The Saints got back on the winner’s list Sunday morning, with AFLW listed players Leah Cutting and Isabella Shannon standouts in the 38-point win over the Bulldogs. 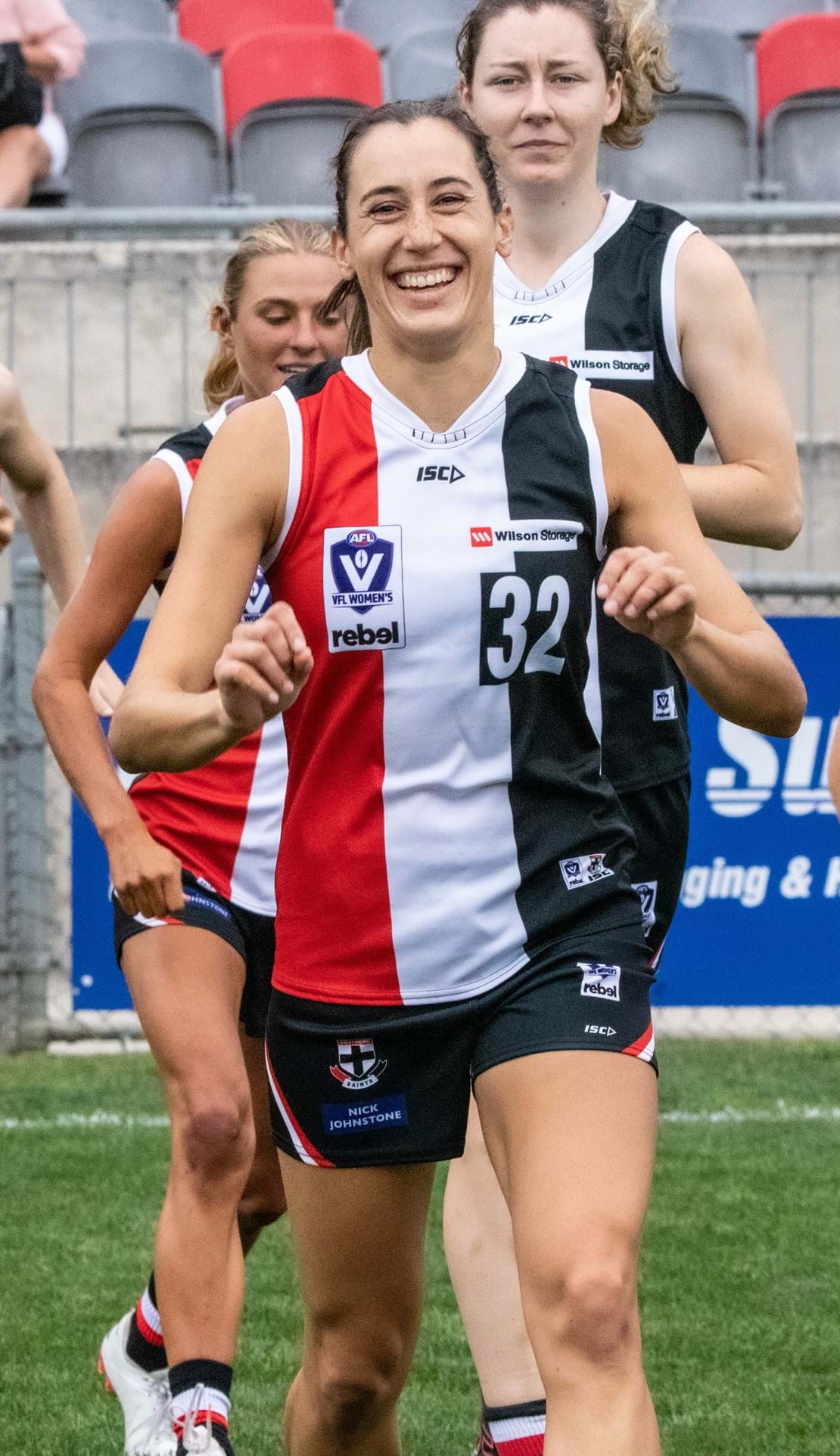 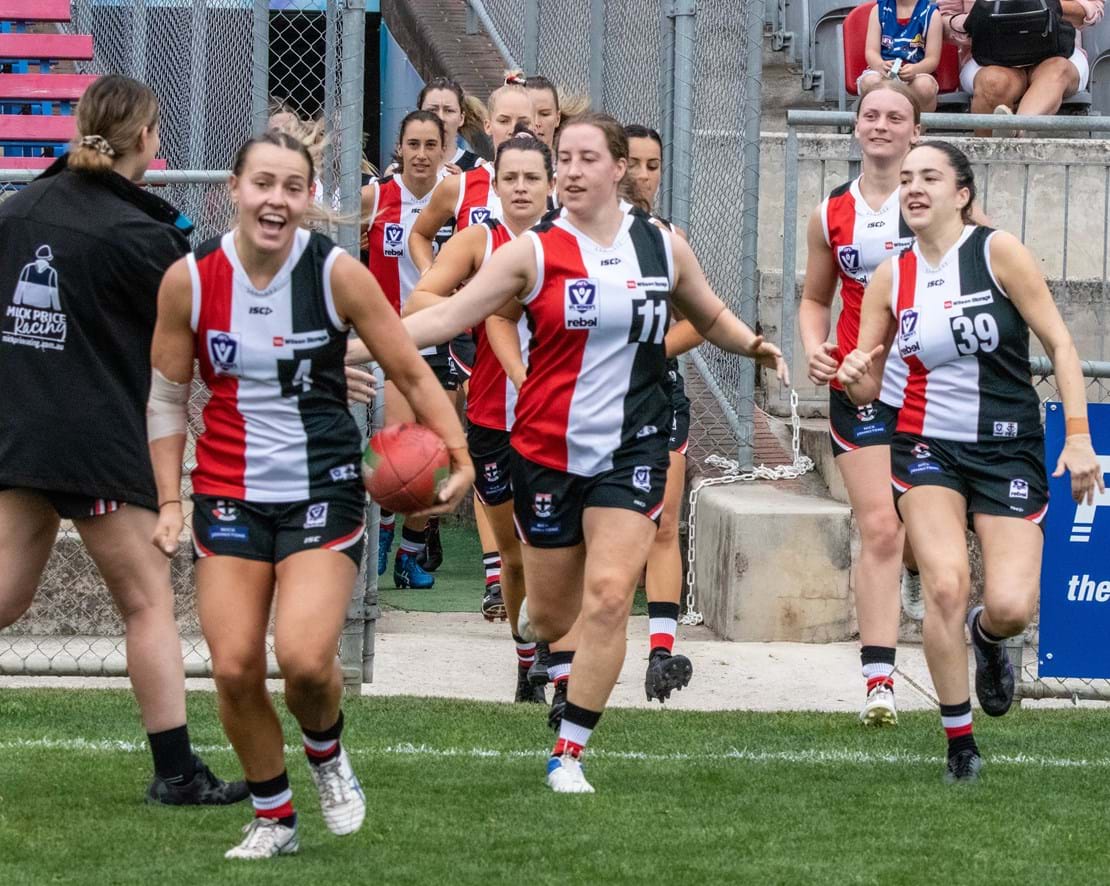 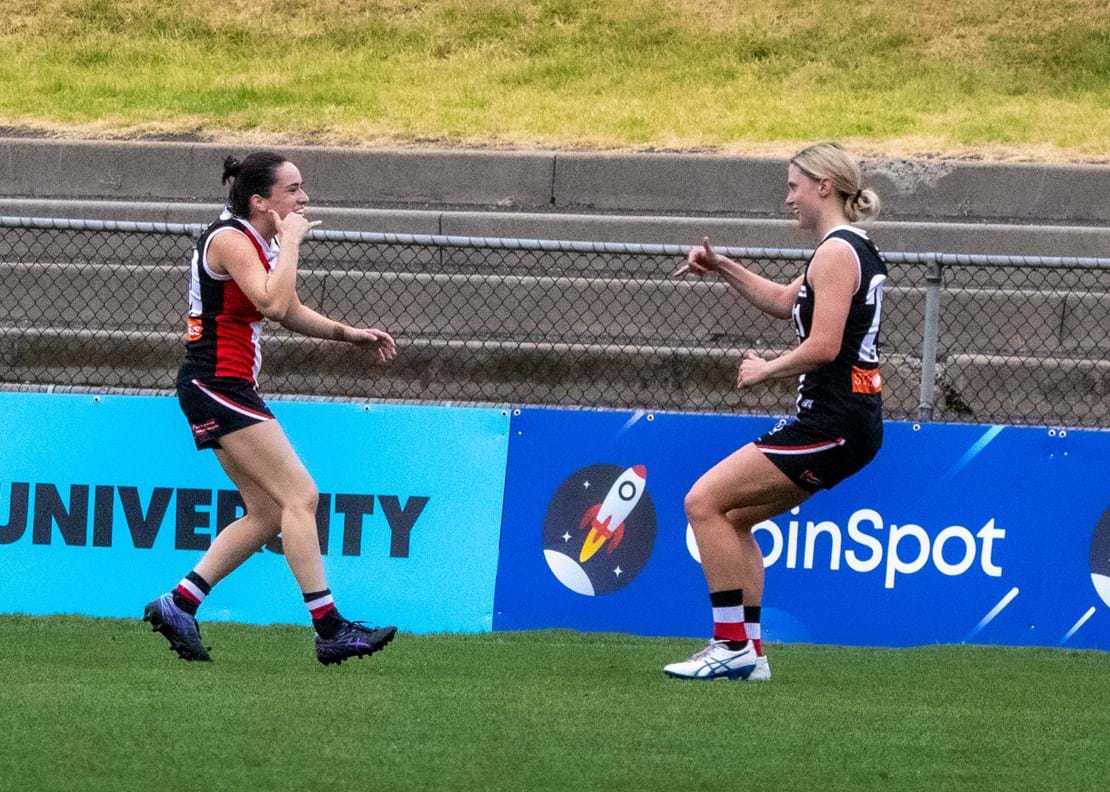 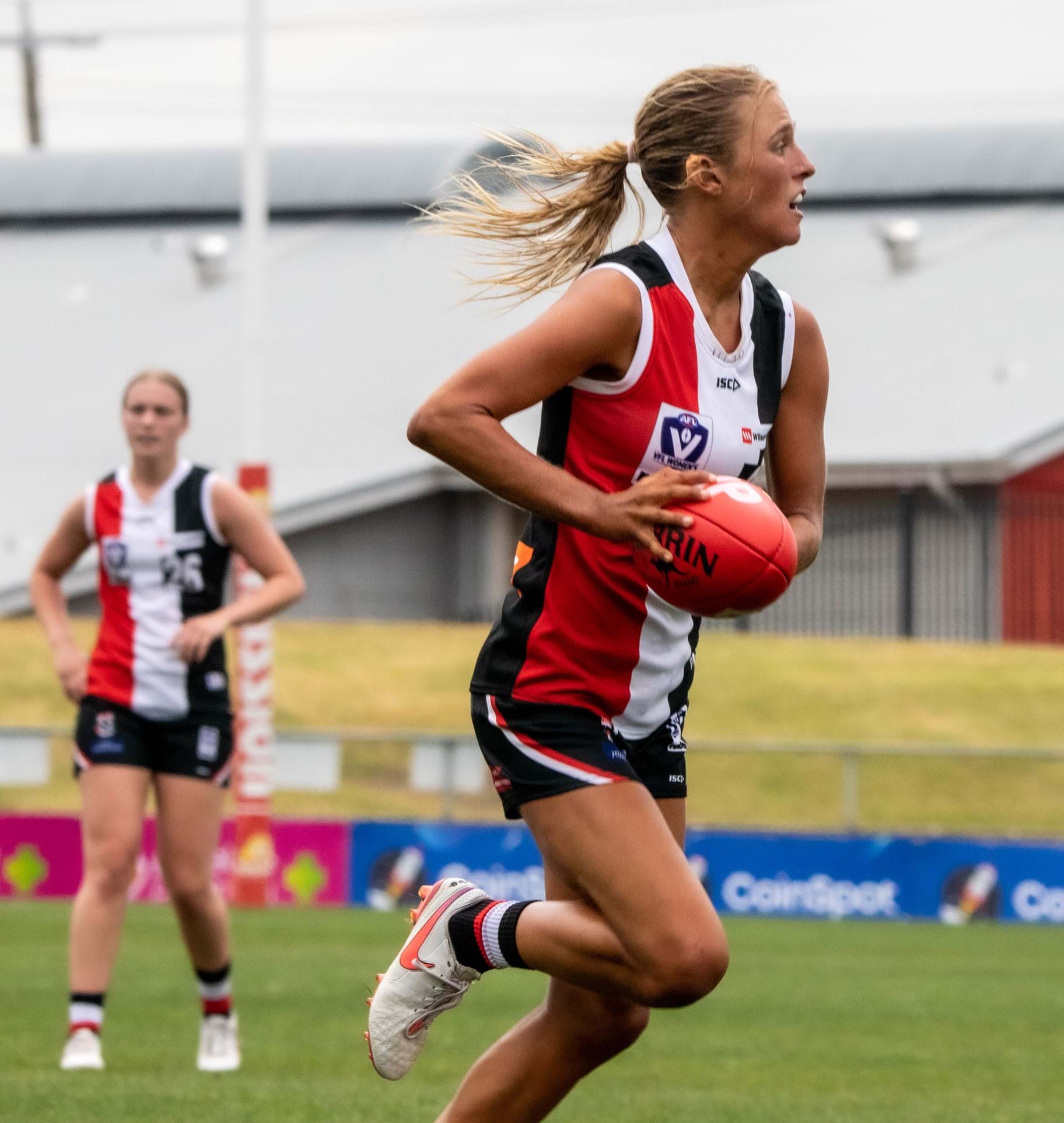 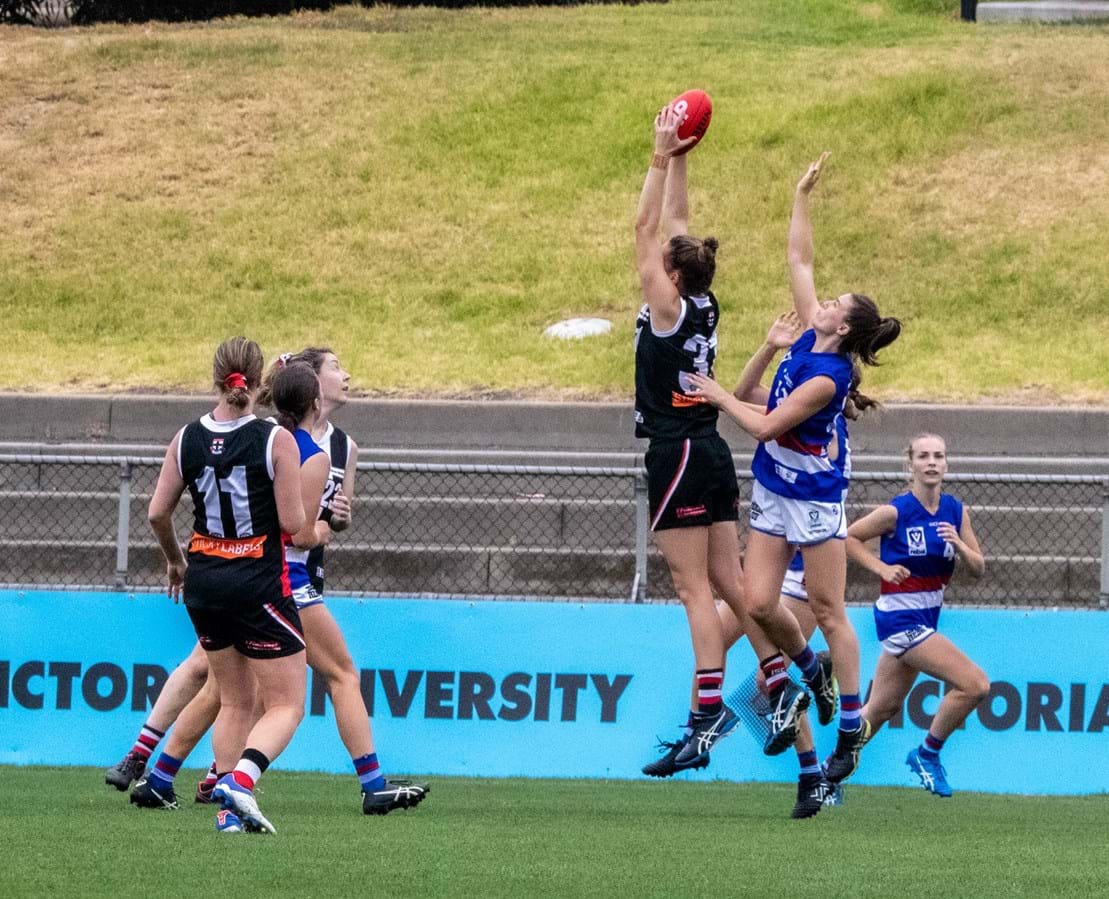 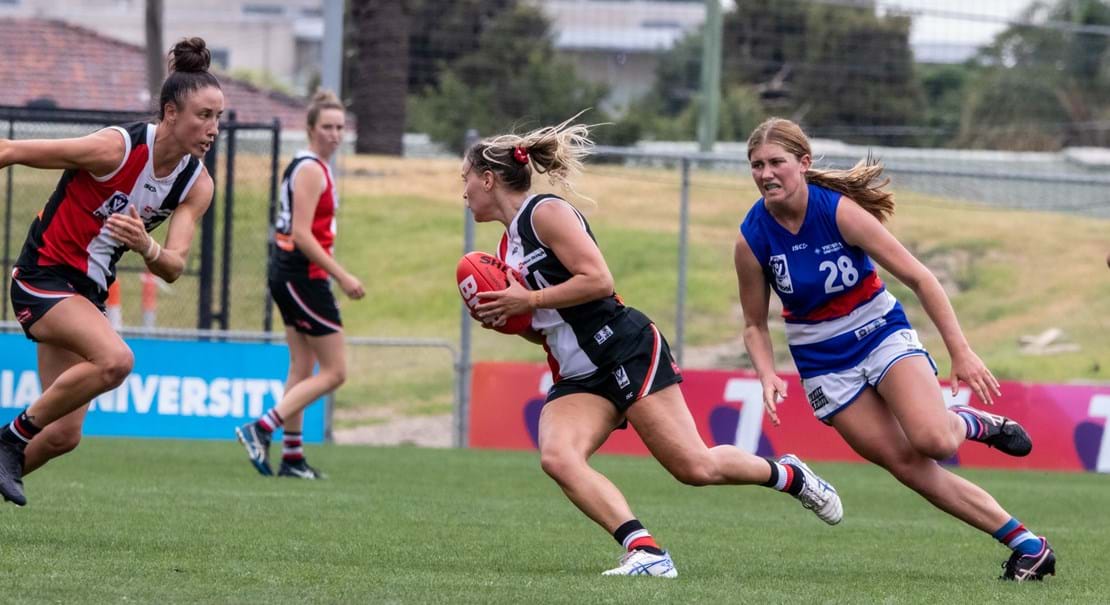 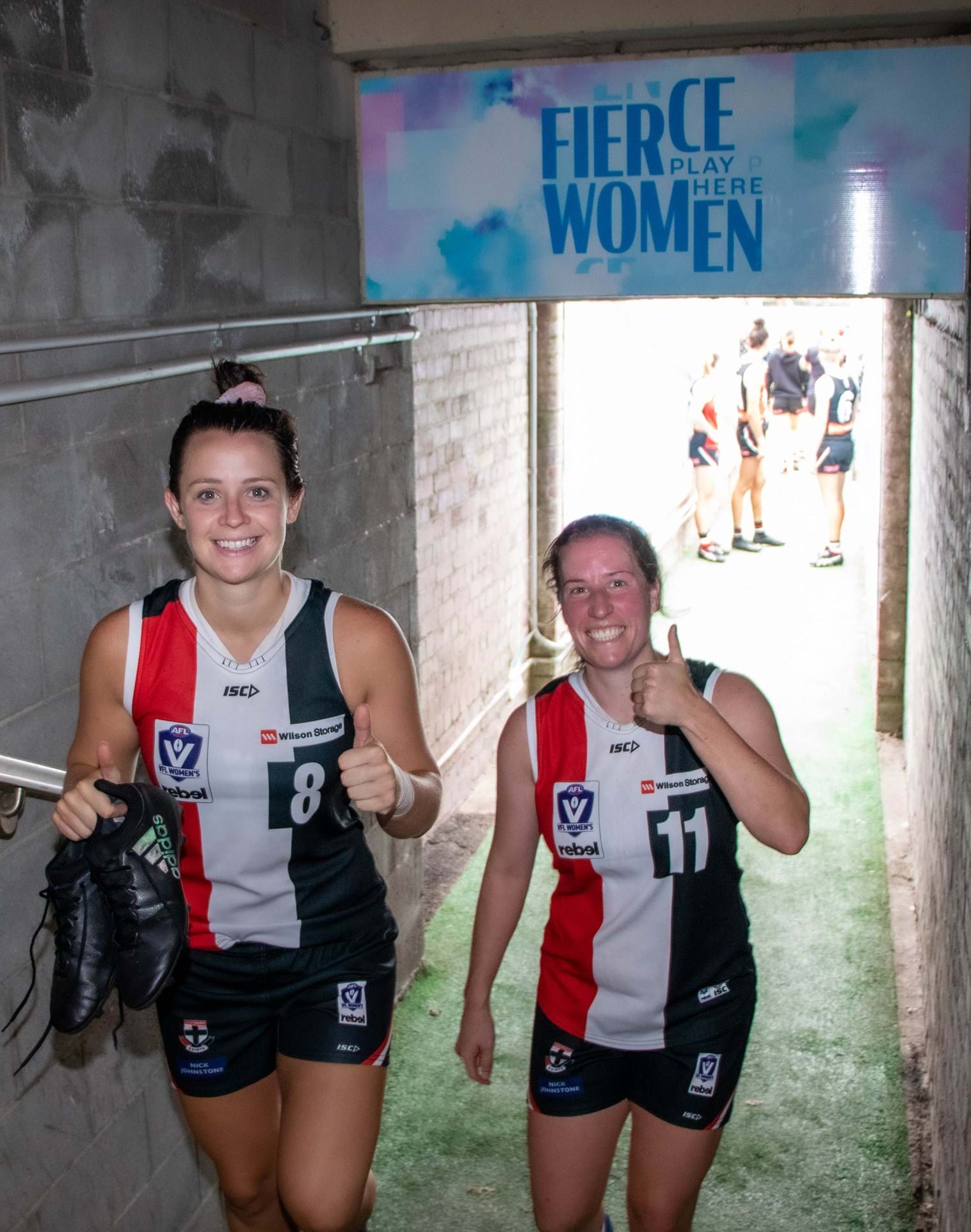 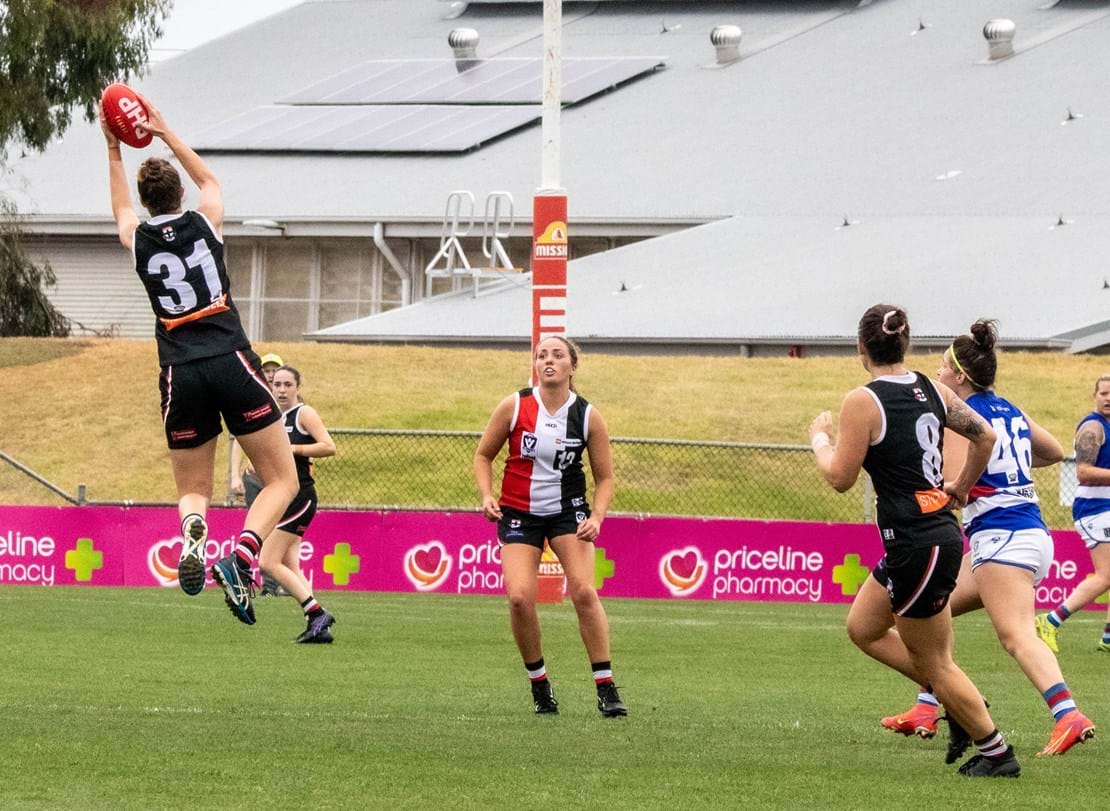 Coming into the side as two of four inclusions from the St Kilda AFLW list following last week’s loss to Carlton, Shannon and Cutting dominated from the word go.

Shannon was a constant threat up forward for us, creating plenty of chances and pressure. She finished with 28 disposals, 21 of those kicks, six marks plus two goals.

In an enthralling matchup with Bulldog ruck Jaimee-Lee Morrow, Cutting was a force across the ground and in each contest. She won that duel and finished with 25 disposals, 24 hitouts, five tackles and three clearances.

Winnie Laing continued her good form to start 2022 as well, kicking her first goal for us and finishing with 16 disposals plus six marks on a cloudy morning at Whitten Oval.

It was a tussle at the start of the contest after the Western Bulldogs missed a chance in the first minute. However following a good transition from their defence, the Dogs managed to kick the first goal of the contest through Mary Sandral.

We immediately responded with a goal for Shannon, who had looked threatening early on up forward. After that goal we started to lock it in, however we still couldn’t convert our chances.

Towards the end of the quarter Gabriella De Angelis managed to kick our second. And after a late chance for the Bulldogs, which was stopped by Grace Buchan, we held on to a seven point lead heading into the first break.

At the start of the second quarter we started out on top, creating tons of pressure and forcing plenty of errors from the Dogs. Despite locking it in, we failed to convert the first two chances of the quarter.

However, after continuing to keep the ball in our forward 50, Shannon was on the end of a kick from Peck and snapped her second goal of the contest. The pressure continued following that goal, but the Bulldogs started to even it out midway through the quarter.

They even got some inside 50’s of their own, however our defence, led by Ebony Nixon, stood firm and repelled any attack from them.

We started to get more chances and got back to creating plenty of pressure. Following a Shannon miss we locked it in and Kayla Ripari kicked our second goal of the quarter.

Only a few minutes after the Ripari goal, Hannah Stuart managed to kick a goal from out of a pack as we started to dominate in midfield and attack.

Winnie Laing then got in on the act, kicking our third goal with a few minutes remaining. The Bulldogs had a late chance through Morrow, however she missed everything as we kicked 27 points to none and took a 35 point lead at the main break.

The Dogs started the quarter determined to fight back, locking it inside 50 and creating plenty of pressure. However, as they had earlier on, our defence stood firm.

Following that strong start from them, they and Sandral managed to kick their second goal and continued to pressure us. But we responded through Tahlia Meyer after a quick transition from defence into attack.

The Dogs started to get back on top and managed to kick their second of the quarter. Following that goal though it started to become more of a scrap until the end as we held on to a 29 point lead at three quarter time.

At the start of the fourth it was the Bulldogs who yet again got the first chance, with Ilena Gentile taking a one-handed mark to stop a certain early goal.

We managed to break the deadlock midway through the quarter following yet another smooth transition, with Amelia Peck continuing her good day and kicking her first goal of the day.

After that goal we started to slow it down as the clock wound down, with a couple of missed late chances as we picked up a 38 point win, keeping the Dogs scoreless again in the final term and getting back on track in season 2022.