Saints put up fight in first loss of 2022

The Saints performed gallantly against a strong Carlton side, but it wasn’t enough as we went down at Ikon Park by eight points. 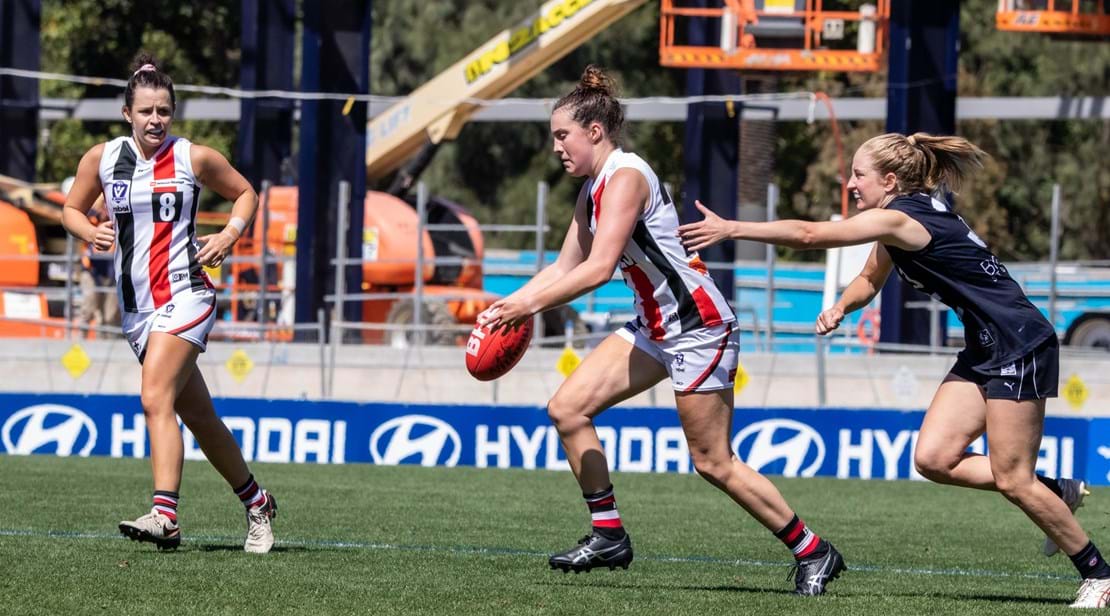 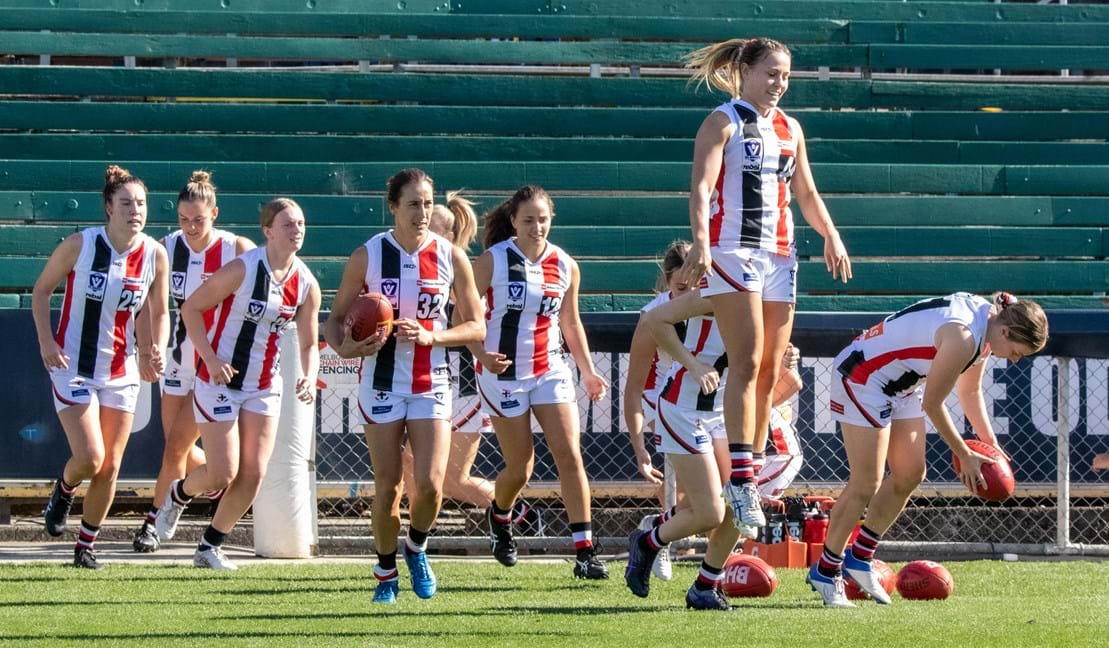 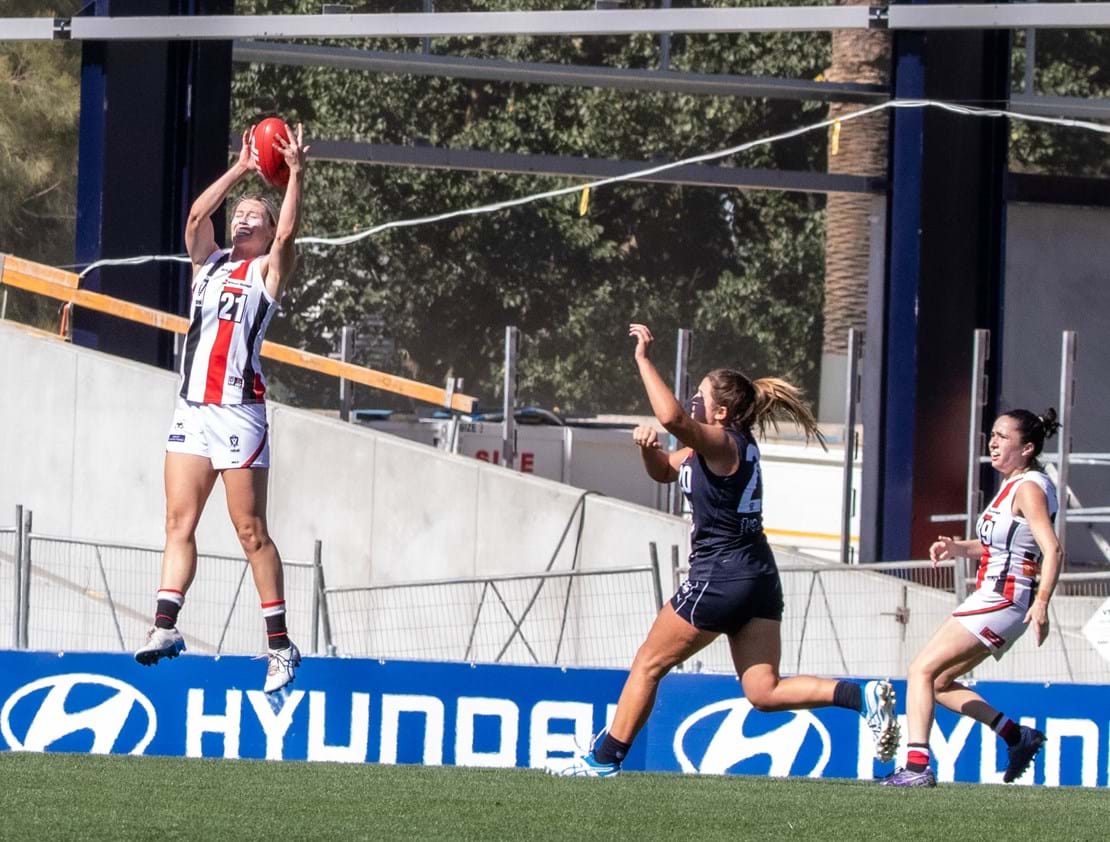 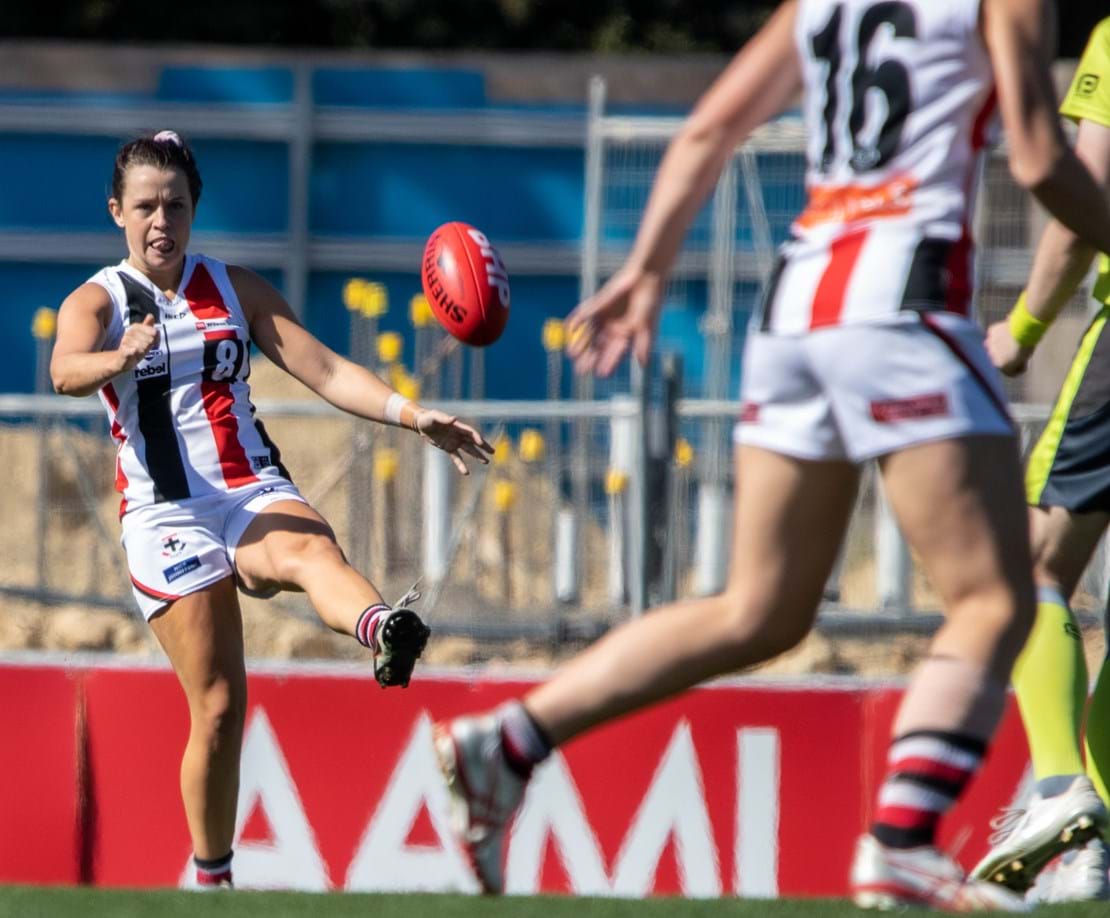 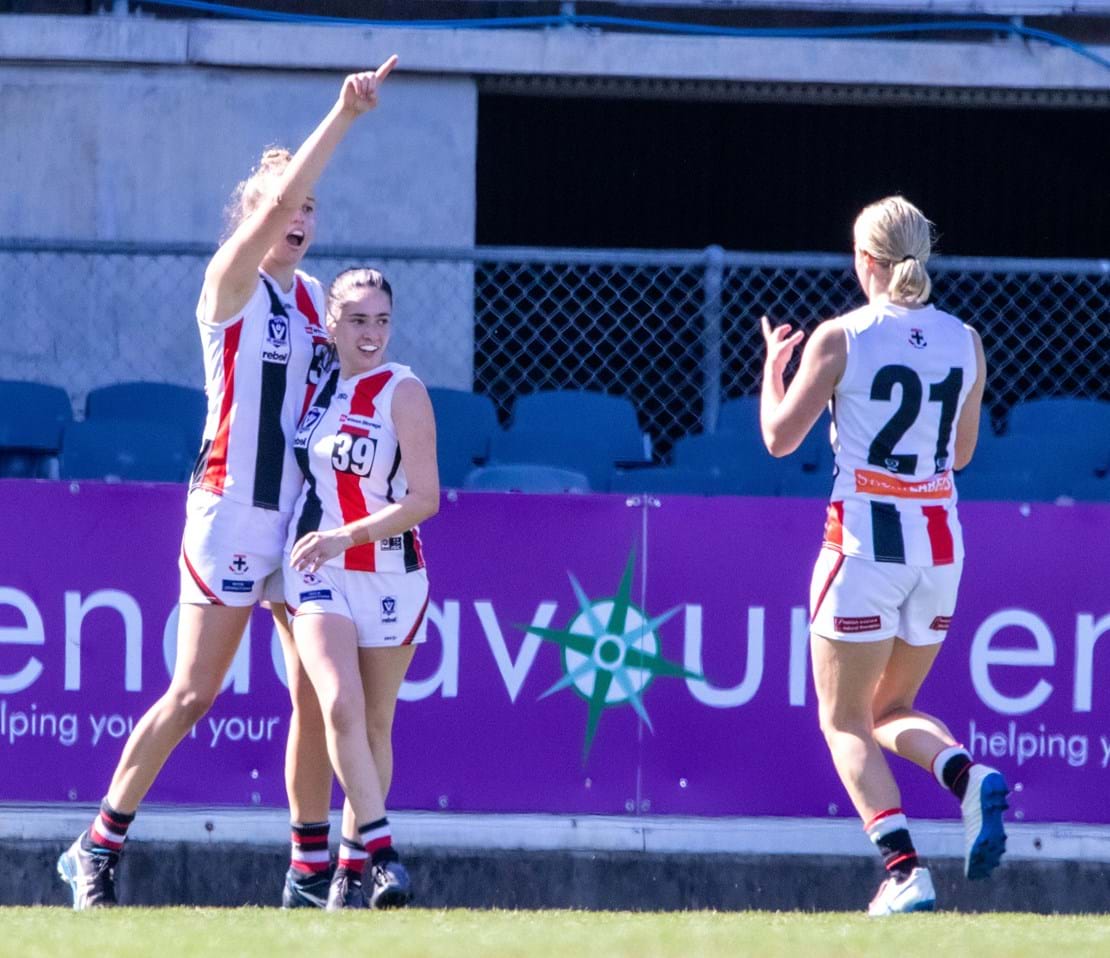 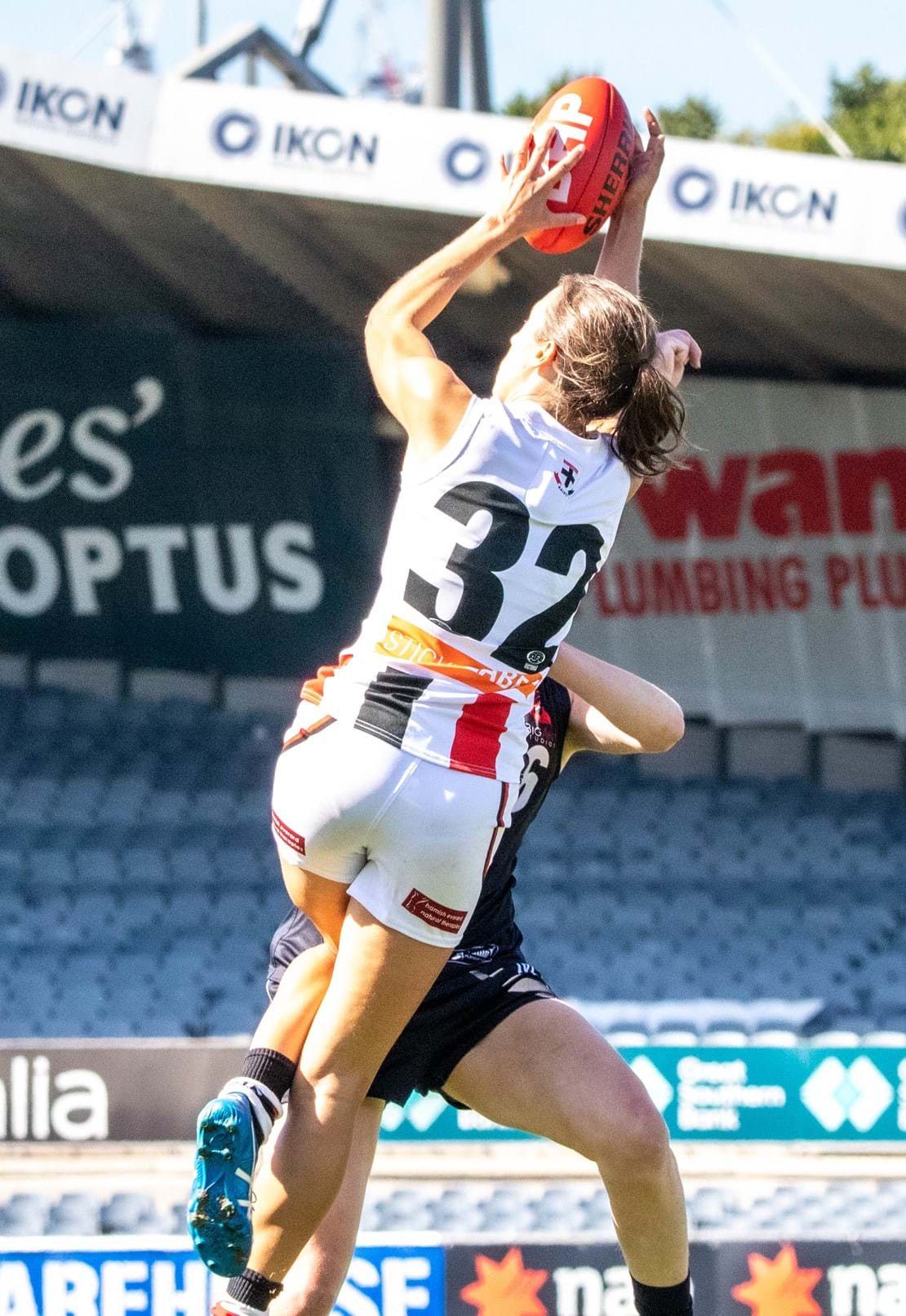 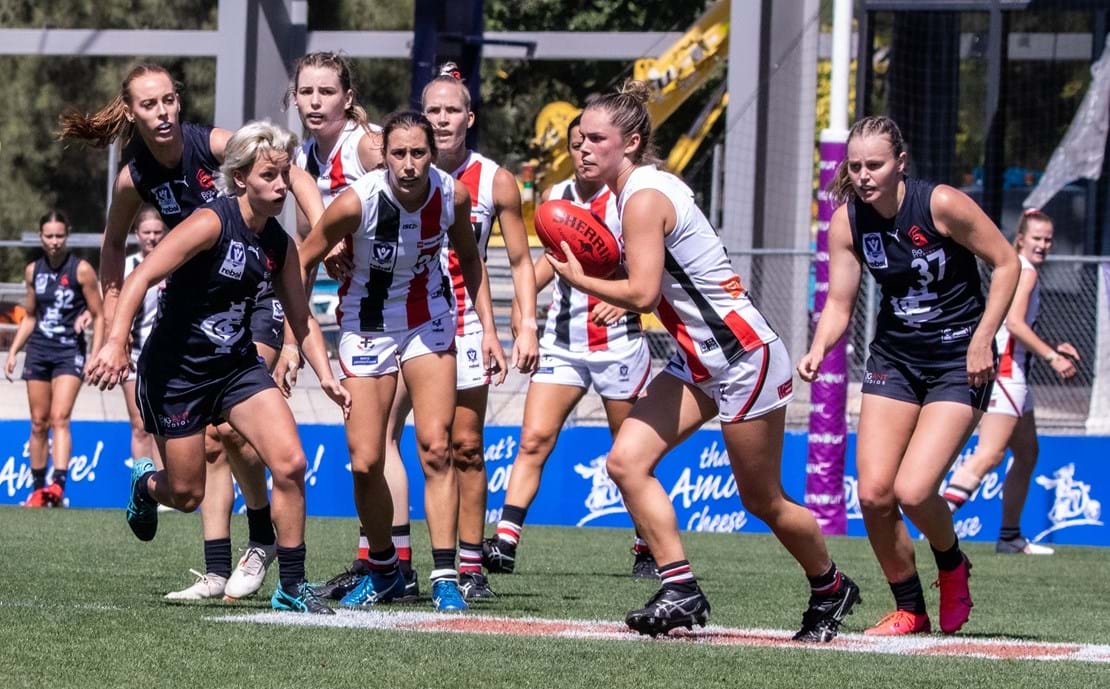 It was an arm wrestle for most of the contest, however after being down early on in the fourth we couldn’t fight back in our first loss of 2022.

Captain Deanna Jolliffe led us from the front with a super performance. Constantly getting down and dirty, she finished with 18 disposals, 11 tackles and 5 clearances.

Winnie Laing also worked hard on the wing against her old side, covering plenty of ground and finishing with 15 disposals, 5 marks and 5 tackles.

Grace Buchan also continued on from her colossal performance at Vic Park down back. Consistently starting attacks for us and putting a halt to Carlton attacks she got 14 disposals plus 4 marks.

Heading towards the Royal Parade end of Ikon Park, it was a tight start to the match. The Blues had their inside 50s, however similarly to last week we stood firm.

The first two big chances went to us, but both shook the same goal post. The Blues then went down forward and kicked the first goal of the match through Poppy Schaap.

Following that goal Carlton started to up the pressure, but our defence yet again stood firm. We had the last two chances of the quarter but missed them as the Blues led by two points at the first break.

It was a similarly contested start to the quarter. However, moments after a ripping holding the ball tackle from vice-captain Hannah Stuart, Amelia Peck was on the end of a beautiful ball from Nicki Wallace and slotted her first goal for us this season.

Not long after we took the lead, the Blues responded with two goals in a matter of minutes gaining an eight point lead midway through the quarter.

Tayla Kearns immediately responded with her first goal of the season to cut the margin to two points. Carlton looked threatening towards the end of the quarter, however we held firm and kept the margin at two at half time.

The third started with an immediate holding the ball free kick to us. After we had chances to take back the lead, the Blues got on the transition and kicked the first and only goal of the third.

It became more even as the quarter moved along, with Amelia Peck kicking a behind after a good transition play from us. Whilst we created pressure up forward after that, we didn’t manage to score as Carlton took a seven point lead heading into the final break.

Despite a lace out kick from Jolliffe to Kearns to start the fourth, it was a tense start to a massive final quarter at Ikon Park. However, the Blues built from the back again, with Hammans kicking an easy second goal to extend the margin to 13 points.

We immediately responded through Kearns, who was on the end of a good transition from the far wing. It started to get more even, with both teams missing chances to pick up big goals.

Towards the end we created pressure in our forward line. The Blues stood firm though and held on to pick up a crucial win for their season and give us our first loss of 2022.