The Southern Saints are through to their first VFLW Grand Final following a convincing 20-point victory in the Preliminary Final. 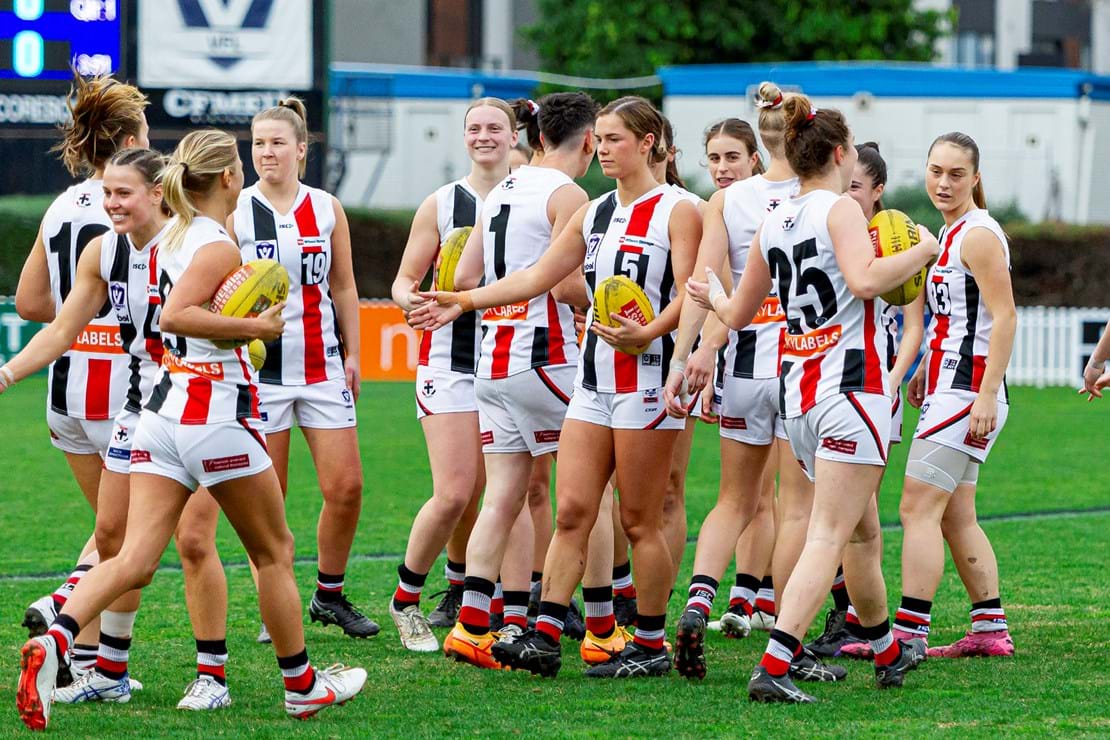 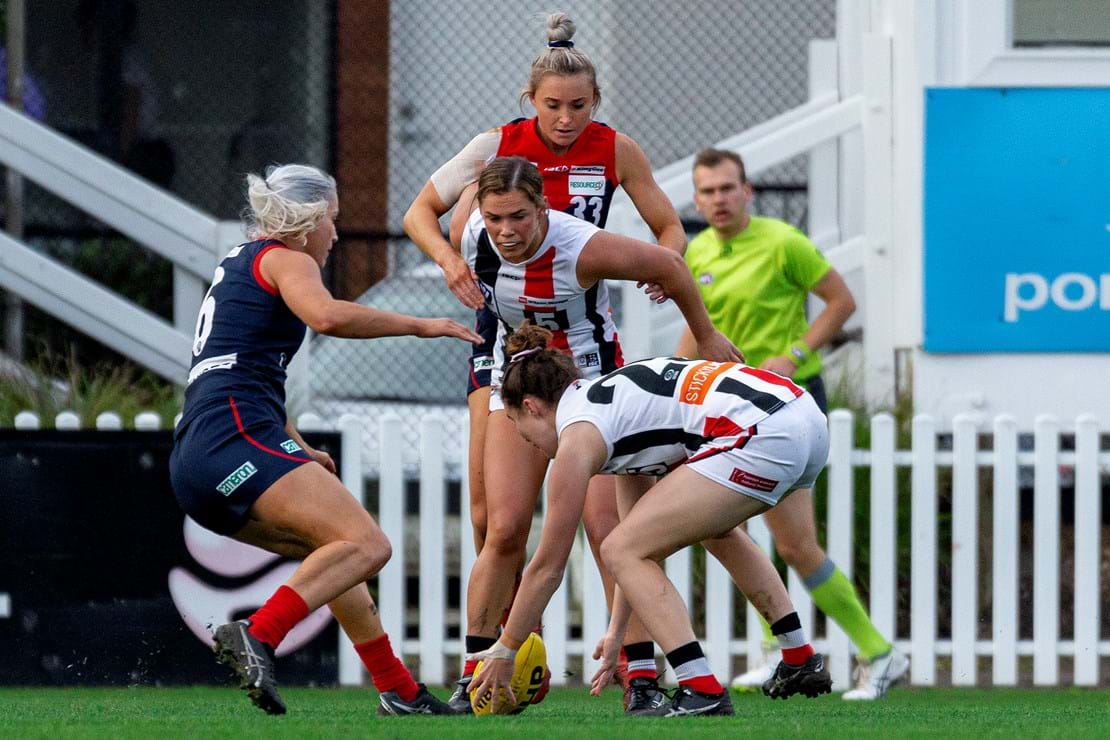 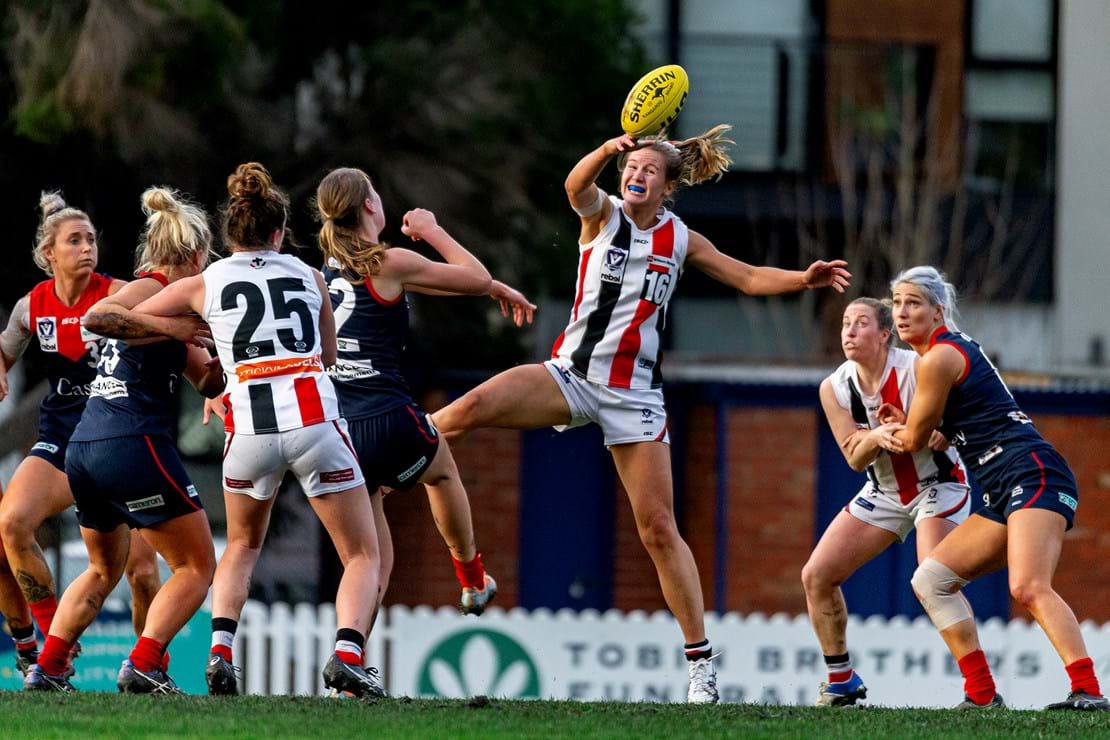 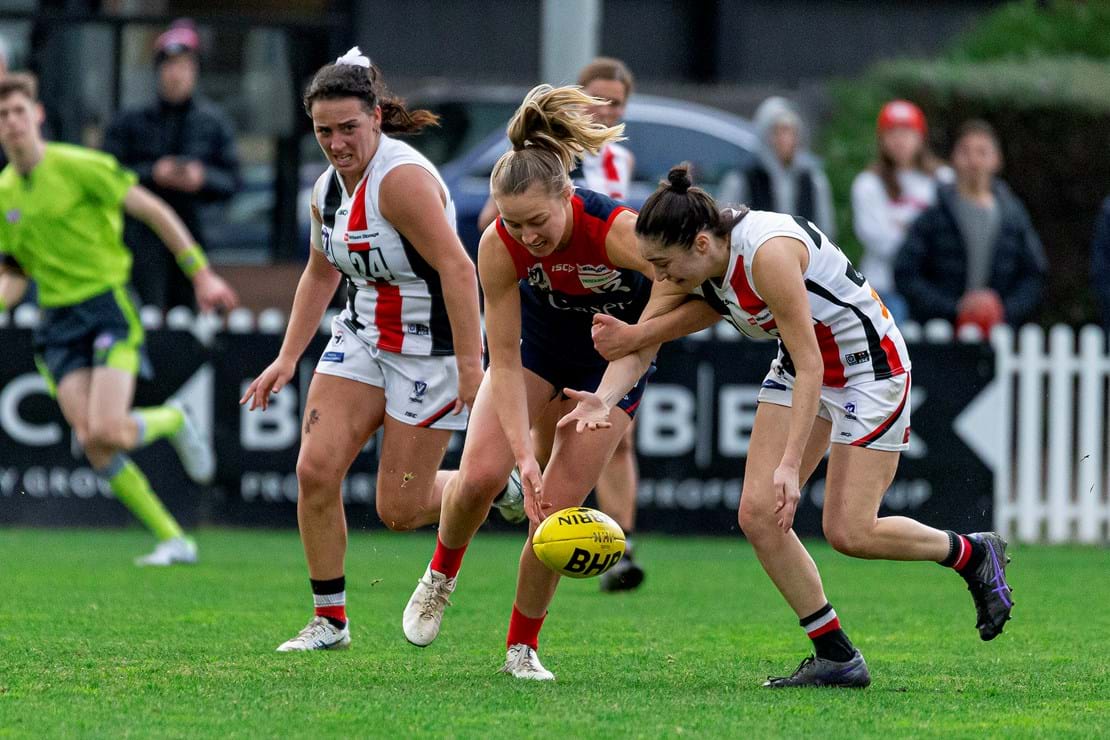 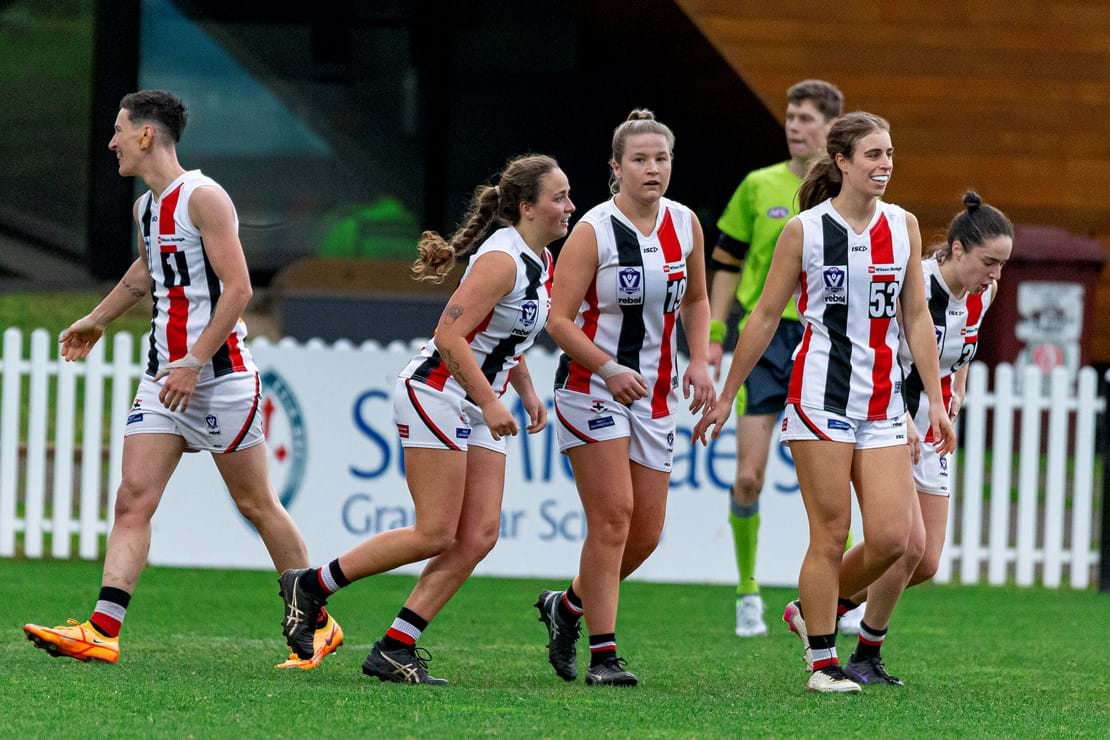 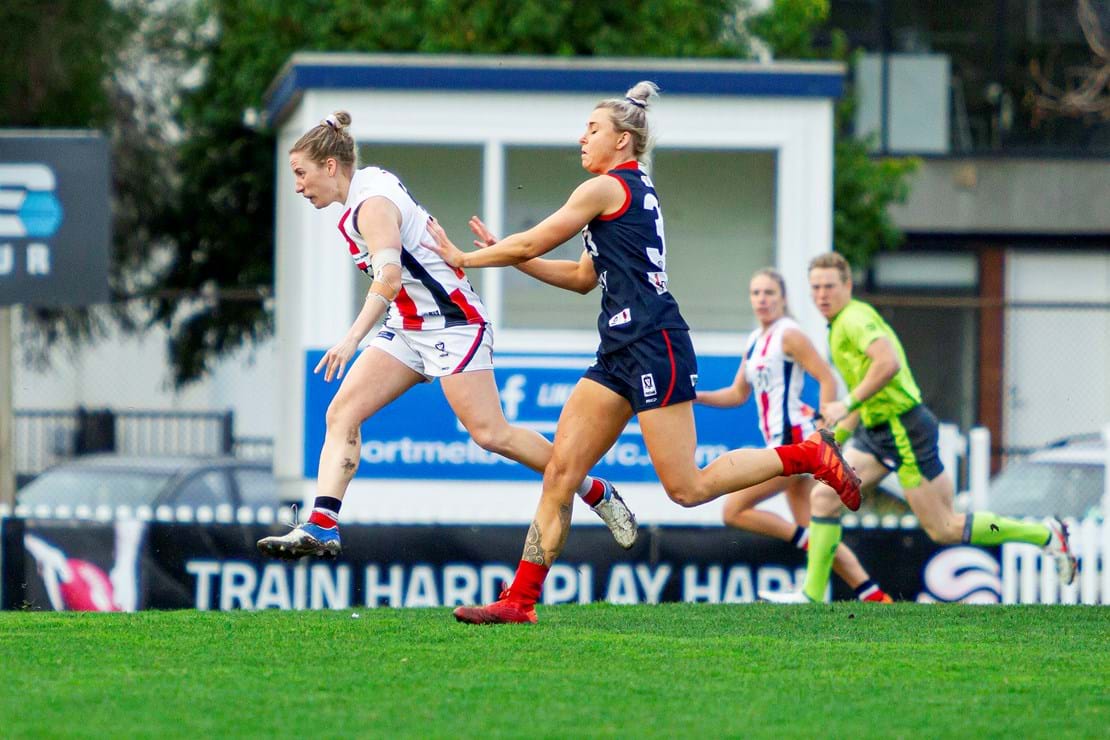 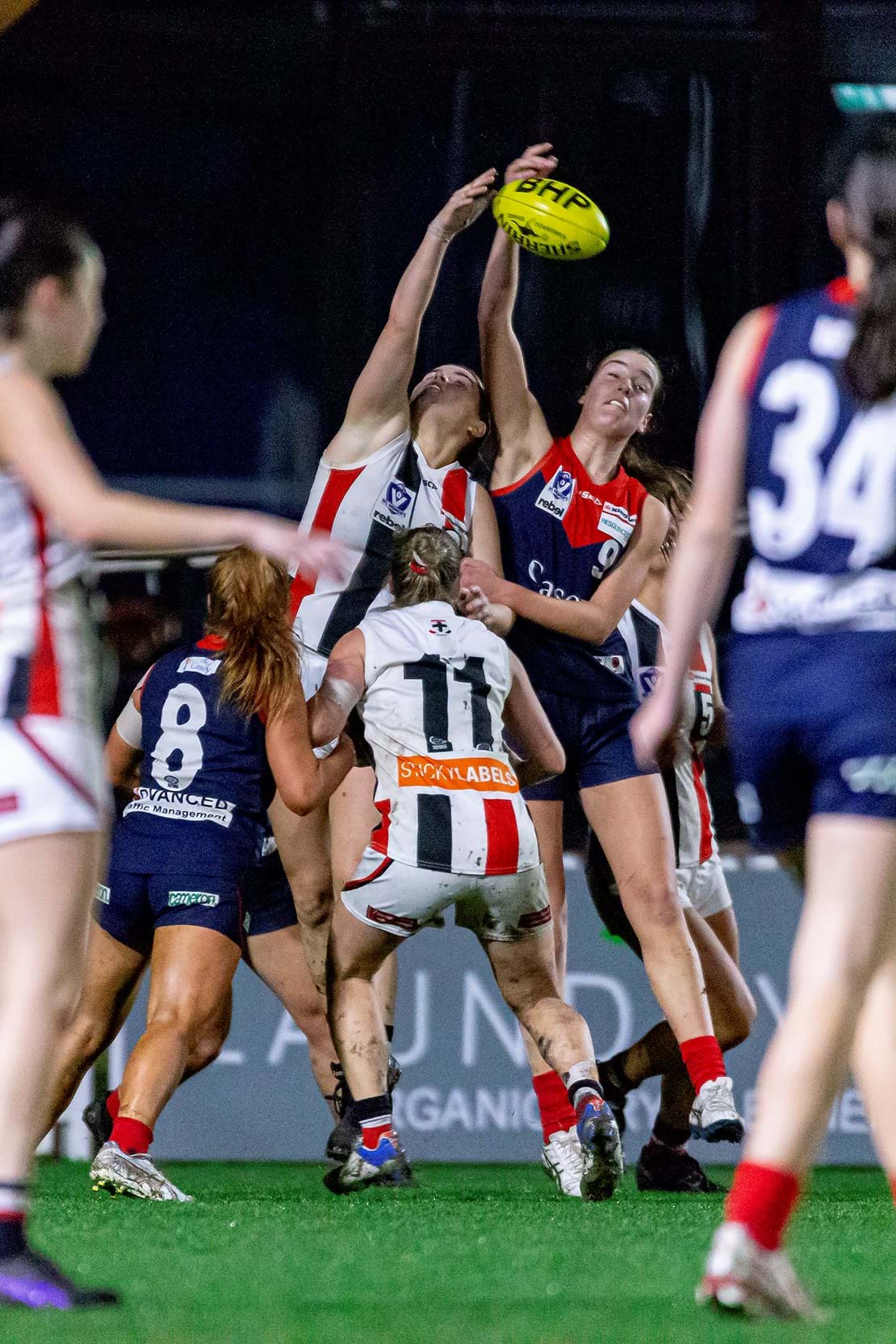 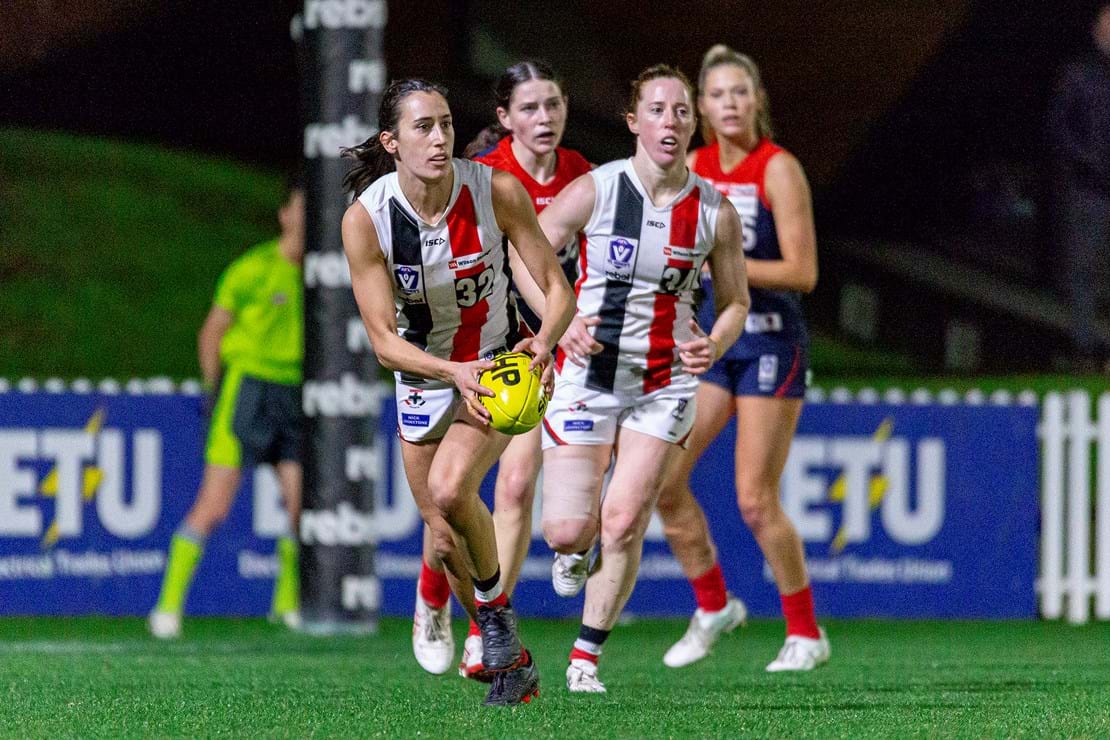 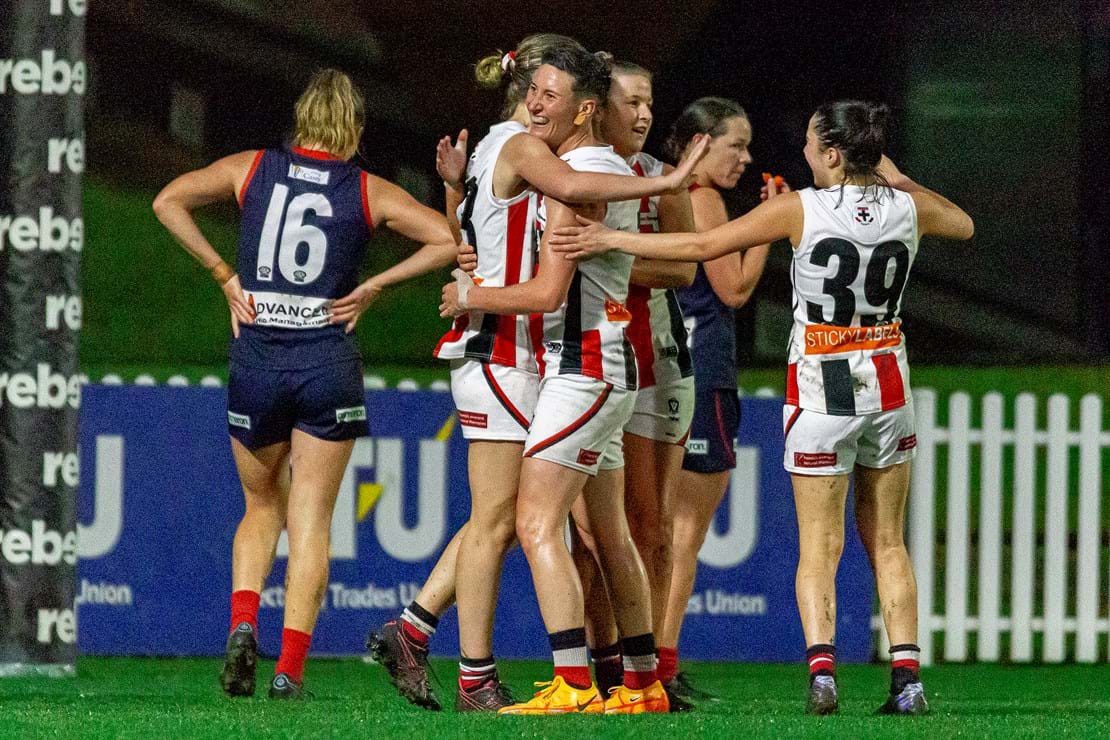 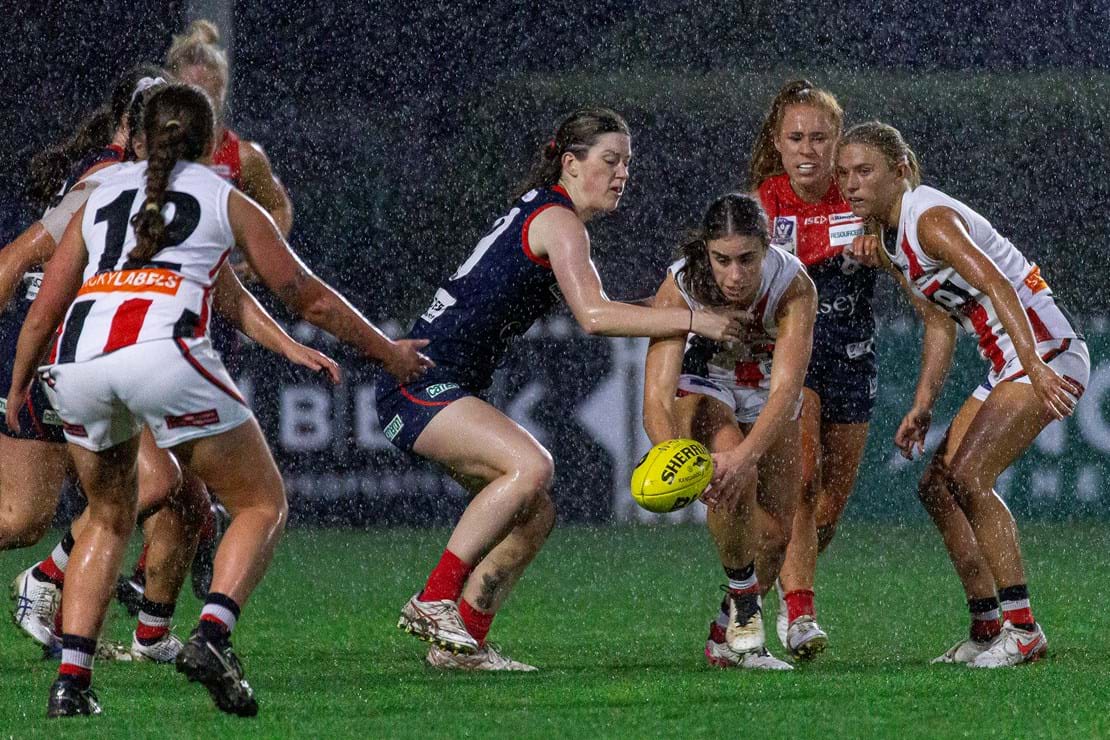 Up against a Casey side that had convincingly defeated us earlier in the year, it was another strong performance against a higher opponent, this time at ETU Stadium.

Grace Buchan had another strong showing down back, consistently making smart decisions, rebounding from defence and collecting 23 disposals, 22 kicks plus seven marks (all game-high).

Madi Capsalis worked hard all day once more in the midfield, consistently getting hard ball gets and finishing the game with 20 disposals, four tackles plus five clearances.

Hannah Stuart continued to dominate in the midfield, getting 20 disposals, nine tackles and an equal game-high seven clearances on the day.

On a cold winter’s day at the home of Port Melbourne, we won the first battle at the toss, with Captain, Deanna Jolliffe, electing to kick towards the Fred Cook (northern) End of the ground.

It was a fairly even and scrappy start to the contest, with neither team able to create any real chance in the first six minutes. However from the next six minutes we started to get on top and create a couple of small chances.

After a brief period of territory gain for us, it was Casey who kicked the first at the 13 minute mark. Following that goal they continued to press hard for the next five minutes but our defence was not broken.

Later on in the term, we were able to quickly move it from defence to attack, with Slater taking a spectacular mark after many juggled attempts at the top of the square to end the quick move.

She converted the set shot for our first goal of the match 19 and a half minutes in, with the siren sounding mere moments later as we headed into the first break up by two points.

The first goal of the second term came at the four minute mark courtesy of a brilliant De Angelis snap on the run after we had pressed hard early.

After that goal it was our turn once more to press hard and gain some territory for the next three minutes, with our forward pressure starting to become too much to handle for the Demons.

Whilst the Demons gained some territory back between the nine and 11 minute mark, the ball was locked in our attacking half as the game became a scrappy affair.

Following Casey getting on top at the 15 minute mark, we got out on the transition once more before Kearns gained a free near the top of the square for a chance at another late goal.

She converted for her first goal of the match to give us our second goal of the term and a handy 15 point lead heading into the main break.

Following the halftime break it was a similar story to start the second term with us on top as we looked to extend an already handy lead.

Five minutes in, Slater had a chance to kick her second of the game at the Fred Cook End following a 50 metre penalty, slotting it from directly in front to give us the first goal of the second half.

Casey started to get right back into the contest following that goal but once more our defence stood firm and only conceded one point. From the eighth to the 12th minute it started to become a fairly even match once more.

As we started to win the territory battle, Kearns managed to toe poke the ball off the deck and through the big sticks for our fifth to extend our lead to 28 points.

As they started to gain some territory and get on top late on we stopped them in our tracks and headed into the final break with that 28 point lead intact.

The first seven minutes of the final term saw them pressing hard as they looked to somehow break through our brick wall defence.

As the final siren sounded, the Saints bench and fans that had braved the cold conditions to support the girls started to cheer as it signalled our spot in this Sunday’s Grand Final against Essendon at ETU Stadium at 12:15pm.