The Southern Saints were thoroughly outplayed by the top-placed Casey Demons. 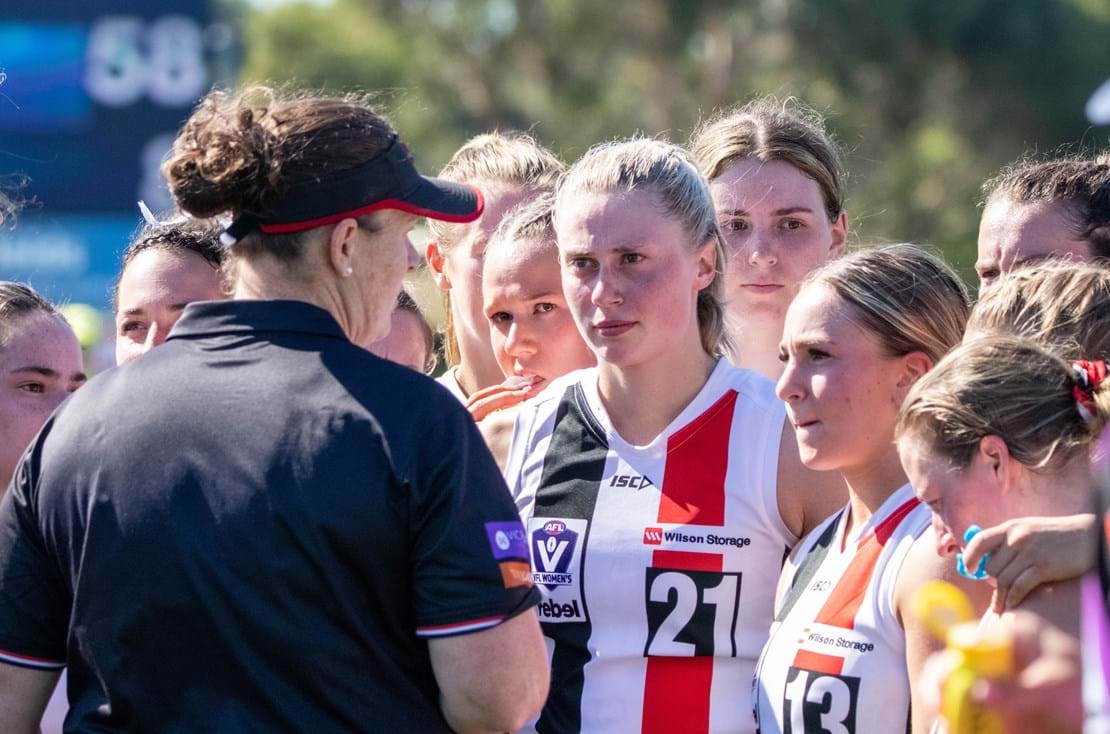 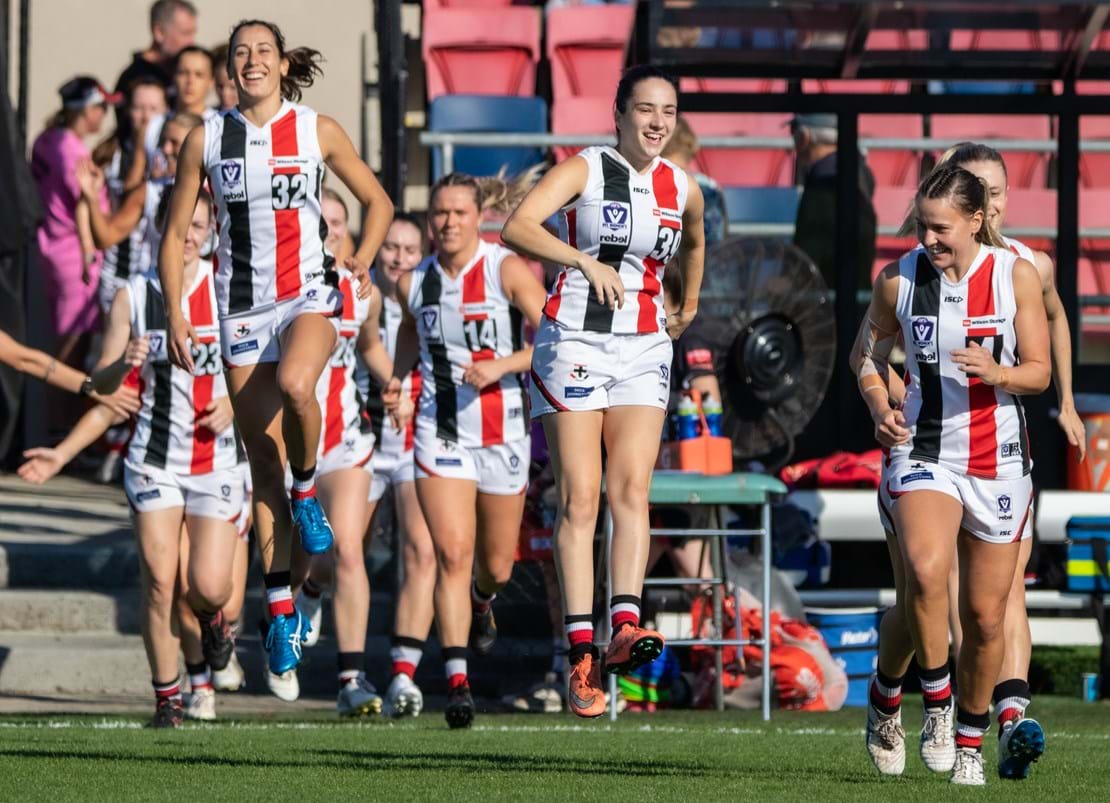 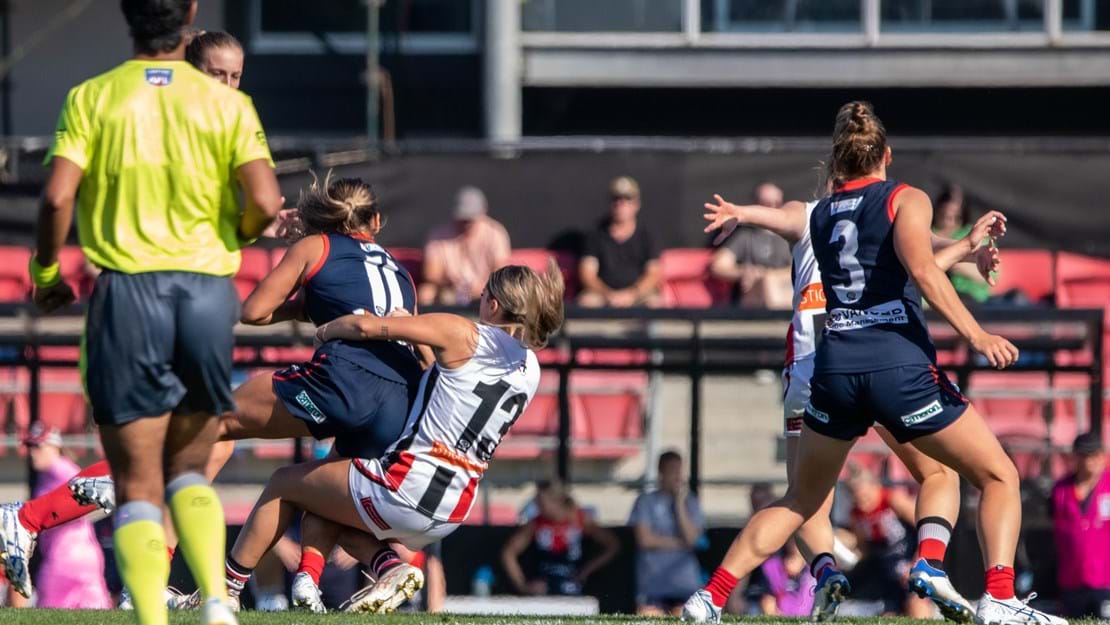 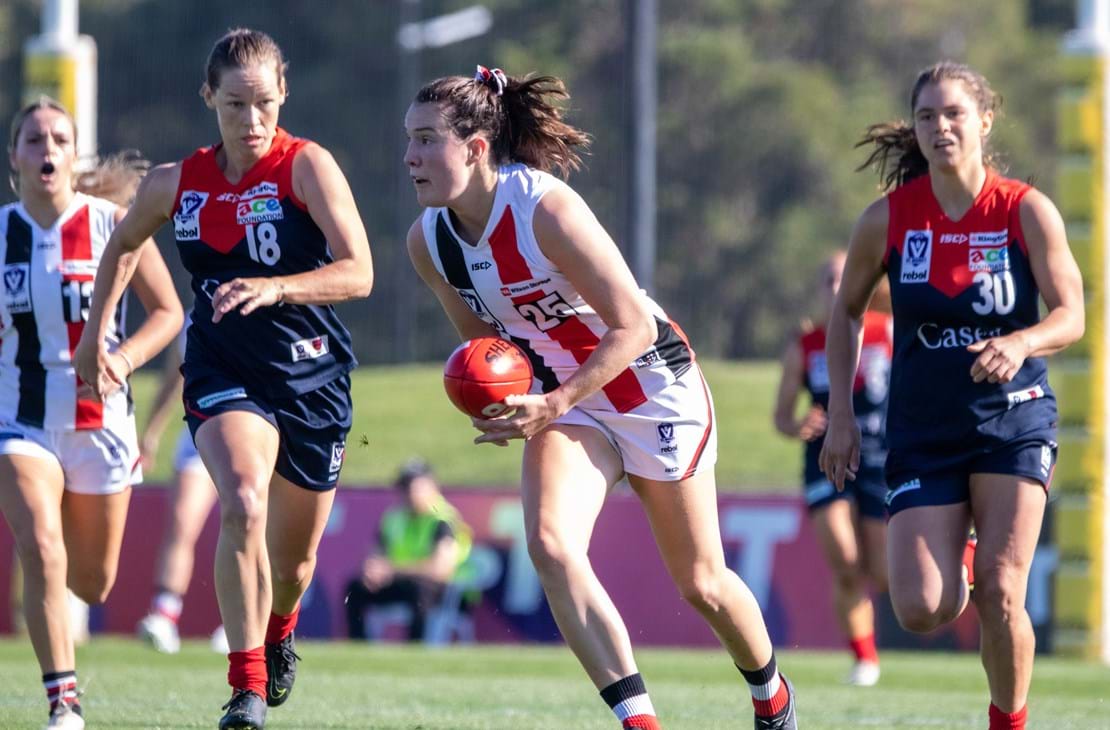 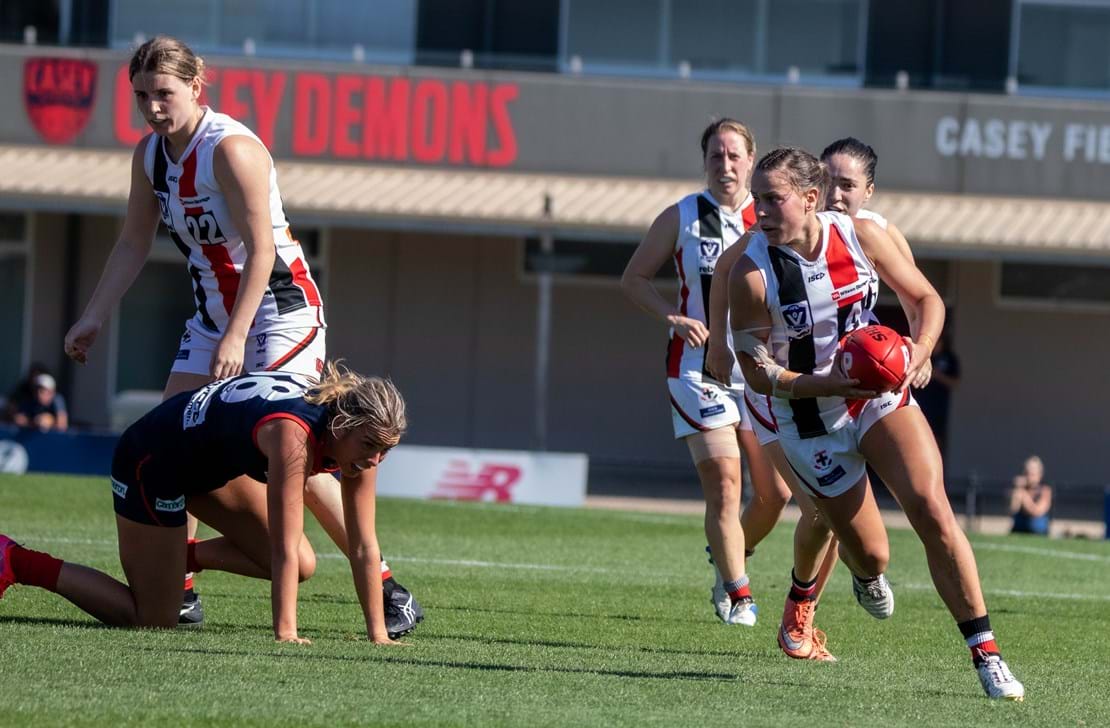 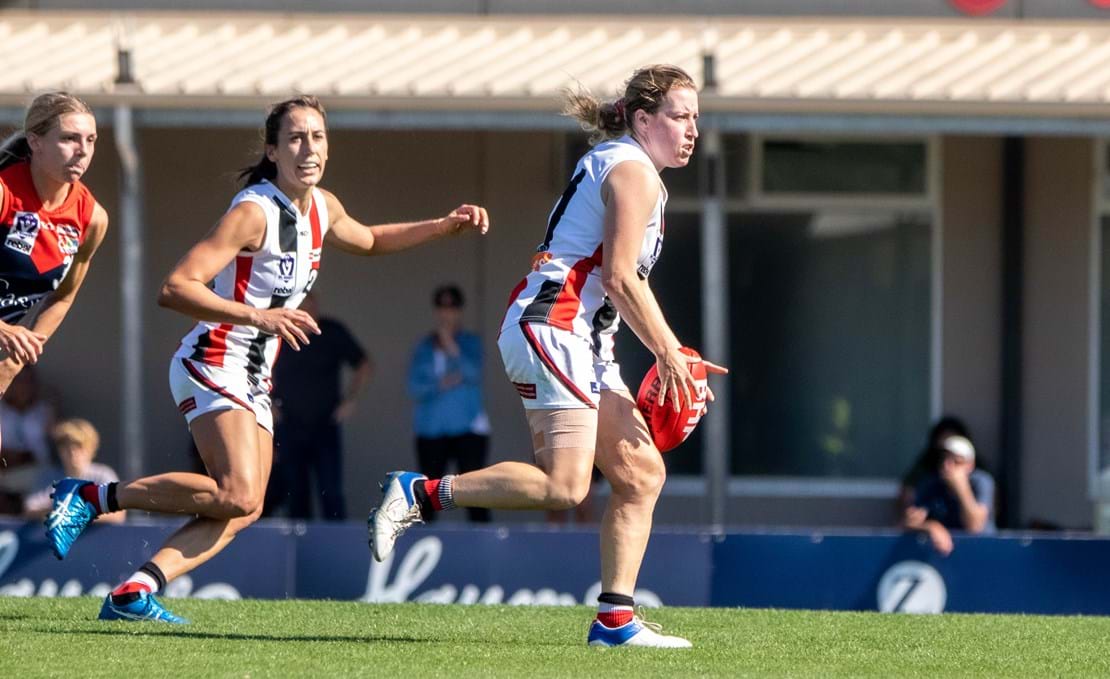 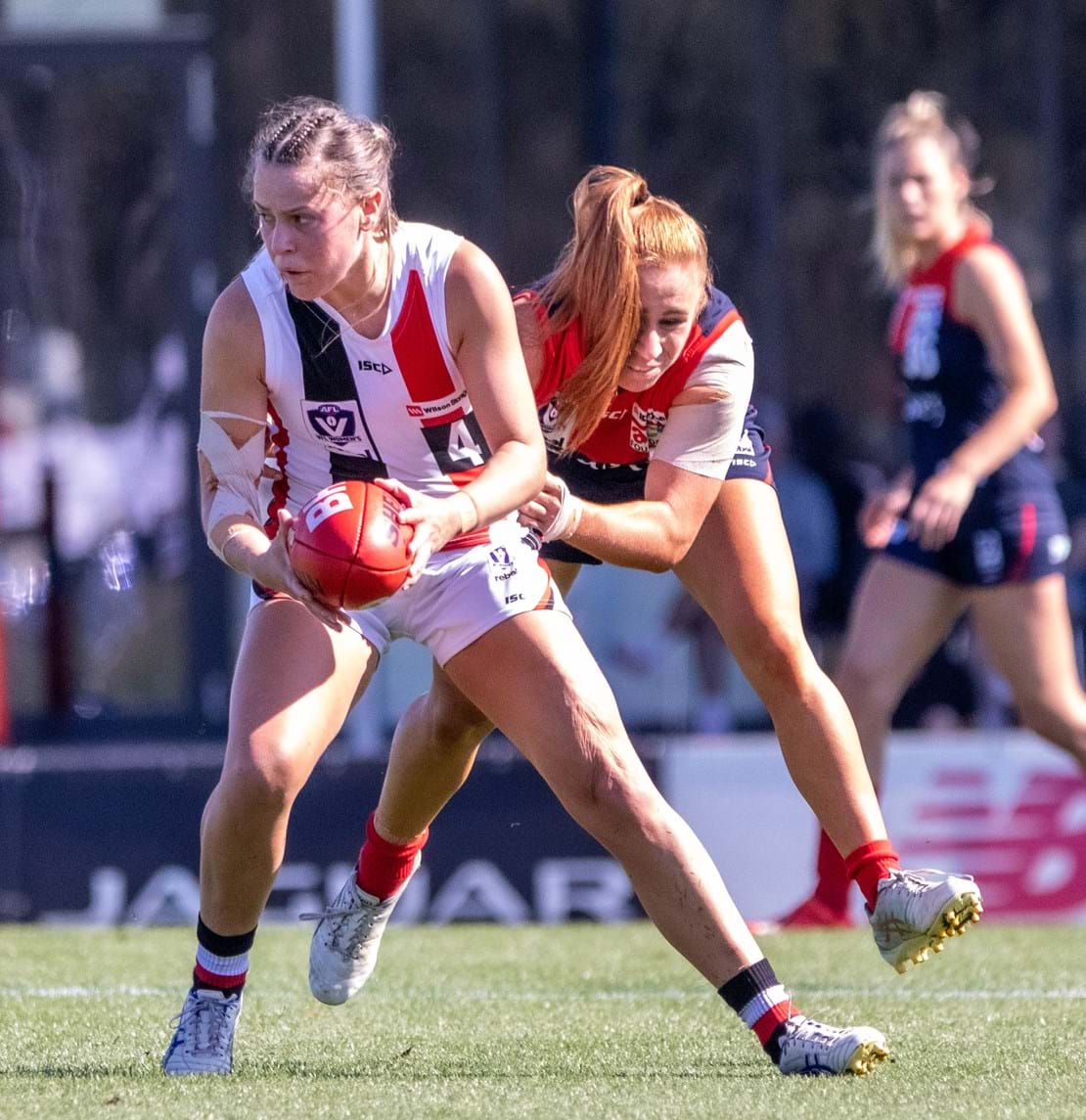 It was a tough day at the office for the Southern Saints as we suffered an 89-point loss at the hands of the Casey Demons, who played 11 AFLW-listed players.

In some positive news, Grace Buchan’s good form continued as she racked up a game-high 22 disposals, including 17 kicks and 4 marks.

But on a warm and sunny morning at Casey Fields, the Casey Demons put on a clinical display.

The first quarter was highly contested with both teams locked in a seesawing contest early in the quarter.

The Demons then began to press, kicking their first major at the 7 minute mark, despite our strong defensive efforts, including a goal-saving mark from Alexandra Hynes.

Casey did more attacking towards the end of the quarter, booting 1 more goal, and led by 16 points at quarter-time.

Casey began the second quarter well, before a strong contested mark on the wing from Amelia Peck allowed her to link up with Melanie Bertuna and Tayla Kearns as we surged forward.

Kearns’ kick inside 50 found Peck again with another strong contested mark, resulting in a minor score.

Midway through the second quarter, Ripari took a good mark on the wing and was able to find Stuart on the run at centre-half-forward. Stuart shrugged a tackle and hit Olivia Flanagan inside 50 who went back and slotted our first goal for the match.

The Demons then kicked 3 unanswered goals, extending their lead to 37 points. A kick forward from Stuart allowed Gabby De Angelis to score just before the half-time siren.

The third quarter was the most contested quarter as our defence held up well. Although, midway through the term Casey were able to kick 2 more goals.

An opportunity came late in the quarter after Chloe Saultry was awarded a free kick inside 50 for holding the ball against Lauren Magee. Unfortunately we were unable to score and went into the final break trailing by 50 points.

Casey broke the game open in the last quarter as they kicked 6 more goals, winning the clearances and dominating the inside 50 count.

Despite winning the tackle and free-kick counts, we endured our second defeat of season 2022 against a strong Demons side.