Zebras suffer tough Round One loss to reigning premiers

The Sandringham Zebras suffered a tough 40-point defeat at the hands of a polished Richmond side in their Round 1 matchup of the new 2021 VFL Premiership season at the Swinburne Centre, Punt Road on Friday April 16. 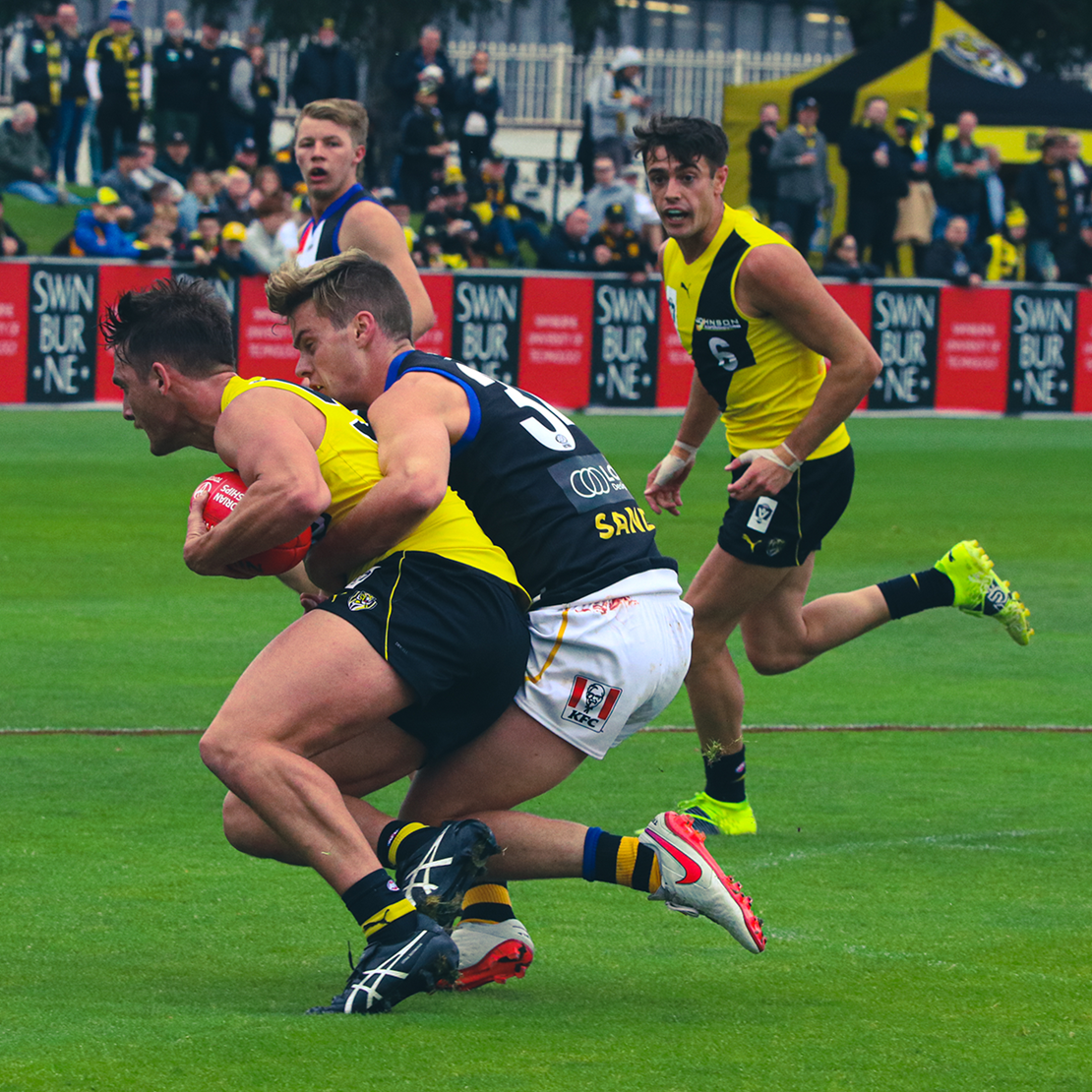 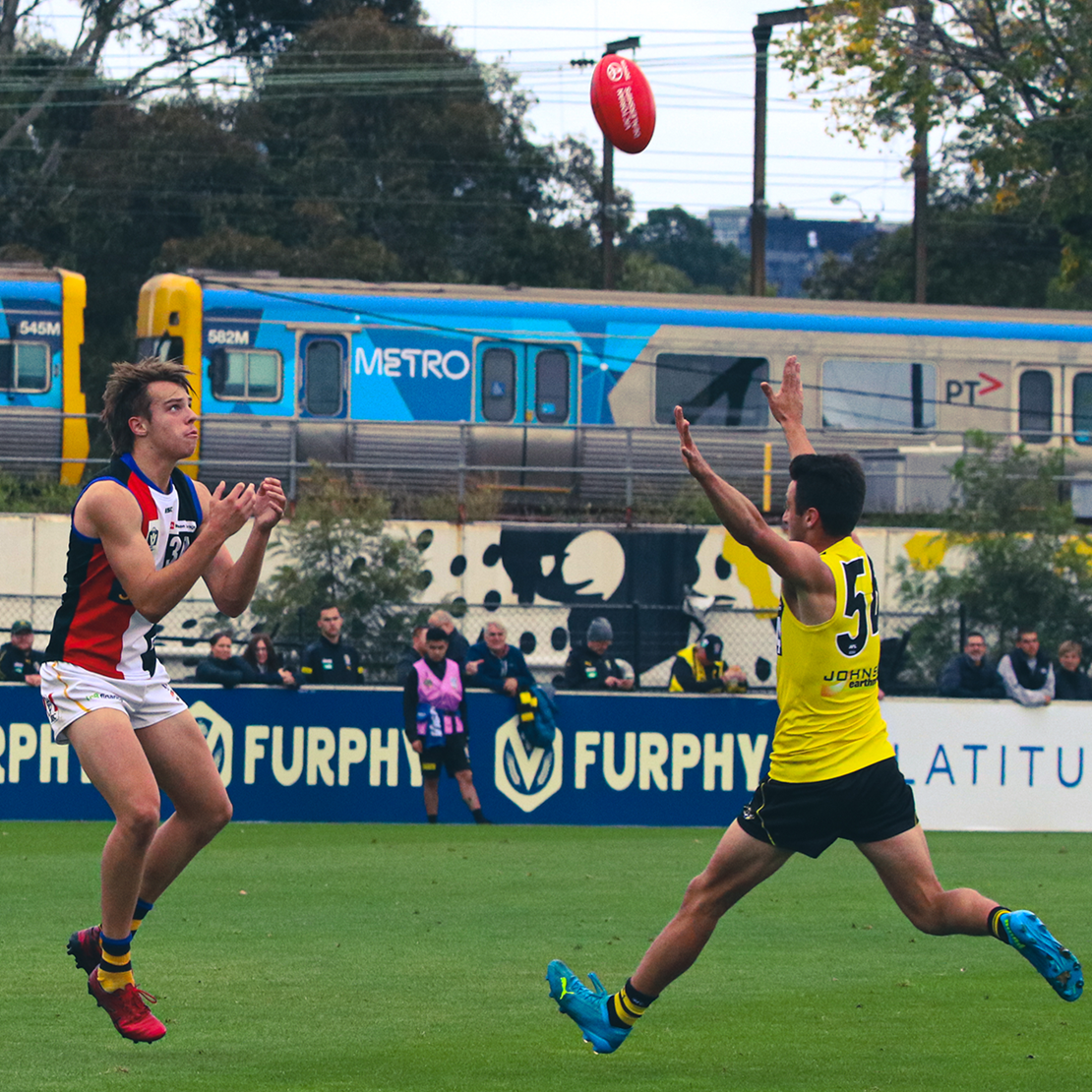 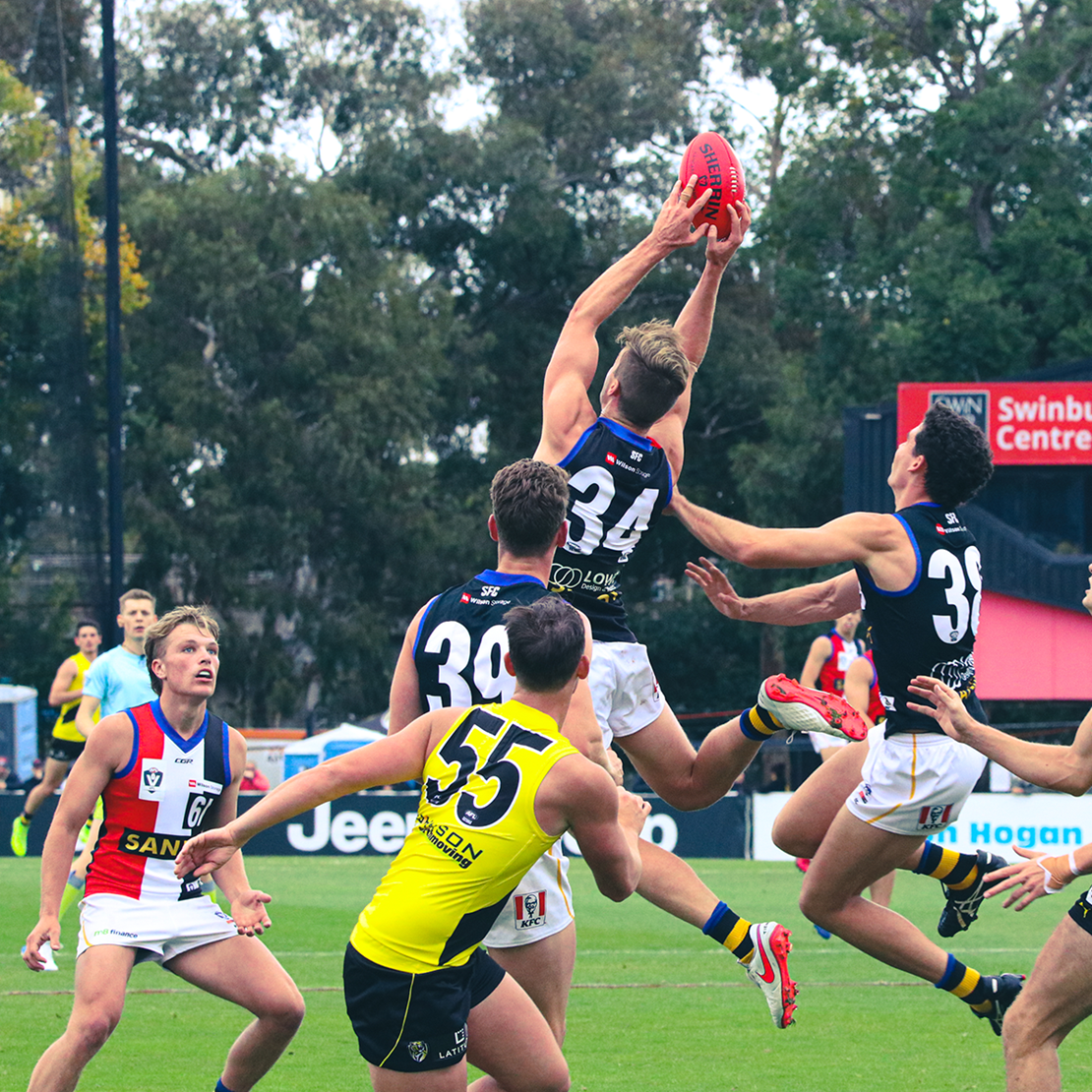 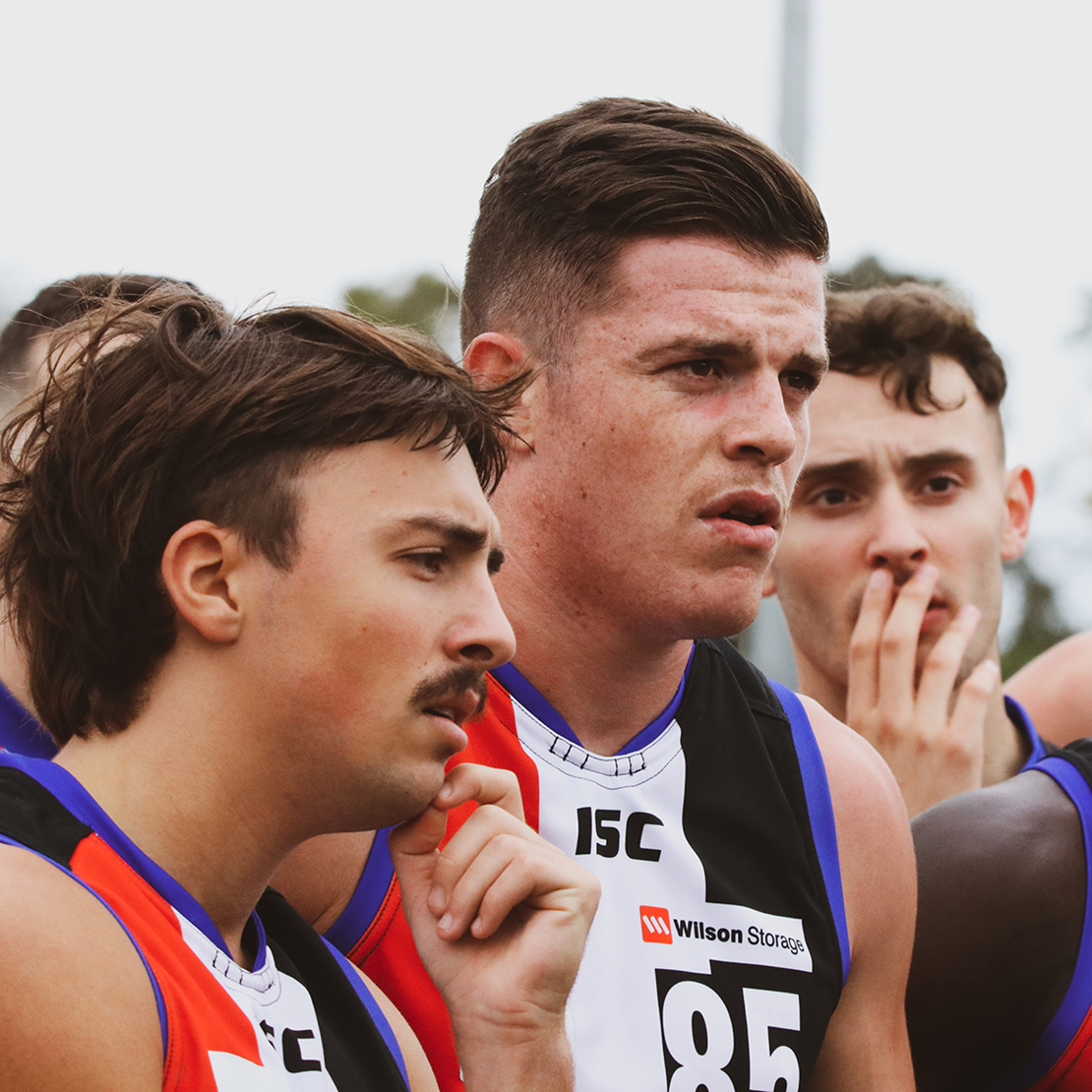 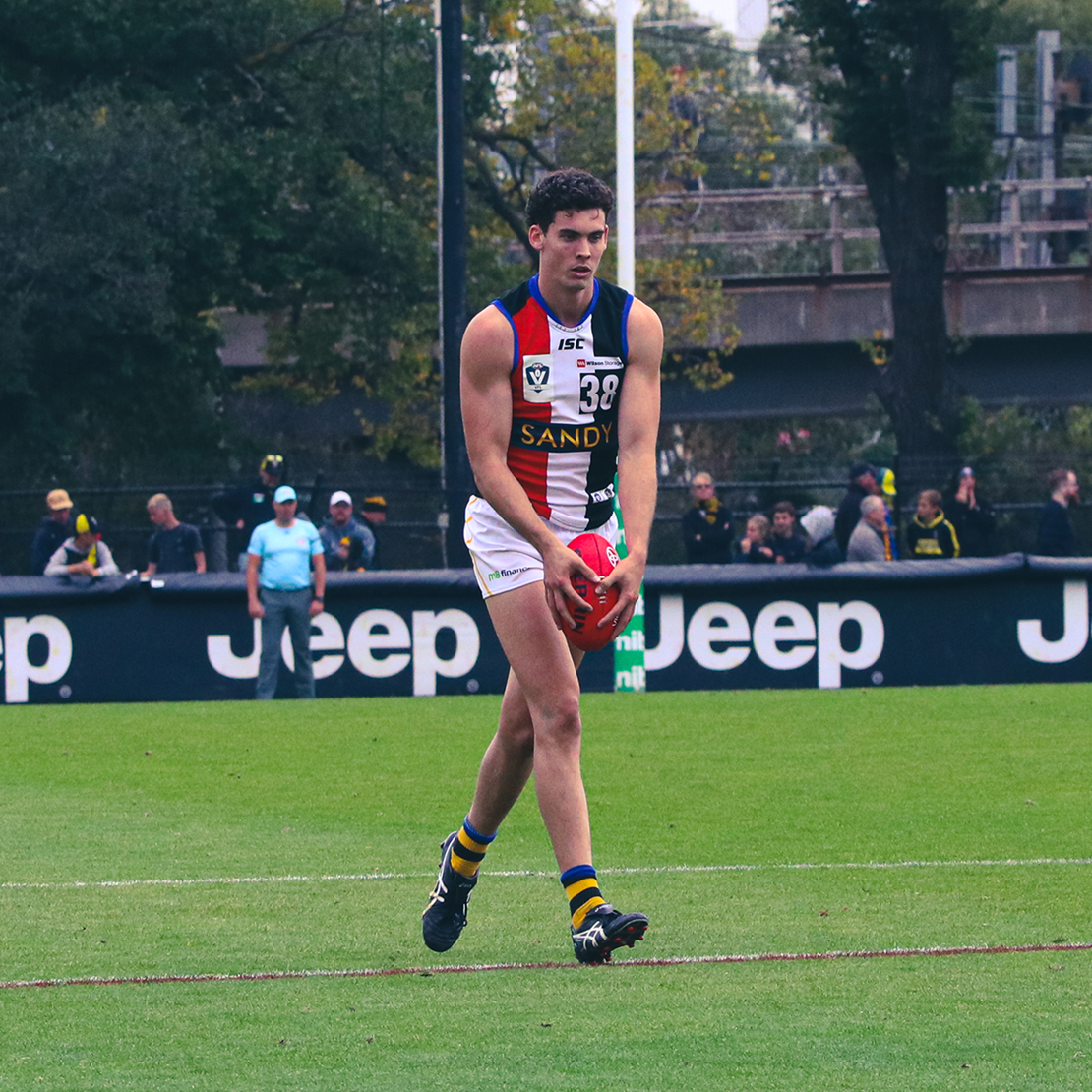 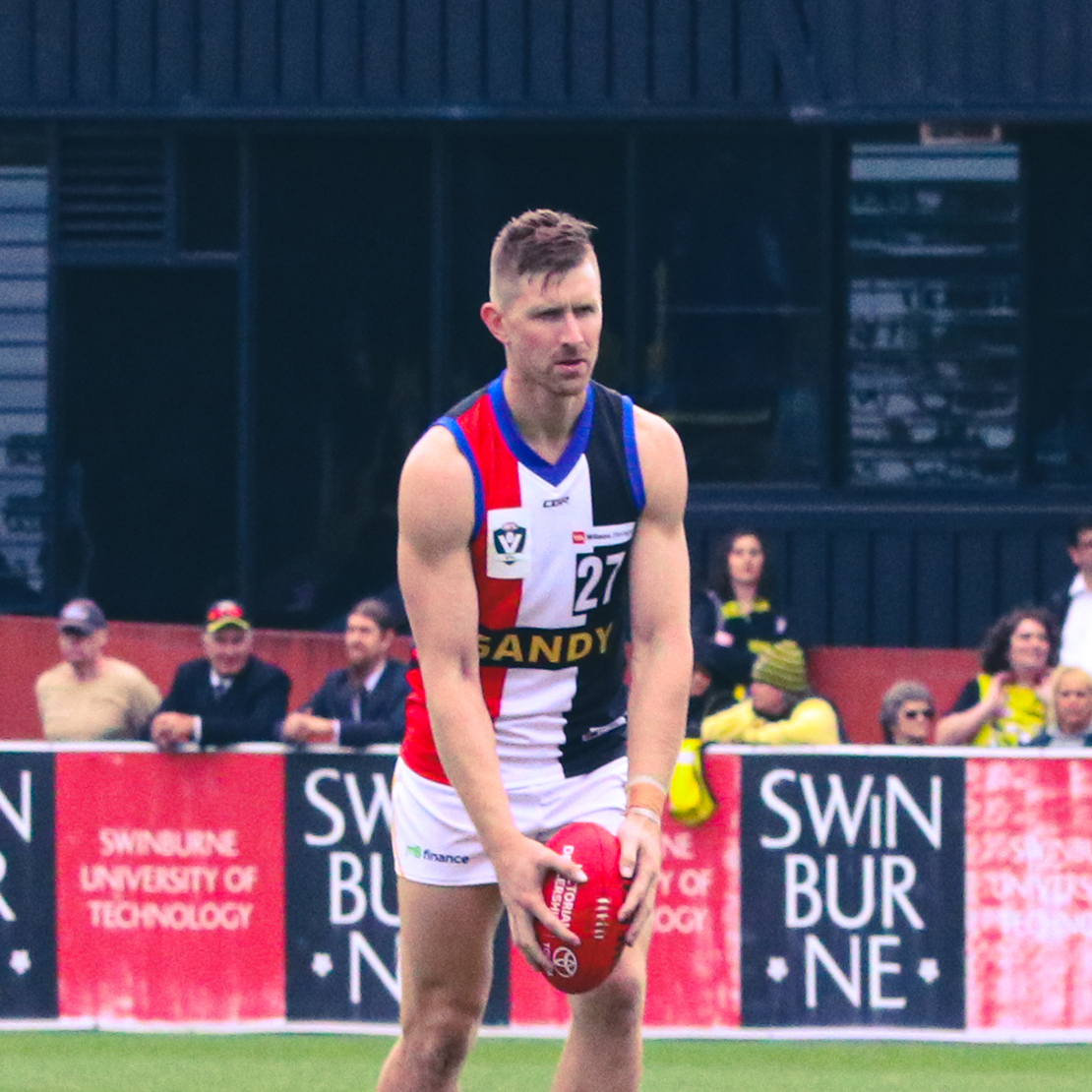 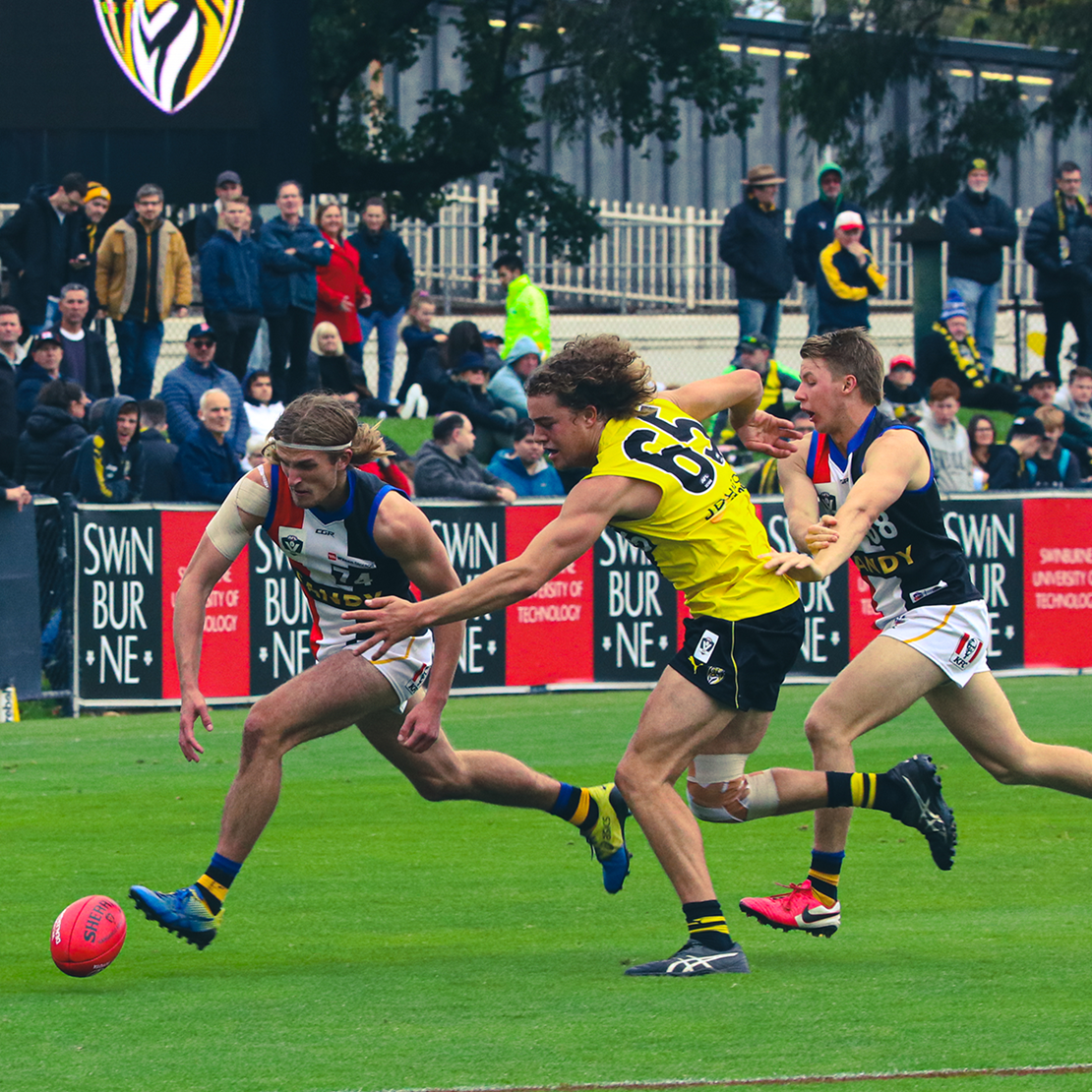 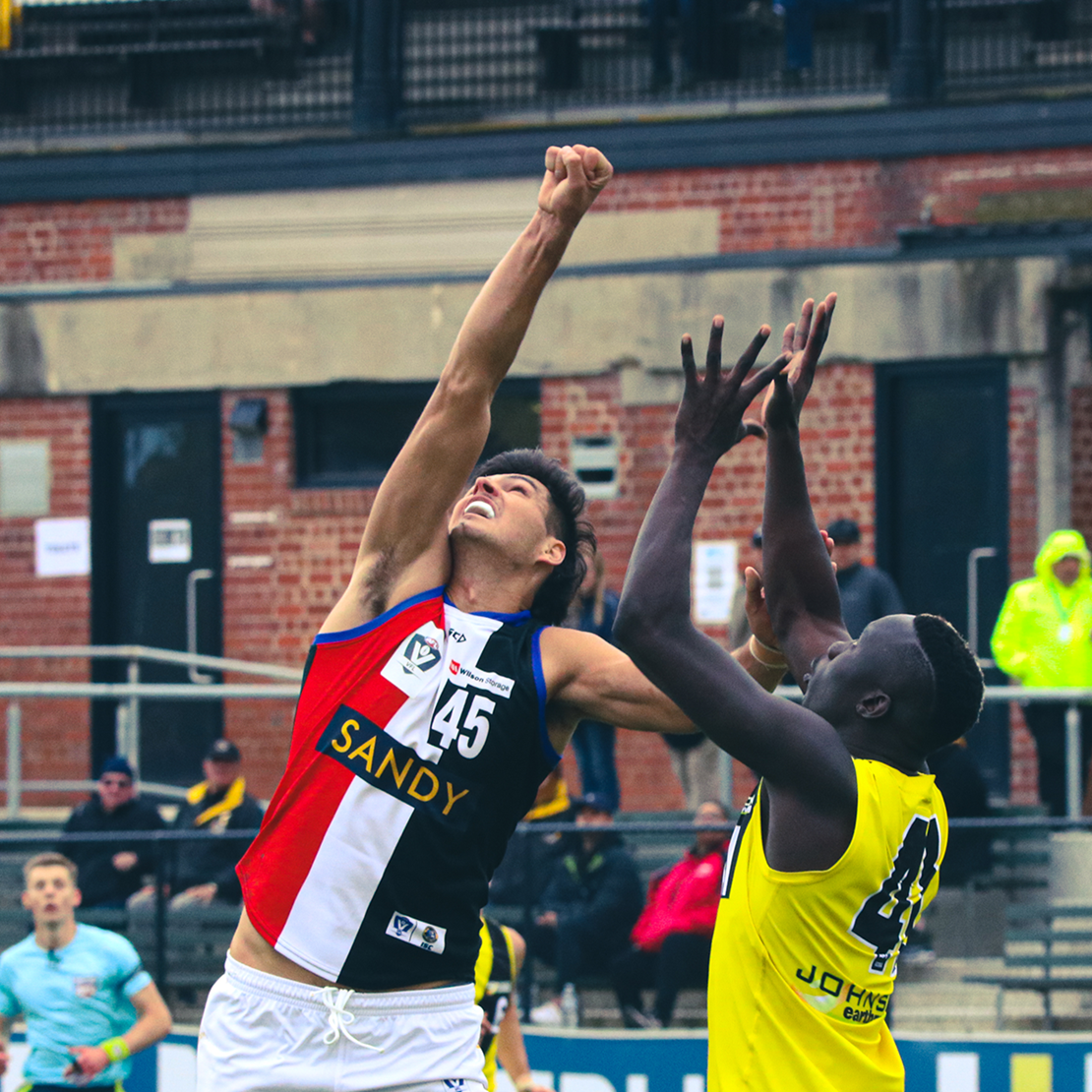 After an extended break from football, the start of a new season brought excitement to the Swinburne Centre, as fans from both sides came out to show their support.

The day began with the Tigers unfurling their 2019 premiership flag — a testament to how long everyone has waited for football to return.

In overcast conditions, the first quarter got under way, and the intensity of VFL football was back, as both teams were eager to start their seasons off with a win.

Richmond came out of the gates firing and were applying all the forward pressure, but they were wasteful in front of goal early.

And it was the Zebras who hit back the other way, as a deep kick forward was marked and goaled by Shaun McKernan for his — and the Zebras’ — first of the season.

The Zebras were struggling to move the ball forward, and the frustration eventually showed, as a 50m penalty cost them their first goal.

The rust was showing for both teams in the opening quarter, as just the two goals were scored, and the teams went into the break with only four points separating them.

The Tigers got the fast start in the second quarter, as a quick kick forward was marked and goaled.

The Zebras defense was under pressure, but youngster Anthony Seaton was leading from the front and rebounding well out of the back half.

The Tigers were moving the ball well and looking dangerous, but it was the Zebras and McKernan who soon had their respective seconds, as McKernan was able to finish off a beautiful piece of solo work from Leo Connolly.

Richmond was on top in the clearances thanks to some impressive ruckwork from Mabior Chol, and another centre clearance allowed them to hit back immediately.

The Tigers began to put the foot down, whilst the Zebras continued to turn the ball over, and Richmond soon had another from a stoppage inside 50.

Chol followed up his ruckwork with a brilliant goal of his own, and Callum Coleman-Jones added his second of the quarter to give the Tigers a significant 36-point lead going into the main break.

Coming out of the main break, the Zebras were looking to fight back, and it was captain Daniel Coffield who was getting involved early as he tried to lift the team.

However, the Tigers showed their class once more and continued to link up with exciting transition play across the ground as they peppered the goals.

The Zebras defense worked hard to stem the flow, but another turnover eventually allowed Sydney Stack to mark and goal.

Goy Lok was working hard in the middle to push the ball forward, but the Zebras were being overrun, and another costly fumble gave the Tigers another.

A brilliant solo goal by Maurice Rioli saw the lead blow out further, before the Zebs were able to get one back courtesy of a 50m penalty and goal to Vincent Zagari, as the margin grew to 47-points at the final change.

The Tigers came out fast again in the fourth and looked to continue their dominance, as another brilliant Rioli finish gave them their first of the quarter.

However, the Zebras started to show positive signs and soon answered back, as they forced a turnover which was converted by Ryan Byrnes.

The Zebras rallied and McKernan was able to get on the end of a slick handball and finish with a nice snap for his third.

Lok was rewarded for his hard effort in the middle, as he bounced a goal through, and McKernan followed, as he finished off a strong personal effort on a tough day by kicking his second of the quarter and fourth for the match.

In the end, the Tigers were just too strong, and two fourth quarter goals to exciting tall prospect Samson Ryan sealed the win as they ran out 40-point victors.

Zebras coach, Jake Batchelor said the loss was disappointing, but was happy with how the players bounced back in the second half.

"Our first half, we got caught on the back foot, and they beat us up around the ball which we knew they were really good at," he said.

"If it wasn't for our backs — especially in the first half — the differential could have been a lot more."

"We changed a few things in the second half and controlled the ball a little bit more and didn't give them that fast transition game — that's when we looked our most threatening."

Batchelor said there were positives performances and ideas to take forward into next week's game against Port Melbourne.

"We need to find the right balance of knowing when to go quick and when to go slow and lock the ball in our forward half."

"When we do, we get set up well behind the ball and keep the ball in there, and that looks to be our best method of scoring."

"Shaun McKernan was probably our best today along with Oscar Clavarino, Darragh Joyce and Goy Lok — they competed well."

The Zebras sit at 17th on the ladder and travel to ETU Stadium next Saturday, April 24, to take on Port Melbourne in their Round Two matchup.