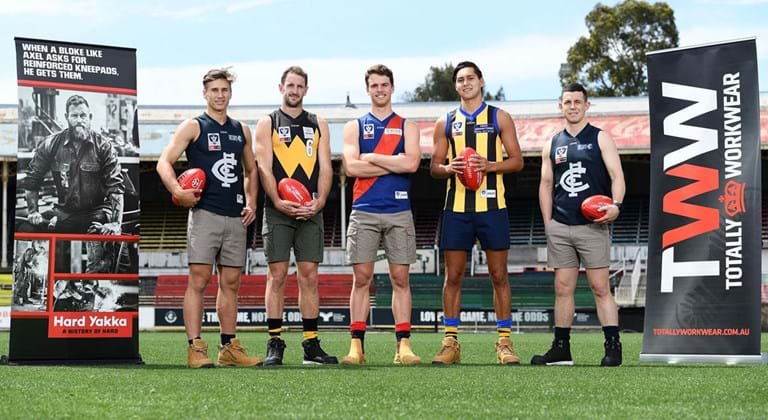 The VFL fixtures comes with a new name following an AFL Victoria announcement of a new naming rights partner, with Hard Yakka and Totally Workwear (TWW) to join the Victorian Football League (VFL) as its major sponsors for the 2019 season.

The Sandringham Football Club is extremely pleased with its 2019 fixtures for the Sandringham men’s and Southern Saints women’s teams.

The VFLW fixture boasts 10 home games for the Southern Saints with at least seven to be played at Trevor Barker Beach Oval and the VFL fixture has 10 home games for Sandringham with the opening round being a Friday night clash under lights against Footscray on Friday 5 April at VU Whitten Oval.

Up to two of the 10 home games for Sandringham are a strong chance to be played at Marvel Stadium as curtain raisers to Sandringham’s aligned AFL club in St Kilda, while at least one home game will be played at RSEA Park as part of the club’s alignment agreement.

VFL and VFLW blockbuster features include: