Tale of two halves for the Zebras, as they go down to Port Melbourne

Despite an impressive first half, the Sandringham Zebras were ultimately overrun by Port Melbourne , as they went down by 26-points in their Round 2 clash at ETU Stadium on the weekend. ​​​​​​​ 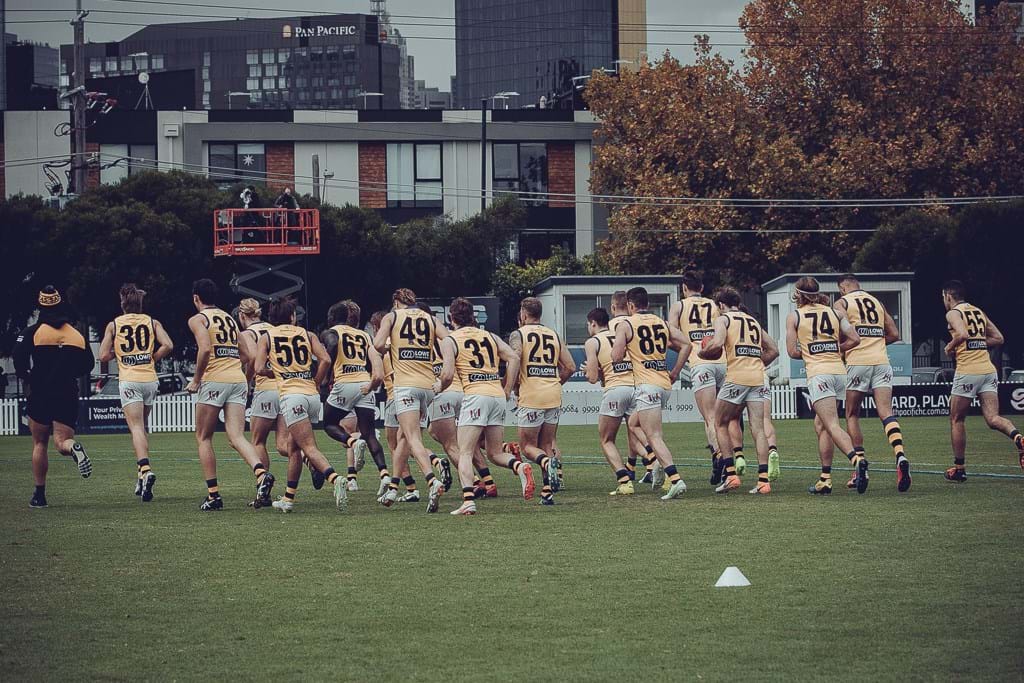 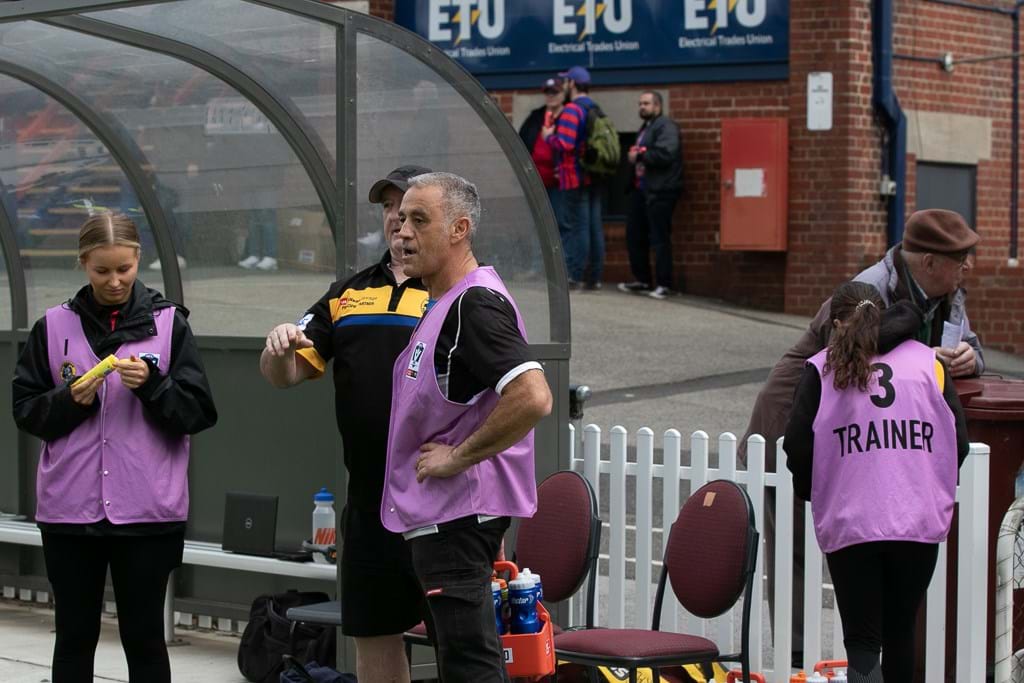 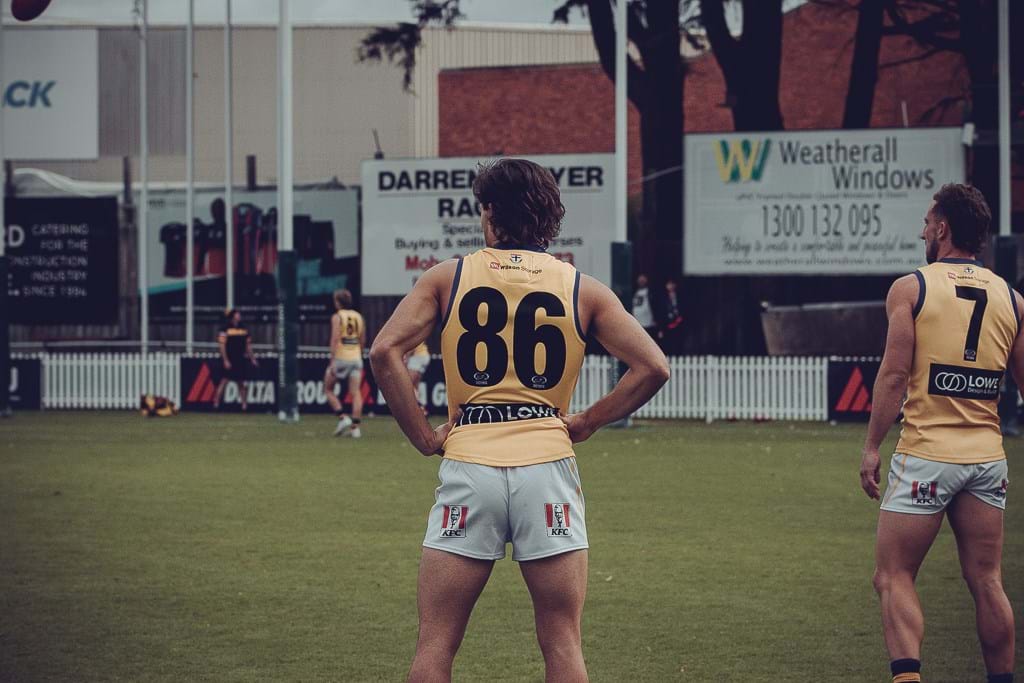 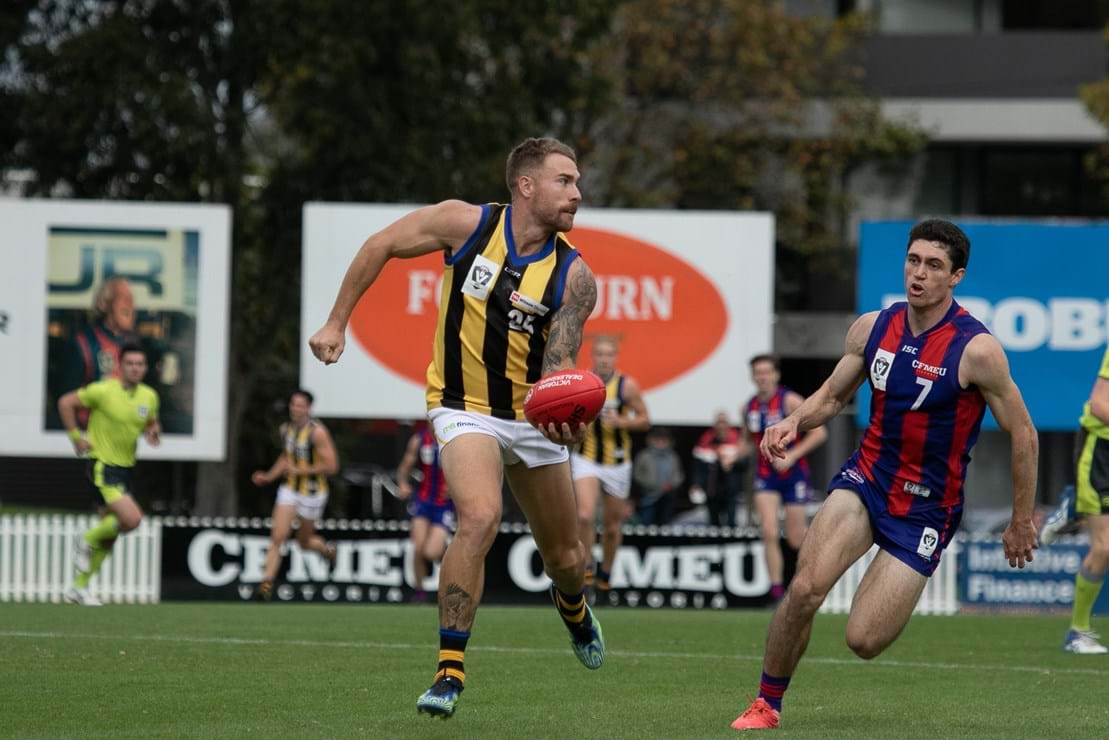 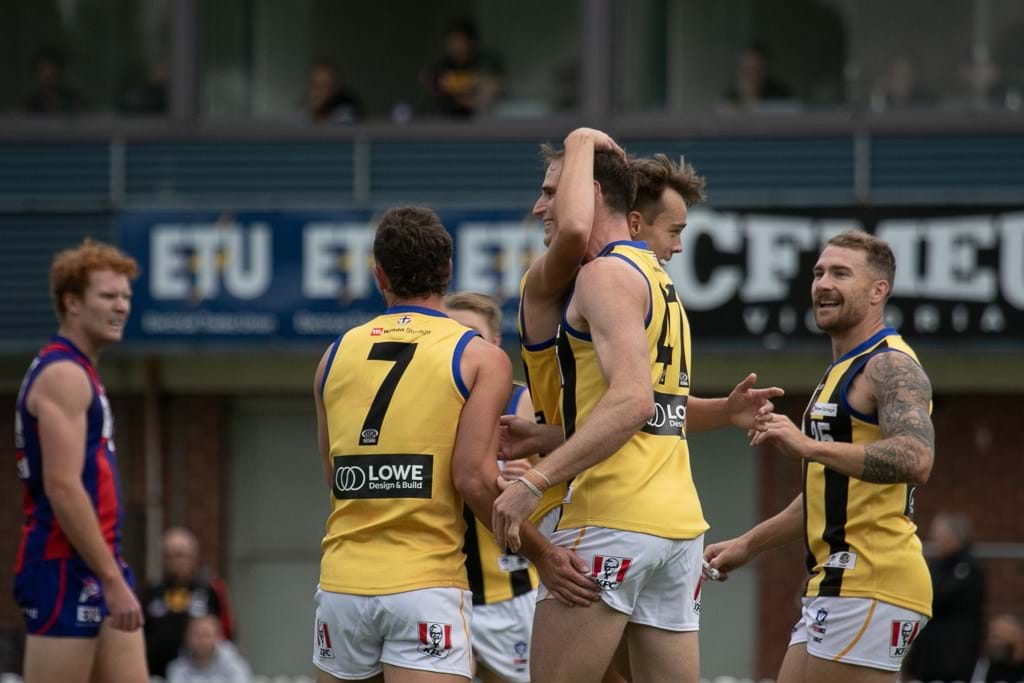 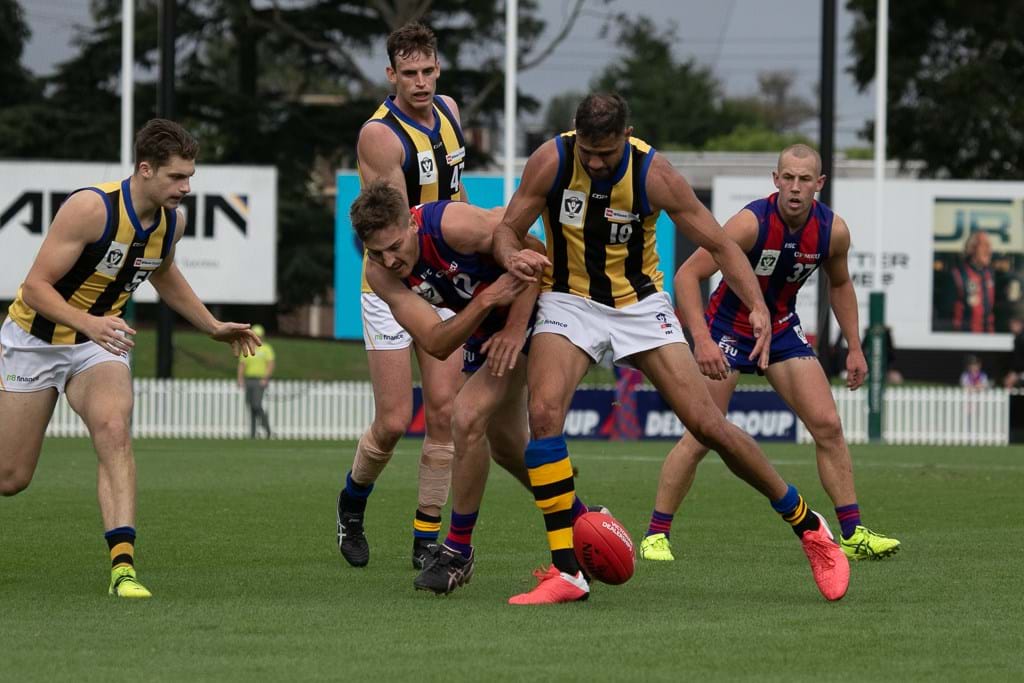 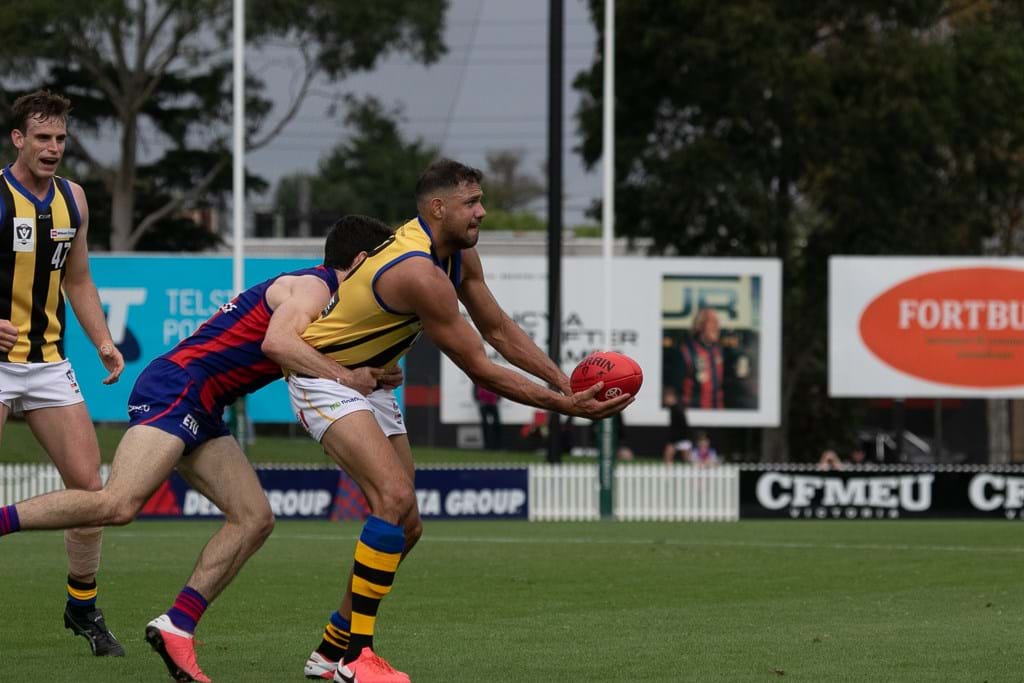 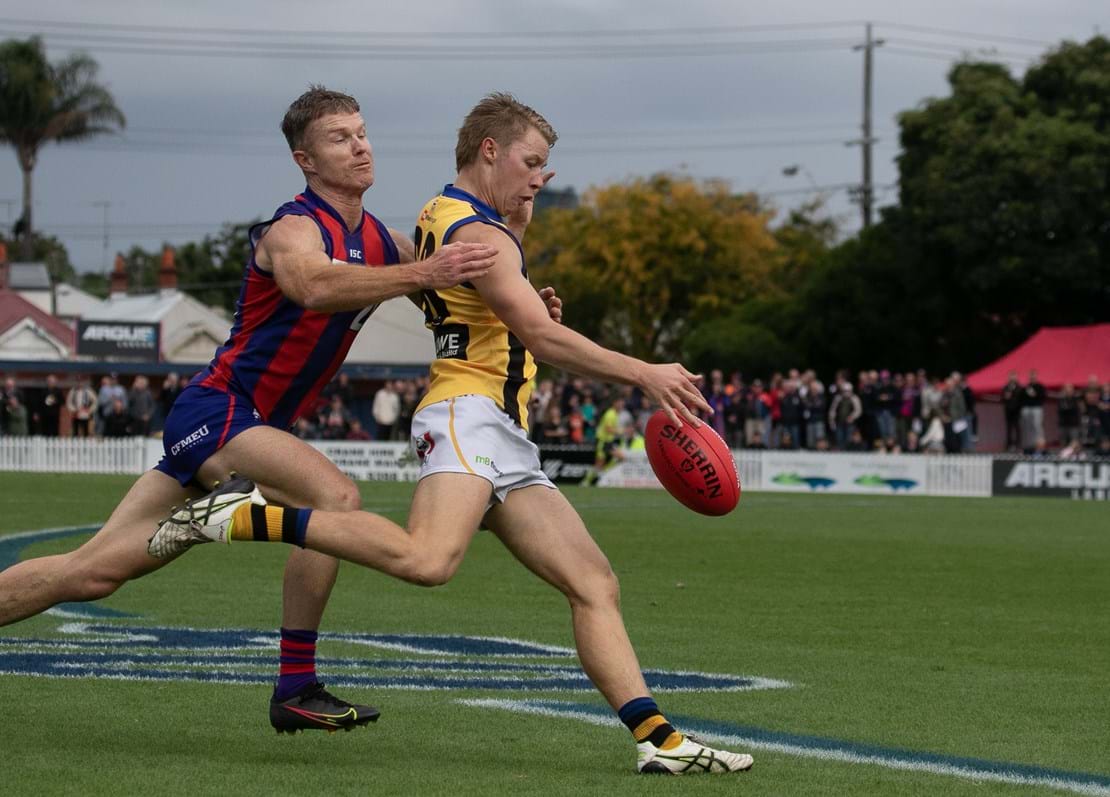 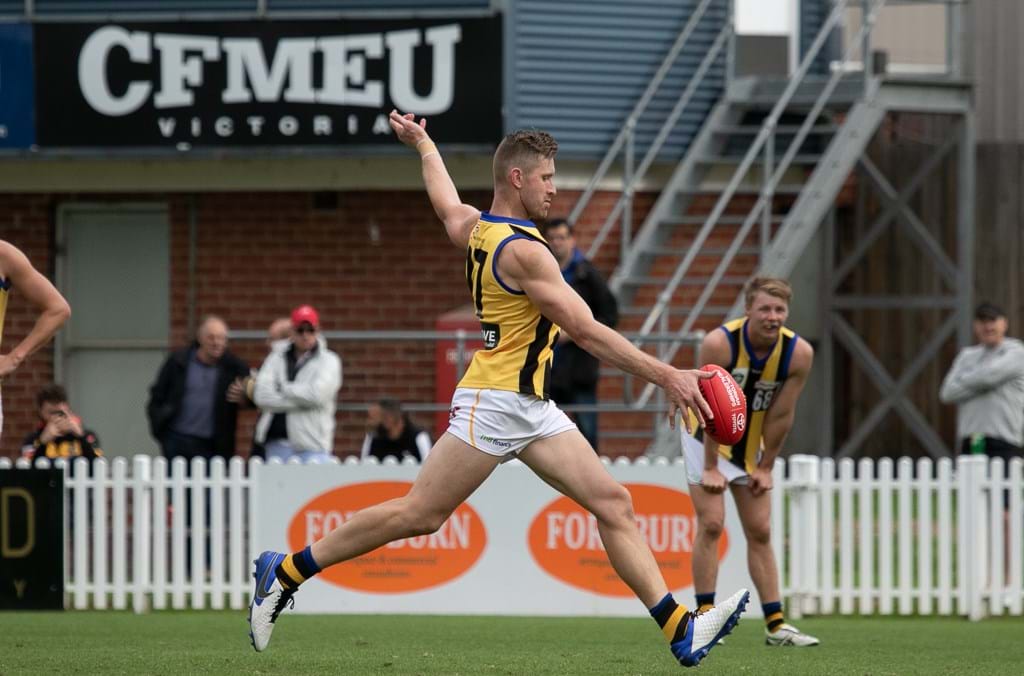 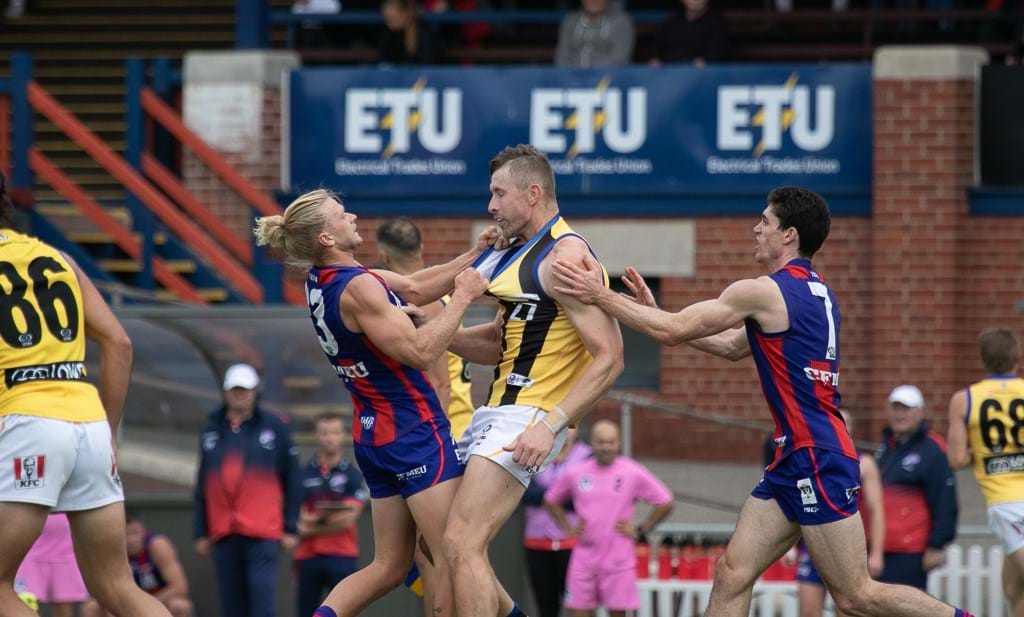 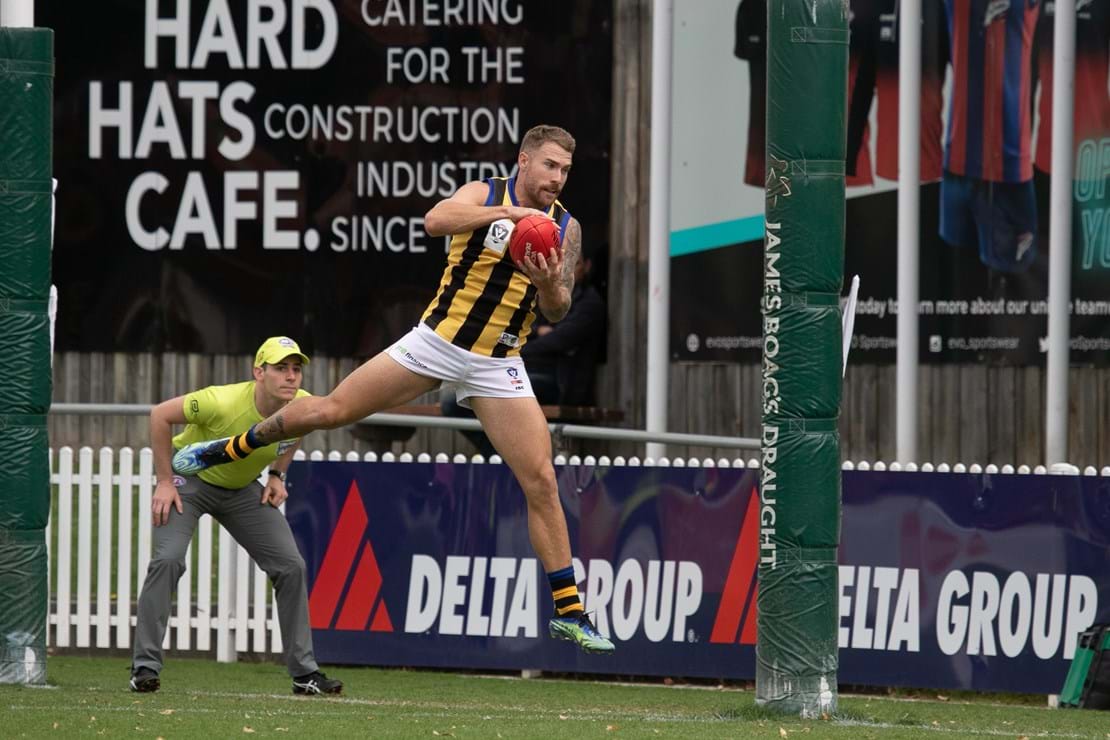 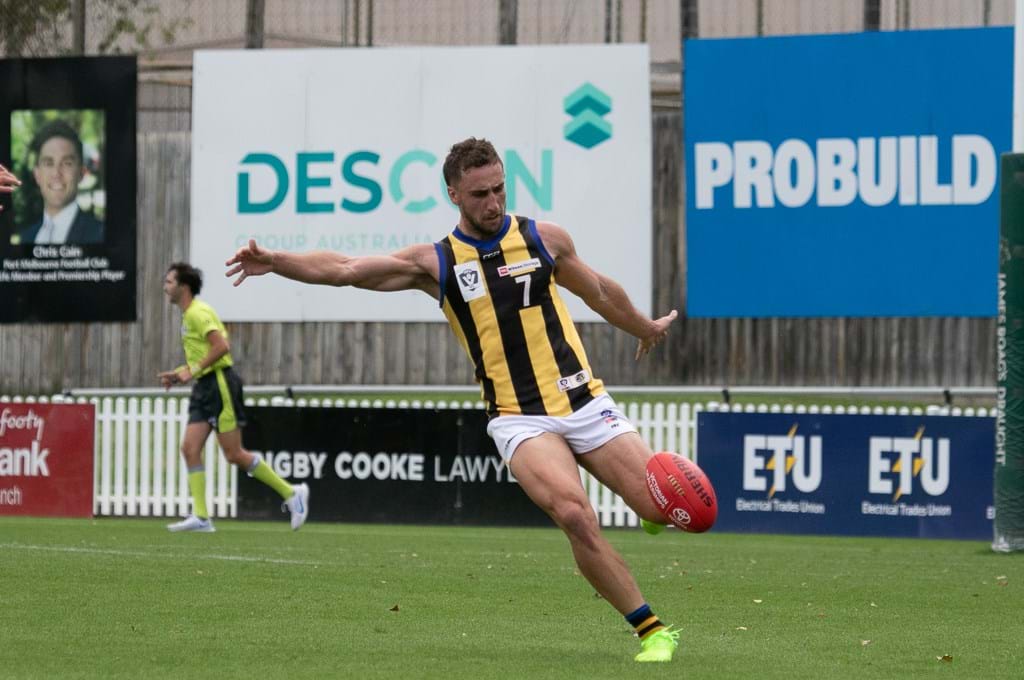 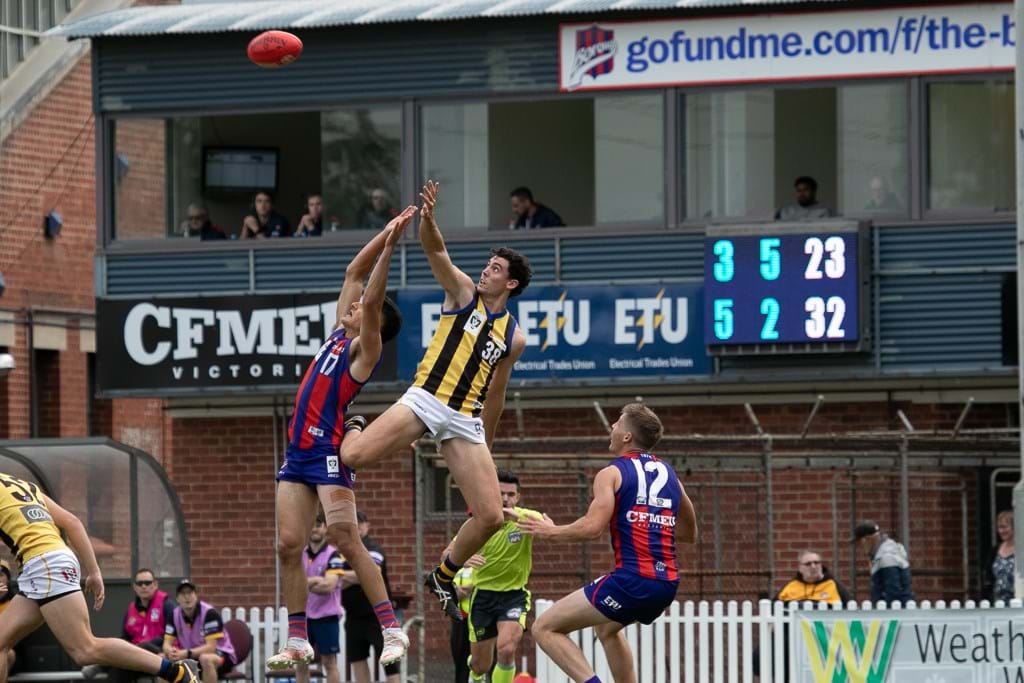 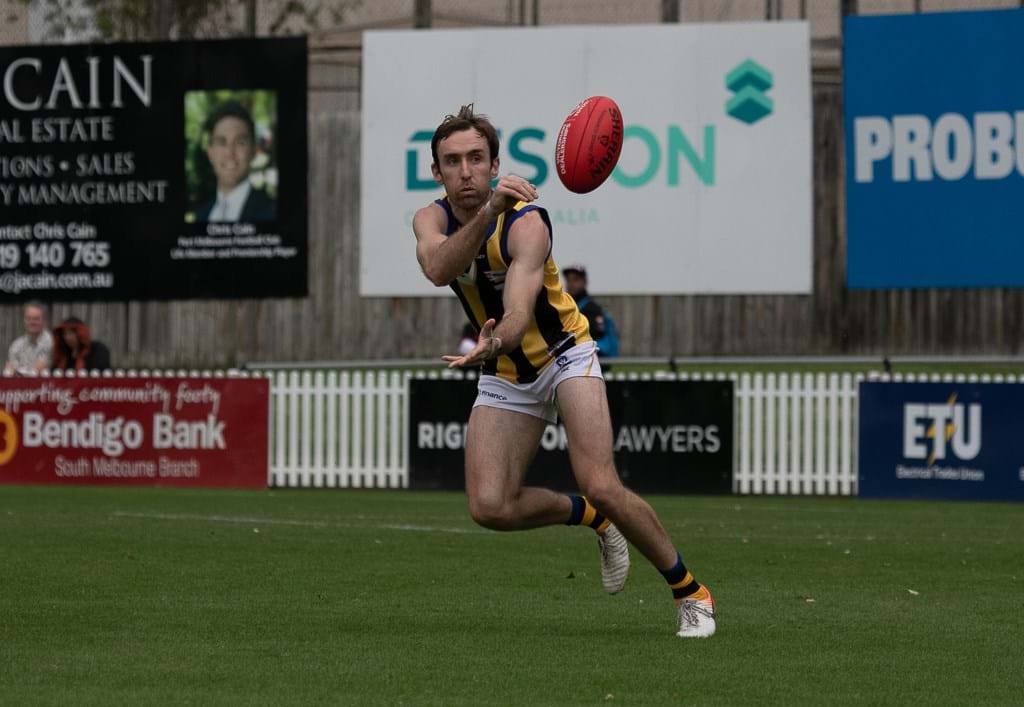 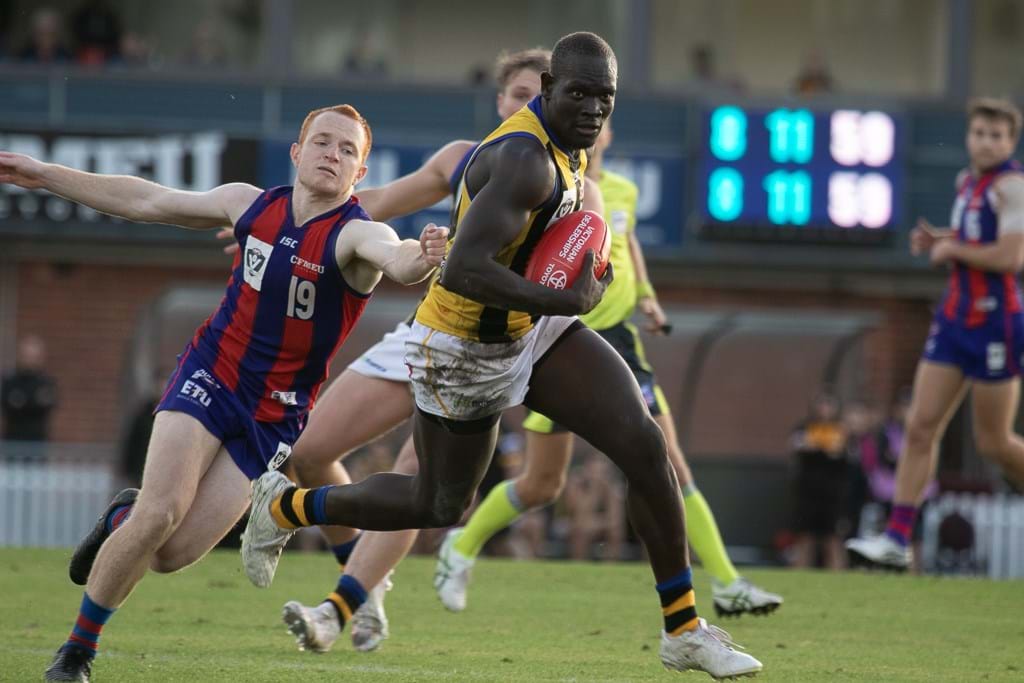 An impressive crowd turned out to ETU Stadium to watch the two teams battle it out for their first win of the season in overcast conditions.

The Zebras started the first quarter well, as a kick forward led to a Paul Hunter mark and goal.

The Zebras were applying the early forward pressure, and despite some good defensive intercepts from Port, Paddy Ryder soon made his presence felt with a strong mark and goal.

The Zebras were beginning to dominate play and soon had their third through Shaun McKernan as they opened up a three-goal lead halfway through the quarter.

However, Port Melbourne were soon on the board, as Matt Signorello found the goals with a clever finish.

Some careless free kicks against the Zebras allowed Port Melbourne their second as the contest evened itself out.

The Zebs were able to get one back after a brilliant piece of roving from Darby Hipwell led to a Dean Kent mark and finish.

The game started to flow end to end, but the Zebs defense held up well with Clavarino continuing on from where he left off last week.

However, Port Melbourne were able to get another one back late, as the margin was cut to just 4 points at the quarter time break.

The Zebras started the second quarter well, as Hunter was able to get his second to extend the lead.

But Port Melbourne would not go away, and Signorello soon had his second as he was starting to look dangerous.

Lok and Dunstan were working hard around the stoppages, but the Zebras were struggling to work the ball forward.

However, Port Melbourne were wasteful in front of goal as the sizeable home crowd grew restless.

And the Zebras took advantage, as Fin Bayne and Shaun McKernan were able to goal.

The heavens opened, the rain fell, and Kent was able to get his second to give the Zebras a 23-point lead going into the main break.

Coming out of the main break, it was Port Melbourne who got the vital first goal of the quarter through Jeremey O’Sullivan.

The Zebras seemed sluggish, and Port Melbourne added two more to their tally as they cut the margin to just 4-points halfway through the quarter.

Both teams fought to take control as the intensity lifted and the skies cleared, but more goals proved hard to come by.

Sam Dunell and Clavarino were steady in defense, as they worked hard to stem the Port Melbourne attacks, but a late free kick allowed Port Melbourne to take the lead as the team went into the final break.

Both teams came out of the final break eager to get the win after tough losses to start the season, and the energetic crowd was lifting and inspiring the players.

The play remained between the arcs until another goal to Signorello broke the deadlock as he had his third of the day.

Dunstan was everywhere, as he racked up his 40th disposal halfway through the fourth quarter and tried to will his side to victory.

However, it was Port Melbourne who took the ascendancy, as goals to Harvey Hooper and Liam Delahuntly gave them a three-goal lead halway through the quarter.

Unfortunately for the Zebras, a remarkable comeback was not on the cards, as Port added a few more goals to their tally to run away with the game and finish 26-point winners.

The Zebras now move to 0-2 for the season and sit 19th on the ladder.

Next week they play the Box Hill Hawks in their round three clash, as they return home to Wilson Storage Trevor Barker Beach Oval for their first home game of the 2021 season.