The Southern Saints battled bravely in a hard-fought semi-final clash against Geelong at GMHBA Stadium on Saturday afternoon, falling short by seven points to end an exciting season for the club. 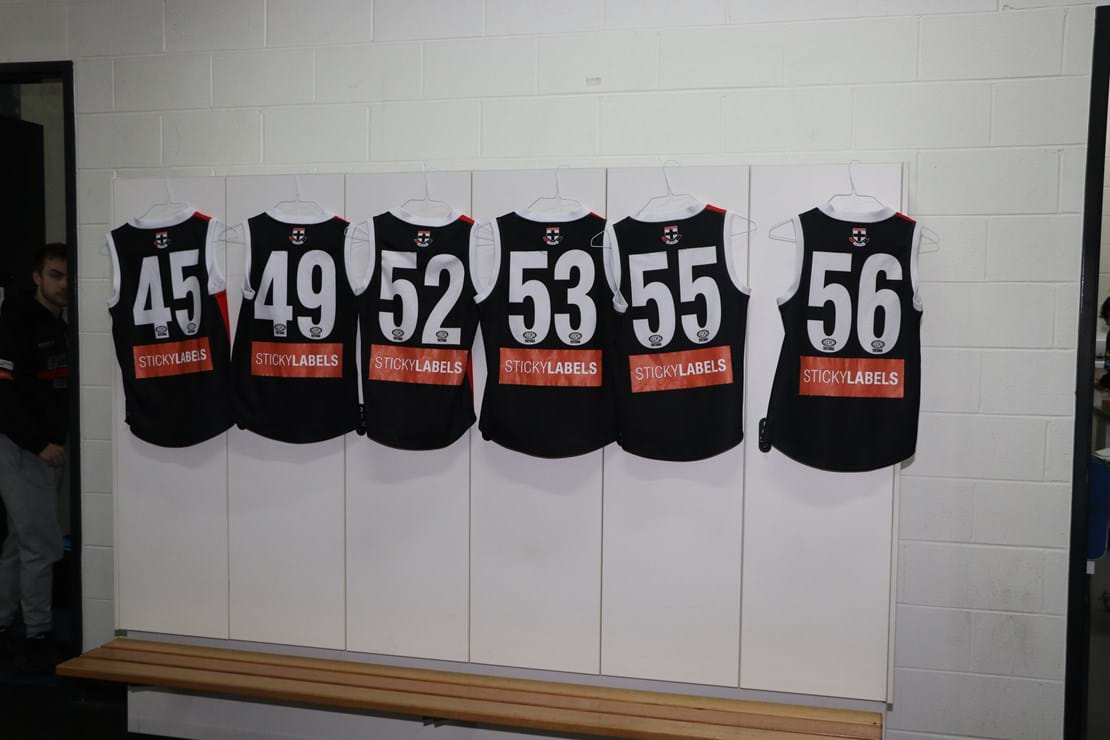 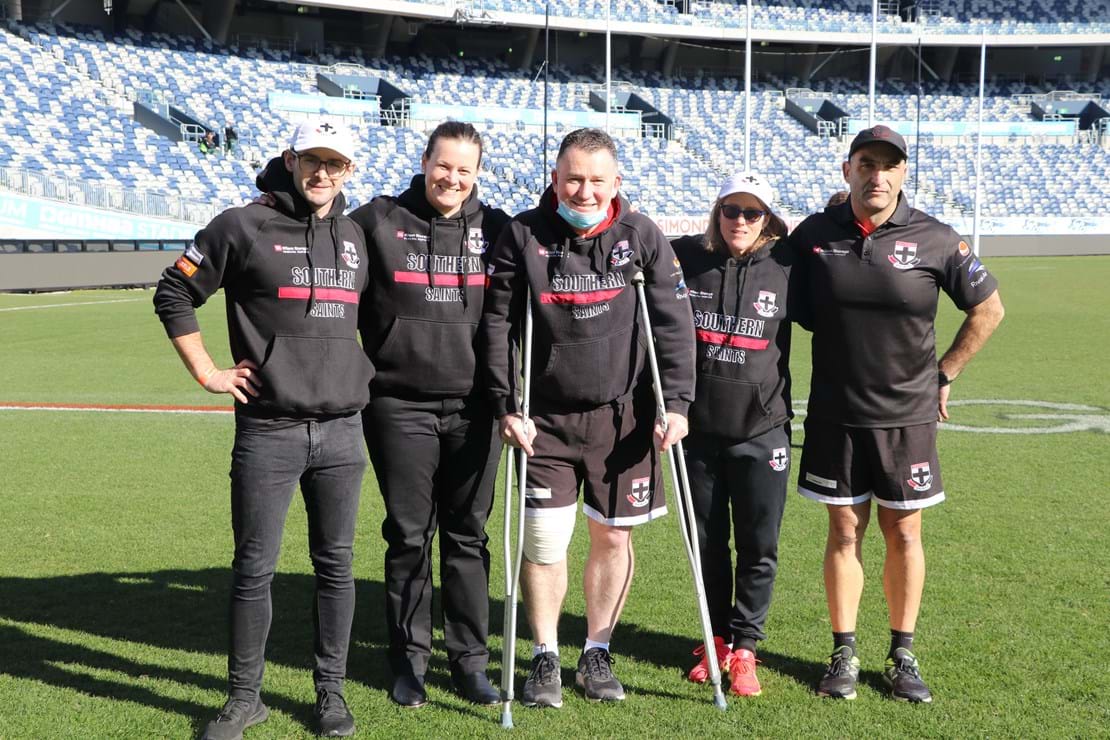 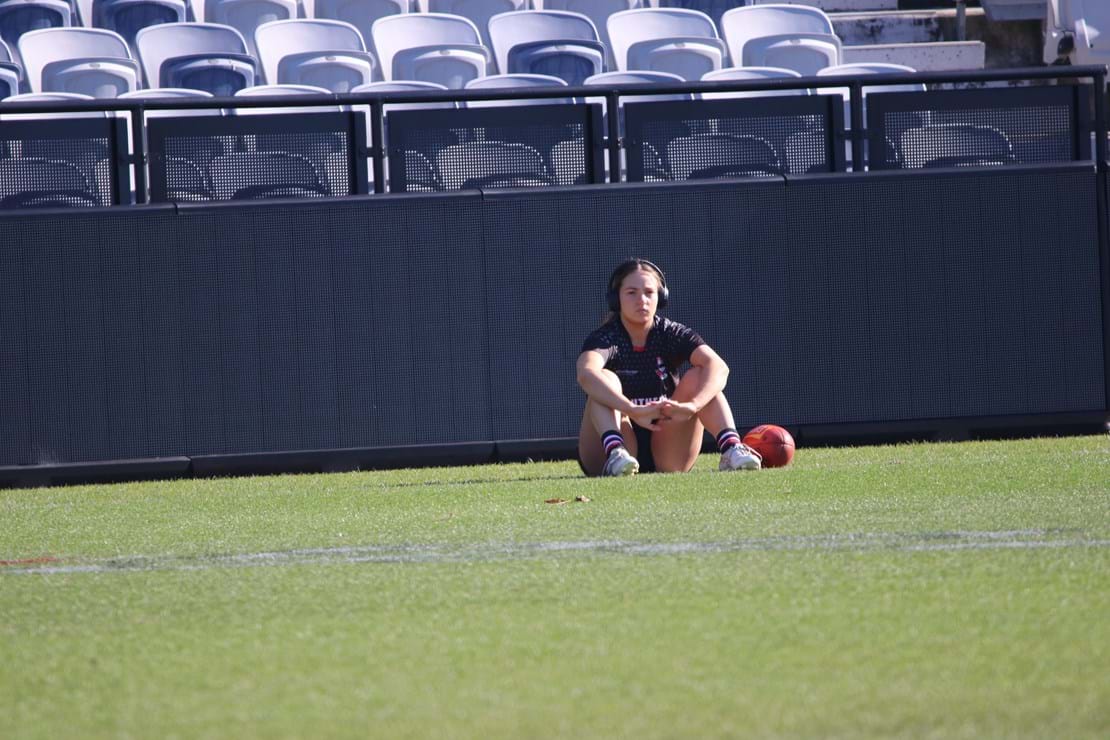 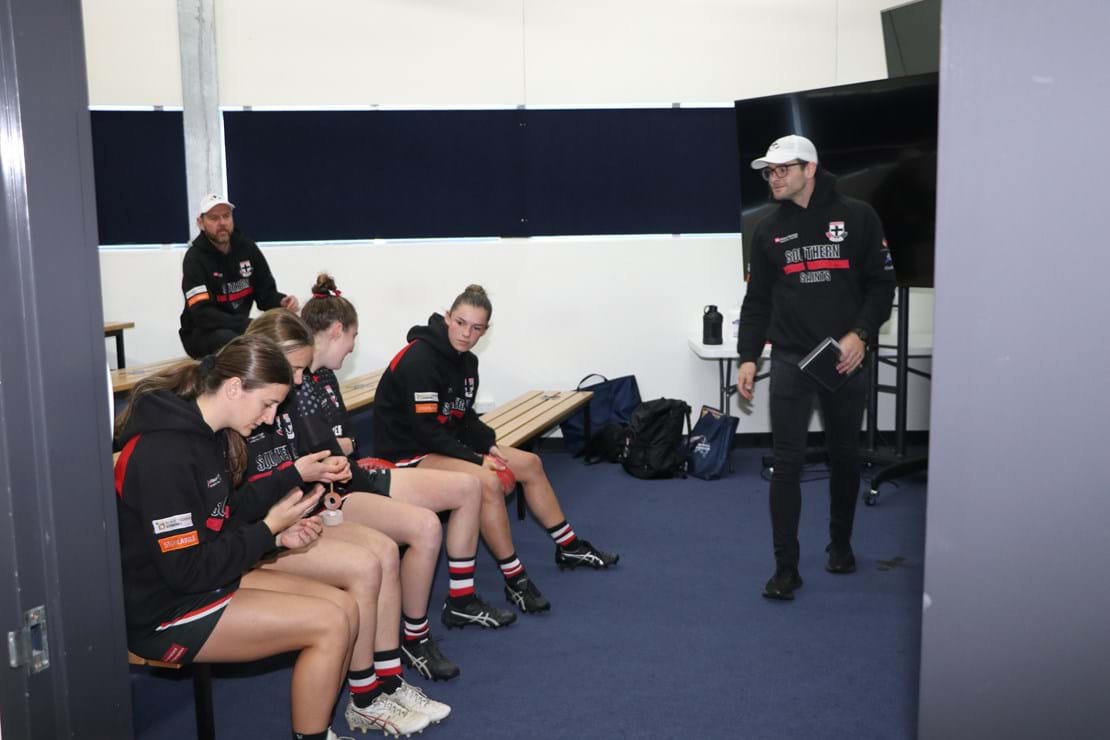 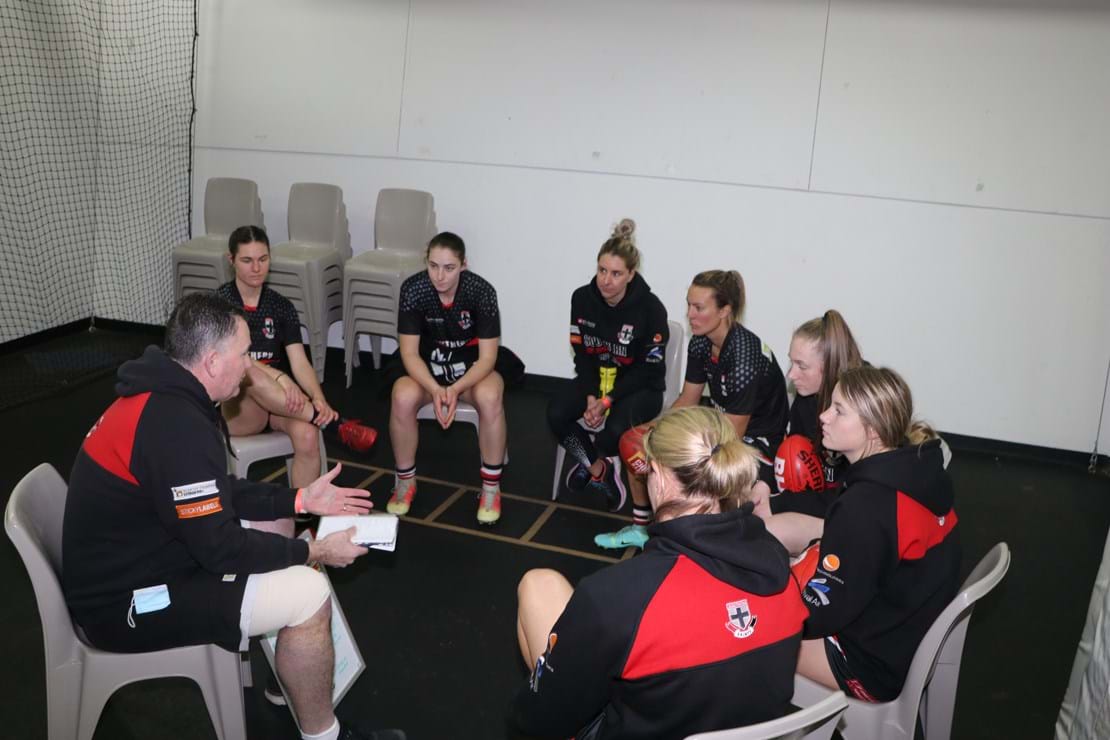 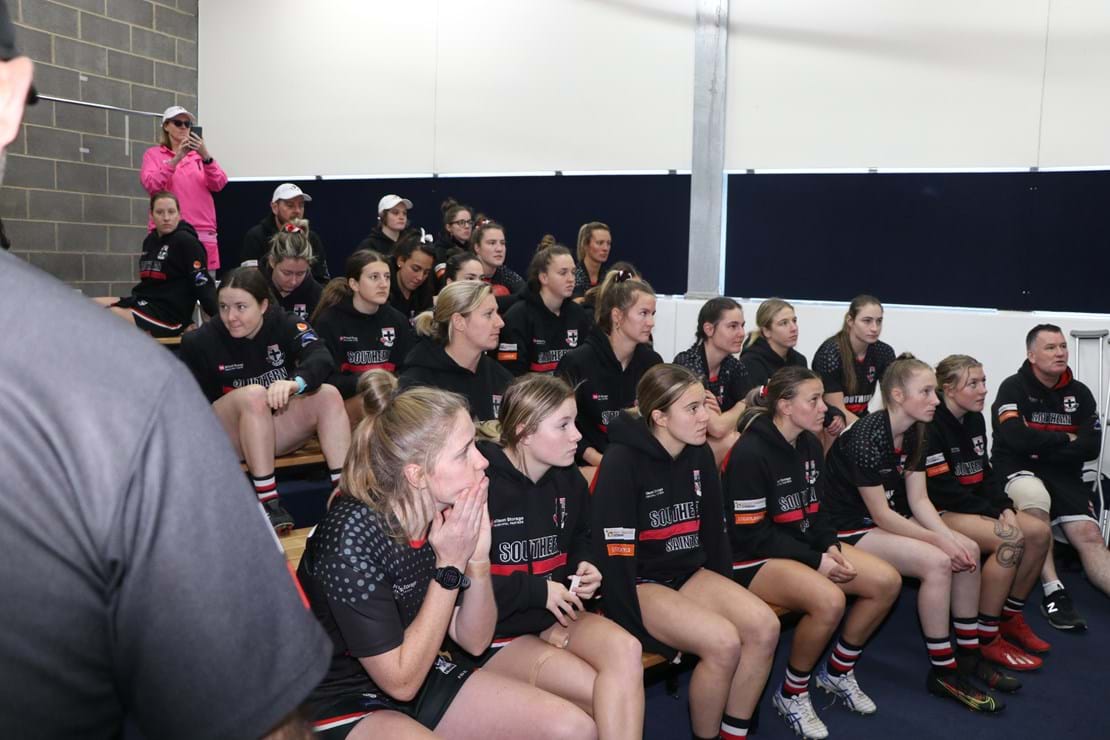 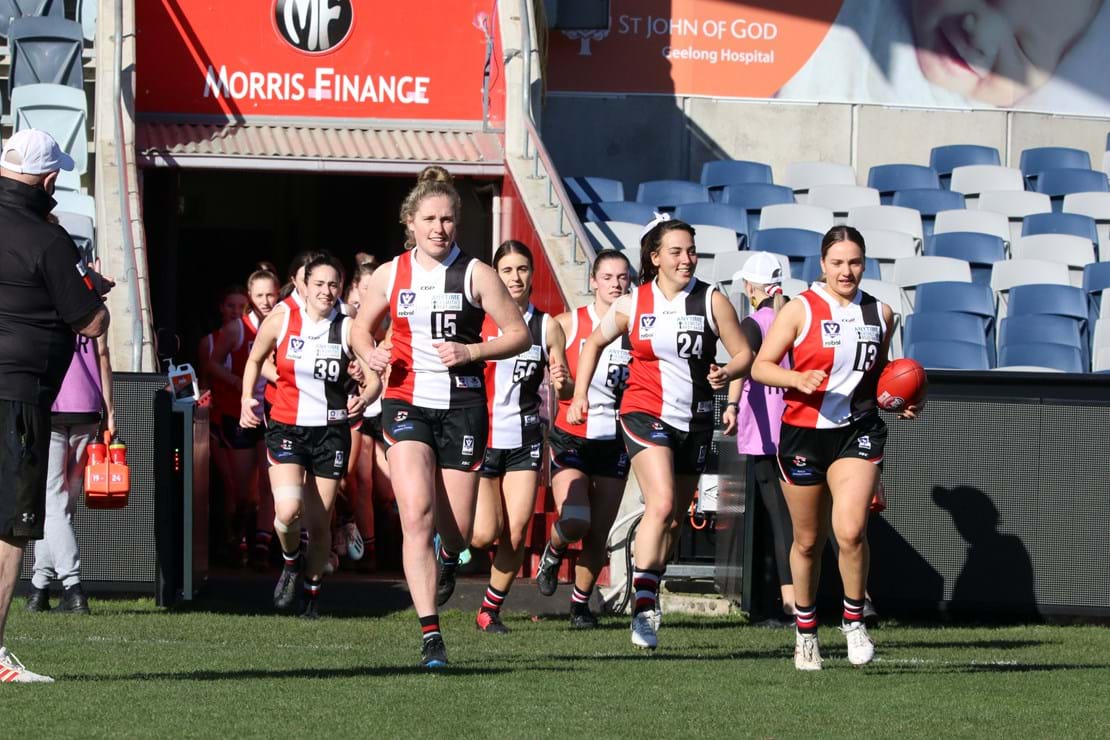 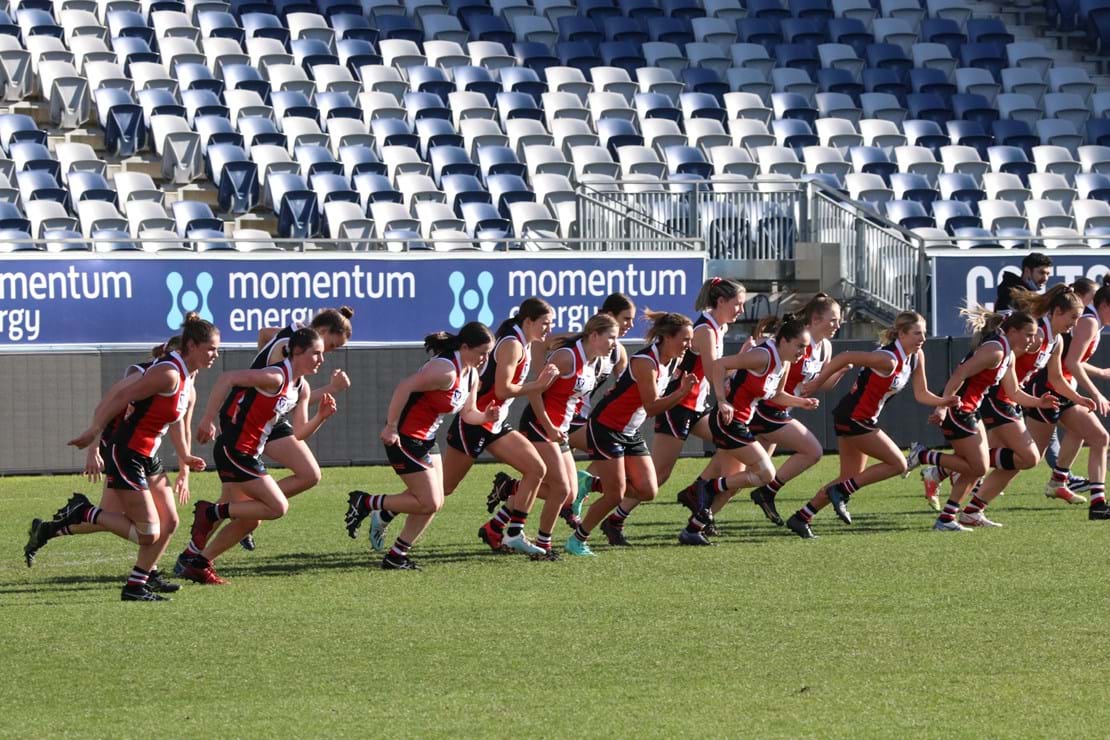 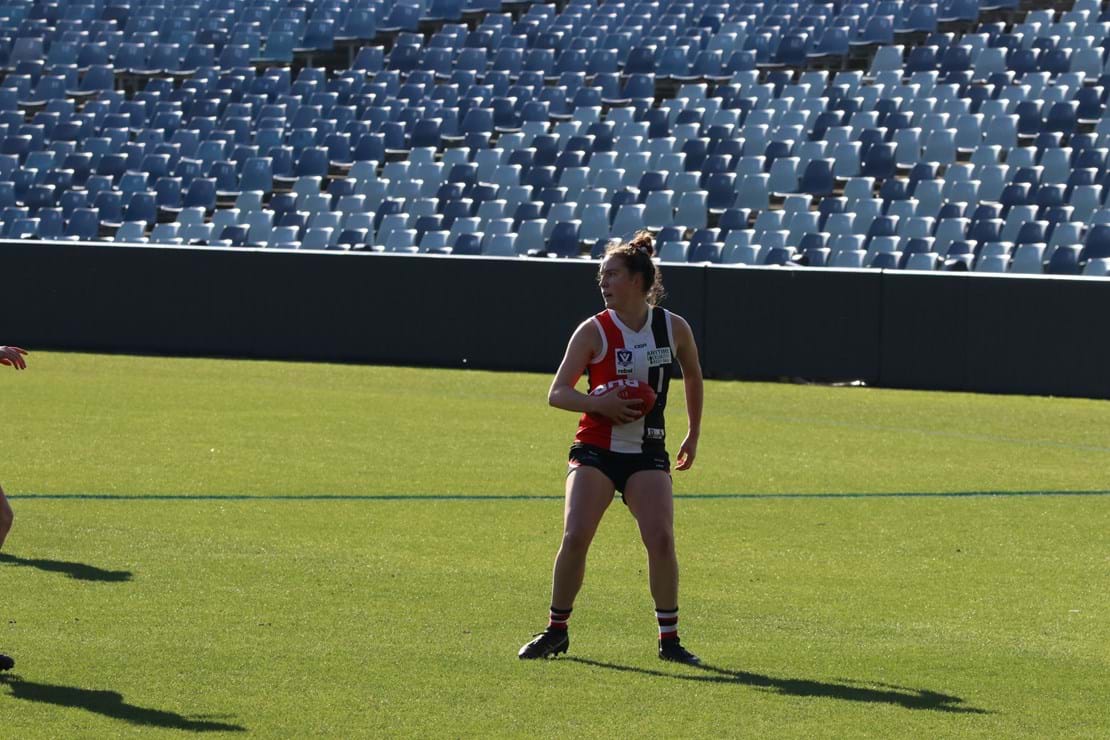 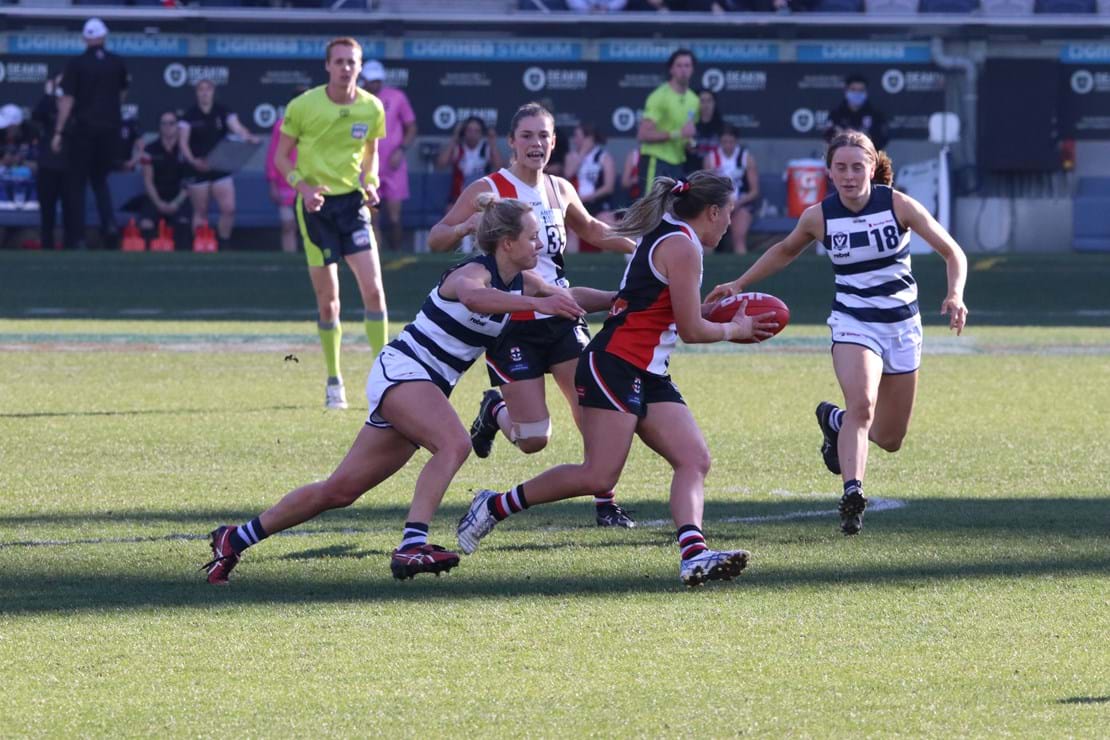 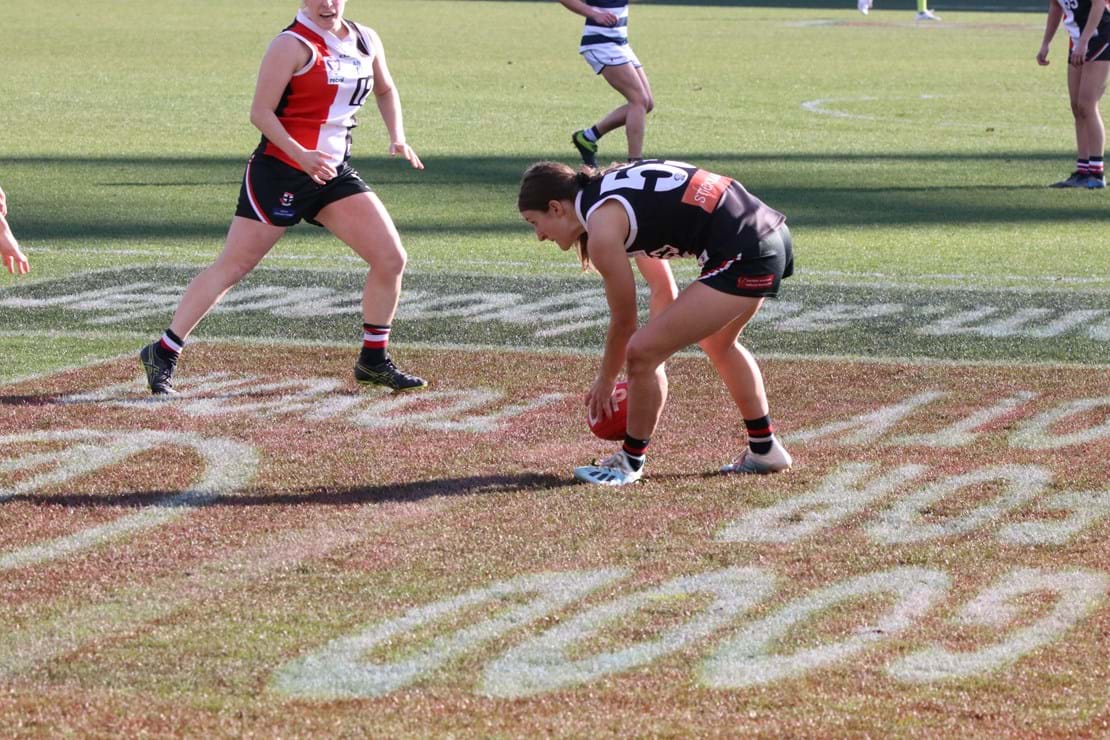 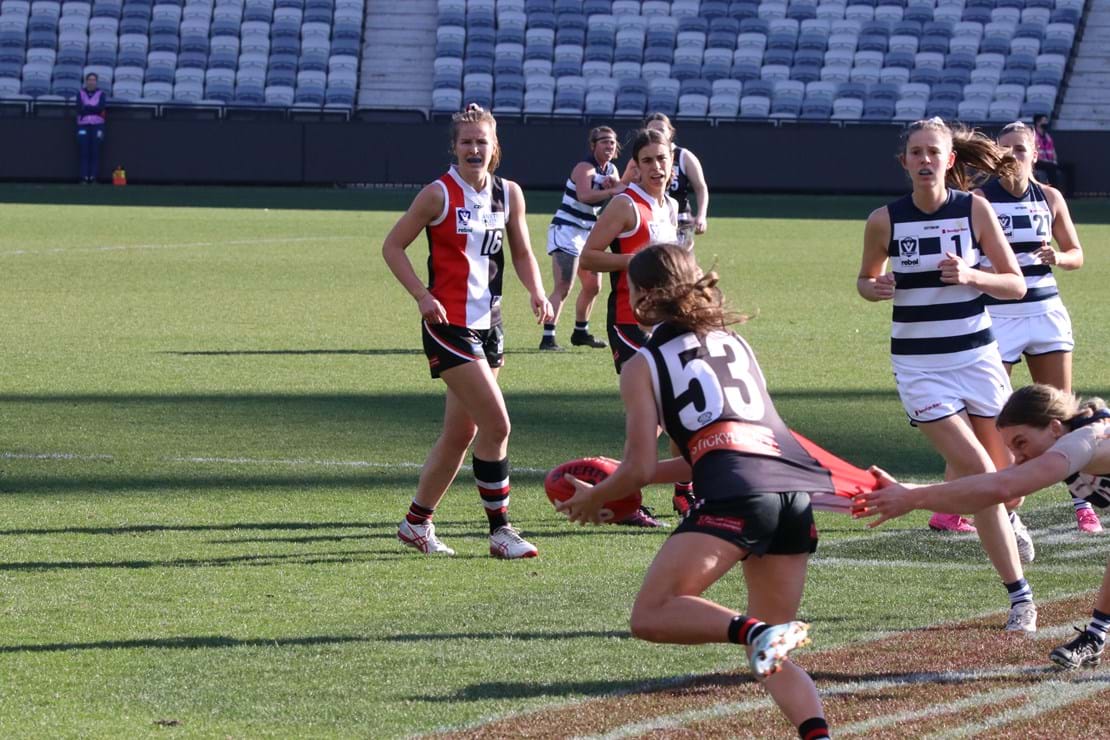 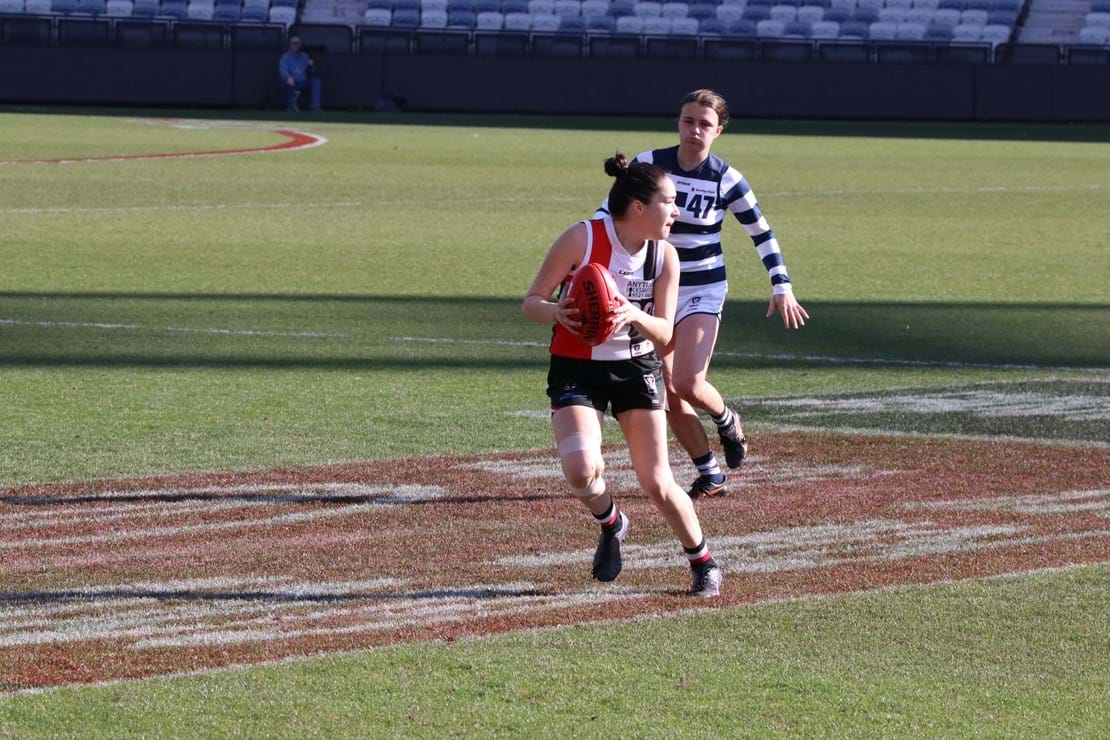 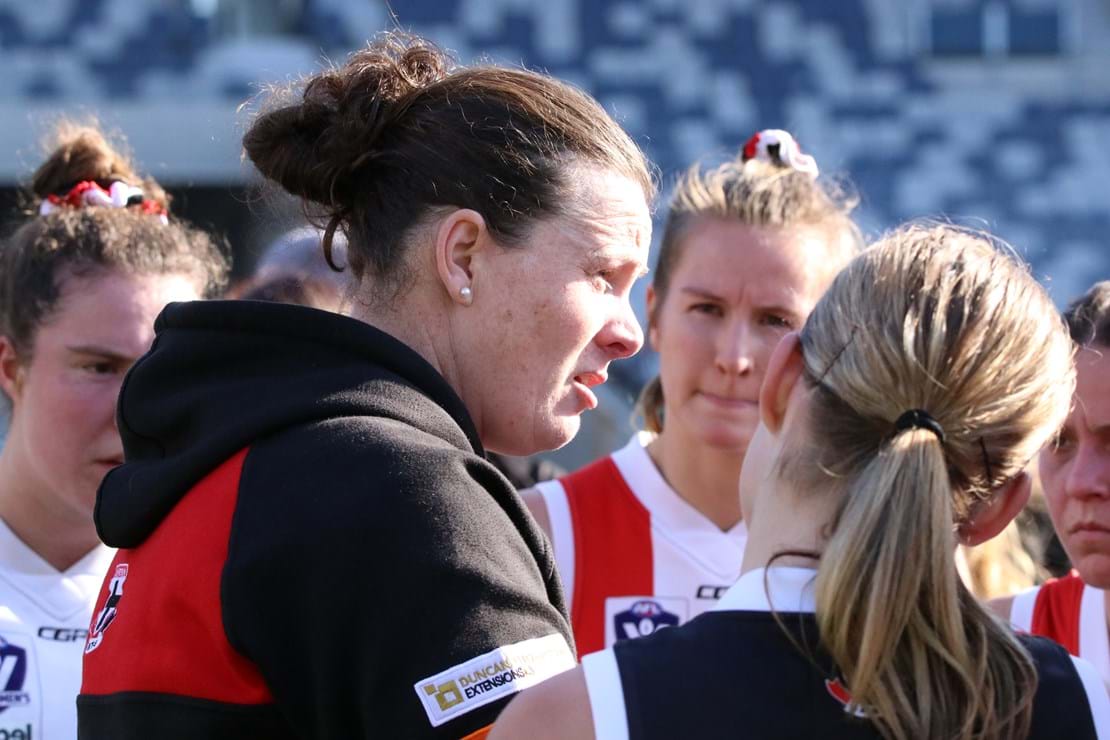 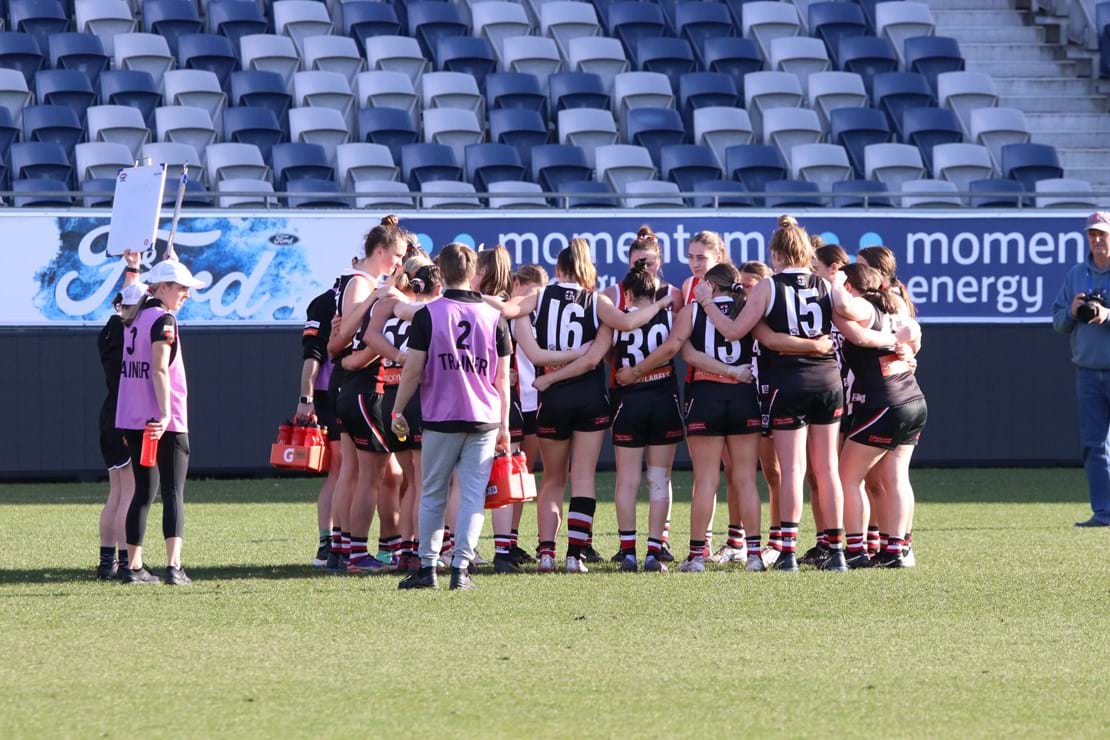 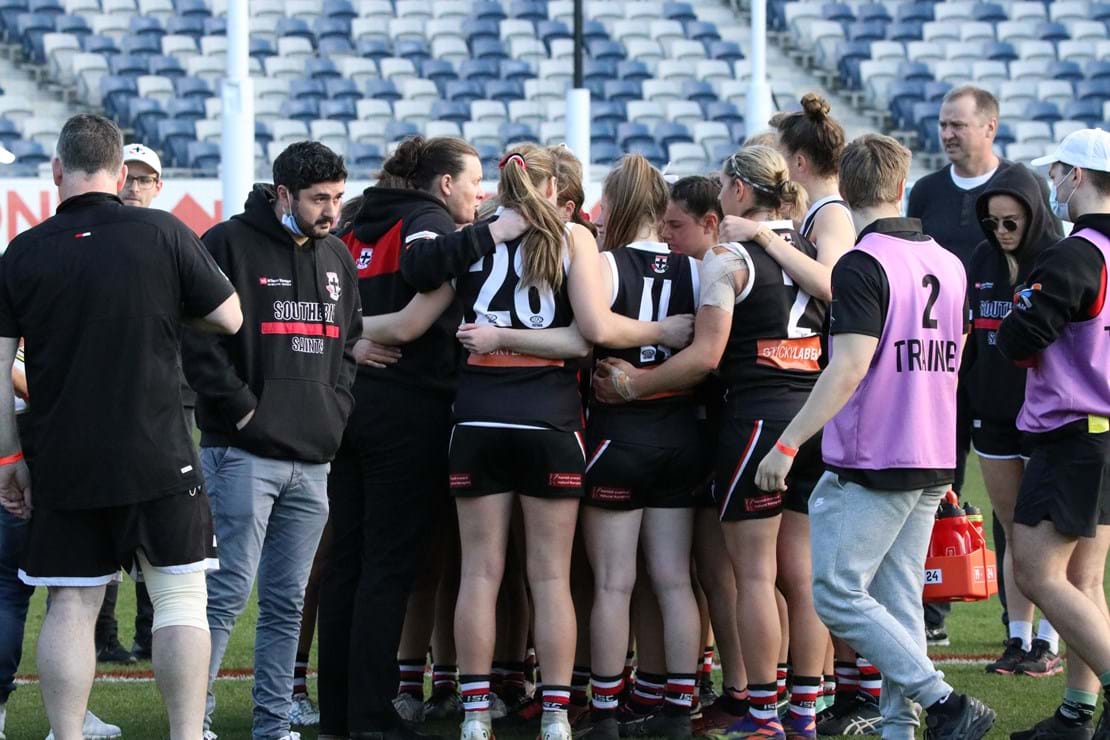 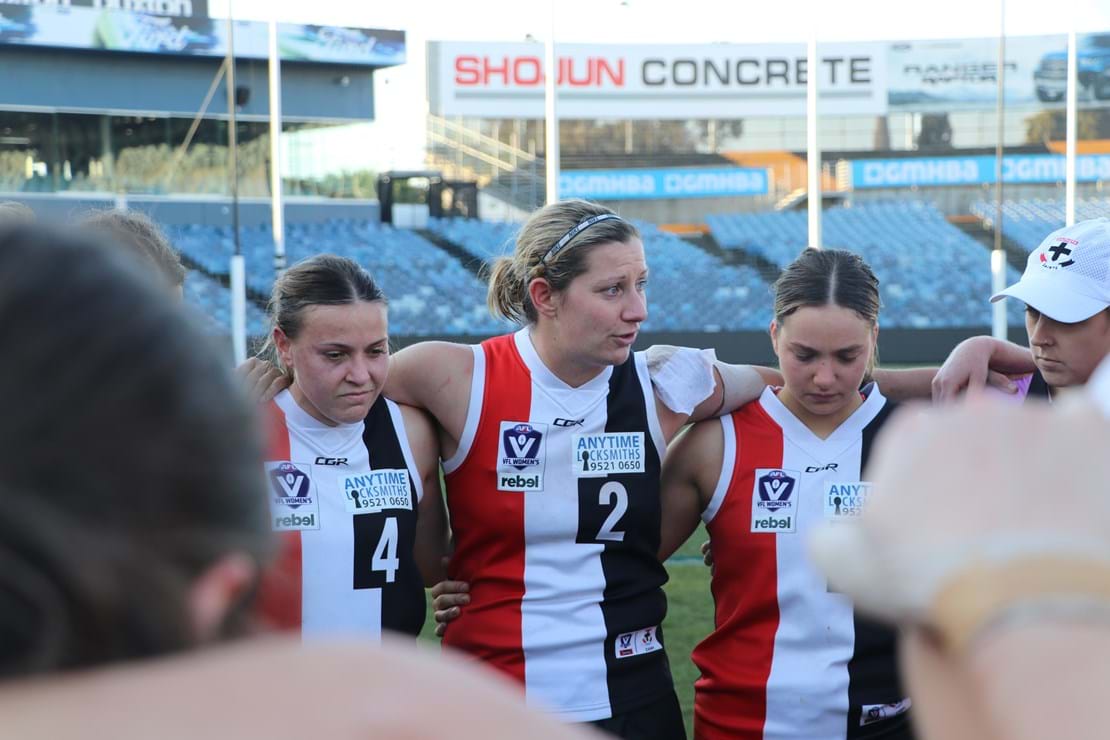 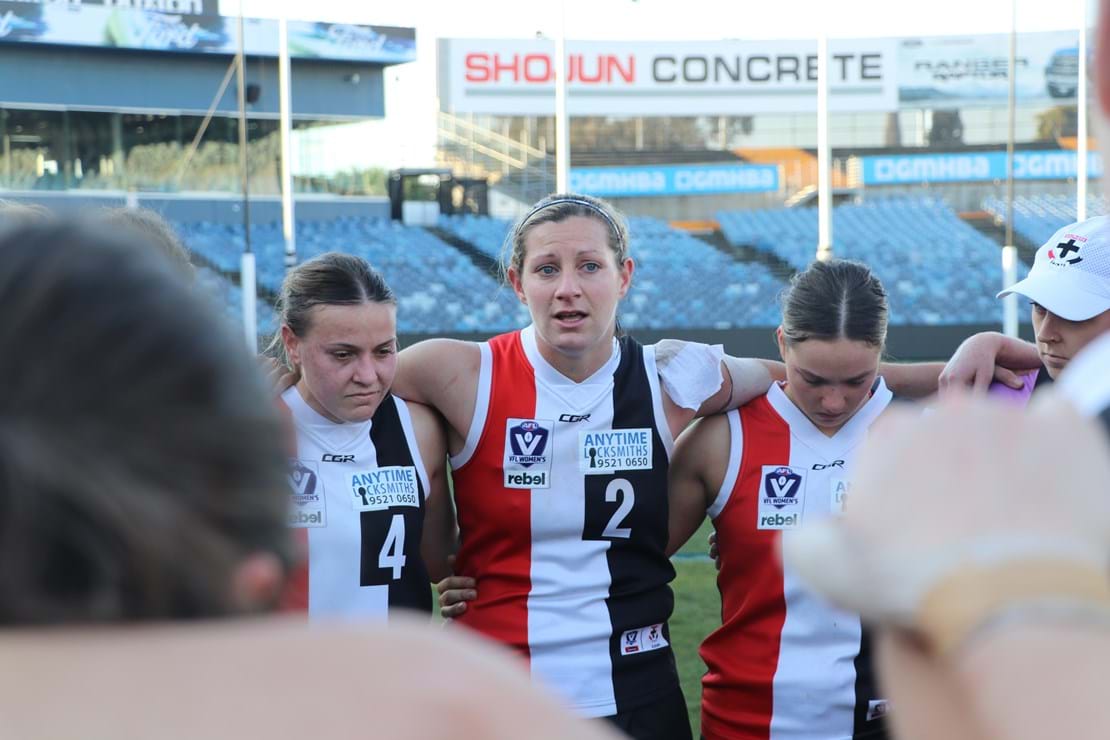 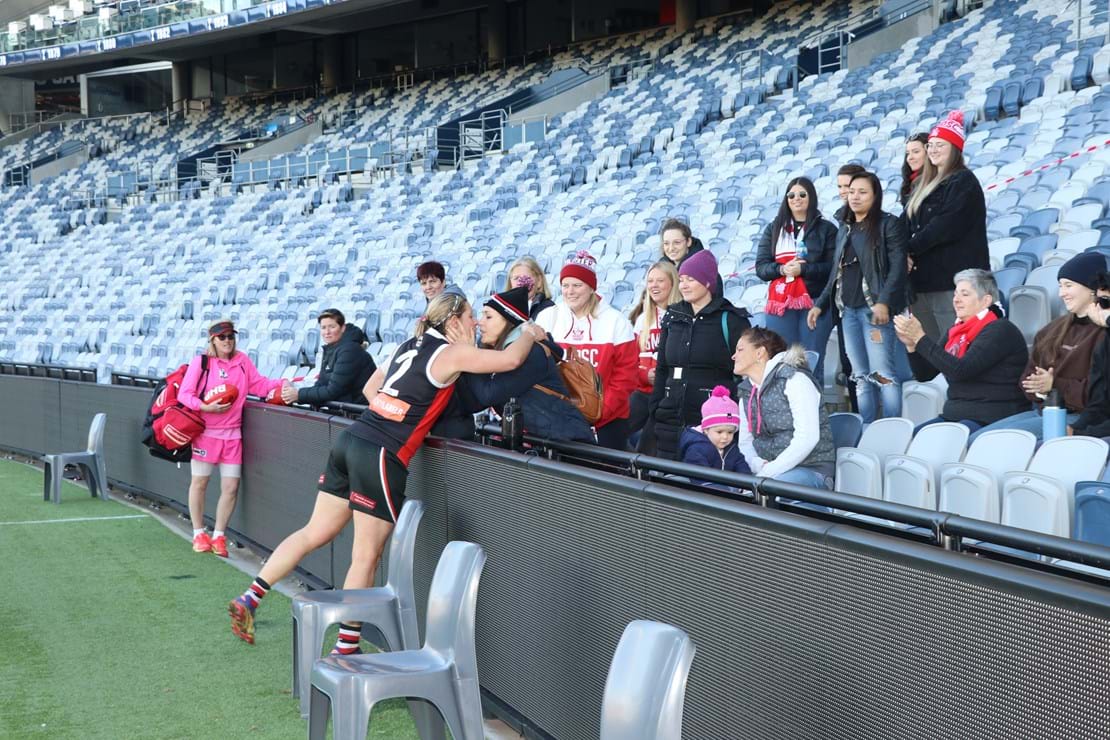 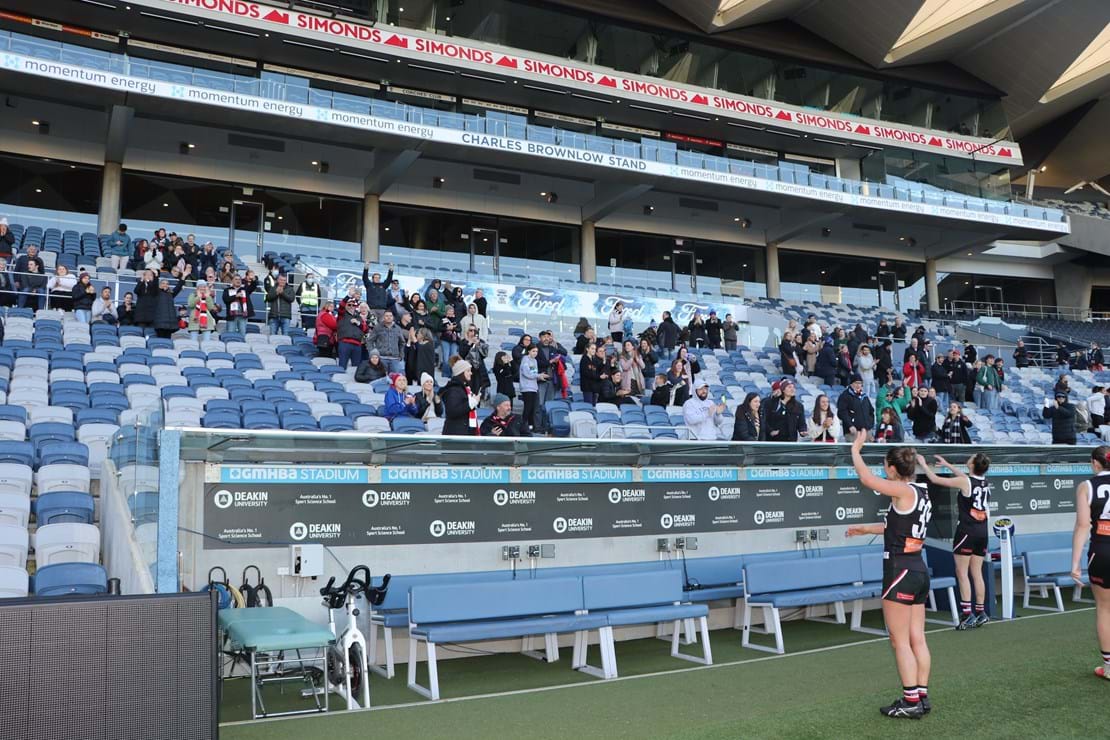 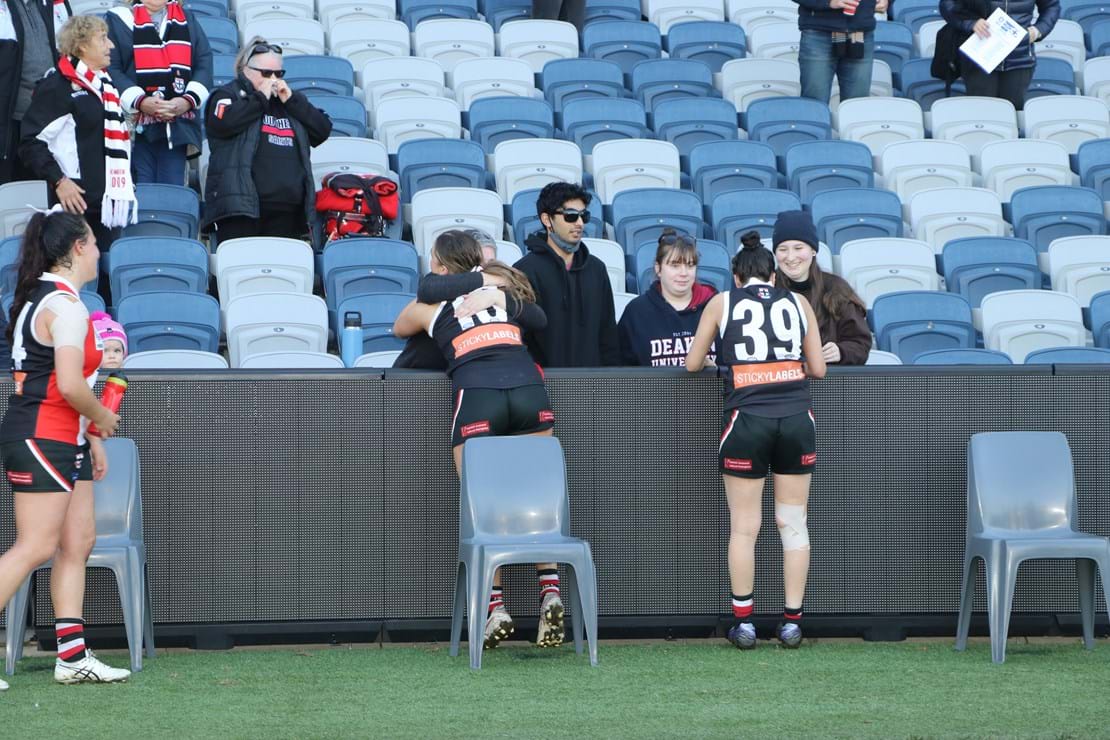 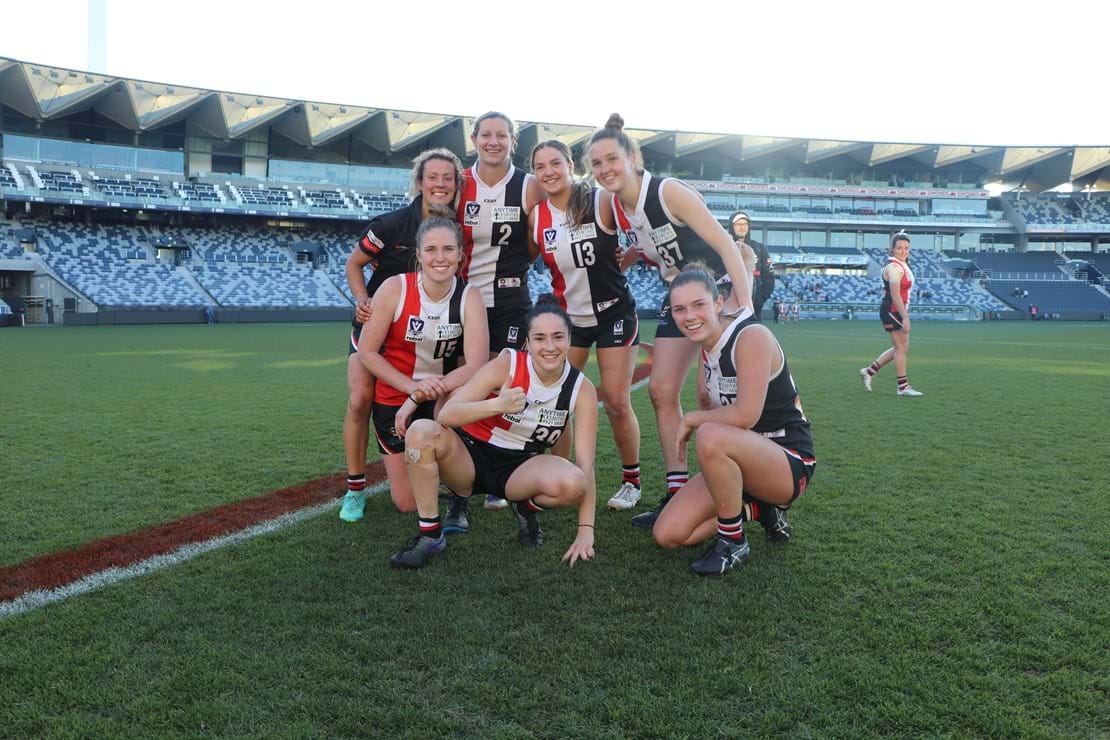 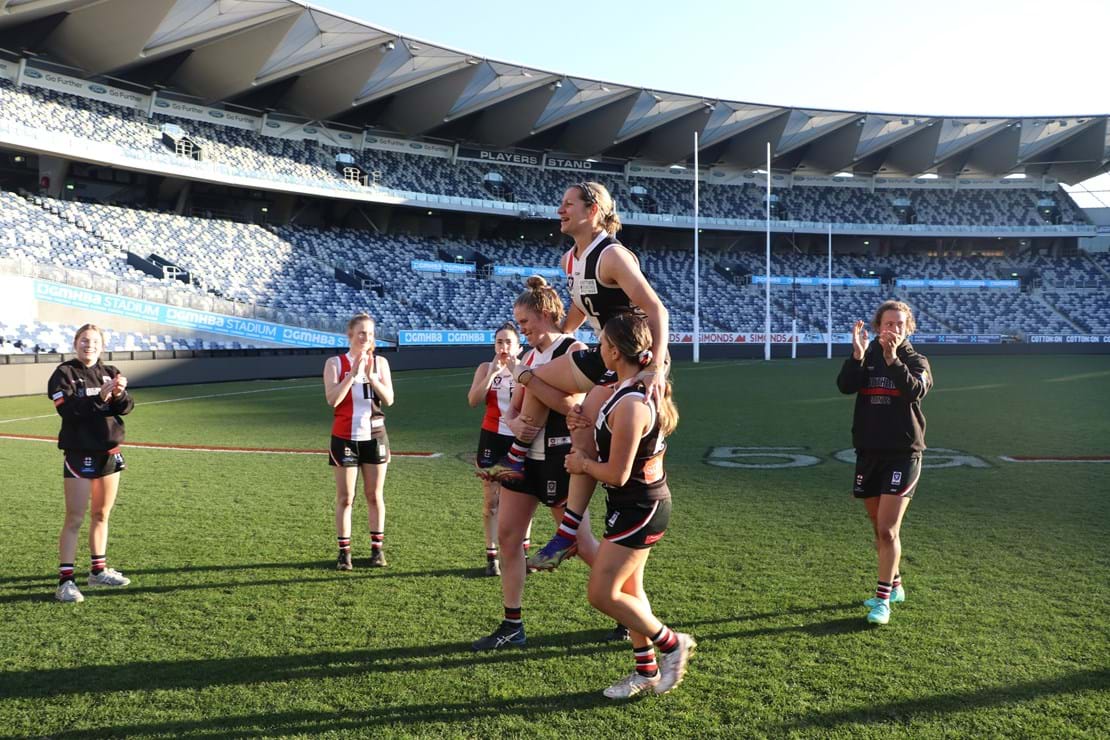 It was a perfect day for football, with blue skies and barely a hint of cloud in the sky as a small but boisterous crowd cheered their beloved Saints from the grandstands.

The Saints started the game impressively, generating repeat inside 50 entries through some excellent forward pressure.

A free kick deep in the pocket gave Jess Matin an opportunity to score the Saints first major of the afternoon — and she didn’t disappoint — playing on and slotting the goal from an acute angle.

Gabi De Angelis was busy in her customary forward pocket role, troubling the opposition defenders with her speed and athleticism.

Both teams struggled to generate scoring opportunities in the first half of the quarter with lots of stoppages and disputed balls between the arcs as Mel Bertuna and Hannah Stuart scrapped hard for their side in the centre.

Tara Bohanna worked her way up the wings to be an imposing aerial target, but there wasn’t much action further afield.

Despite the scrappy opening, the Saints managed to keep the Cats goalless in an admirable defensive effort, taking a 6-point buffer into quarter time.

The sides were evenly matched to start the second quarter, trading behinds at both ends of the ground as they jostled for momentum in a low-scoring clash.

Geelong threatened to open up the scoring with half a dozen inside 50s in a row, but failed to hit the scoreboard despite a few golden opportunities close to goal.

The Saints were resolute in defense and eventually capitalised through De Angelis, who snapped an impressive front and centre goal to extend their lead to 12 points at the midway point of the quarter.

Unfortunately for the Saints, the Cats hit straight back for their first of the afternoon from a turnover on the kick-in, with Georgia Clarke converting an easy chance close to goal.

Enter Amelia Peck, who steadied the Saints with a booming 40-metre set shot goal from the pocket to restore an 11-point lead heading into the main break.

With a preliminary final spot on the line, it was the Cats who started strongly in the second half, kicking their second goal of the match through a Clarke set shot to cut the margin to 5 points.

The Saints were forced to defend for large chunks of the third term as the Cats lifted their intensity and controlled possession across the ground to generate repeat entries in their forward half.

They quickly kicked another from a wobbly Paige Sheppard drop punt, and suddenly the Saints were trailing for the first time all afternoon.

Bohanna was thrown into an unfamiliar role in defence to help stem the bleeding, taking two impressive marks close to goal to halt Geelong’s momentum.

Despite holding the Cats scoreless for the final 11 minutes of the third quarter, the Saints were unable to score themselves, trailing by a solitary point going into a crucial final term.

After a dour third quarter, the match quickly came to life to start the fourth as both sides played a more attacking brand of football.

It was the Cats who capitalised first, extending their lead to 7-points after Georgia Clarke won a loose ball against Ebany Vanderheym in the forward pocket.

Minutes later, De Angelis kicked an important settler for the Saints from a 50 metre penalty which took her within metres of the goalline.

The travelling Saints fans were noticeably more vocal after the De Angelis goal as cheers of “Let’s go Saints” reverberated around GMHBA Stadium.

Alice Burke was composed as always across a half-back flank to keep the Cats at bay, while Tyanna Smith and Stuart were busy through the middle to generate attacking thrusts.

The teams traded goals as Clarke kicked her fourth for the Cats and Kayla Ripari marked a fortuitous De Angelis floater for her first of the day to restore the one-point deficit.

When the Cats kicked their third of the quarter with 7 minutes remaining, it proved to be too much for the Saints to overcome.

The Saints battled hard in the final minutes with multiple forward thrusts, but it wasn’t enough, the Cats running out 7-point winners on their home deck.

“I’ve seen so much personal growth in her this year and the impact she’s had on the playing group and the way she motivates them is just incredible,” she said.

“We didn’t quite get the result for her but she led from the front today — she copped a nasty corkie in the first quarter and was in significant discomfort."

"For her to play the game out and still have an impact was typical Frankie.”

Robinson also spoke highly of her players for overcoming COVID interruptions and untimely losses throughout the home and away season to make the semi-finals.

“I don’t have enough words to tell you how proud I am."

"They put their heart out there today and they’ve done that for every week of the season, but even more so since we came back from the break during COVID— the football they’ve produced in the last few weeks has been very special,” she said.