Sunday saw the Southern Saints return to footy after an extended break — and they responded with a resilient six-point victory against a feisty Carlton side — in what was an important game for their finals chances. 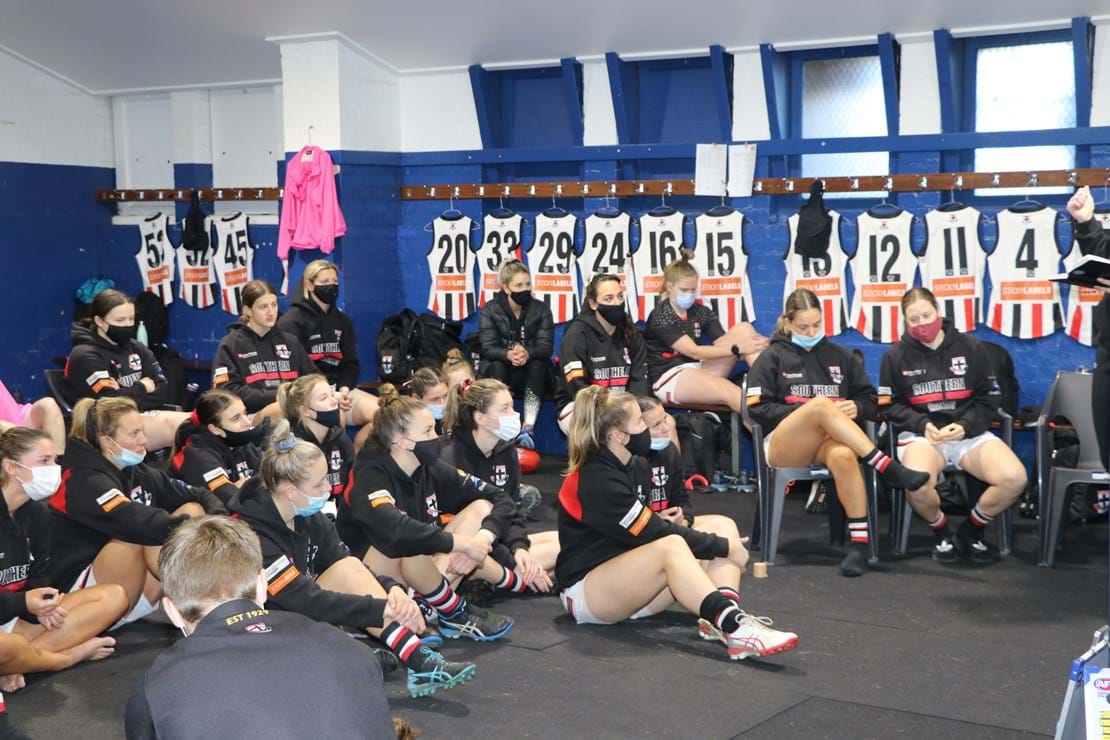 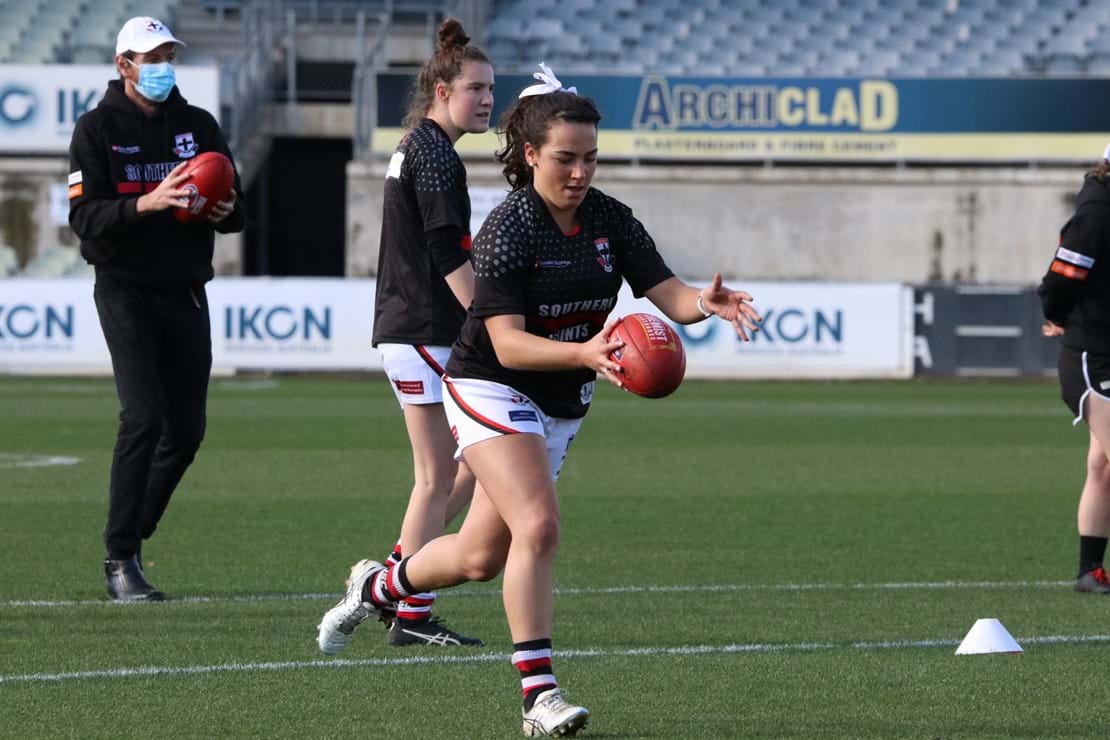 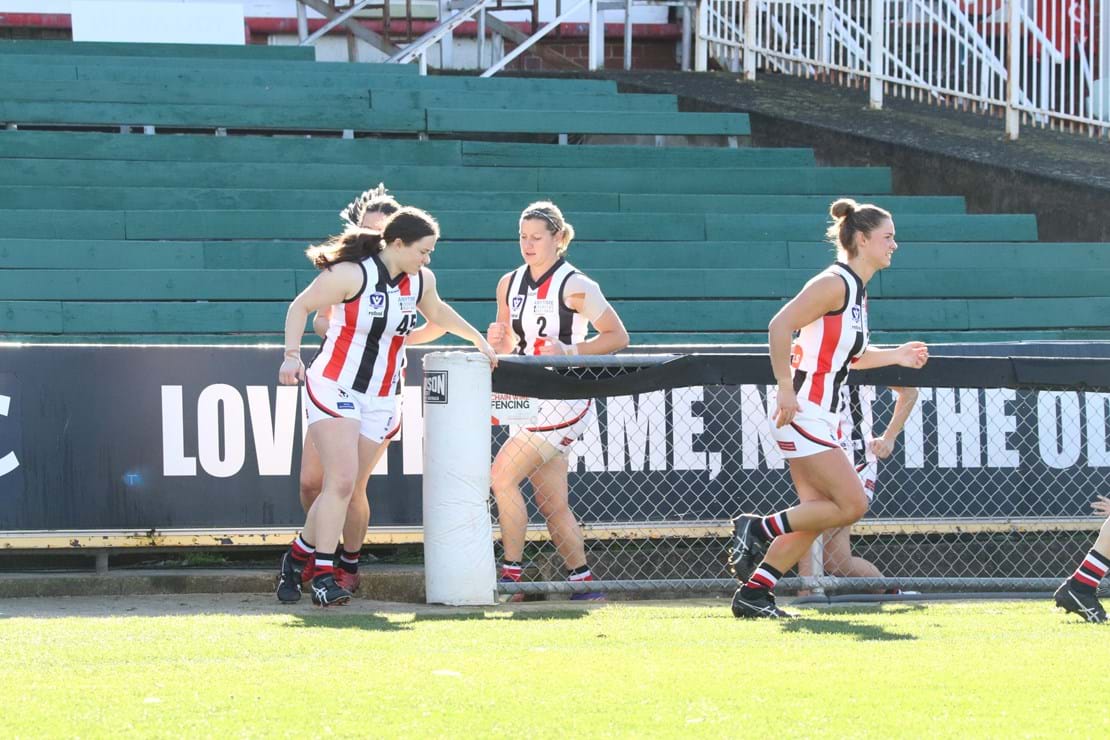 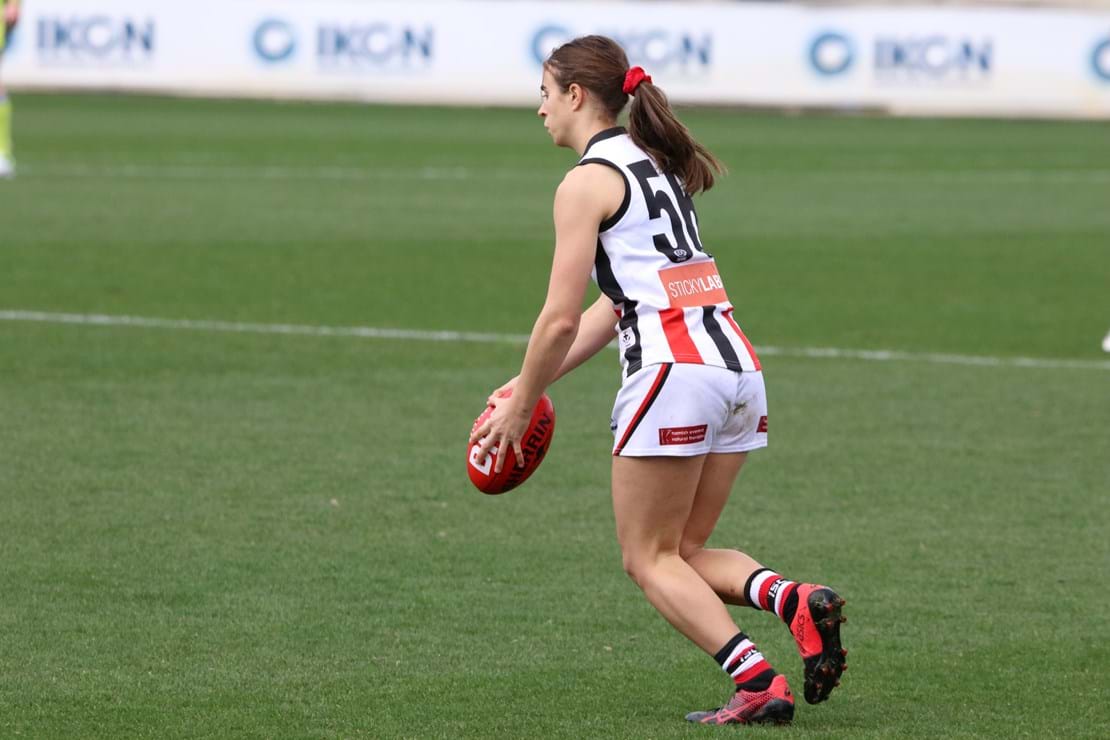 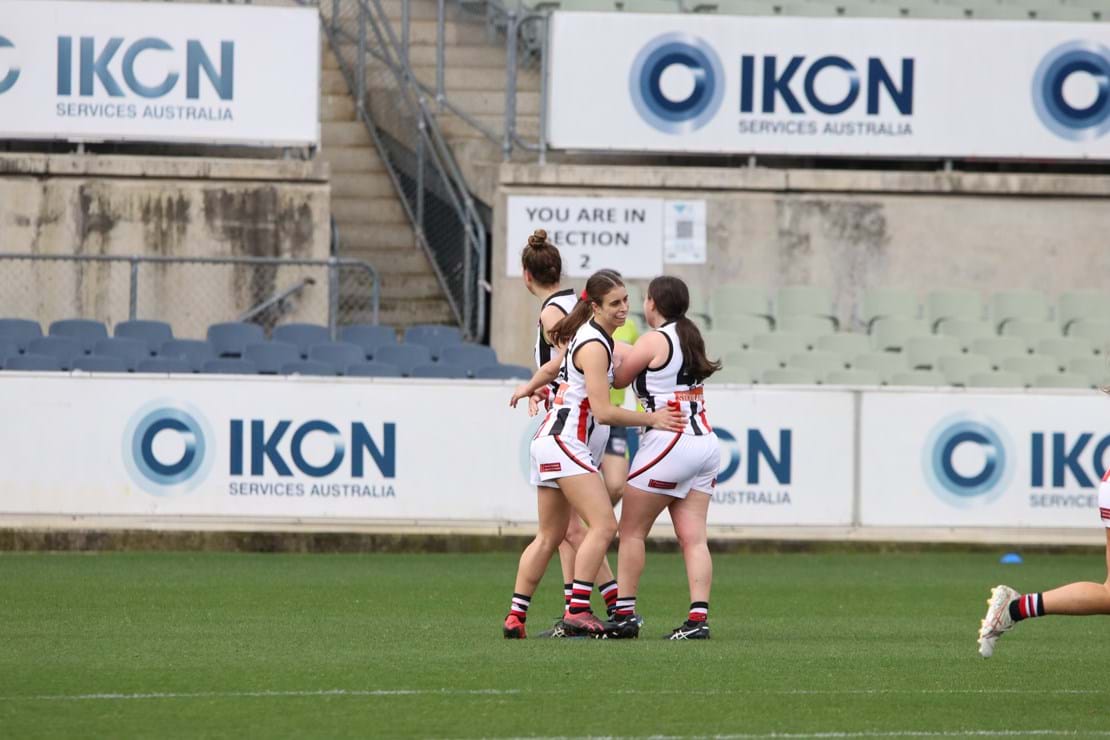 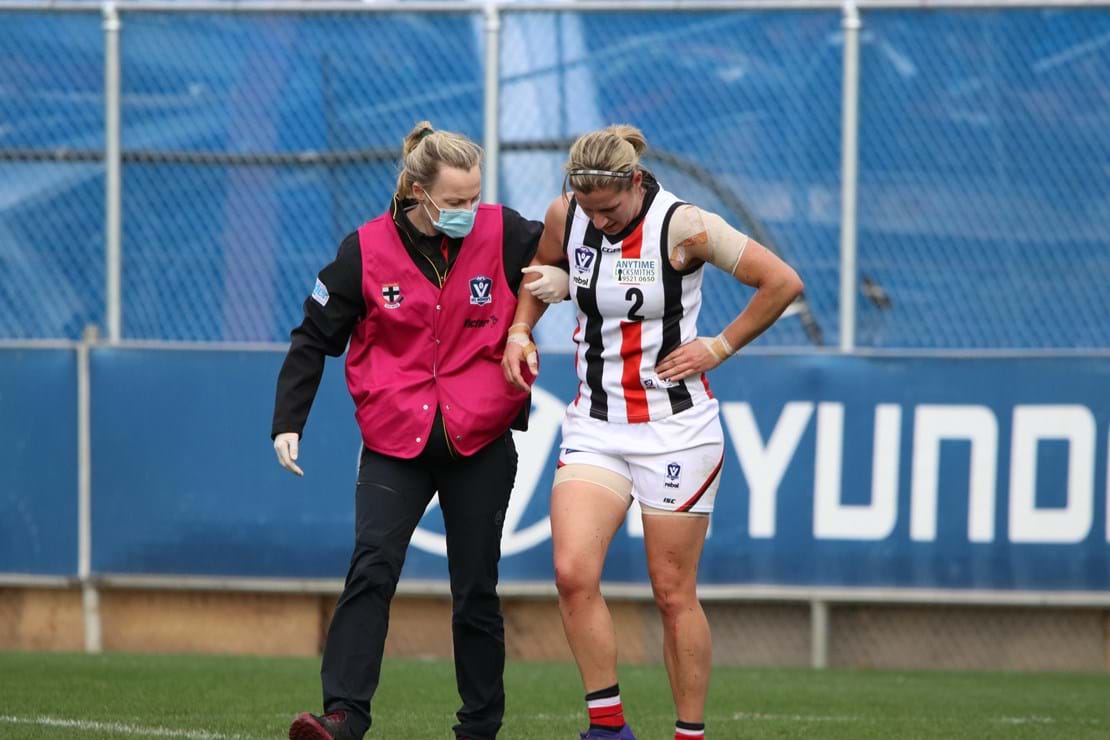 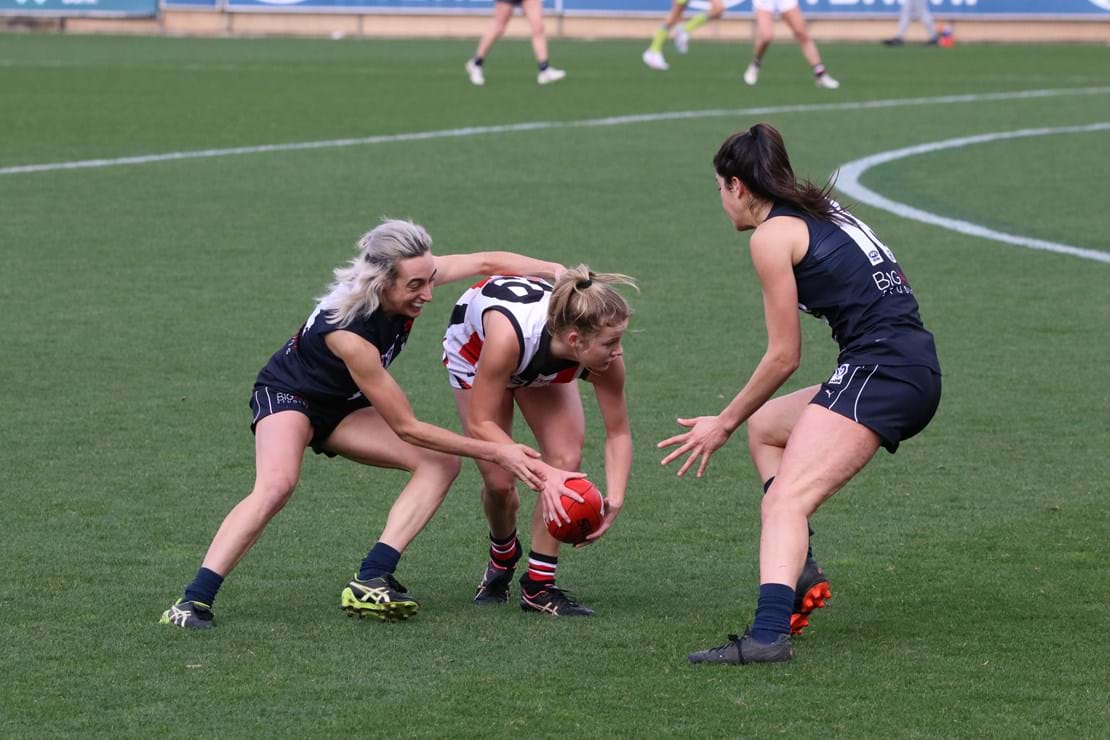 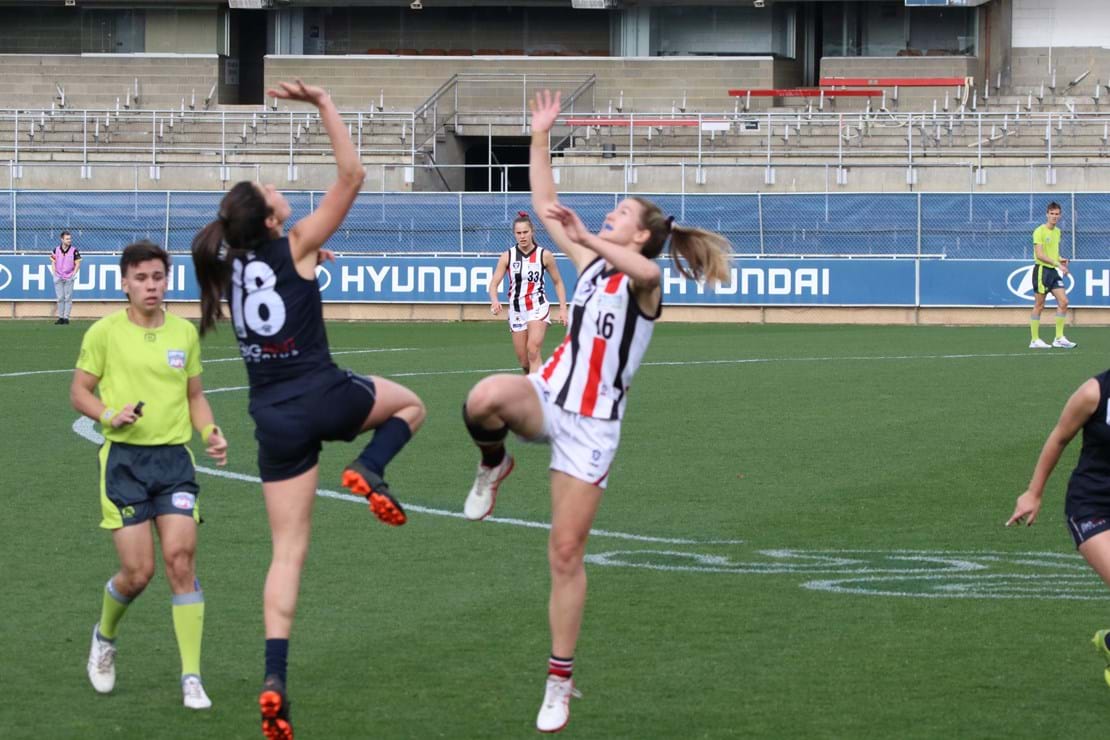 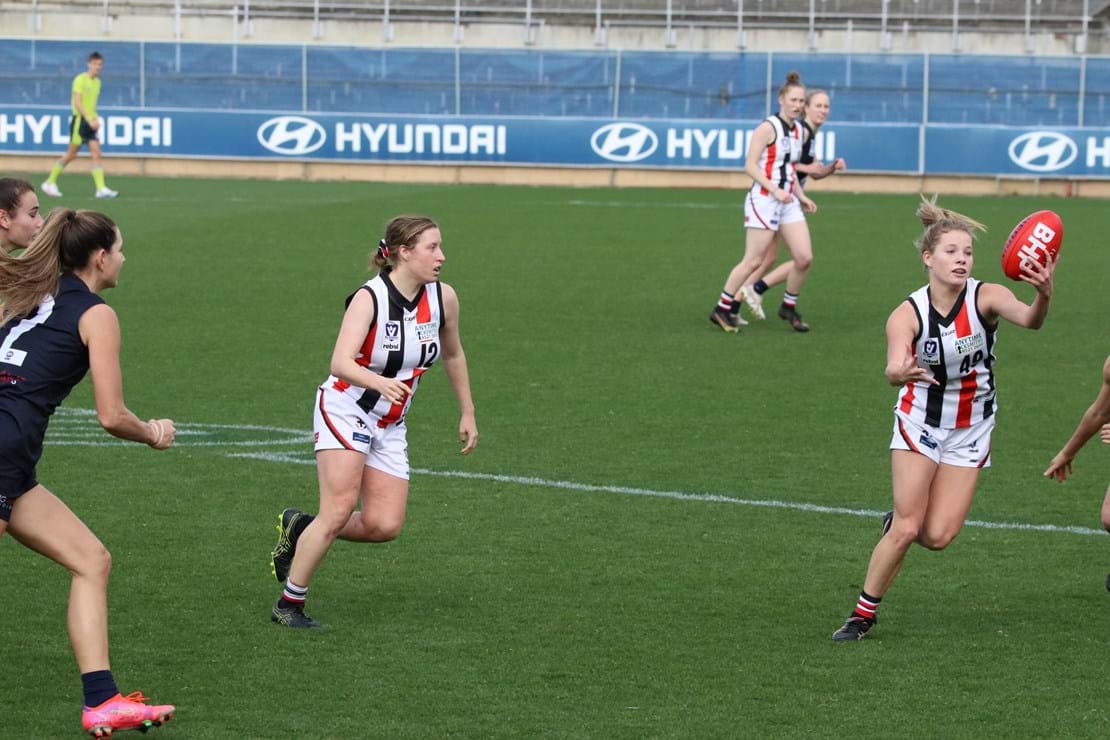 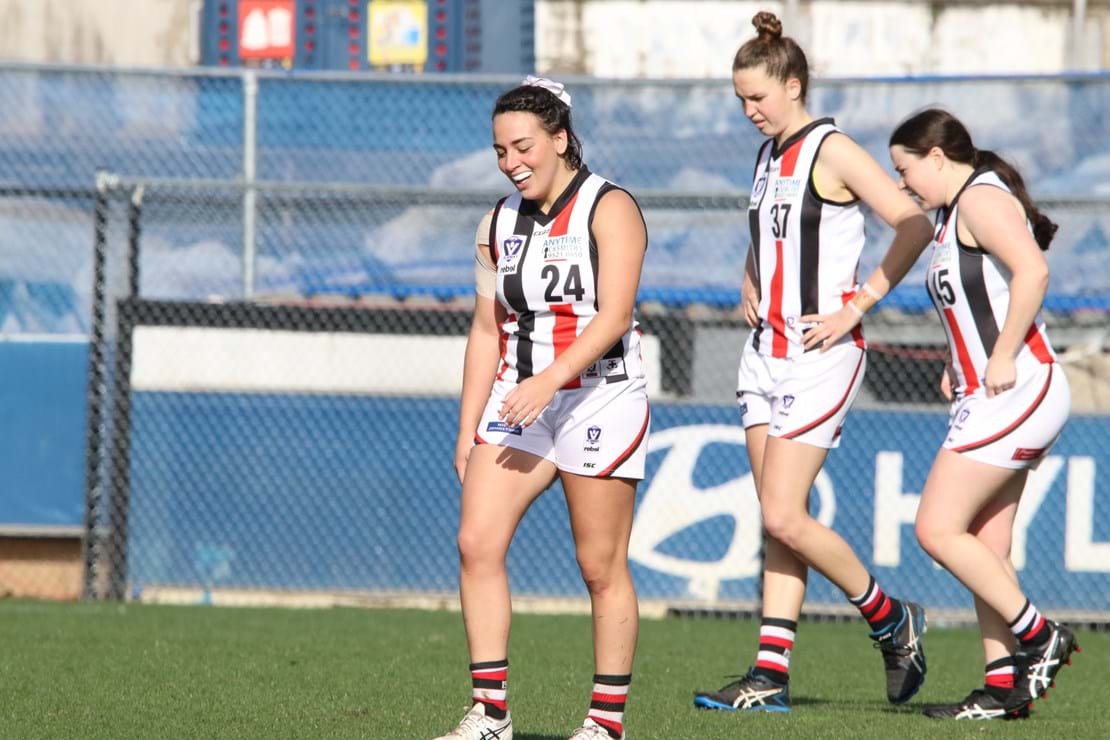 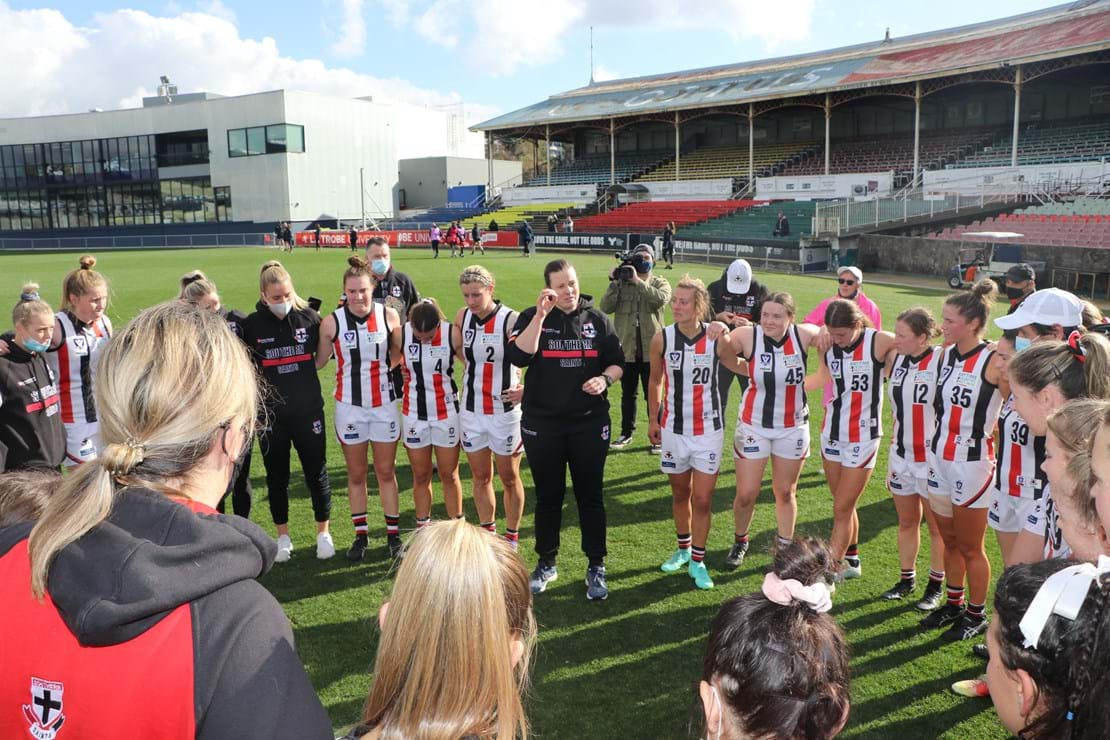 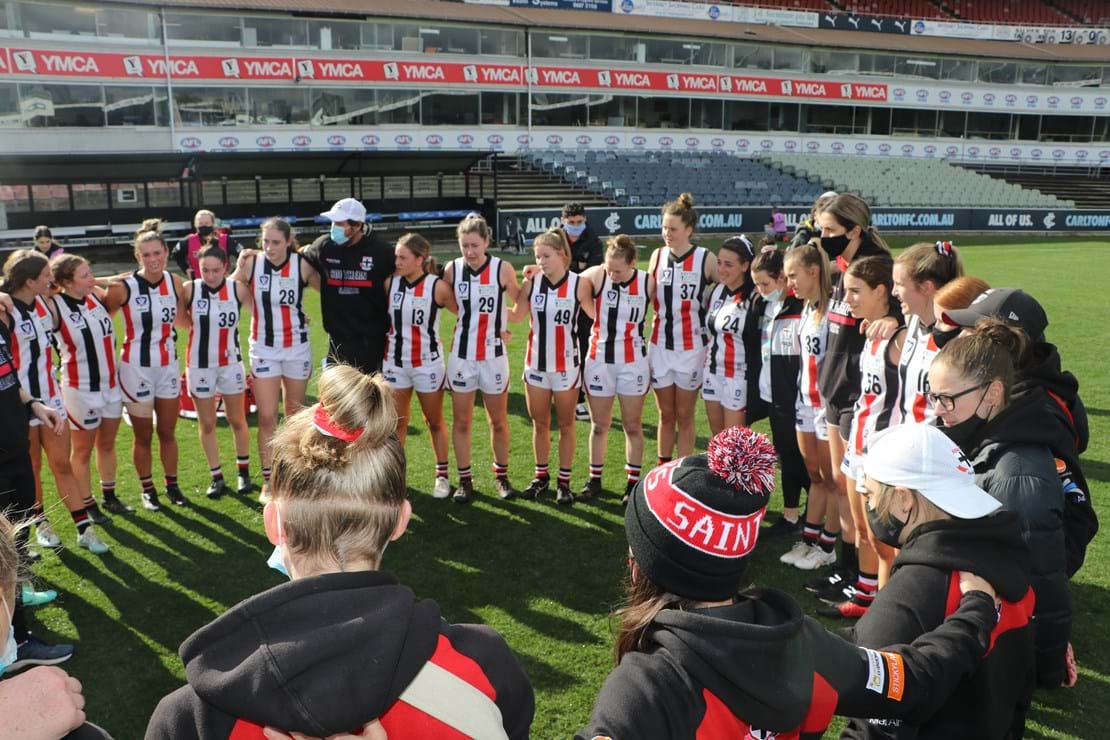 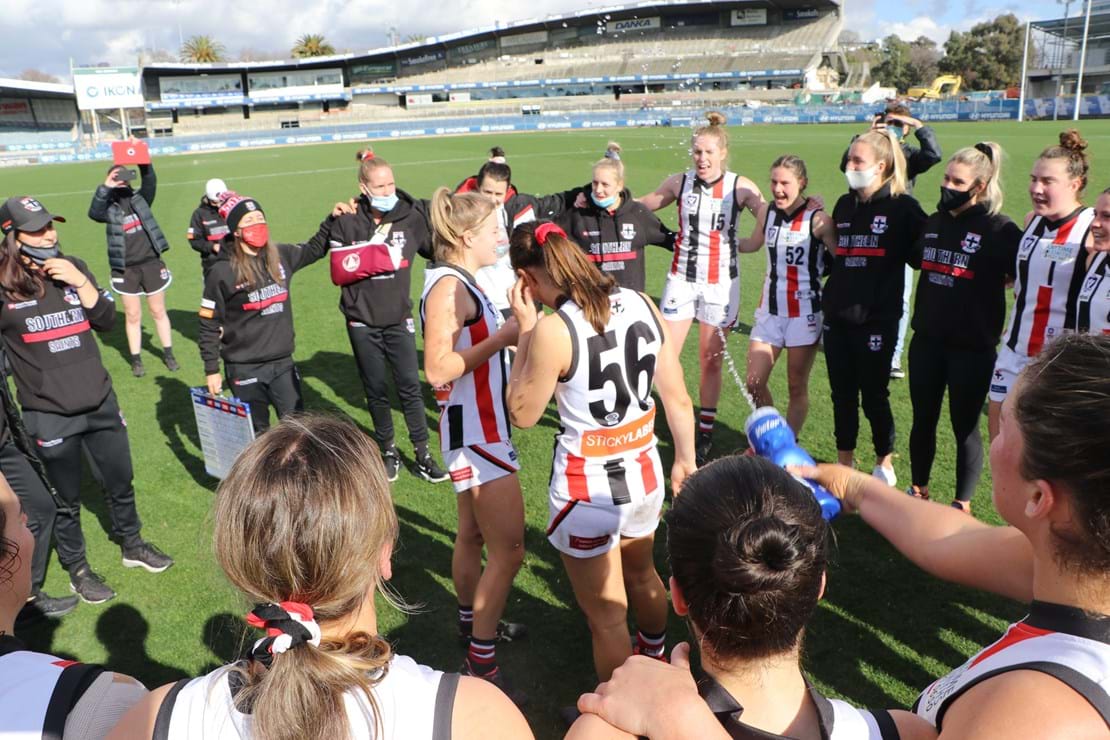 The teams were met with brisk but clear conditions at Ikon Park and despite the noticeable lack of crowd, the teams came out fired up and ready to put on a show in their return to football.

In an important game for finals contention, the Saints got the early break, as Jess Matin was able to convert from distance for their first.

The Saints were moving the ball well across the expansive space of Ikon Park, and it was Millie Peck who was able to get their second, as she looked more than comfortable in the forward line after a year of playing in defense.

Hannah Stuart was producing repeat efforts out of the middle to drive the ball forward where the Saints looked dangerous.

The game was stopped momentarily as co-captain, Frankie Hocking, came off with what looked like a painful injury to her side.

With Hocking off the ground, a momentary lapse in defense allowed the blues to mark on the goal line and get one back late in the quarter as the Saints took a six-point lead into quarter time.

The Saints started with high energy in the second, and Kayla Ripari was able to capitalize within the first two minutes to open up a small lead.

Gabi De Angelis and Ripari were working well in tandem across half forward, as the Saints applied the pressure, but Carlton fought back as both teams struggled to find the goals in a tight contest.

Rebecca Neaves was excellent with her positioning across the ground, and continuously drove the ball forward to give the Saints chances whilst Deanna Jolliffe was ruthless around the stoppages applying tackling pressure and setting the standard for her teammates.

A series of precise kicks along the boundary was finished with a clinical set shot from Tyanna Smith, as the Saints went into half time with a solid 19-point lead.

Both teams struggled to gain the ascendancy at the beginning of the third, as the ball ping ponged between the arcs.

The deadlock was eventually broken after a needless 50m penalty gave Carlton an easy goal and reduced the margin.

The Saints were obviously frustrated and gave away several careless free kicks which culminated in another 50m penalty and Carlton goal and suddenly it was game on.

The Saints were suddenly under pressure, and a penetrating kick forward and a mark on the line gave Carlton their third in quick succession and they had the lead in a quick turnaround.

Carlton had all the momentum, and a clever snap increased their lead as suddenly the Saints were the ones on the backfoot.

Carlton added one more on the siren — which completed a five goal turnaround from halftime — and the Saints finals chances were hanging by a thread, as they went into the final change down by two goals.

After a few choice words from coach Dale Robinson, the Saints came out with something to prove in the final quarter, and it was co-captain Tara Bohanna who led the charge early as she hit the scoreboard.

The Saints were able to regroup and were working hard to push the ball forward with Stuart and Smith leading the way out of the middle.

A brilliant finish from Matin from a tight angle brought the Saints to within 1 point halfway through the quarter.

The Saints were rewarded for their effort and took the lead back, as a brilliant piece of switch play led to a classy finish on the run from Smith who was outstanding all day.

With the clock winding down Lucy Bourke was able to take multiple defensive intercept marks and was composed with her disposal, as the Saints were able to ice the game and come away six-point winners in a thriller.

Coach Robinson was pleased with the performance, despite the third quarter lapse in concentration.

“We had a good first half and then in that third quarter we were probably just a step behind and there were a few things that happened that just went away from the way that we value and go about our footy.”

“I put the challenge to them at three quarter time, and they really stood up to that challenge, so to finish off the way that they did was probably the best win we’ve had all year because you could see that they actually believed that they could win.”

The Saints now move back into the top six with one game remaining in the regular season and take on North Melbourne next week with a chance to secure their spot in the finals.