Saints go down in admirable performance against undefeated Collingwood

The Southern Saints put in a valiant effort against an unbeaten Collingwood side in their Round Seven matchup on Saturday, but the Pies showed their class as they came away with a hard-fought 15-point win at Wilson Storage Trevor Barker Beach Oval. 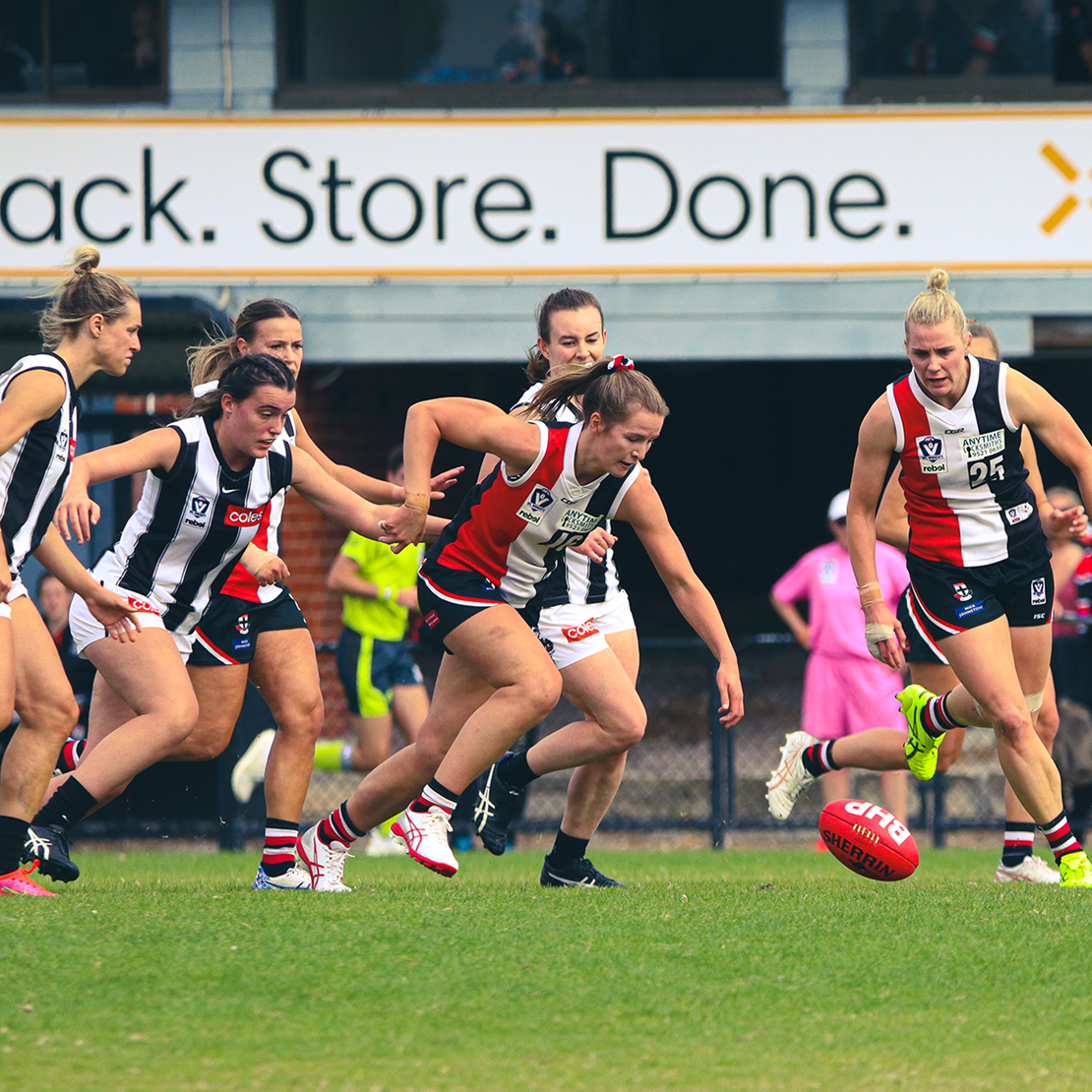 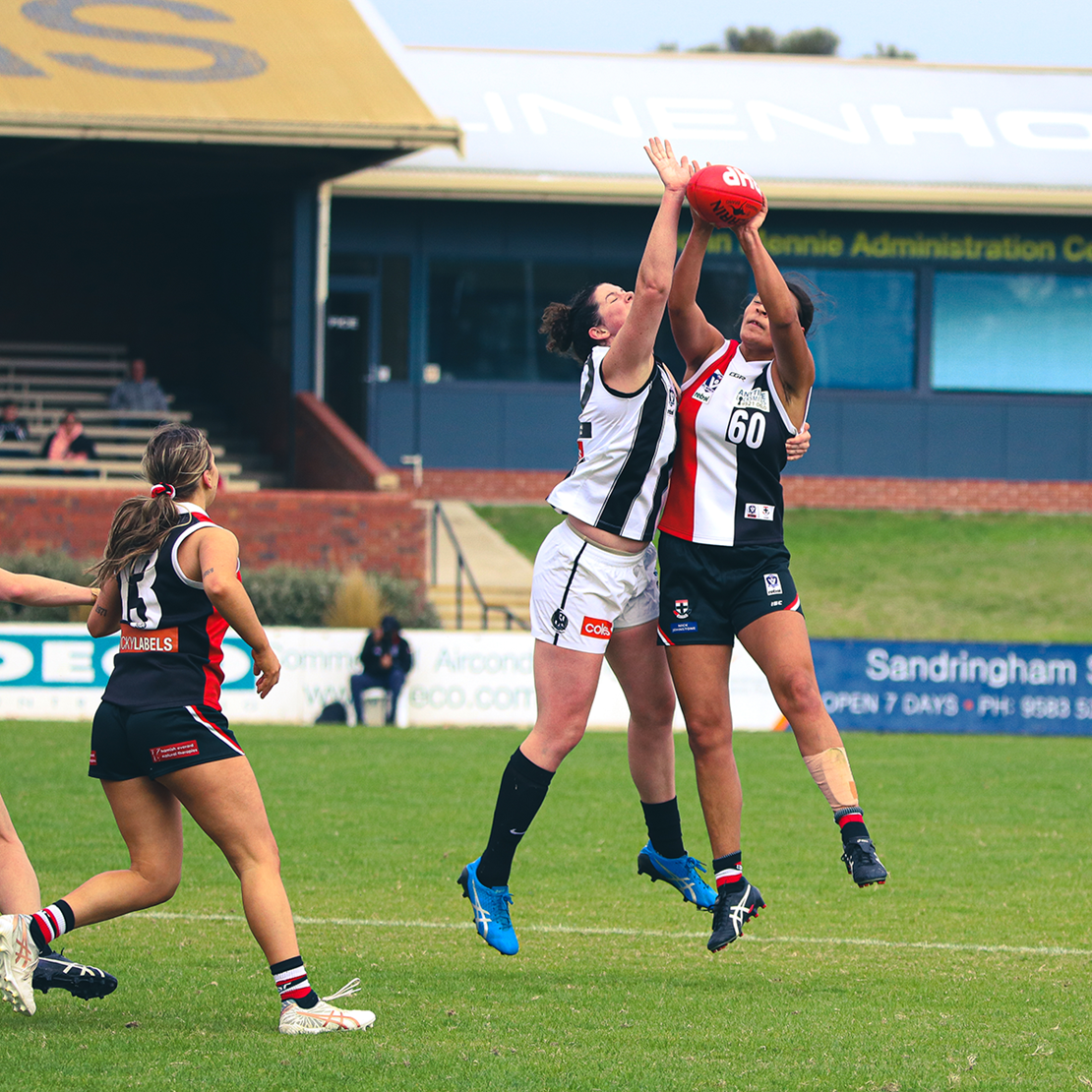 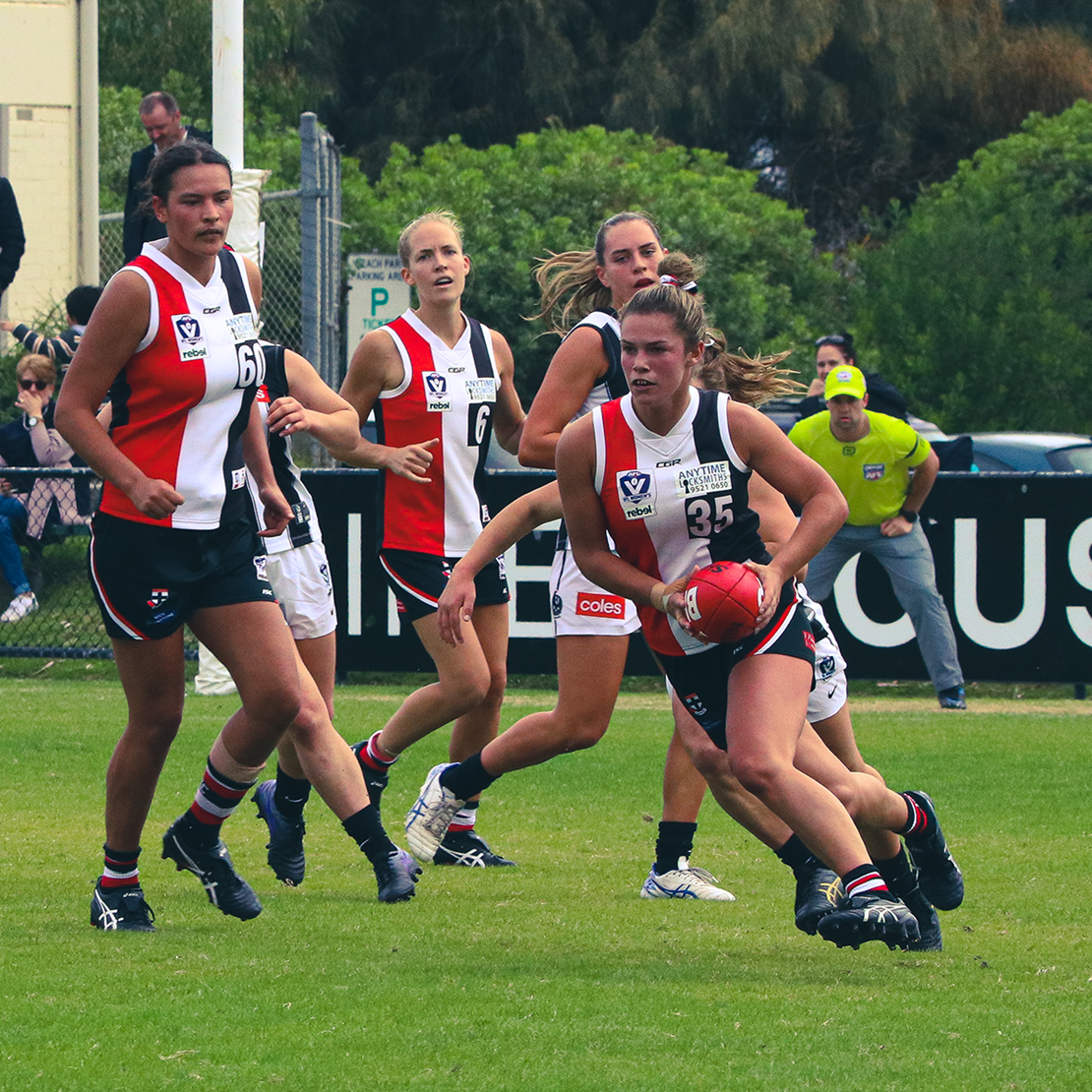 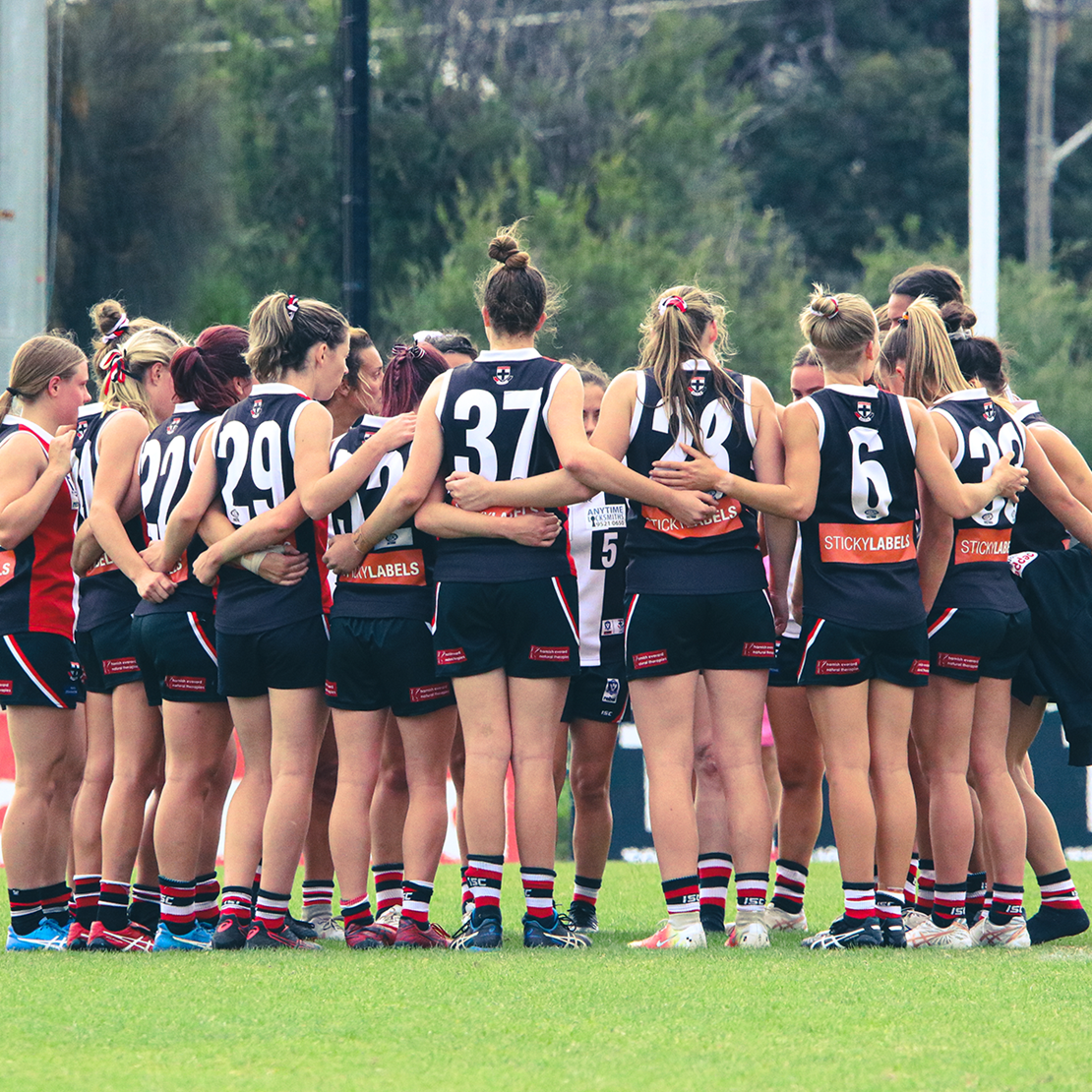 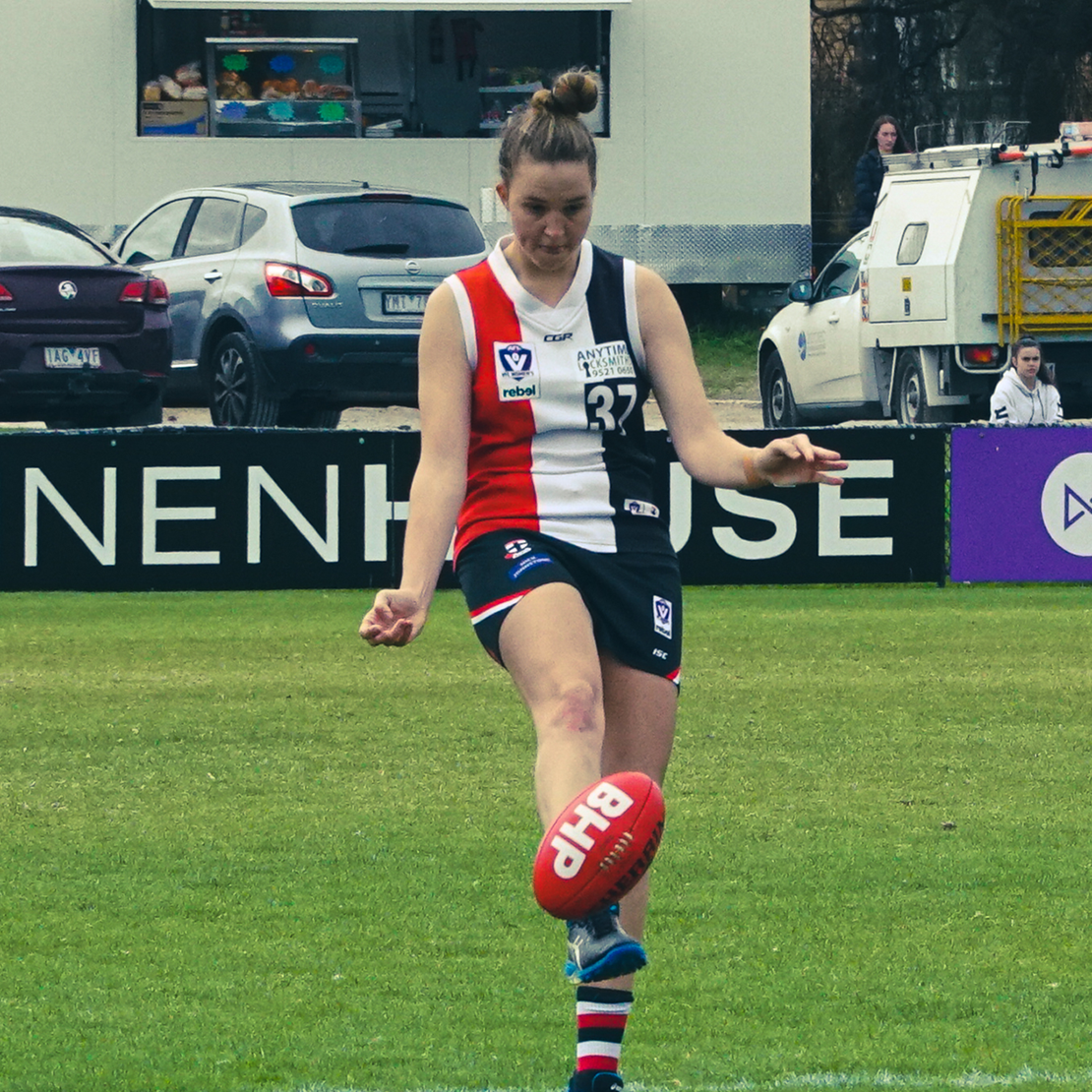 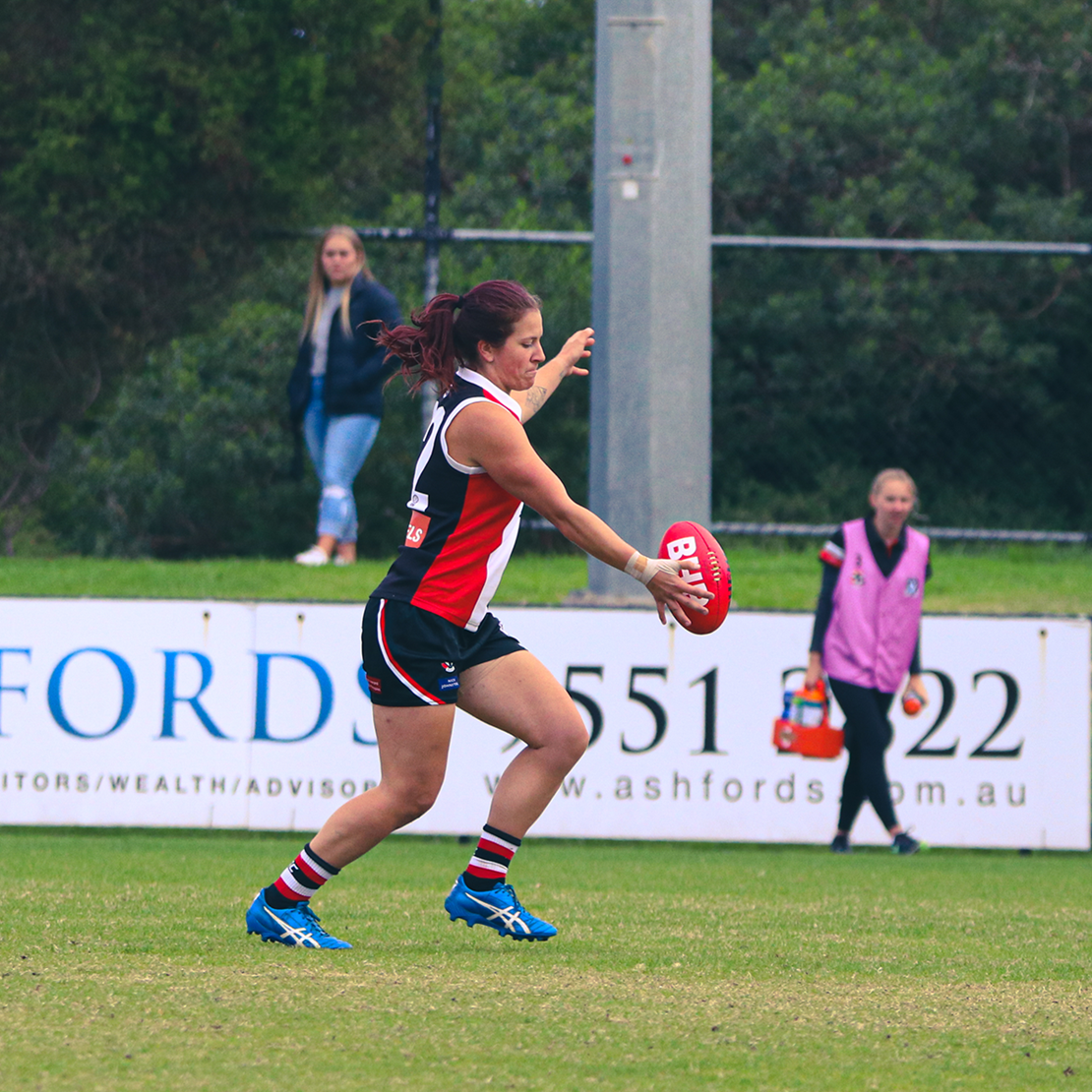 The Saints came out firing and looked up for the challenge early against a Collingwood side that were undefeated, and their persistent pressure in the first quarter paid off as Tara Bohanna got them on the board with a long goal.

Molly McDonald showed her class early, whilst Deanna Joliffe and Madi Capsalis worked hard in the middle to push the ball forward where Gabi De Angelis looked her ever-dangerous self.

The Saints soon had a second, as a strong tackle inside their forward 50 and subsequent finish from Nicole Robertson gave them a handy 10-point lead going into the quarter time break.

The second quarter started with the same intensity as the first, but it was the Pies who were able to hit back early, as a penetrating kick from Amelia Velardo was marked and goaled.

The Pies quickly followed this with a second and took the lead, and whilst the Saints tried hard to work the ball forward, the Pies soon had another as they flexed their muscle.

Alice Burke continued to work through the midfield to push the ball forward, and another strong Bohanna mark and deep kick forward allowed the Saints to get one back through Jacqui Vogt as the margin was cut to a singular point at half-time.

Coming out of the main break both teams struggled to assert themselves as goals were hard to come by.

Lucy Burke was exceptional in defense, as she continually proved to be a barrier to Collingwood’s forward advances.

However, the wall eventually broke, and it was Collingwood who scored the only goal of the quarter and took an 8-point lead into three quarter time.

The Saints started the fourth with it all to play for, and it was two of their best — McDonald and Bohanna — who again linked up for the first of the quarter as Bohanna was able to finish from distance.

The Saints were pushing hard for goals as they locked the ball in the forward line, but the Collingwood defense was resolute and counterattacked the other way to score against the tide through Bella Smith.

Smith had her second for the quarter within a few minutes and put the game beyond reach as the Pies eventually ran out 15-point winners in what was a great contest between both sides.

Despite the loss, coach Dale Robinson said there were positives to come from the performance.

“We asked the girls for real intent around the ball during the week, and the way that they came out and showed that across four quarters is what we wanted.”

“I think Collingwood were even surprised at the way we came out at the first bounce — and that’s what we asked for — to come out with intent and defensive pressure.”

“This sets the benchmark — we don’t go backwards from here and will only keep getting better each week.”

The Saints move to 3-4 for the season and sit sixth on the ladder and will face the Western Bulldogs at 7:30 on Friday night at the Whitten Oval in their Round 8 matchup.