The Southern Saints have gone down to the Hawks by 21 points. 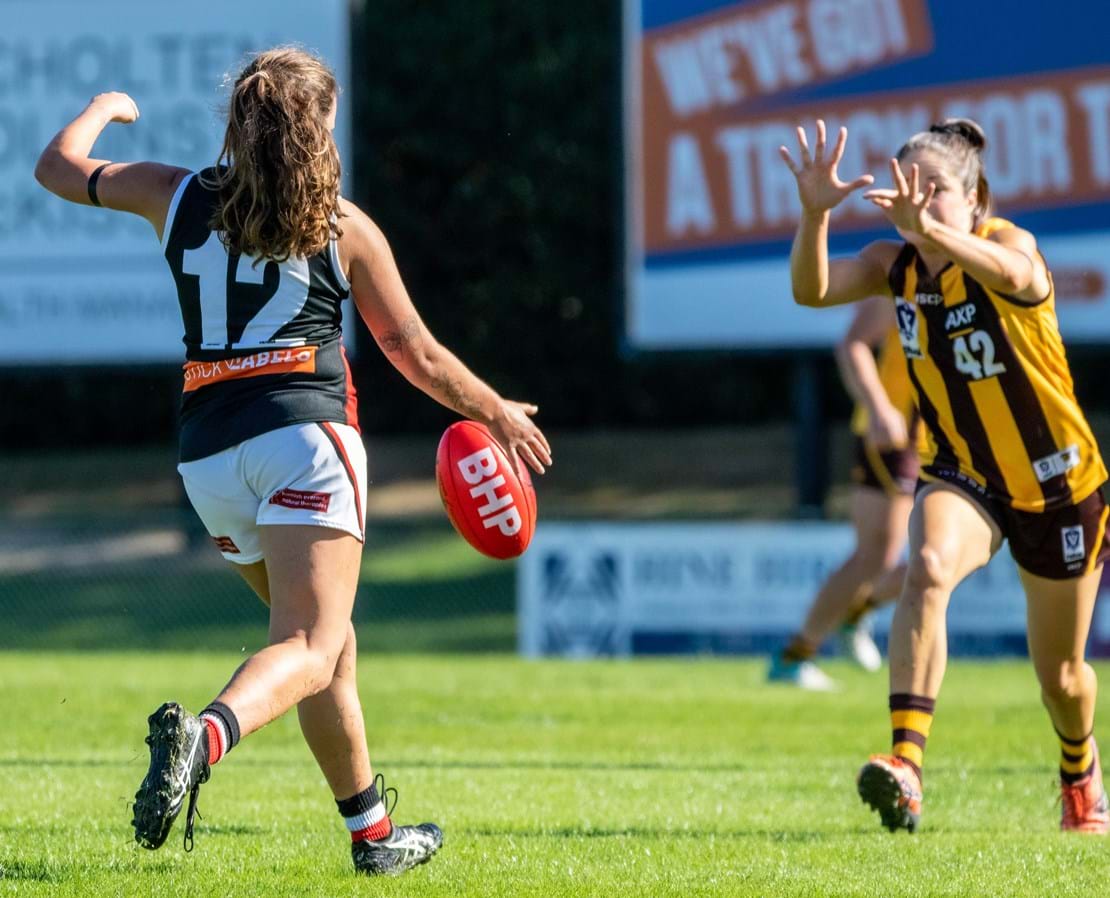 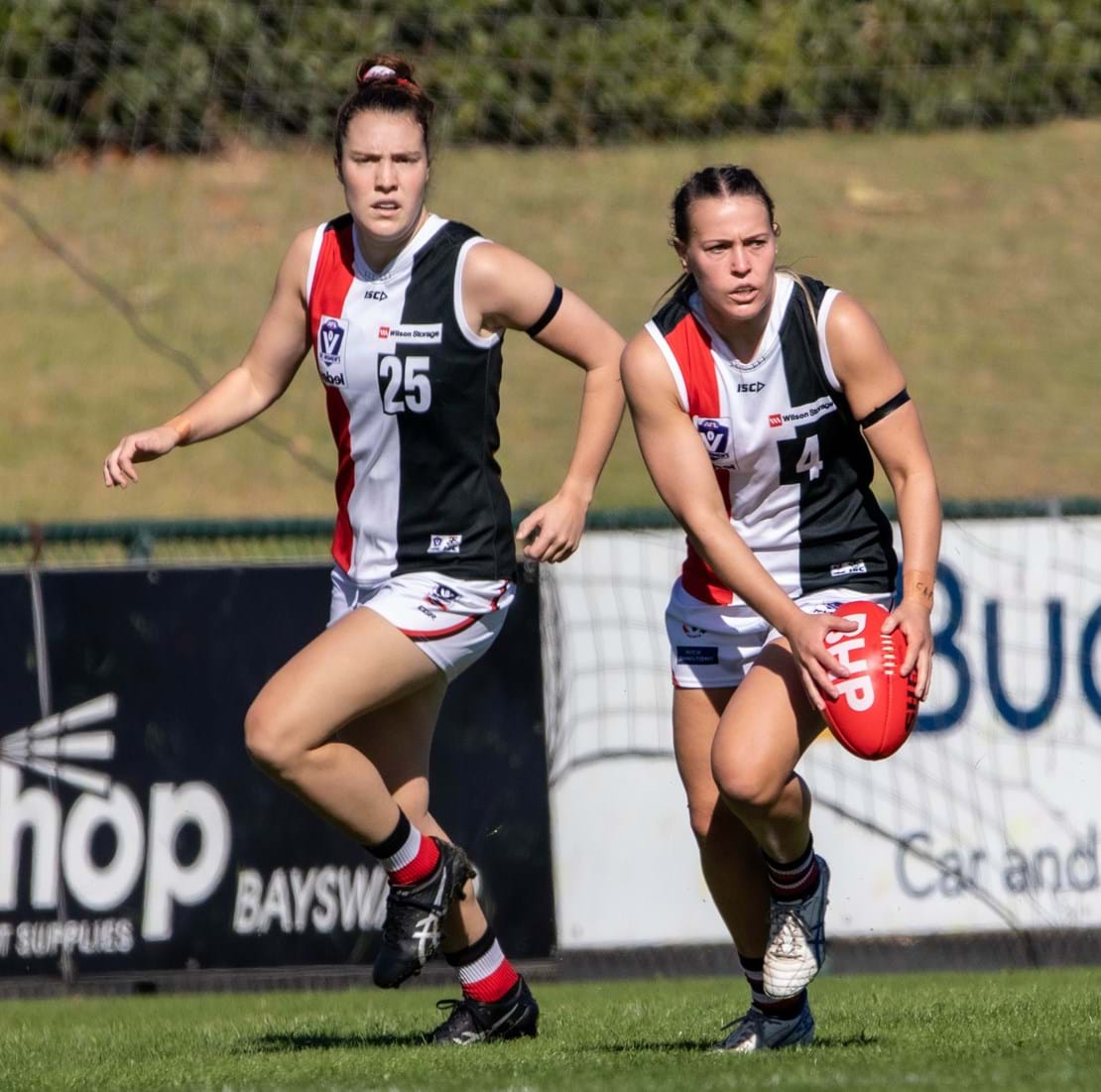 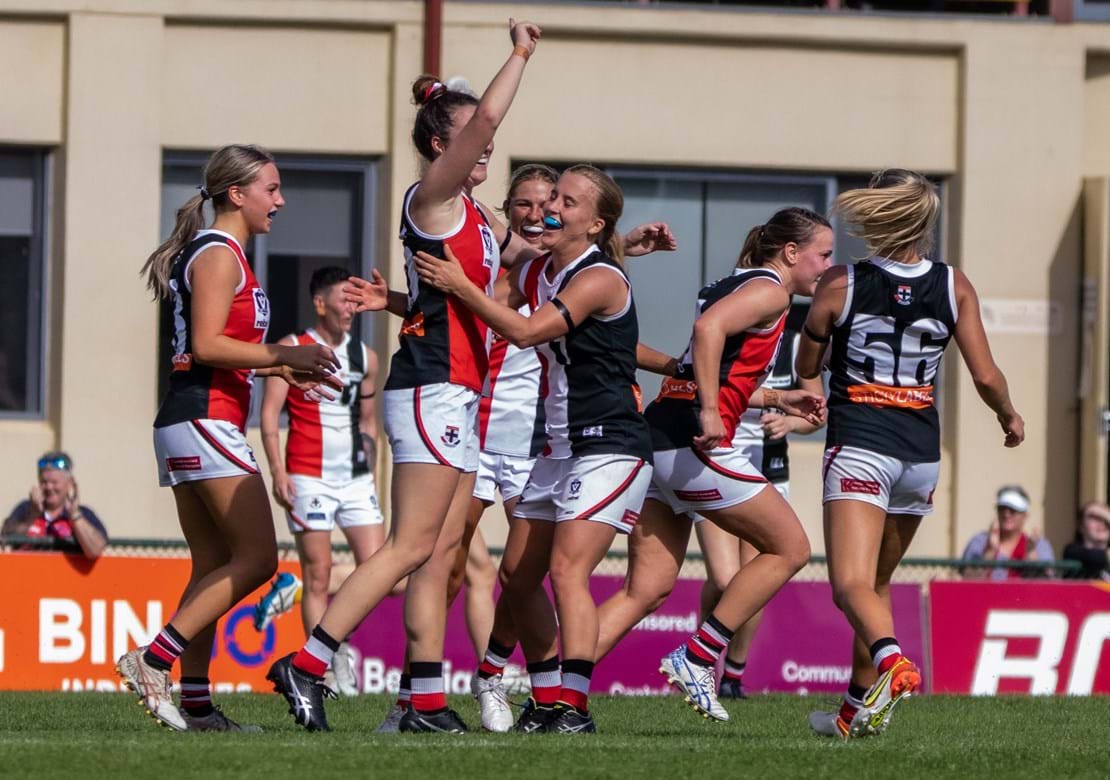 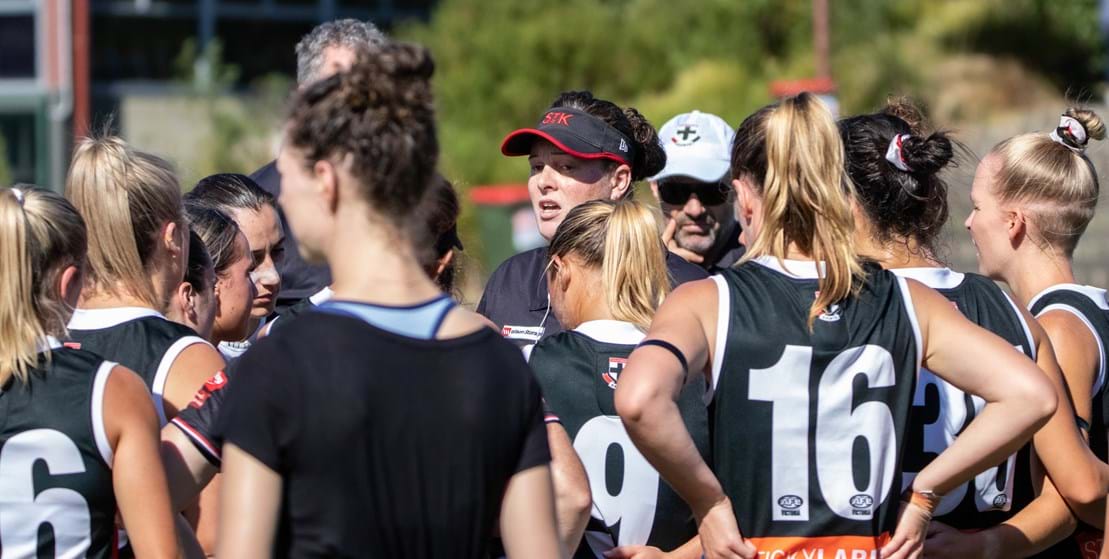 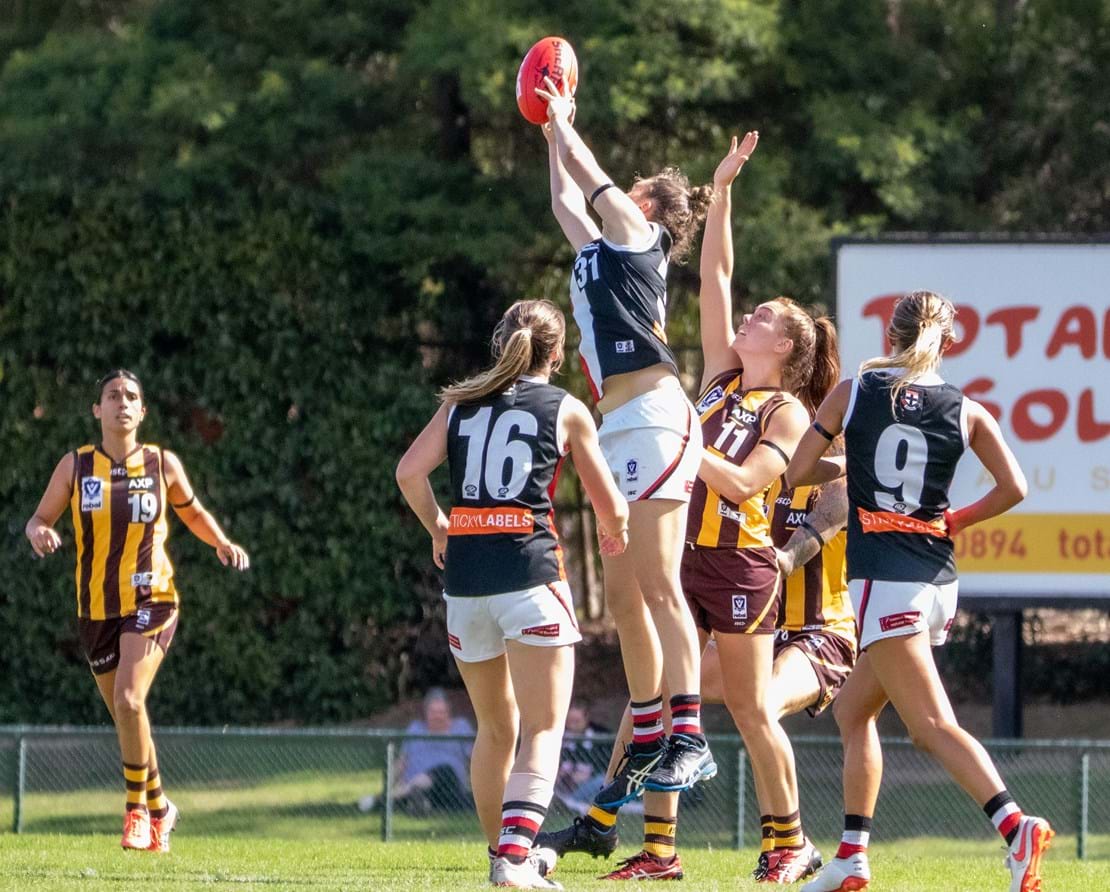 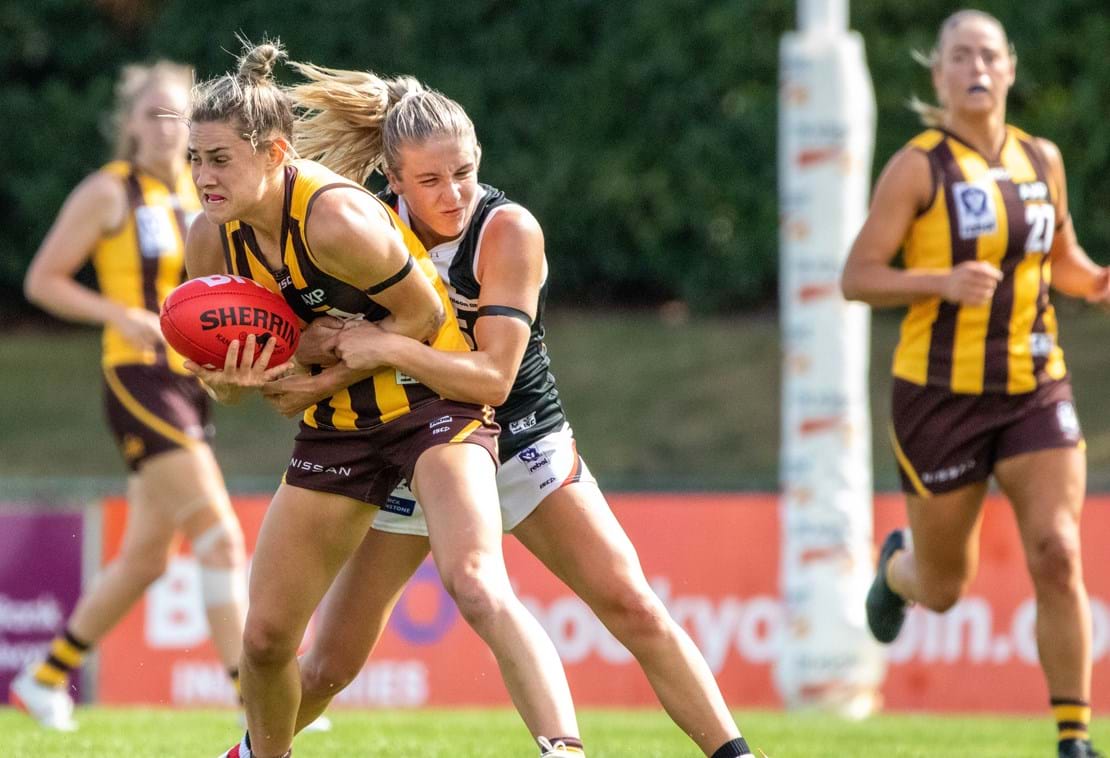 The Southern Saints have fallen short by 21 points in a fierce contest against the Hawthorn Hawks.

Hannah Stuart was once again among the Saints’ best, racking up 20 disposals in the centre, as was Alana Woodward who collected 19 disposals to go with 10 tackles.

Grace Buchan’s red-hot form also continued as she racked up 18 disposals and 5 marks.

On a warm and sunny morning at Box Hill City Oval, Hawthorn won the coin toss and elected to kick towards the Whitehorse Road end of the ground.

Hawthorn did most of the attacking early, scoring two goals midway through the first term.

We responded after Olivia Flanagan was able to crumb a pack mark deep in our forward 50 and run into an open goal.

Hawthorn were soon able to kick another goal, before another chance came late in the term. Amelia Peck marked inside 50 and quickly played on. Her shot on goal was unfortunately touched just before clearing the goal line, and we went into the first break trailing by 11 points.

It was a fierce and physical contest early in the second term, with Hannah Dyson and Georgia McLean both coming off requiring attention from the physio. The Hawks were able to kick another goal shortly afterwards.

We were able to get our second late in the quarter, after Rebecca Neaves was awarded a free kick on the boundary line and bounced the ball through from outside 50.

We went into the main break with the scores 25 to 14, in favour of Hawthorn.

Hawthorn did more attacking early in the third quarter, but some good defensive efforts from the Saints, including intercept marks from Winnie Laing and Nicki Cormack, meant Hawthorn were unable to score another goal.

We had a few inside 50s as the quarter progressed, coming courtesy of some nice marks by Flanagan, Peck, and Tayla Kearns, but we were unable to score a major for the term.

A terrific goal saving mark from Alexandra Hynes late in the term meant both teams went goalless for the quarter.

A skirmish erupted between the two teams shortly after the Three-Quarter Time siren, but it quickly dissipated and we went into the final break trailing by 13 points.

We began the last quarter well, as Peck’s kick to a contest deep inside 50 was brilliantly roved by Kayla Ripari and she strolled into an open goal, clawing the margin back to 7 points.

The following 5 minutes were highly contested, but eventually Hawthorn were able to kick two more goals, and extend their lead back out to 19 points, icing the game in the process.

The Saints would unfortunately run out of time and fall short by 21 points.