Saints a class above Port Melbourne in the wet

The Southern Saints were able to wear down Port Melbourne in miserable conditions to record a 23 point win. 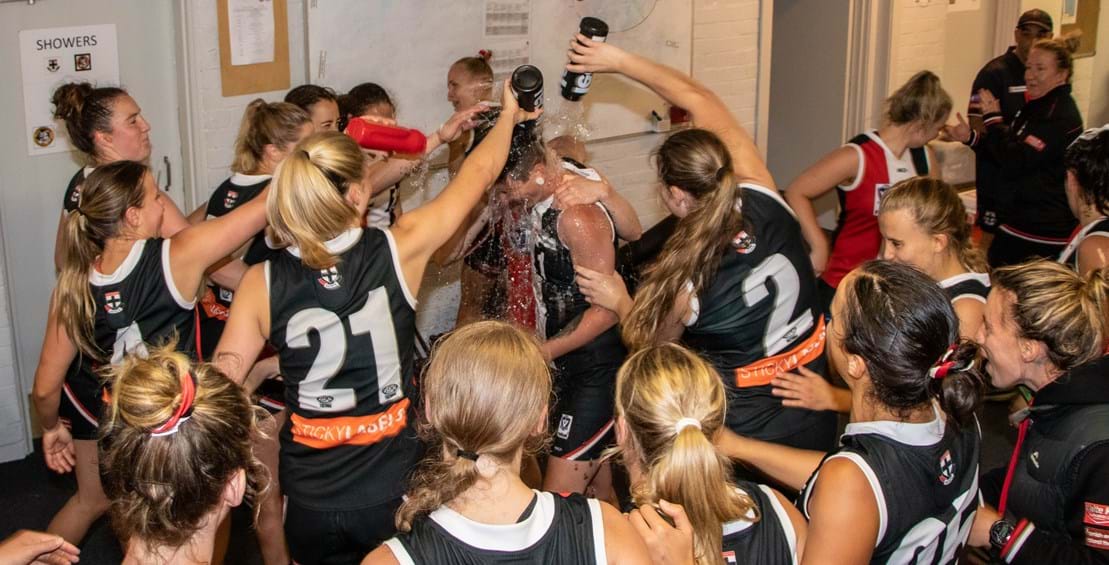 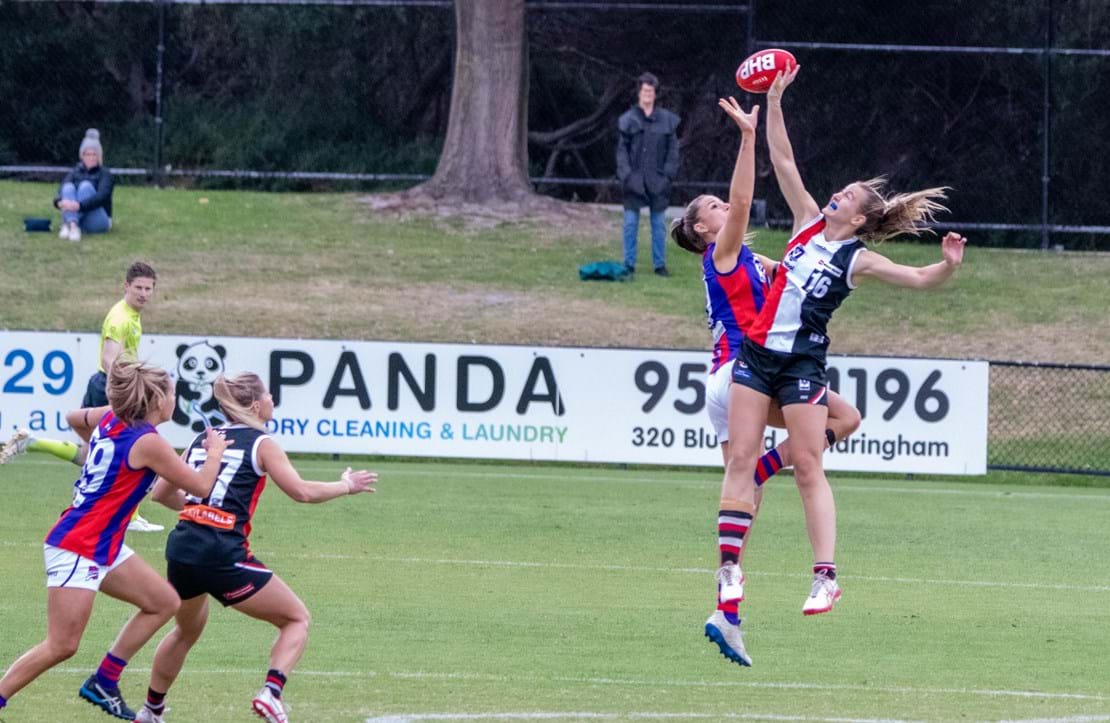 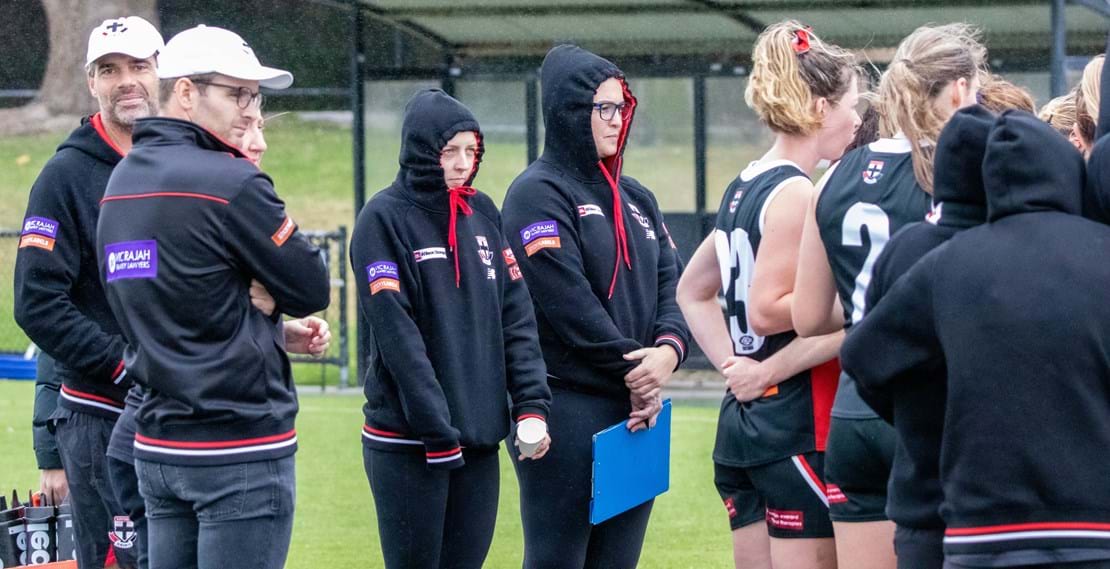 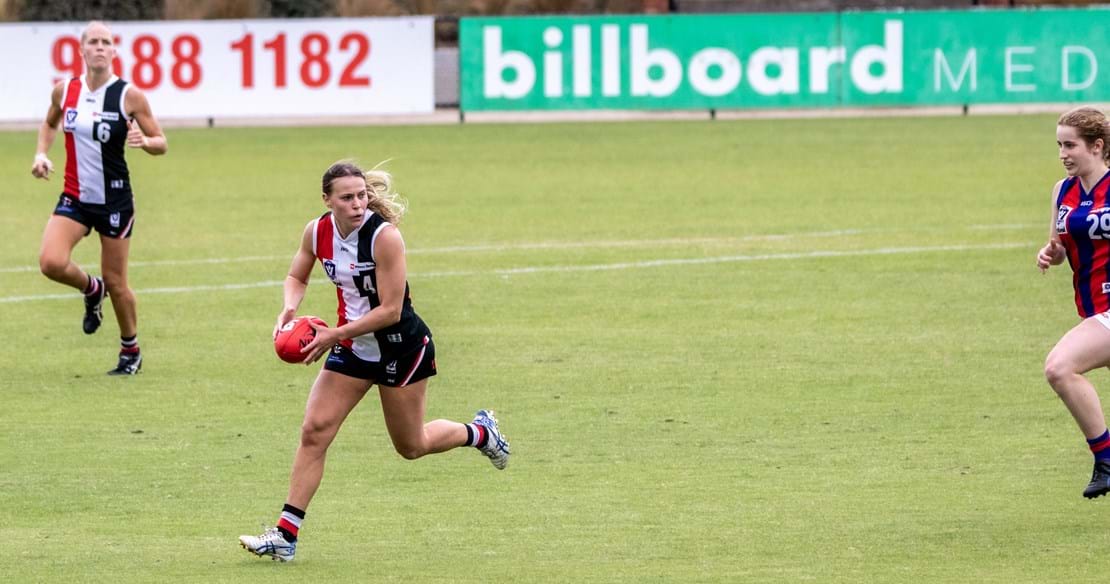 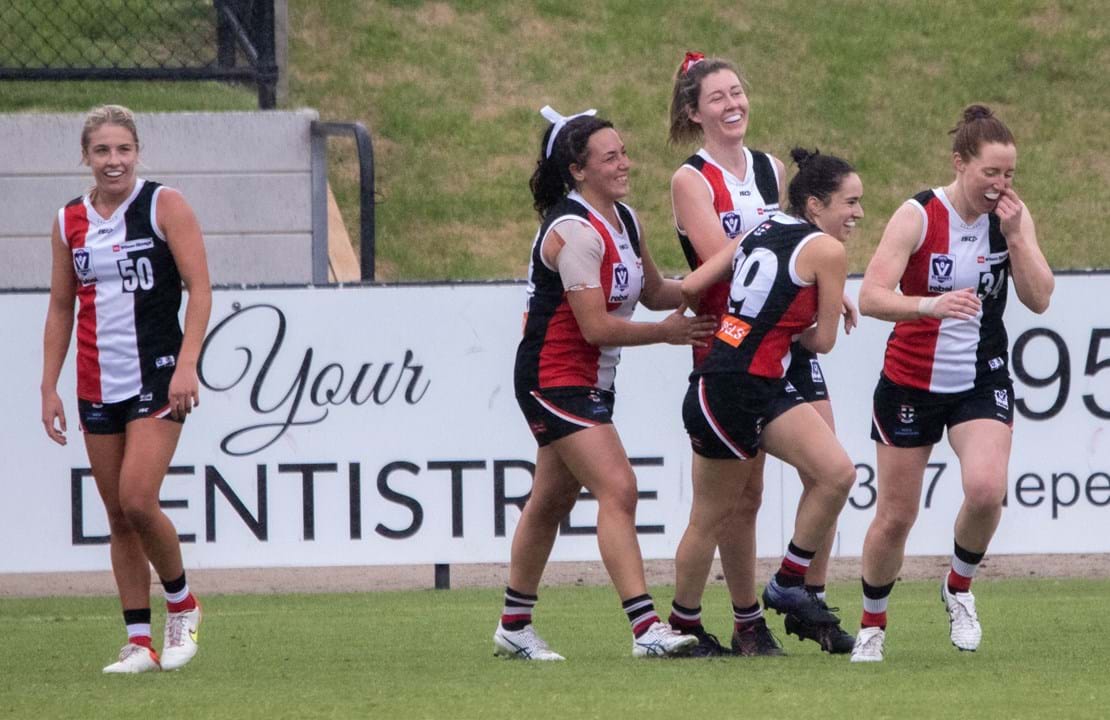 In our first home game of 2022, we were able to gradually wear Port Melbourne down in very cold and wet conditions and get our fourth win of the season.

We led the overall disposal count whilst also tackling and pressuring hard to win the tackle count 75-69.

Hannah Stuart continued her stellar season collecting another 24 touches to go with her 7 tackles and she was hard at the contest all day.

Another who was hard at the contest was AFLW-listed player Alana Woodward who enjoyed the wet conditions racking up 23 disposals to go with her 7 tackles and a goal.

Winnie Laing led all players on the ground collecting 26 disposals, she consistently found herself in space and ran hard to create the outnumber at contests.

Alexandra Hynes was dominant in the ruck all day, she had 9 touches and 34 hitouts but it was her follow up contest work that was most impressive.

The game was congested to start with both teams tackling well in the rain, but it was Port Melbourne who broke the scoreboard drought and posted the first goal of the game courtesy of a 50m penalty.

It was Tayla Kearns who got the Southern Saints rolling late in the 1st quarter, kicking our first goal. She was faced with a set shot from the boundary line, no daylight between the posts and rain drizzling down, but she went back and casually rolled a banana kick through to get the Saints up and about.

The 2nd quarter started off with the Southern Saints peppering the goal face with deep inside 50’s, but it seemed we could only score behinds as we registered 5 behinds in the first 15 minutes of the quarter.

Enter Olivia Flanagan, 2 goals in 2 minutes to Flanagan turned our deficit into an 11 point half time lead.

The 3rd quarter saw good inside 50 entries from both teams but both defences were able to hold strong and repel any attacks. Ilena Gentile and Chloe Saultry were both solid on the last line of defence all day.

Grace Buchan was intercepting and running off half back all game, even pushing up the ground to hit some dangerous kicks inside forward 50.

The scoring deadlock was once again eased by Flanagan as she turned on the 50 and hit up a leading Chanelle Slater. Slater went back and kicked truly to extend the lead to 16 points.

Port Melbourne were able to control the rest of the play in the 3rd quarter and we headed to the 3 quarter time huddle with an 8 point buffer.

The last quarter was all Southern Saints - Woodward posted a well-deserved goal on the scoreboard 11 minutes into the quarter to put the lead out to 15 points.

It was then Chanelle Slater who, two minutes later, was able to grab the ball out of the ruck, weave and snap her second goal to ensure an unattainable game high lead.

The Southern Saints ran out the rest of the game and took home the 4 points on our home deck.