It was a drought-breaking win for the Southern Saints against the Cats who continue their hot start to season 2022. 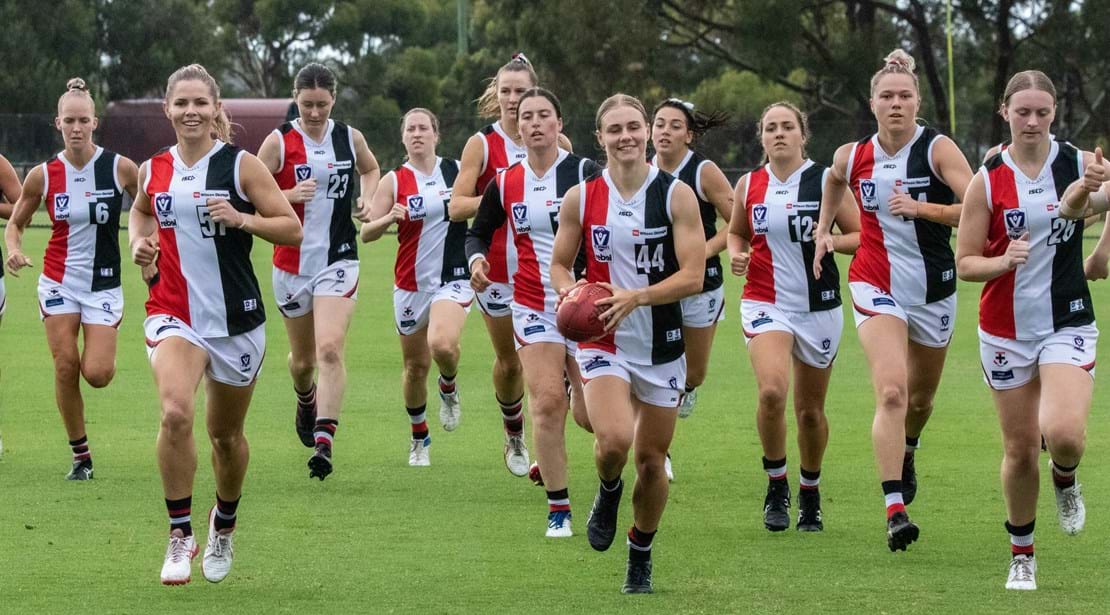 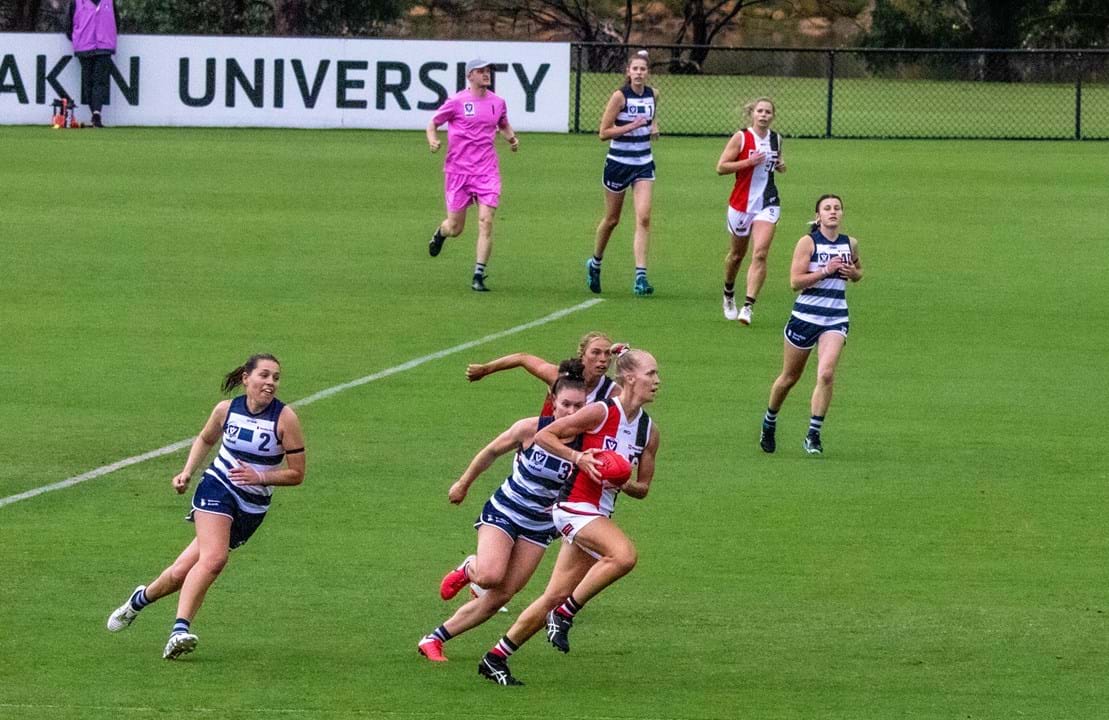 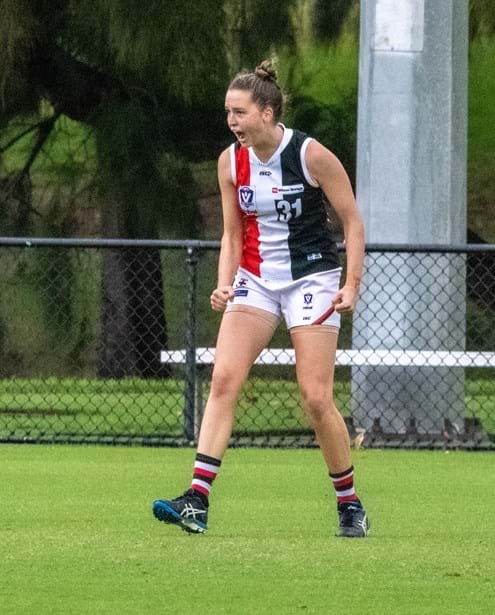 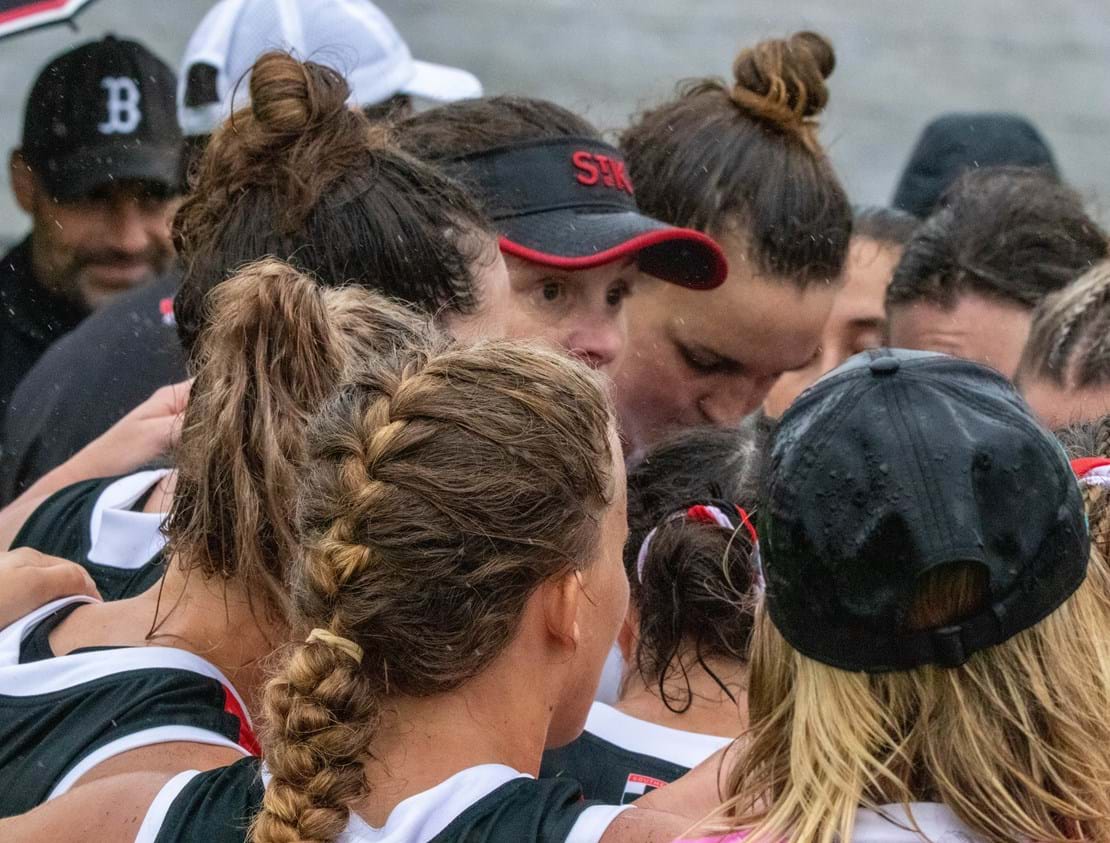 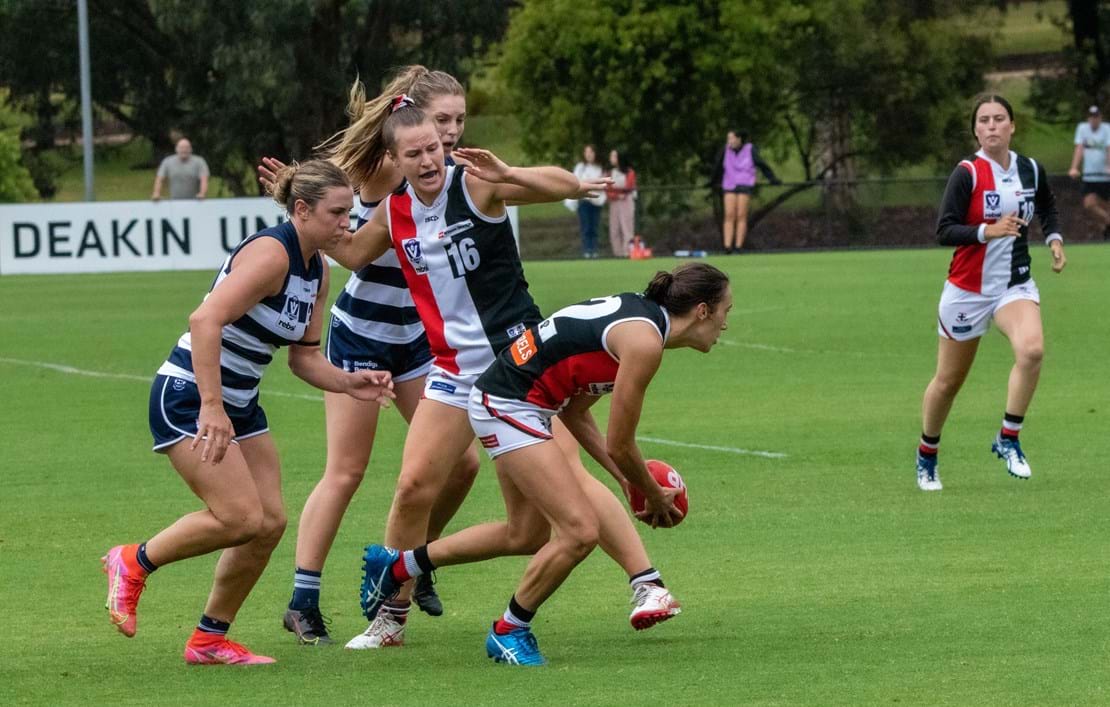 In a scrappy affair down at Deakin University’s Elite Sports Precinct, it was our first ever win under the Southern Saints name against the Geelong VFLW side.

Alana Woodward finished the game strongly and ended up with 24 disposals, seven tackles and four clearances.

Grace Buchan continued her strong start to 2022 down back, consistently repelling any Cats attack and finishing with 16 disposals, 13 kicks plus 3 clearances.

Renee Saulitis was also a major threat down forward, particularly on the ground, finishing with 12 disposals, 4 marks and 3 goals.

In rough conditions out in Waurn Ponds, the game started out fairly even, with Amelia Peck kicking the first goal four minutes into the first after a strong mark.

After that goal we briefly held control, however the Cats went on a counter attack and kicked their first goal to square things up again.

The start of the second was a very familiar story, with neither team able to create any real chance inside the first five minutes.

However, five minutes into the quarter after we locked it inside our attacking half for a brief period, Peck was on the end of another set up, this time by Captain Deanna Jolliffe. She kicked truly for her second and we got the lead back out to one straight kick.

The next few minutes it was a tussle yet again, with Geelong pressing hard. Halfway through the quarter Saulitis was on the end of a long Nicki Wallace kick that ended in a goal to give us a two goal lead.

Geelong pressed hard again, causing many turnovers by us before they kicked their first of the term to cut the margin back to six with five minutes remaining.

The ball didn’t get into any team's 50 metre arc the next few minutes, but right on the cusp of half time Geelong's Mia Skinner snapped truly and kicked her second on the day to make it all square at the main break.

We started the third quarter off quickly, with Saulitis receiving the ball from Peck after she plucked a strong mark, kicking her second of the game inside the first three minutes of the half. For the next couple of minutes it got scrappy again, with both teams defending for their lives as the rain started to pelt down.

The second half of the quarter was played mostly inside Geelong’s forward half. However our defence was at their finest, conceding no points and taking a seven point lead into the final break.

It continued to be scrappy at the start of the final quarter. Five minutes into the quarter Gabriella De Angelis kicked her first goal of the game off the deck after we locked it inside our attacking half to give us a 14 point lead.

Saulitis ended the game with a goal in the square after they gave away a 50 metre penalty, giving us our most impressive win of 2022 against the previously undefeated Cats by 20 points.