The Southern Saints have continued their strong ending to the 2022 VFLW season, winning comfortably over North Melbourne on Sunday morning. 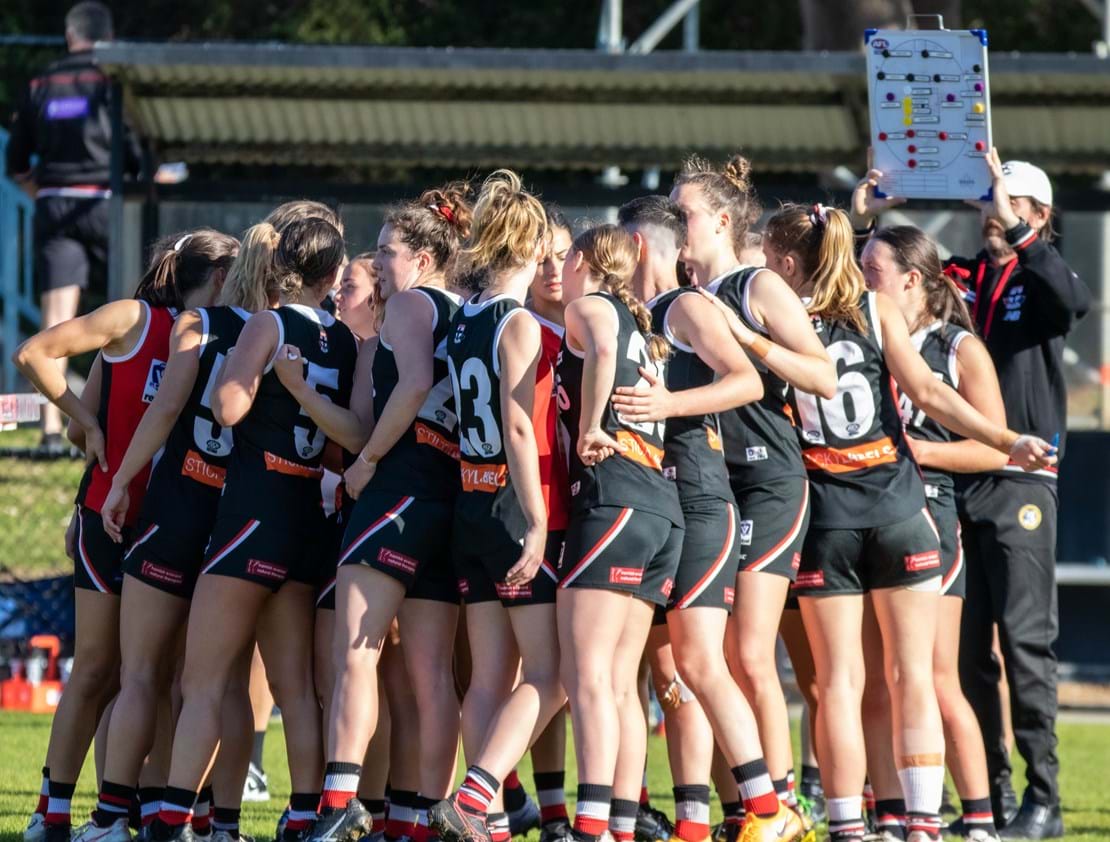 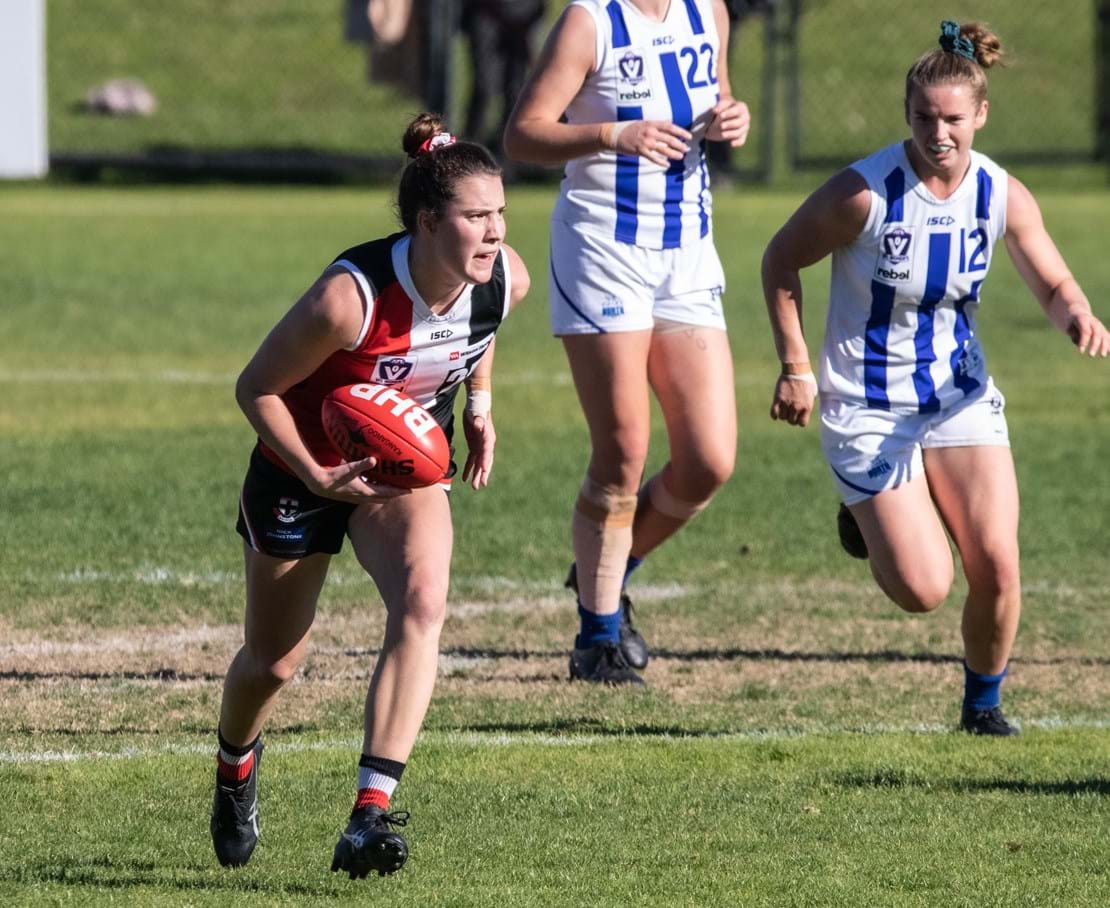 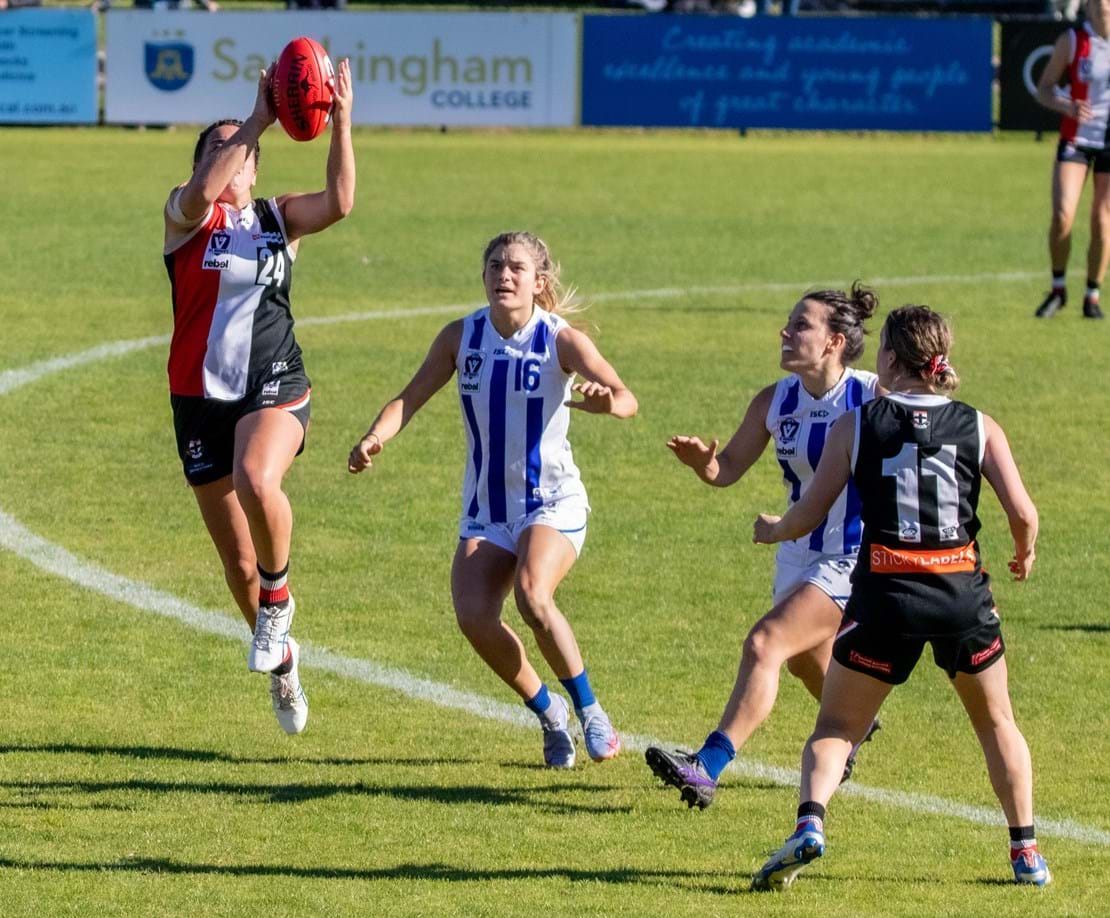 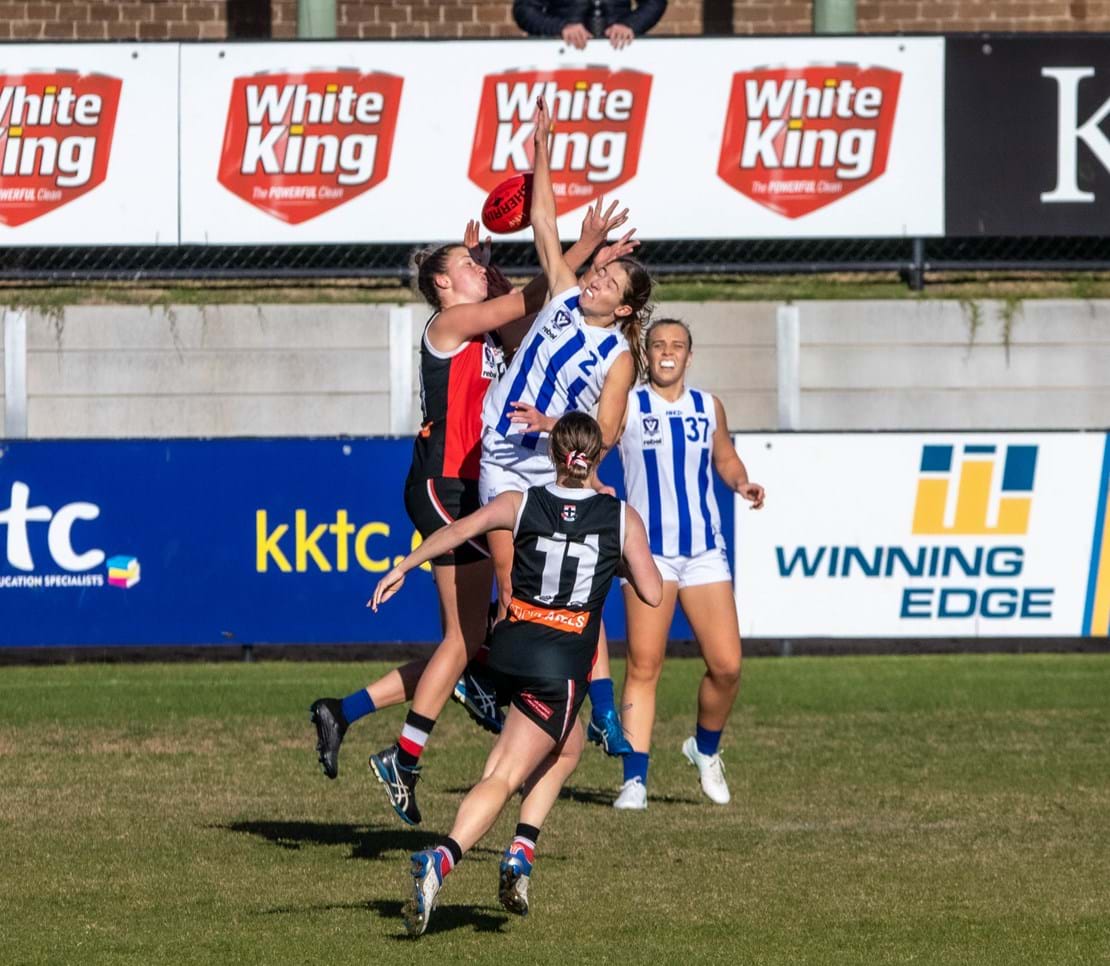 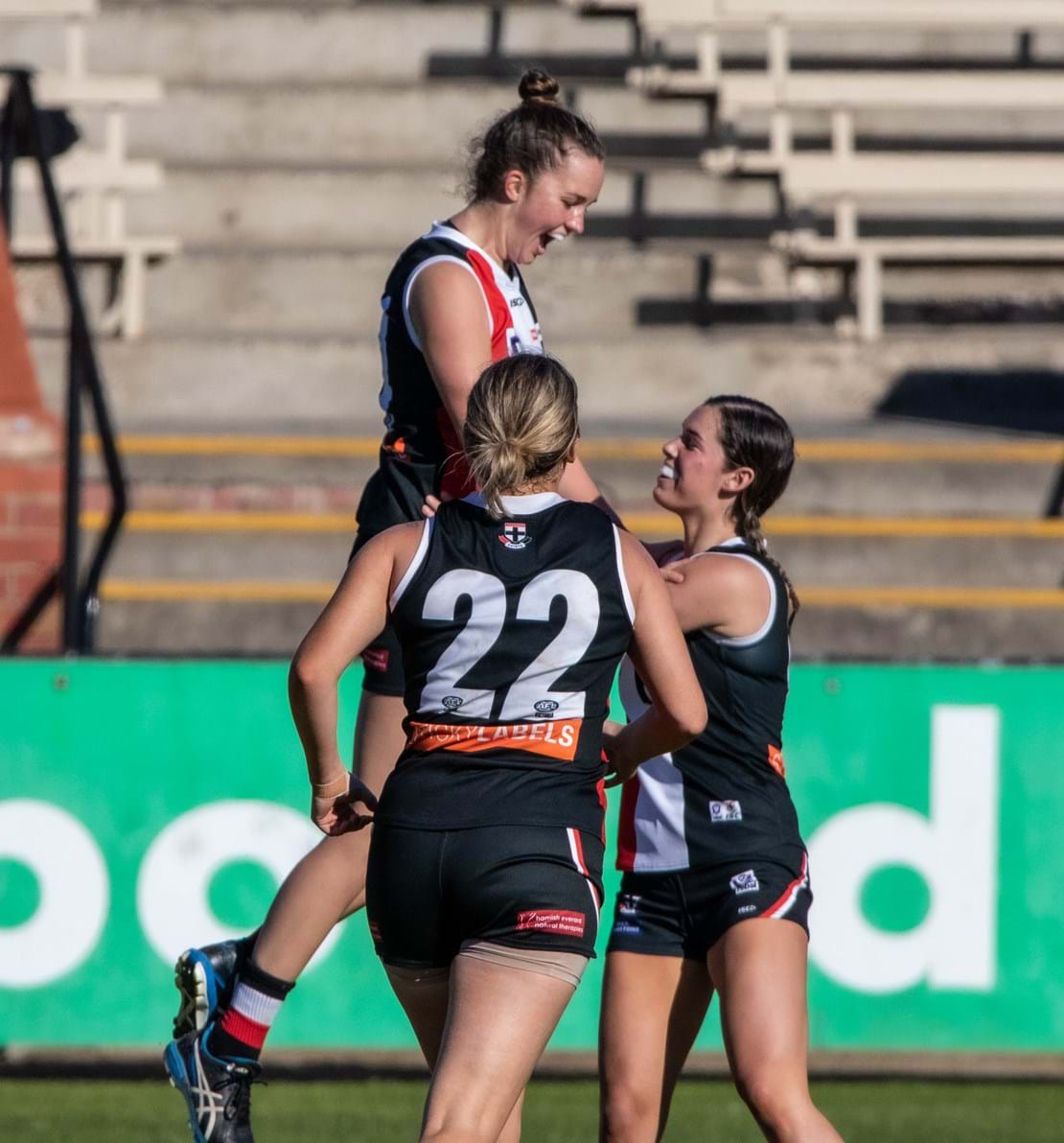 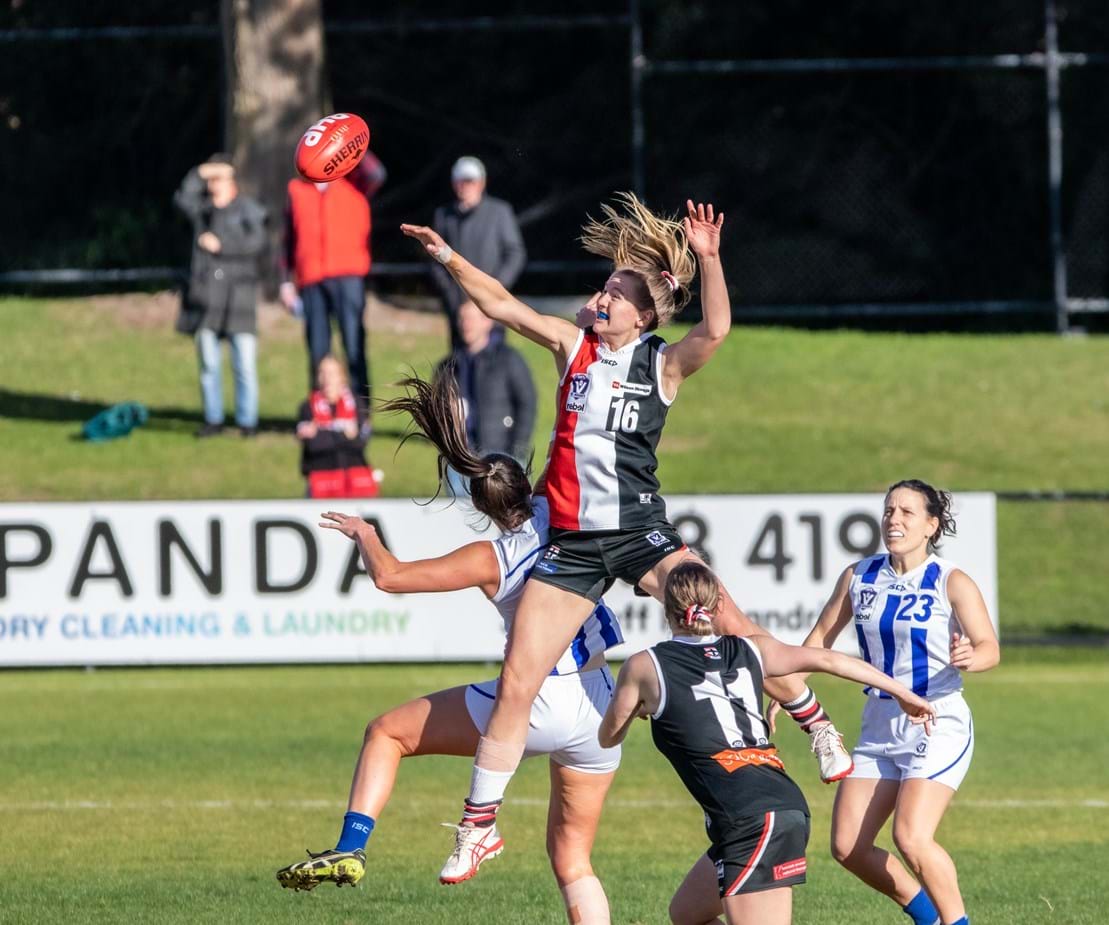 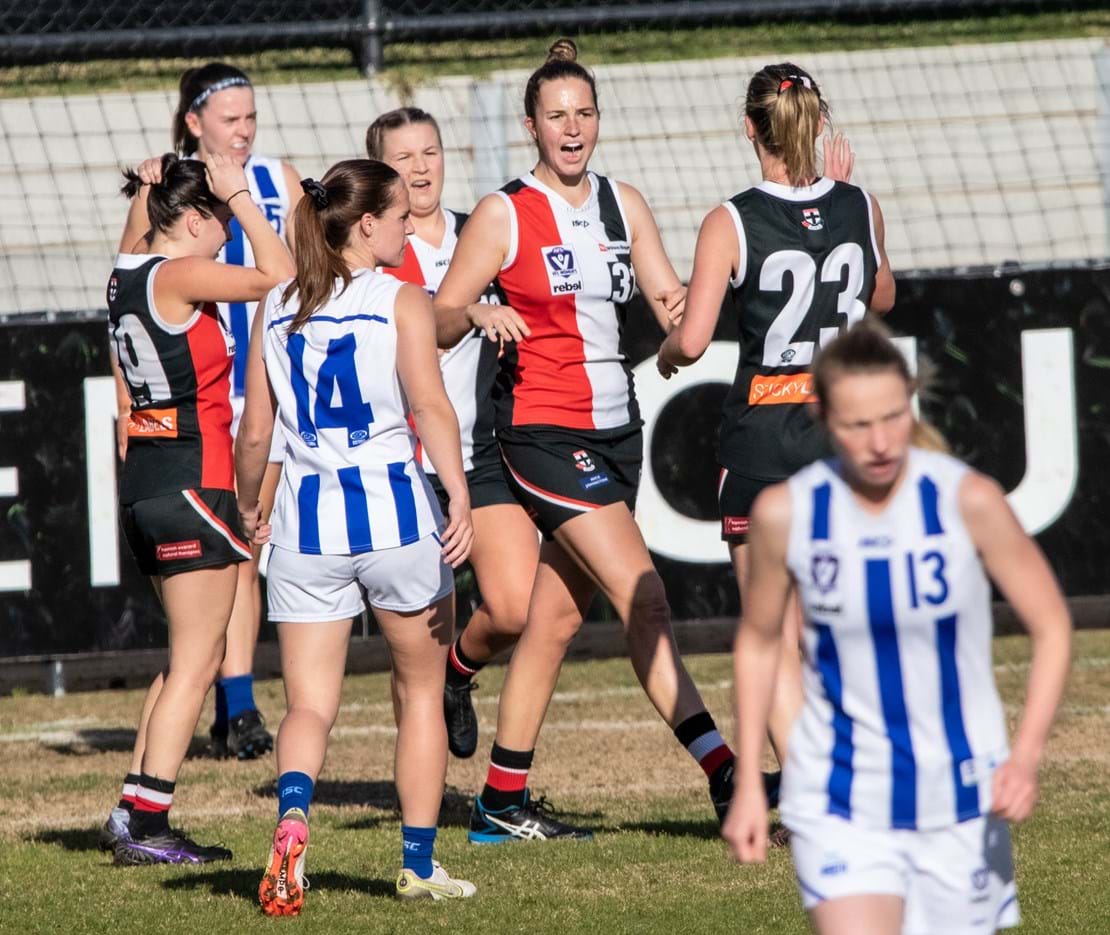 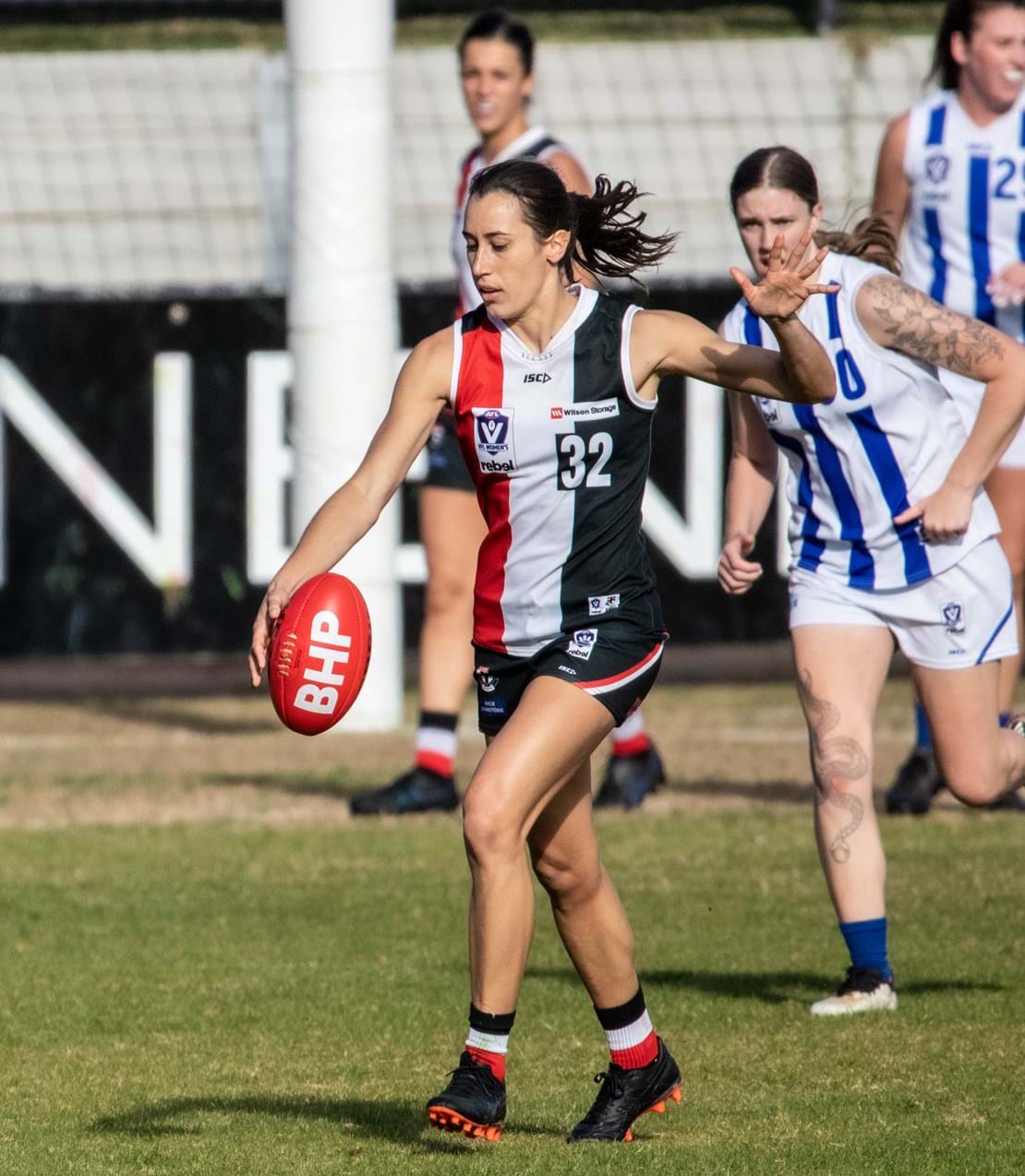 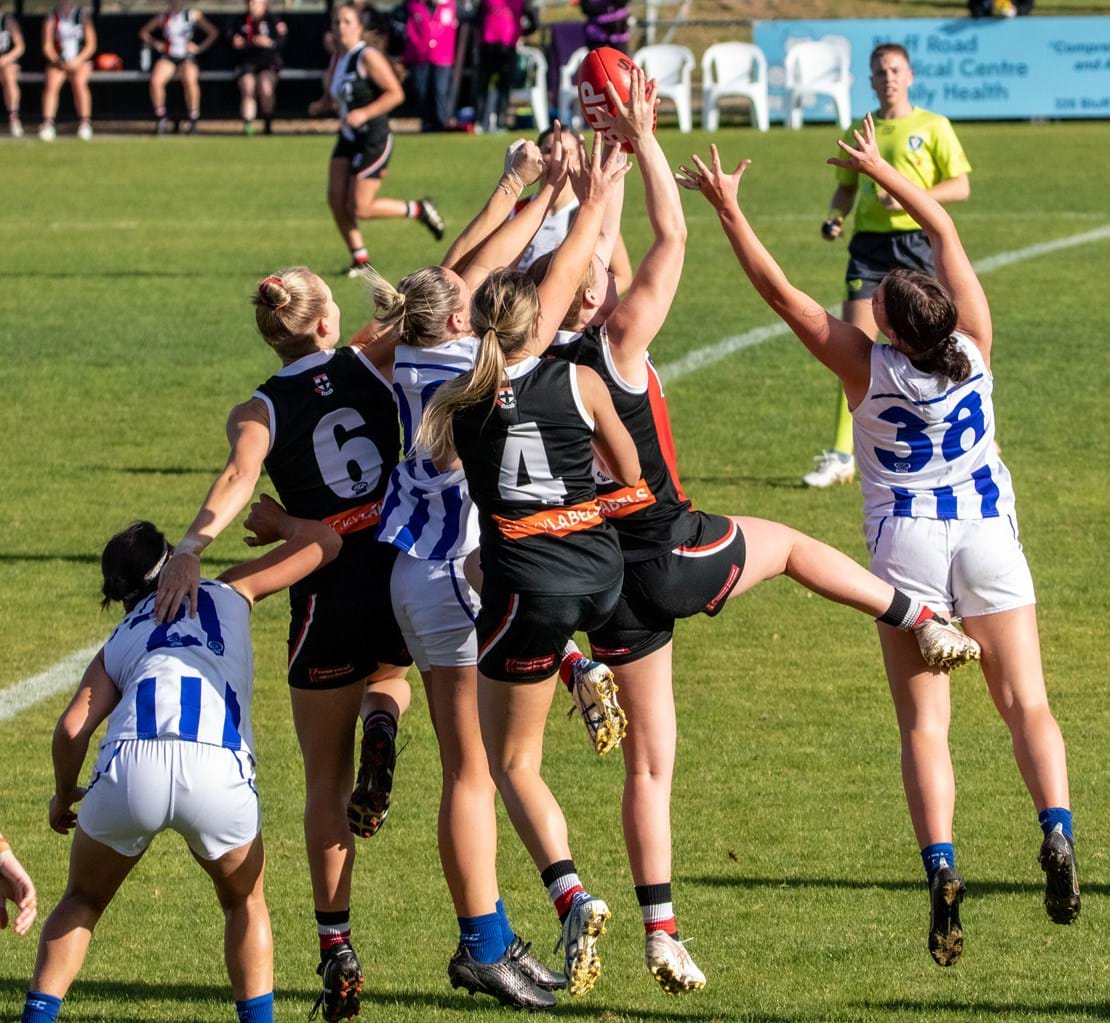 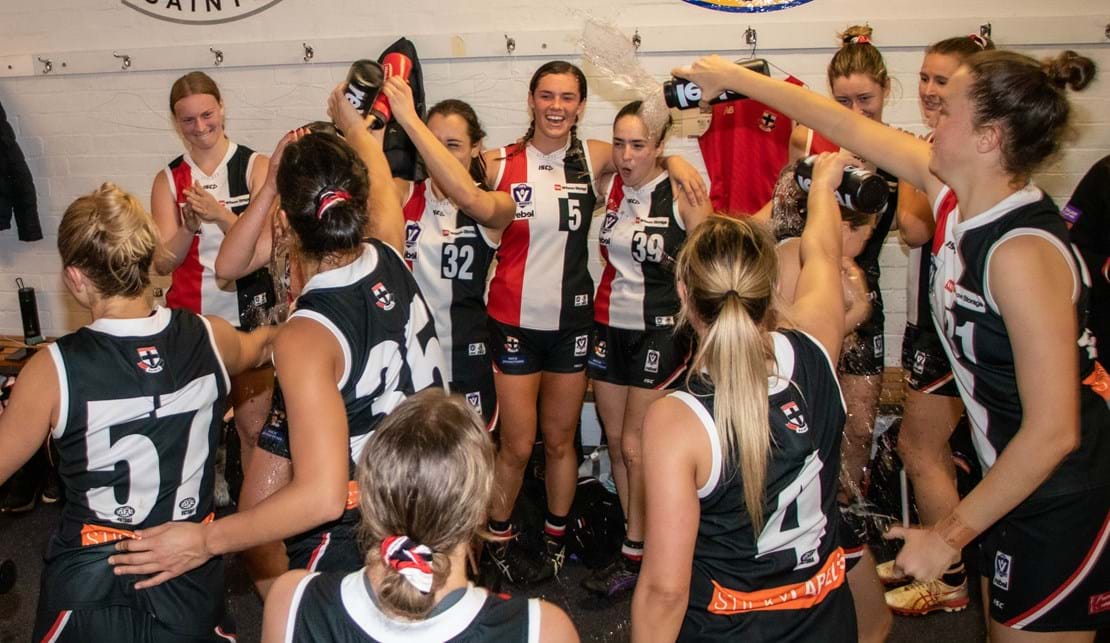 In the final home & away game of the 2022 VFLW season at Wilson Storage Trevor Barker Beach Oval, a strong second half performance guided us to our ninth win of the season and a bounce-back victory following last weekend's loss to Essendon.

Grace Buchan ended the home & away season much like she started it with a strong performance down back, acquiring 21 disposals, eight marks and five inside 50’s.

Gabriella De Angelis had another strong showing in the midfield/forward, getting 15 disposals, four clearances and kicking a goal.

Amelia Peck was a strong presence up forward, kicking two goals and getting four marks, and Chloe Saultry had one of her best games of 2022, finishing the game with a goal, 17 disposals and five marks.

On a cold yet beautiful morning in the final game of the VFLW regular season, the match started mostly between the arcs. However we started to grow into the game and lock it in our attacking half.

11 and a half minutes into the match, Peck took a strong grab in the goal square, converting the shot to give us the first goal of the match.

We continued to lock it in our forward half, with North’s only big chance coming in the last minute. But we stood firm and went into quarter time leading by two straight kicks.

The Kangaroos started to get on top to start the second quarter, kicking the first goal of the term six and a half minutes in. One minute later, De Angelis managed to kick a goal from long distance to extend our lead once more to double digits.

We continued to gain territory until the halfway point of the term before North Melbourne started to get back on top and win the territory battle.

It was us who started to get back on top once more following that brief period in their attacking half before it started to even out towards the end of the term. As the siren sounded for half-time we headed into the main break up by the same margin as quarter time.

The start of the third term started in very similar fashion to the second, with North on top but our defence standing firm.

We managed to kick the first of the term before the seven minute mark, with Madi Capsalis lacing out Peck who slotted the set shot to extend our advantage to 17 points. One minute later, North responded to cut the margin once more.

After briefly gaining territory following that North Melbourne goal, the game started to become more contested between the arcs.

The end of the term saw the ball locked in our attacking half once again, with Capsalis kicking a late goal to give us a 17-point lead at the final break.

At the start of the fourth we started on top before the Roos pegged back our momentum and started to create chances of their own.

Our defence stood firm as they had all year and prevented North from creating any real chances before they kicked the first goal of the term nine minutes into it.

We started to gain territory before Chanelle Slater kicked one off the deck near the goal square to give us a three goal cushion.

We continued to gain territory towards the end of the game, with Chloe Saultry putting the cherry on top of a great performance with a goal right before the final siren to give us a 26-point victory.