Saints go down to Bombers

The Southern Saints have gone down to the top-of-the-table Essendon in our penultimate home & away season clash. 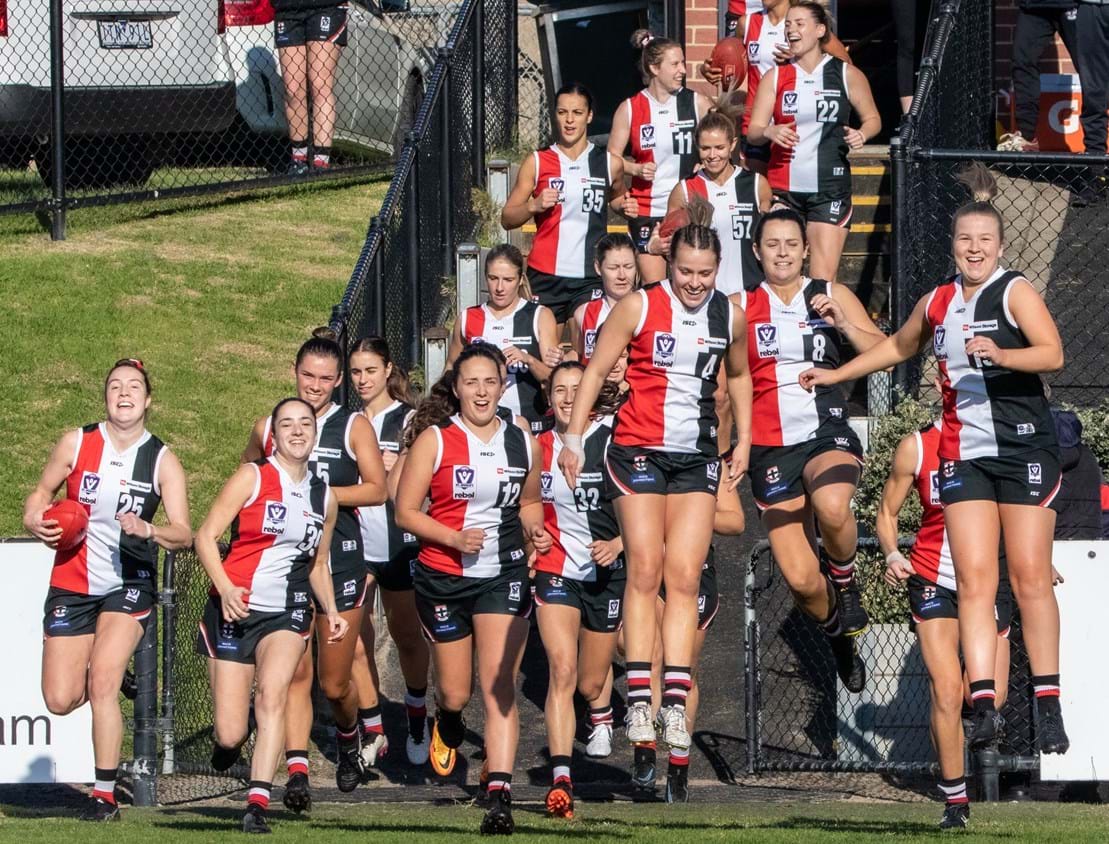 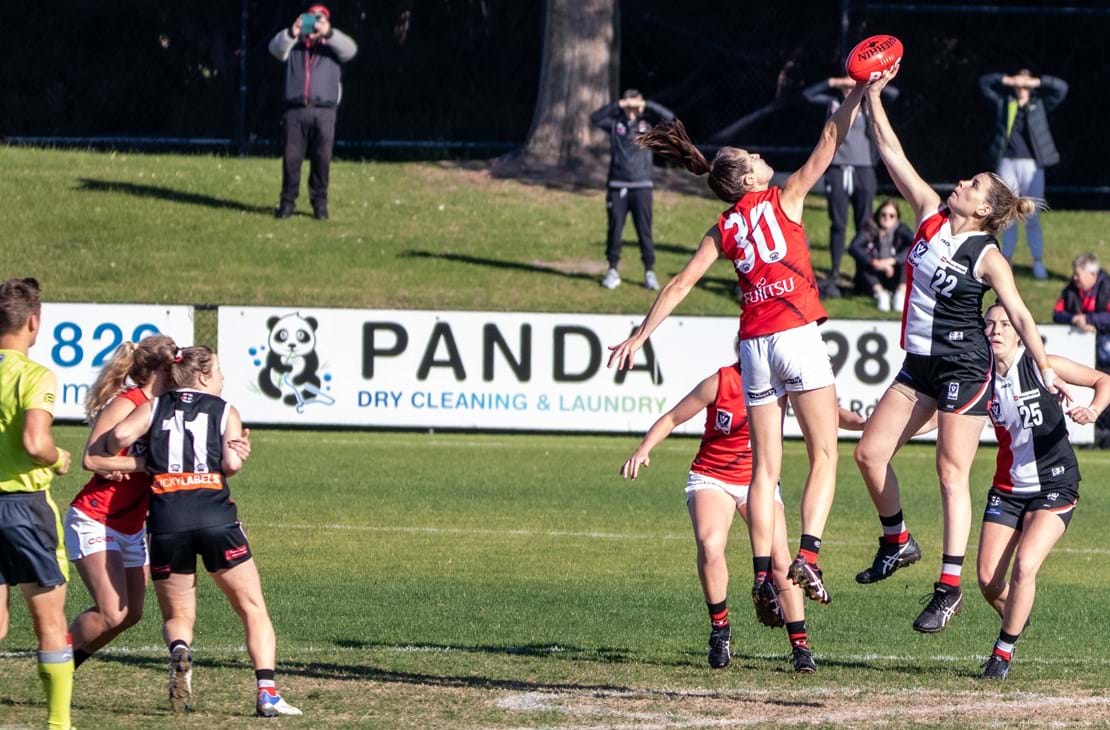 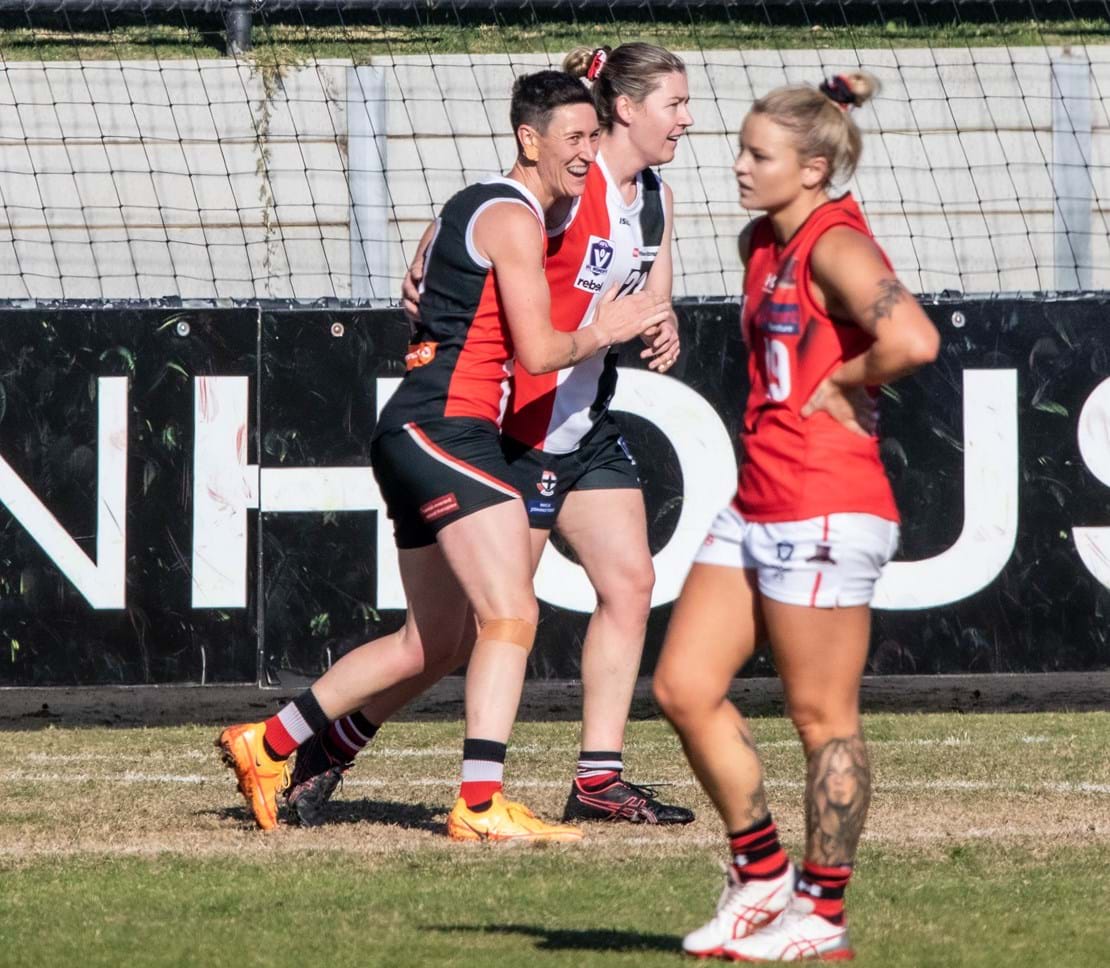 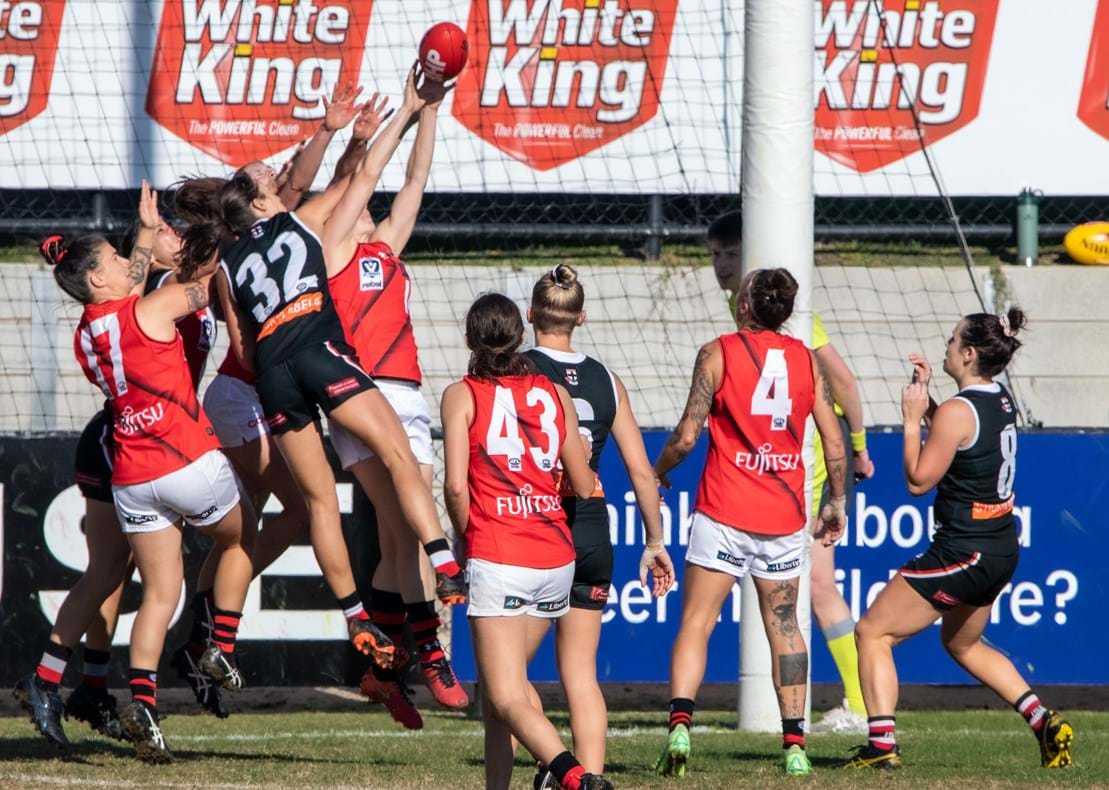 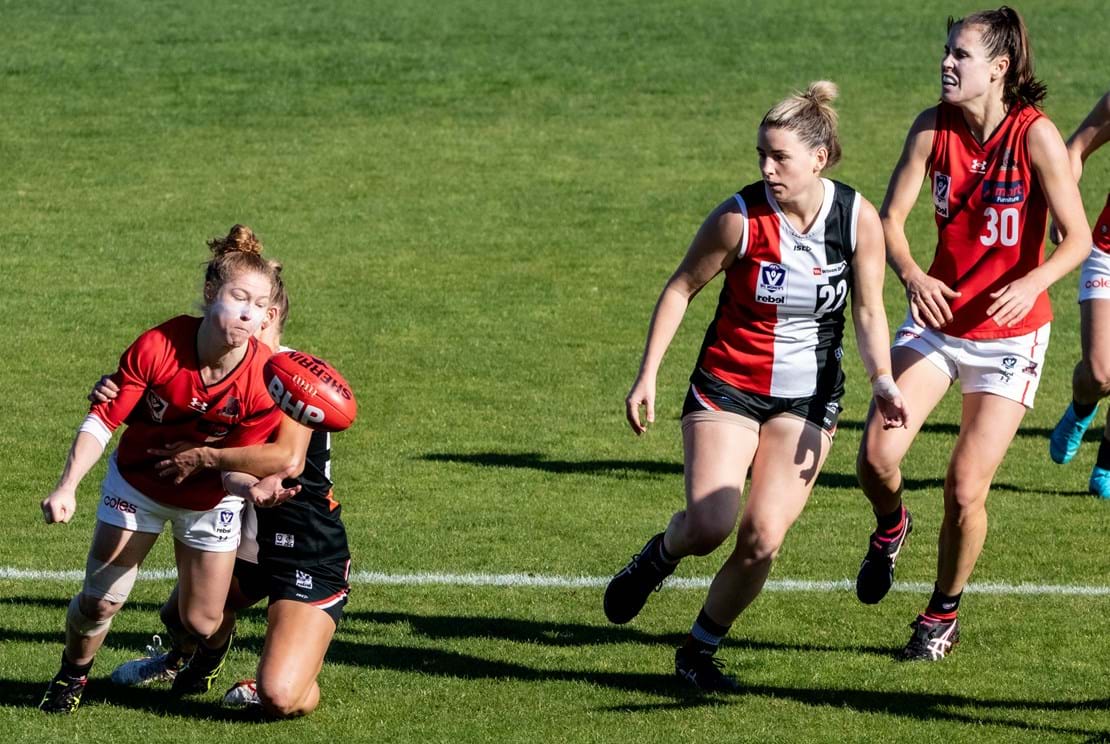 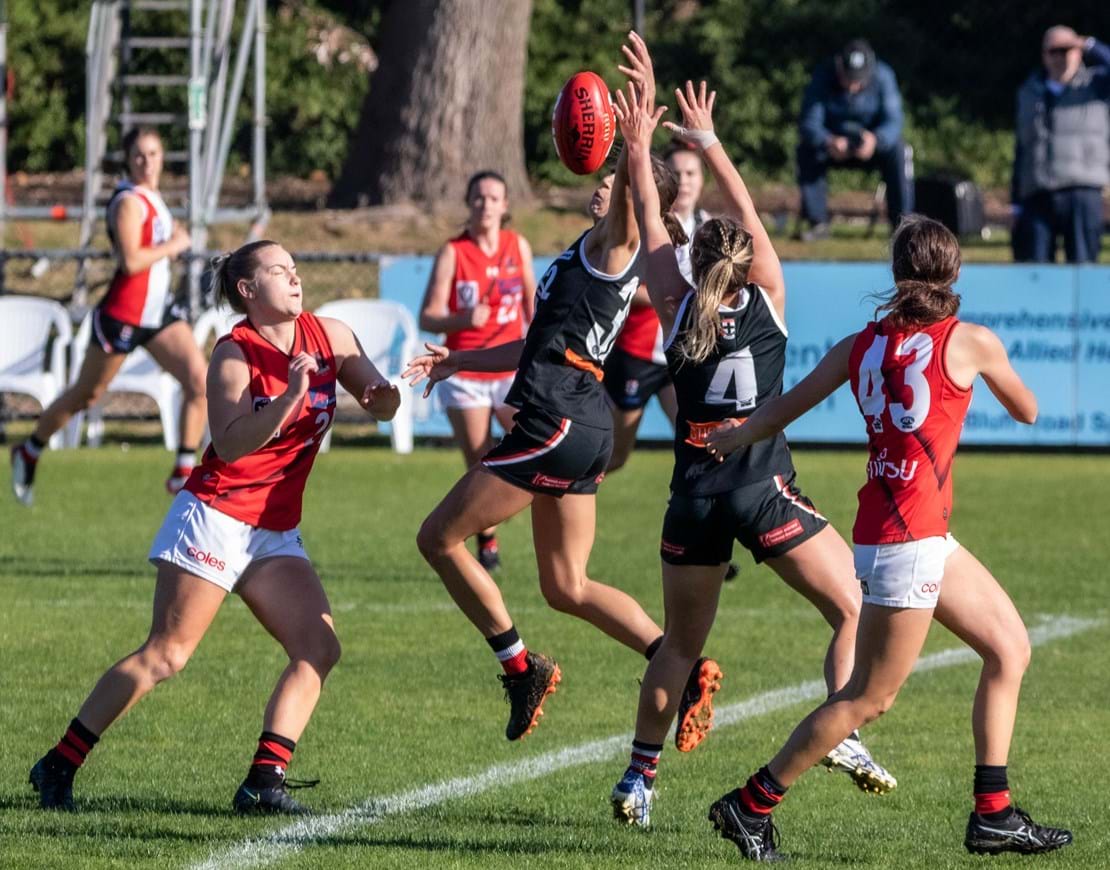 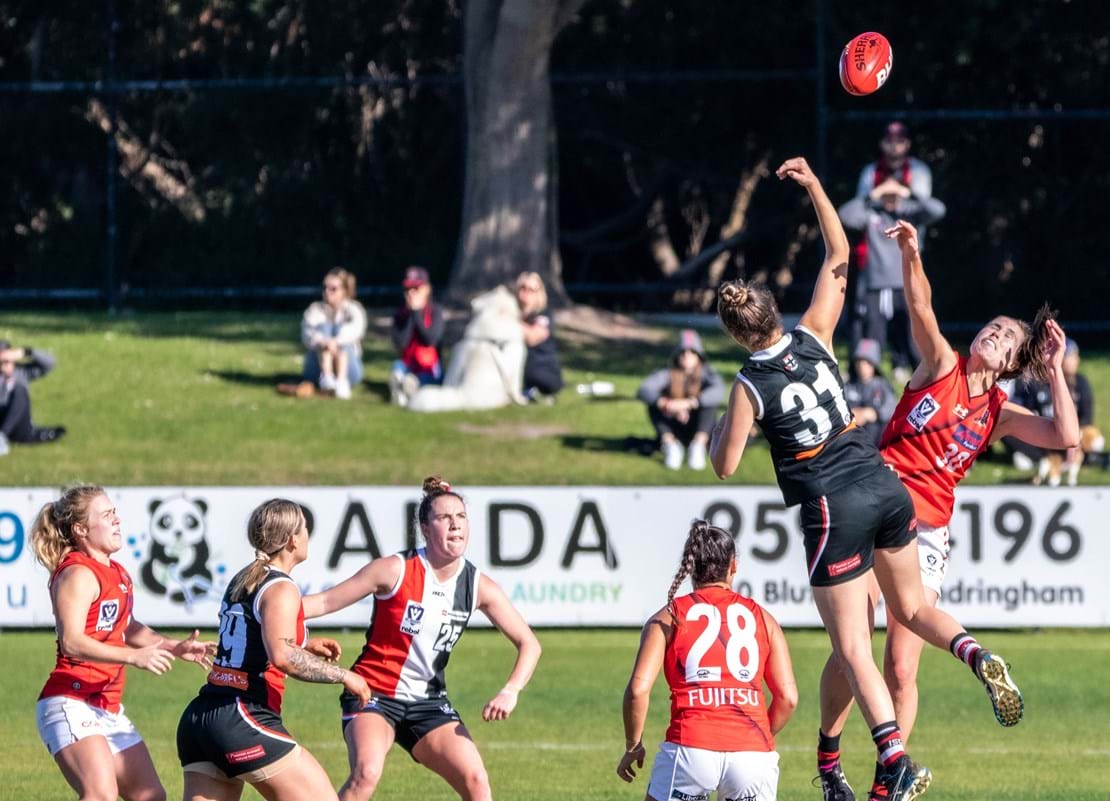 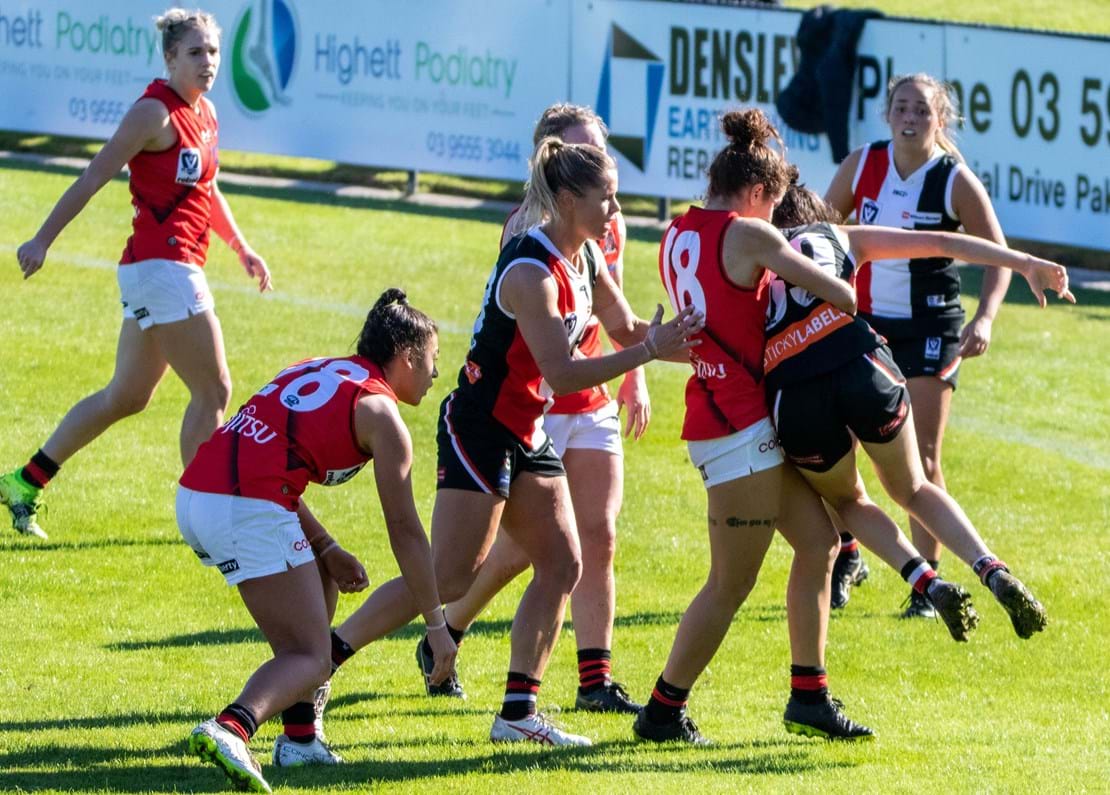 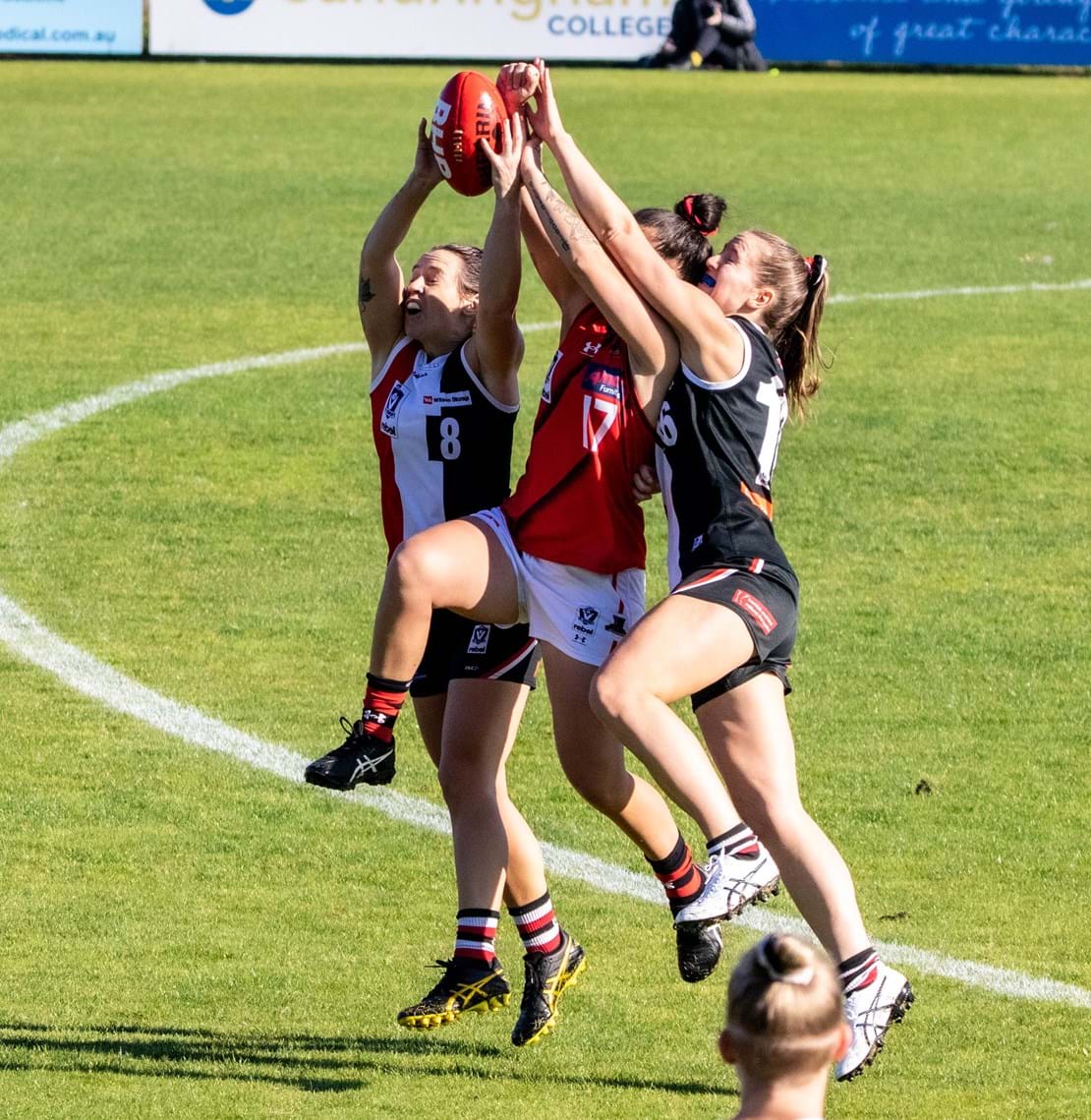 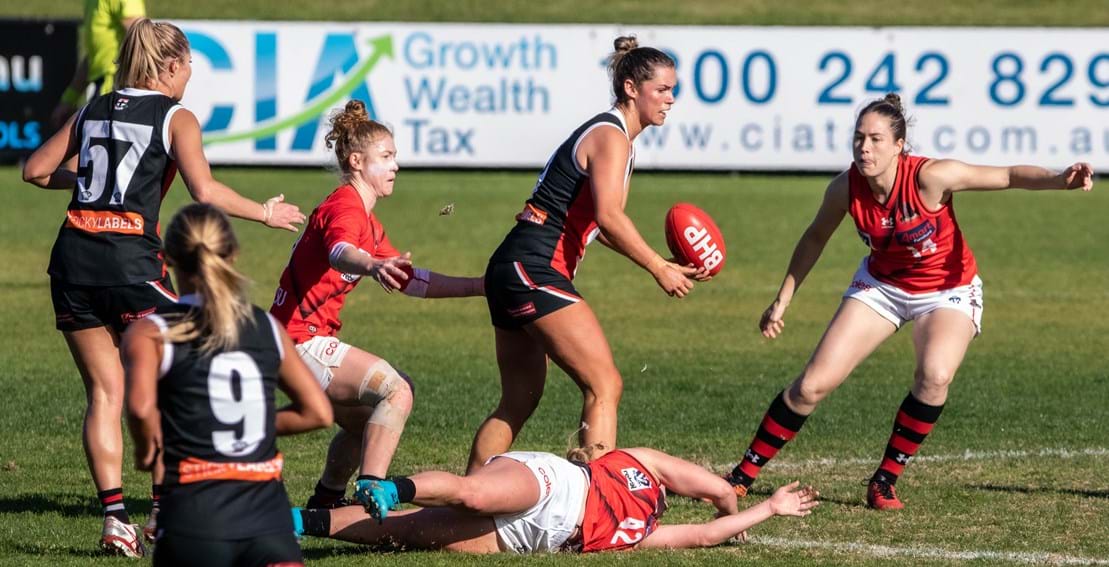 In a tight affair throughout at Wilson Storage Trevor Barker Beach Oval, despite a final quarter surge, it was too little too late as we went down by 10 points.

Hannah Stuart continued her stellar season once more in midfield, collecting a game-high 23 disposals, 15 of those kicks, plus six tackles and six clearances.

Pia Staltari also continued her string of good performances in midfield, finishing the game with 15 disposals and three tackles. Olivia Flanagan and Chanelle Slater were also the biggest threats up forward. Despite combining for only 10 disposals both still managed two goals each.

On a beautiful Saturday morning in Sandringham it was us with the early running in the first five minutes, pressing hard and creating a few early chances.

The game started to even out before Slater was on the end of a beautiful Gabriella De Angelis handball, slotting the goal to give us the first of the contest 10 minutes into the match.

Three minutes later it was Flanagan who was on the end of an end-to-end play, slotting the set shot to kick her first goal in her 50th VFLW game. We then continued to press hard before the Bombers started to press in return in the last three minutes of the term.

Our defence stood firm though and only conceded the one behind before the siren sounded as we took a two goal advantage into the first break.

The second term started in similar fashion to the first, but this time around it was Essendon who had the territory advantage.

Our defence stood firm as they continued to attack but eventually the Bombers broke through and kicked the first two of the term at the eight and 11 minute mark to take the lead.

Following the Bombers second goal we started to slowly get back on top, however we failed to create any real chances as we tried to regain the lead.

It was Essendon who managed to kick the last goal of the quarter with just over a minute left before the siren sounded as we headed into half time down by seven points.

At the start of the third Essendon continued to press hard and lock it in their attacking half. Despite them having the early territory, our defence held strong and didn’t concede a single point.

From the eight minute mark it started to become fairly even once more, with both teams at times pushing for that elusive first goal but failing to create any big chances. At the 15 minute mark, the Dons kicked the first of the term to extend their advantage to two goals.

We pressed hard late in the quarter, however we didn’t manage to kick any scores in those last few minutes as we trailed by 13 points heading into the final break.

To start the fourth term it was Flanagan who miraculously got the first goal of the term after snapping the ball from 40 metres out on the boundary.

We continued to hold the ball in our attacking half, but it wasn’t until after a brief press from Essendon that we managed to kick the next goal, with Slater dribbling home her second to cut the margin to only two points.

Essendon managed to get on top again and gain territory, kicking the sealer at the 16 minute mark. Despite a late foray into attack for us it was too late as the final siren sounded to signal our fourth loss of the 2022 season.