Saints go down to Dons in Grand Final

Unfortunately the Southern Saints' superb 2022 VFLW campaign has ended in defeat against Essendon in the Grand Final. 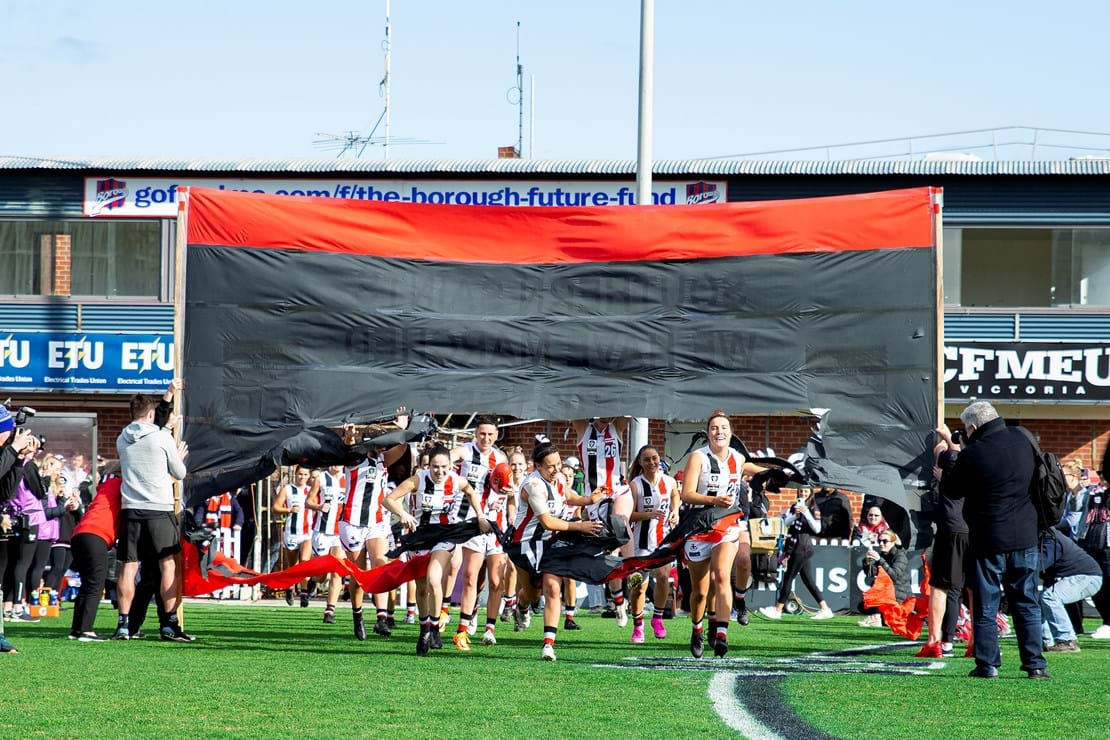 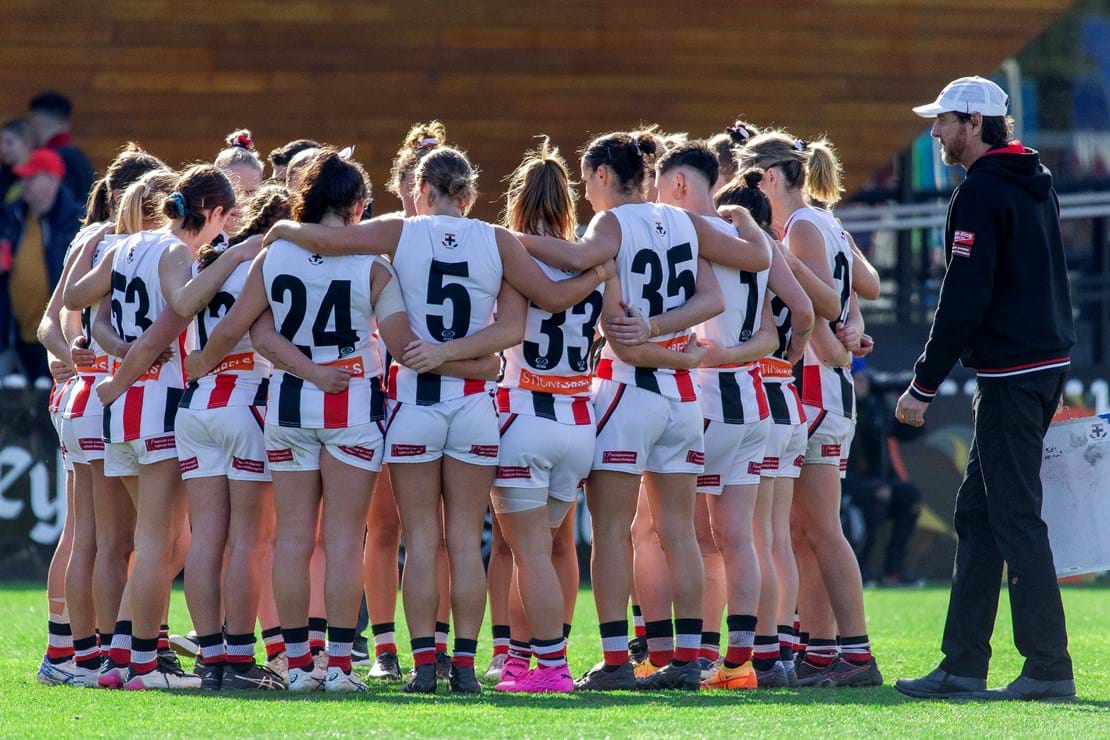 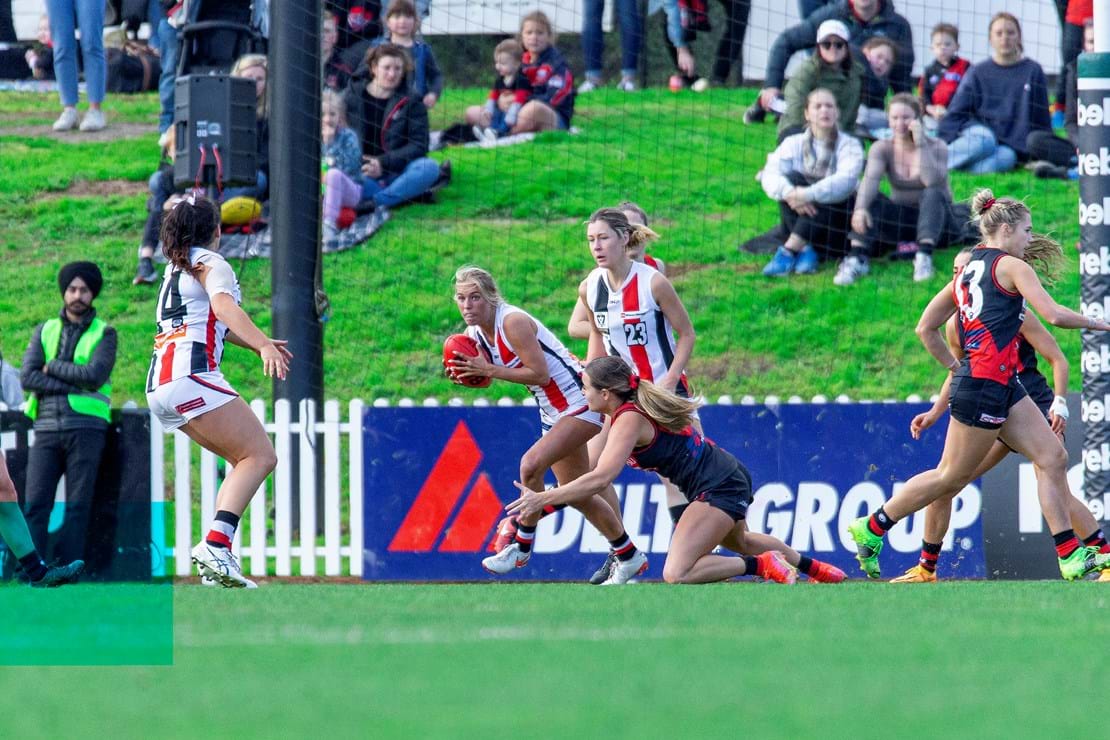 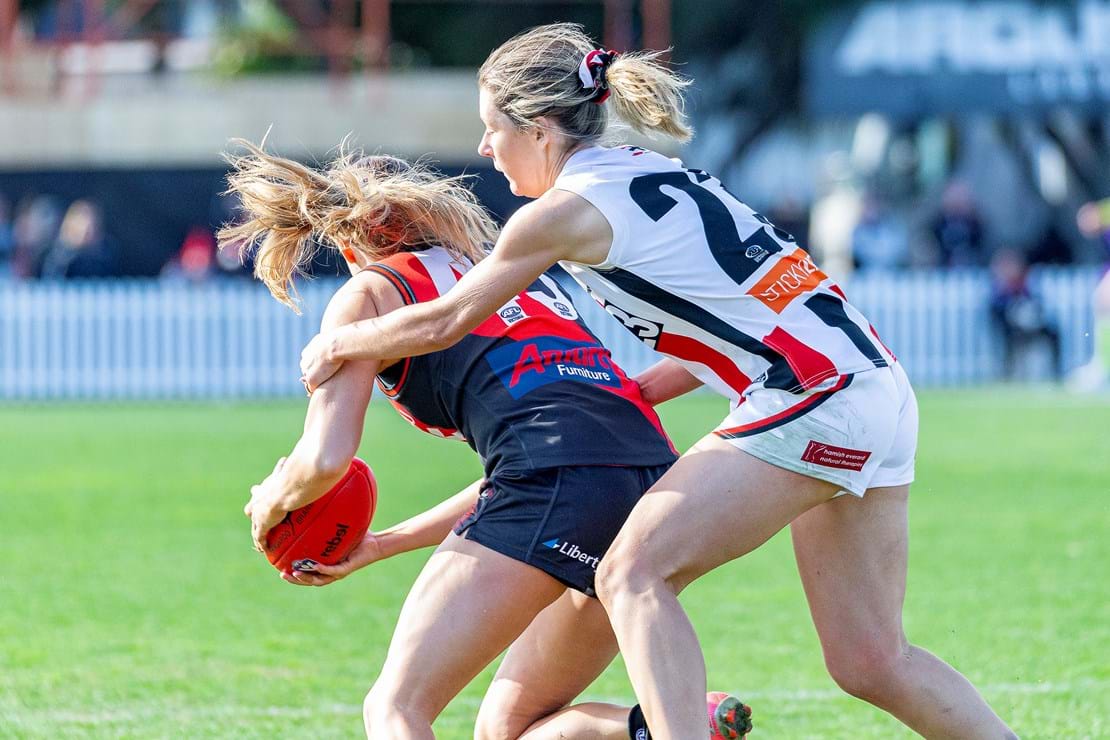 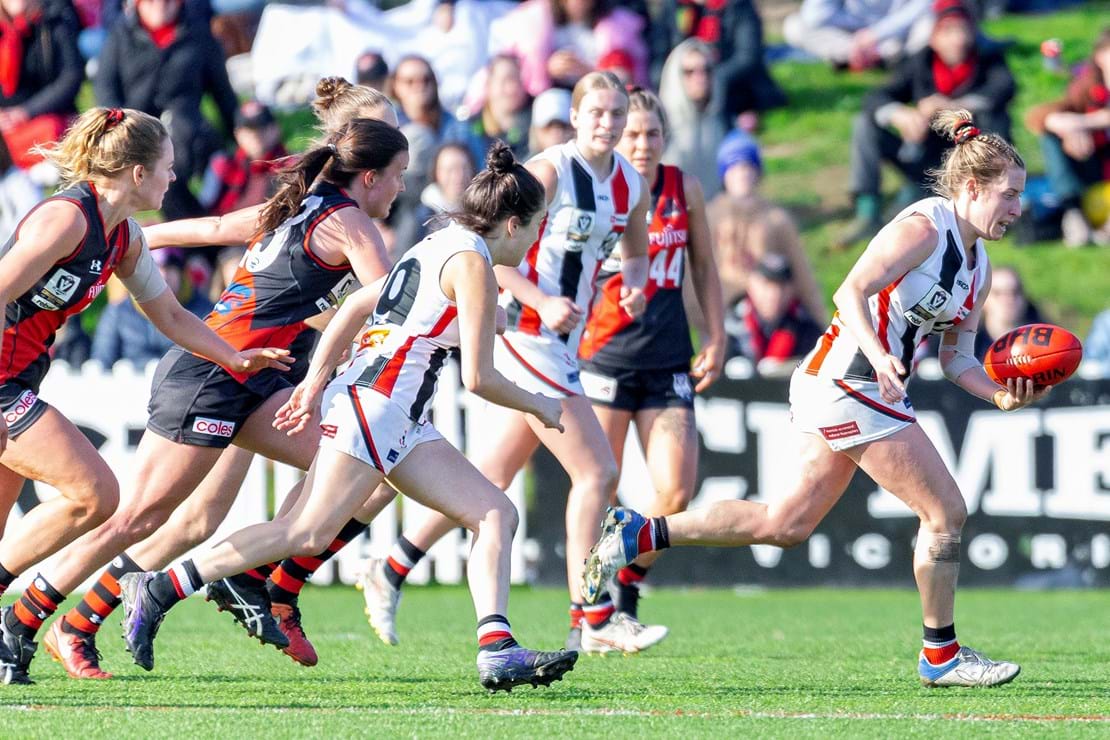 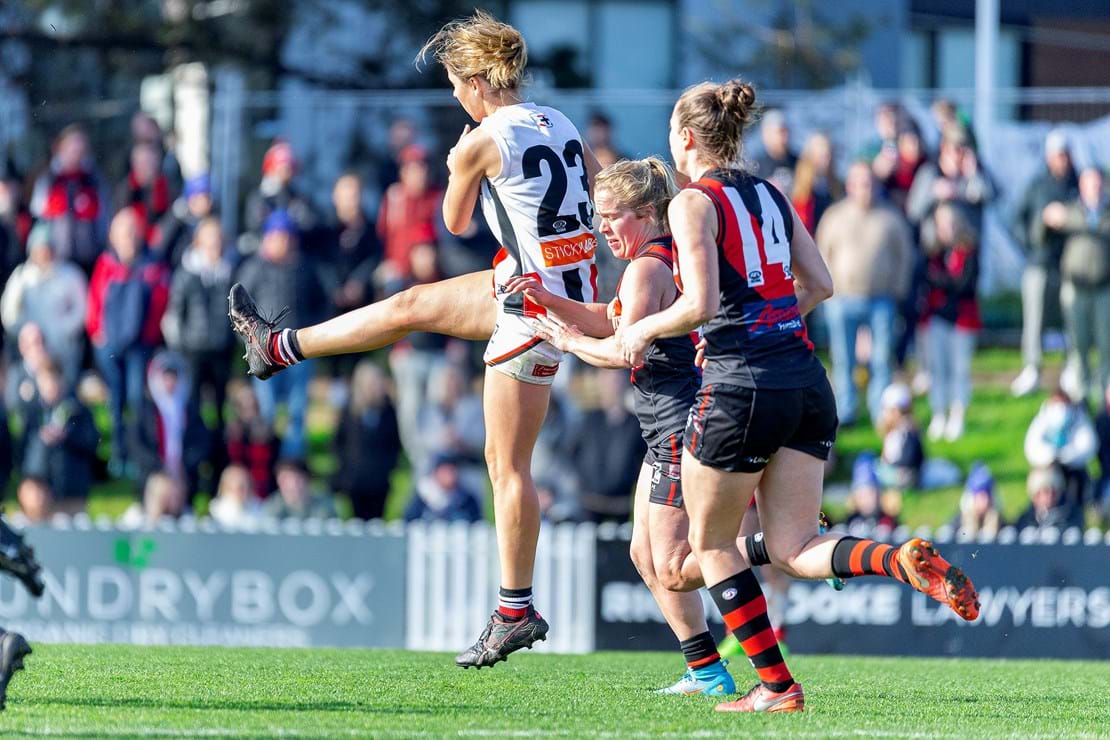 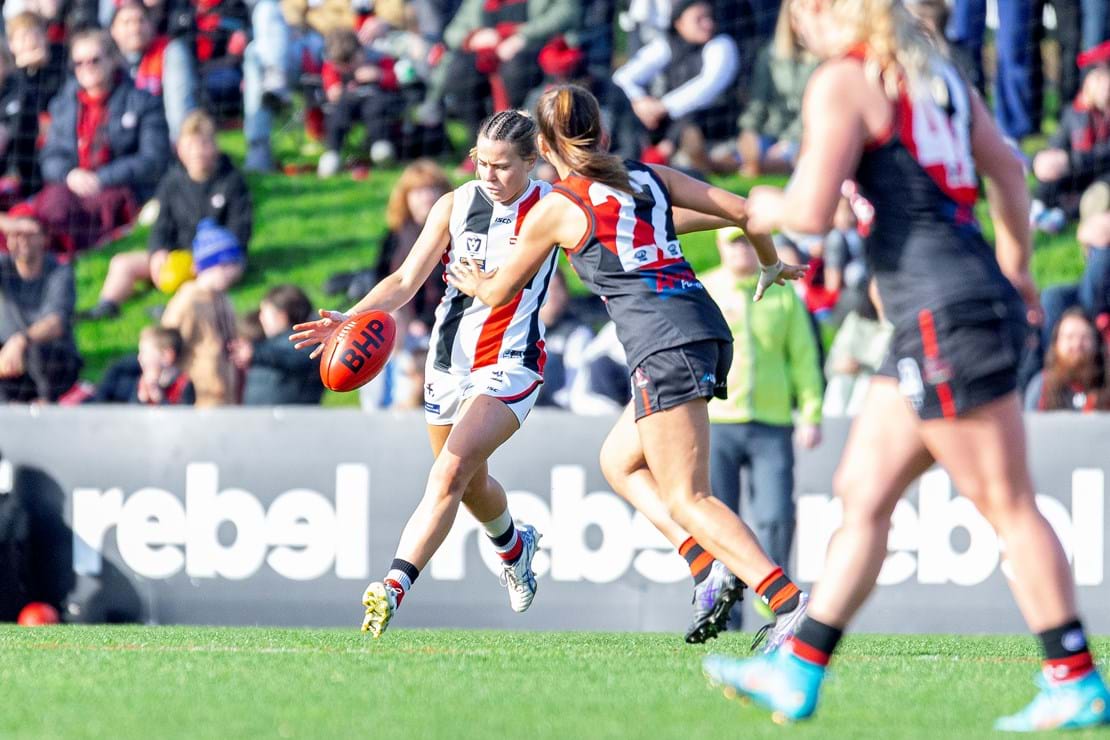 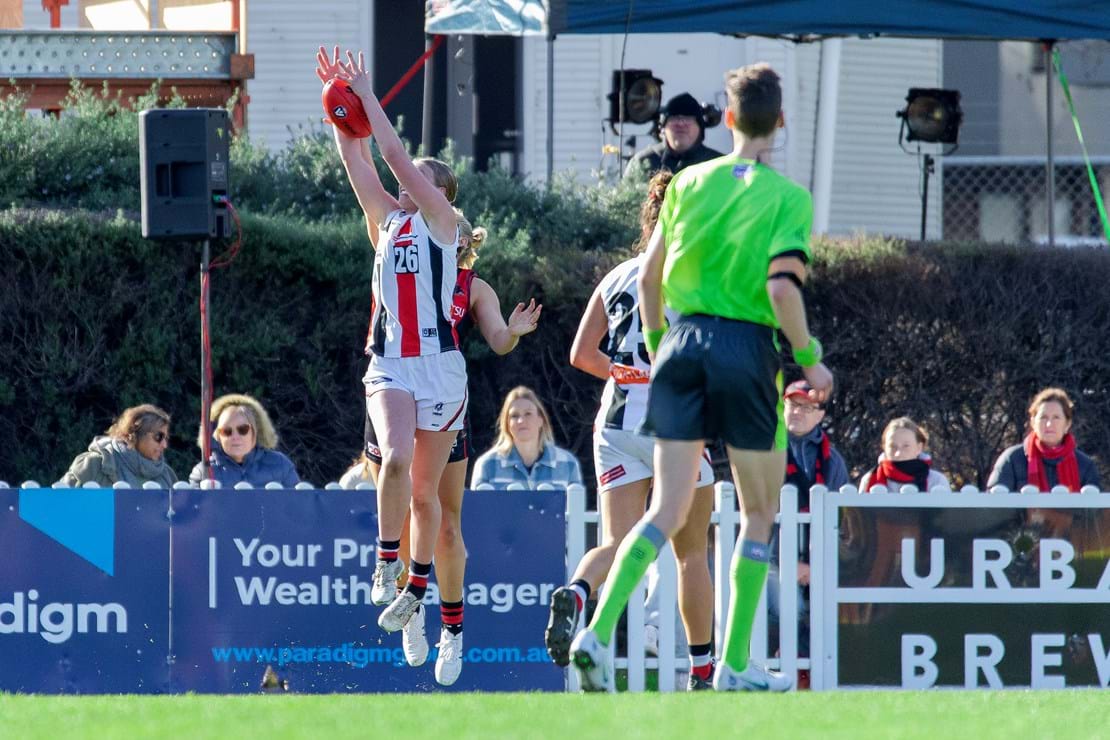 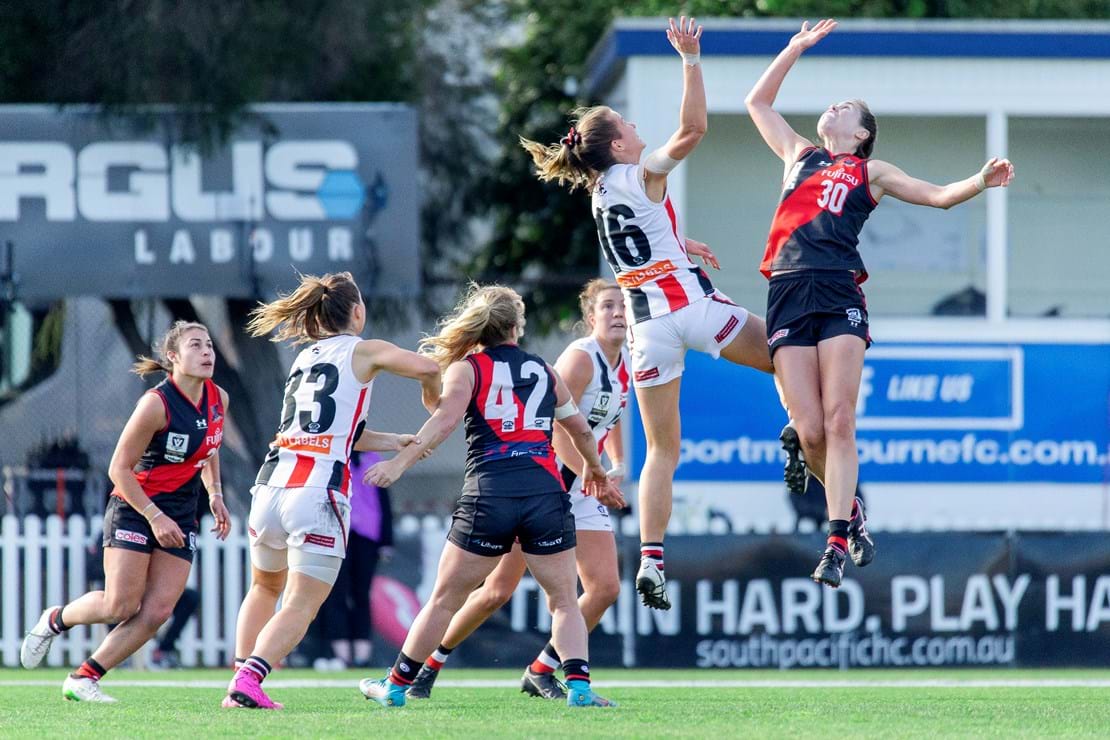 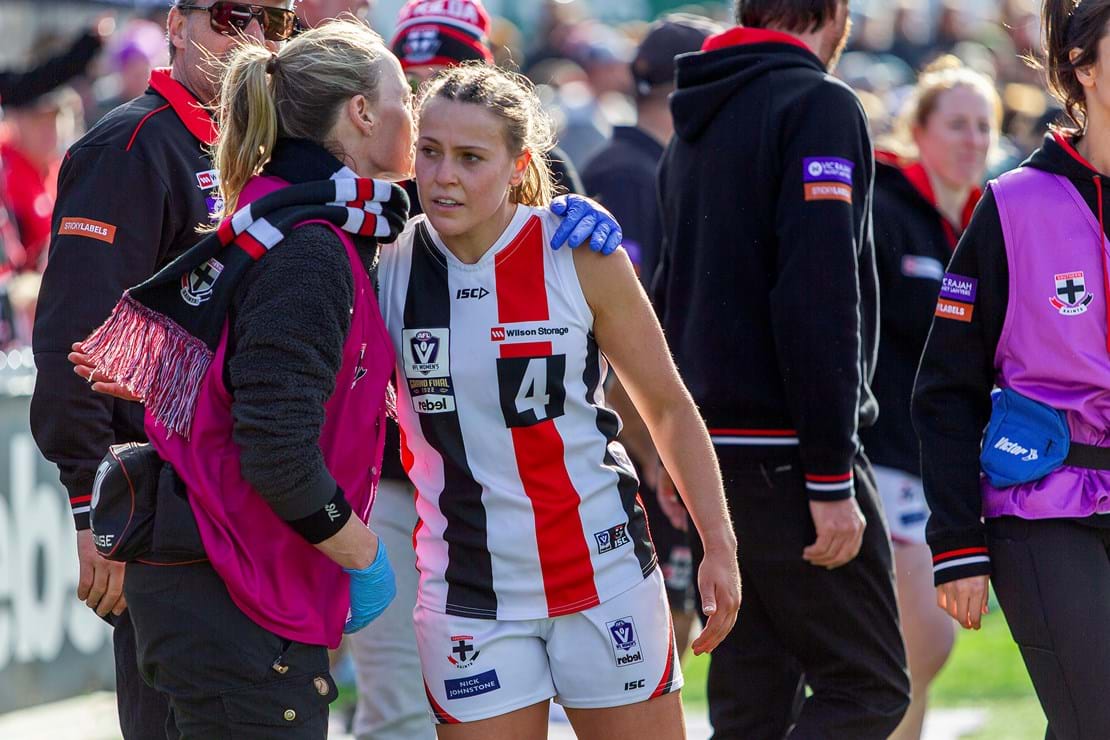 In front of a bumper crowd at ETU Stadium in Port Melbourne we put up a fight all day but were outclassed by the undefeated Bombers.

Madi Capsalis continued on from her strong preliminary final performance, working hard on the inside and finishing with a game-high 11 clearances, 17 disposals and nine tackles.

Chloe Saultry also performed admirably on Essendon star forward Federica Frew, adding 13 disposals plus five tackles in one of her better performances of 2022.

The footy gods were shining on a cold yet beautiful day for footy at the home of Port Melbourne as we kicked against a slight breeze towards the Bob Bonnett End of the ground.

It was a positive start from us early on as we gained some territory before they got on top and kicked the first goal of the match five minutes into the term.

Following that goal ETU Stadium became a pressure cooker, however the ball was once more locked in our attacking half. It was Essendon though who kicked the second of the term at the 15 minute mark to extend their advantage.

The final five minutes of the term saw the ball locked in their attacking half, but our defence stood firm to not concede another goal as we headed into the first break down by 14 points.

At the start of the second quarter the Bombers were on top early, kicking the first of the term five minutes into it to extend their advantage to 20 points.

From that point on the game was played in our attacking half as we tried to bounce back and cut the margin. This time around we were able to create chances, however we couldn’t convert.

Essendon then kicked the last goal of the term inside the last minute to extend their advantage at the main break to 23 points.

It was a fairly even start to the second half, with both teams once more piling on the pressure and heat, but it was the Bombers who kicked the first of the term once more six and a half minutes in.

The middle part of the term was fairly even, however the ball was predominantly locked in our attacking half. But towards the end of the term Essendon slowly got on top and started to get the ball in their half.

They managed to kick another late one, this time with just over a minute and a half left, to extend their advantage to 38 points at the final break.

The final term started out similar to the first, but with us on top and gaining territory for the first half of it as we tried to add some respectability to the scoreboard.

It became much more even and scrappier for the second half of it as both teams, as they had all day, continued to pile on the pressure.

After a slightly extended final quarter due to injury, the siren sounded to signal a 35 point defeat to us on the final day of the 2022 VFLW season.