The Southern Saints have kept their finals hopes alive with an eight-point victory in their Elimination Final against Geelong. 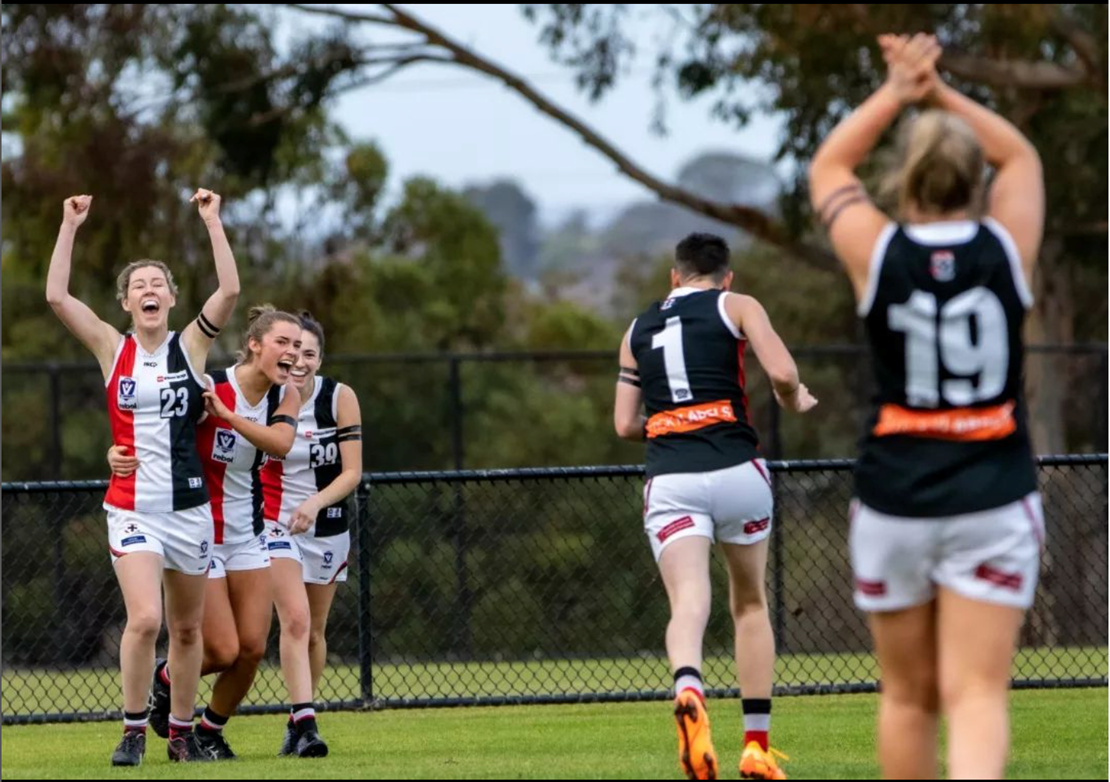 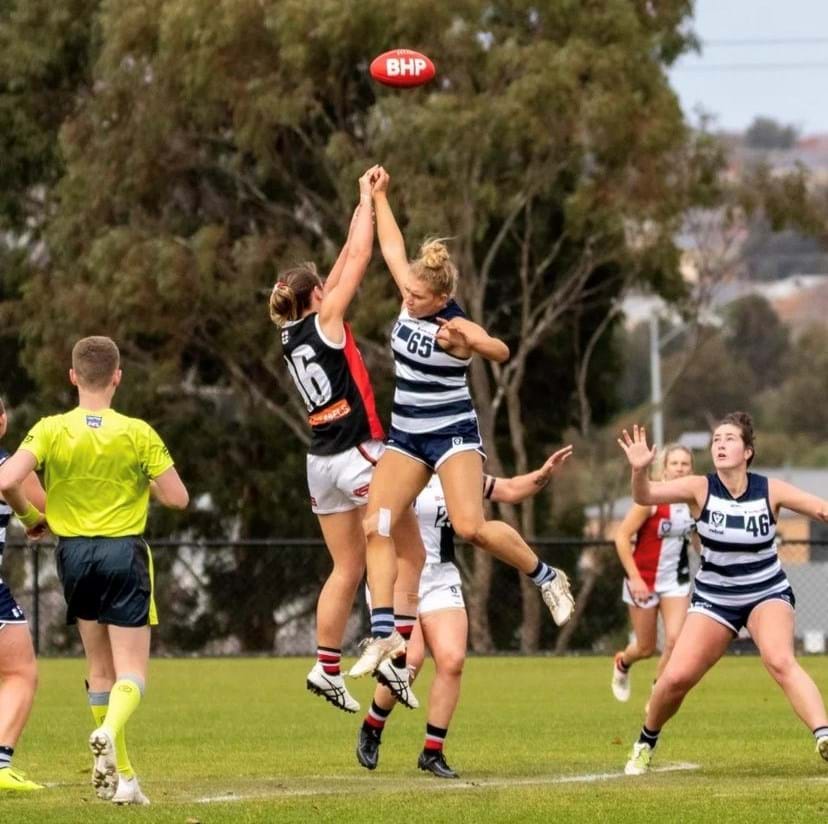 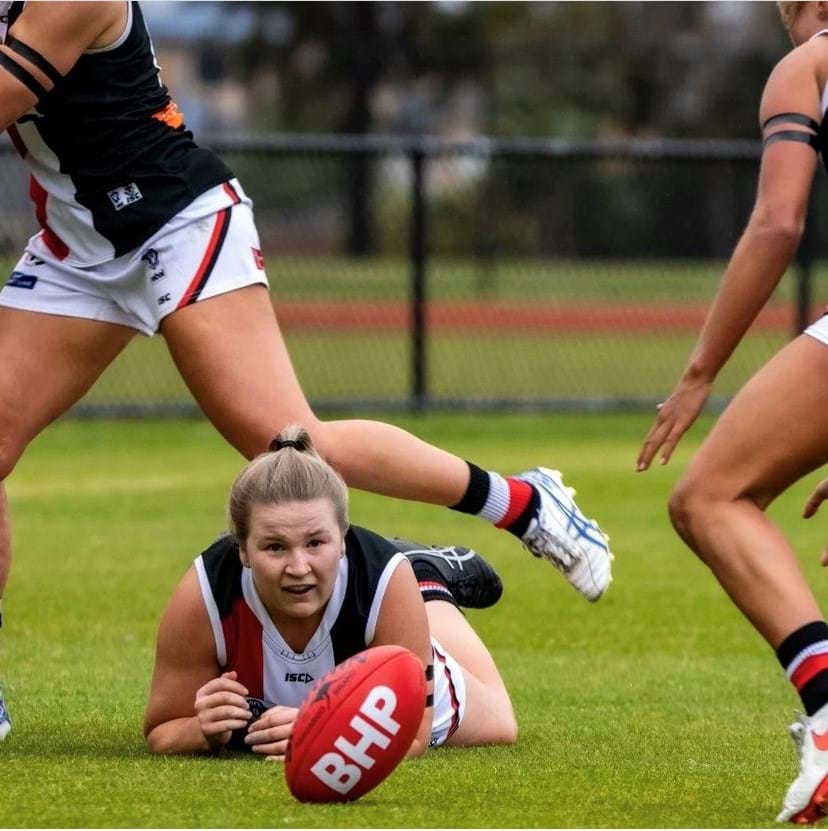 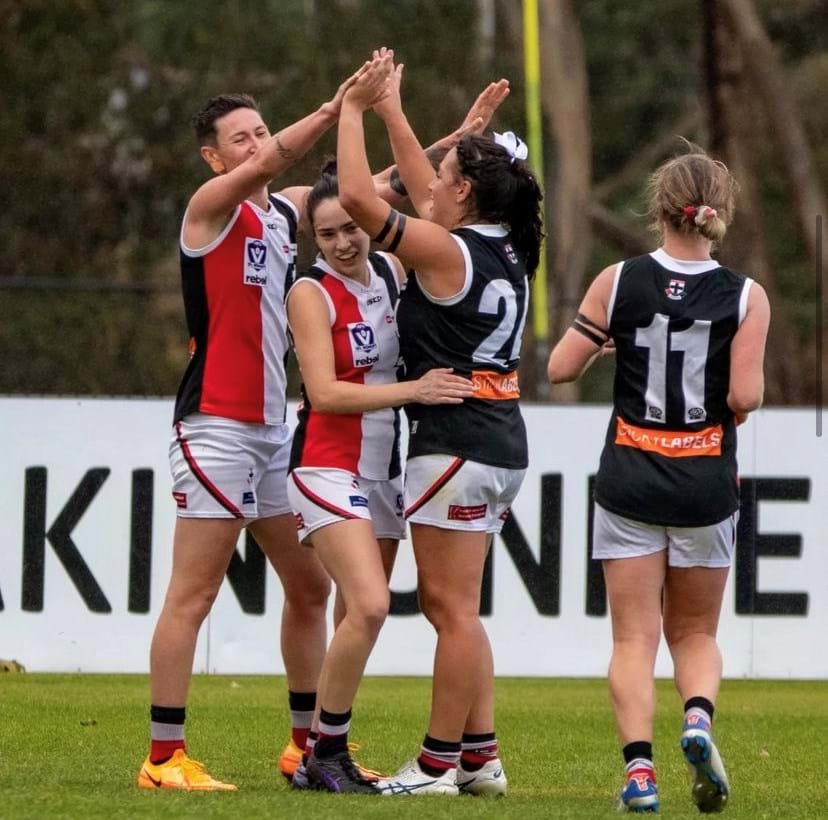 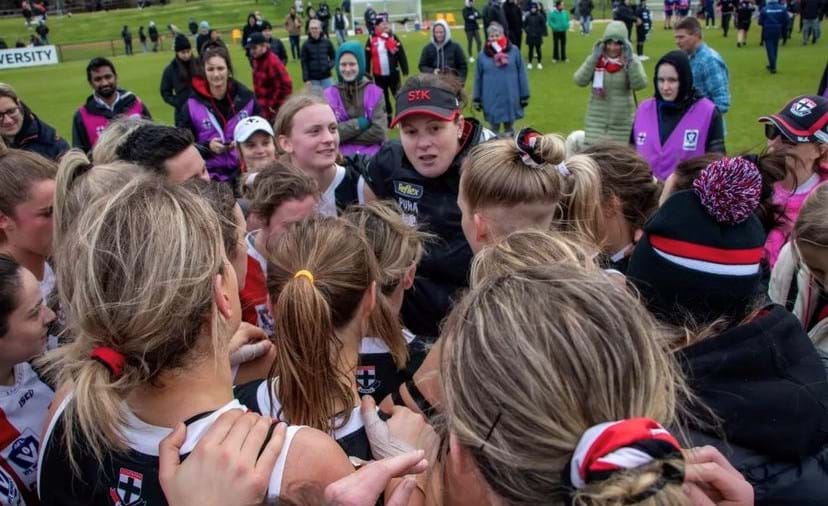 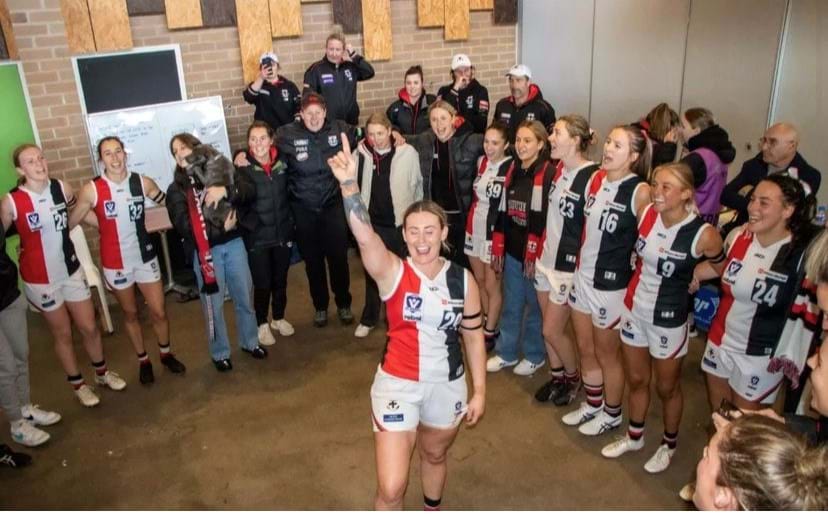 In our second win of the season down in Geelong, this win also exacts revenge for our semi-final defeat to the Cats at home last year.

Continuing on from her strong regular season, Hannah Stuart worked hard again in the midfield. She finished the game with an equal game-high 19 disposals, eight tackles, six clearances plus a goal.

Grace Buchan was as impenetrable as it could get down back once again, collecting 17 disposals and taking an equal game-high six marks.

Captain Deanna Jolliffe also worked hard down back and had 14 disposals whilst Tayla Kearns led the way up forward with two goals from six disposals.

On a cold and windy afternoon down at Deakin University Waurn Ponds, the home side won the toss and elected to kick with a heavy breeze heading towards the Geelong end of the ground.

Early on in the first they used the wind to their advantage and pressed hard. However, as it had all season long, our defence stood tall before conceding the first goal at the seven minute mark.

They continued to press hard following that goal as our defence continued to defend our goal, consistently forcing them into tough shots which they missed.

After a slightly even ending to the term we headed into the first break down by two straight kicks, with Geelong kicking a very inaccurate 1.6.

We kicked off the second term in very quick fashion, with Stuart getting down into the forward line and roving the pack before snapping our first goal inside the first minute of the term.

The Cats though started to briefly press before we once more started to press from the five minute mark. And it paid off, with Kearns slotting a set shot from near the top of the goal square to put us back on level terms.

Once more they started to press and get on top before we started to press hard in the last five minutes. Right before the half time siren Chanelle Slater slotted her first goal to give us an eight point advantage heading into the main break.

The third term was a similar term to the first as we defended gallantly once more against the strong breeze.

At times we even started to get on top and get it inside our attacking half, but it was Geelong who were dominating in the territory battle.

They kicked the first goal of the term right before the 15 minute mark to cut the margin to two points before continuing to press hard in the final few minutes of the term.

However our defence stood firm and didn’t concede another point after that as we headed into the final break with a two point lead and set to kick with the breeze for the final 20 minutes.

Early on in the fourth it was a fairly even start to the term, with Geelong gaining territory at first before we started to get on top.

It was a transition play that ended up giving us the first and only goal of the term, with Tayla Kearns on the end of it and snapping it from the top of the goal square to give us back our half-time lead.

Once more it became even after that goal before the Cats started pressing as hard as they could to get that elusive first goal at the University End.

As our defence stood firm once again we started to get on top late on and win the territory battle before the final siren. Before we could kick one final goal the siren sounded to signal victory for us!