Zebras cruise to victory over Dolphins

Sandringham has continued its strong performances at home with a win against Frankston. 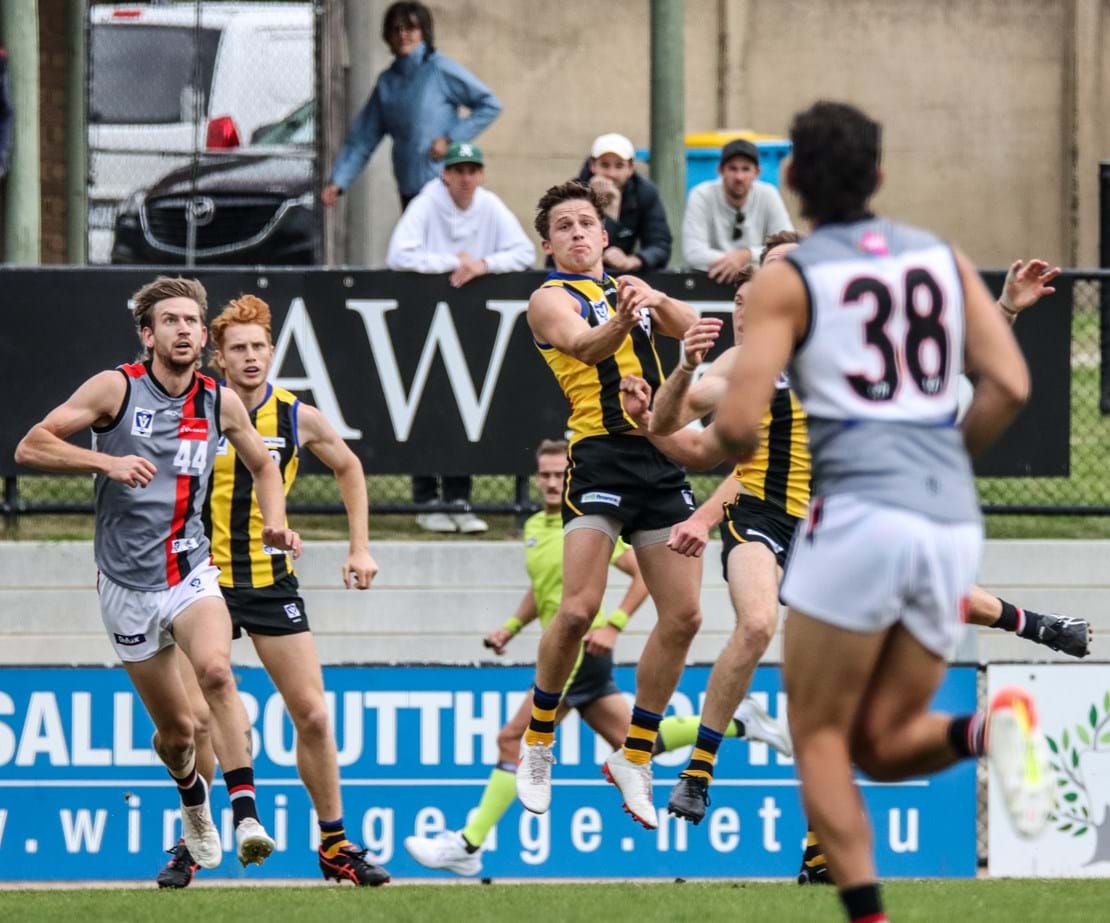 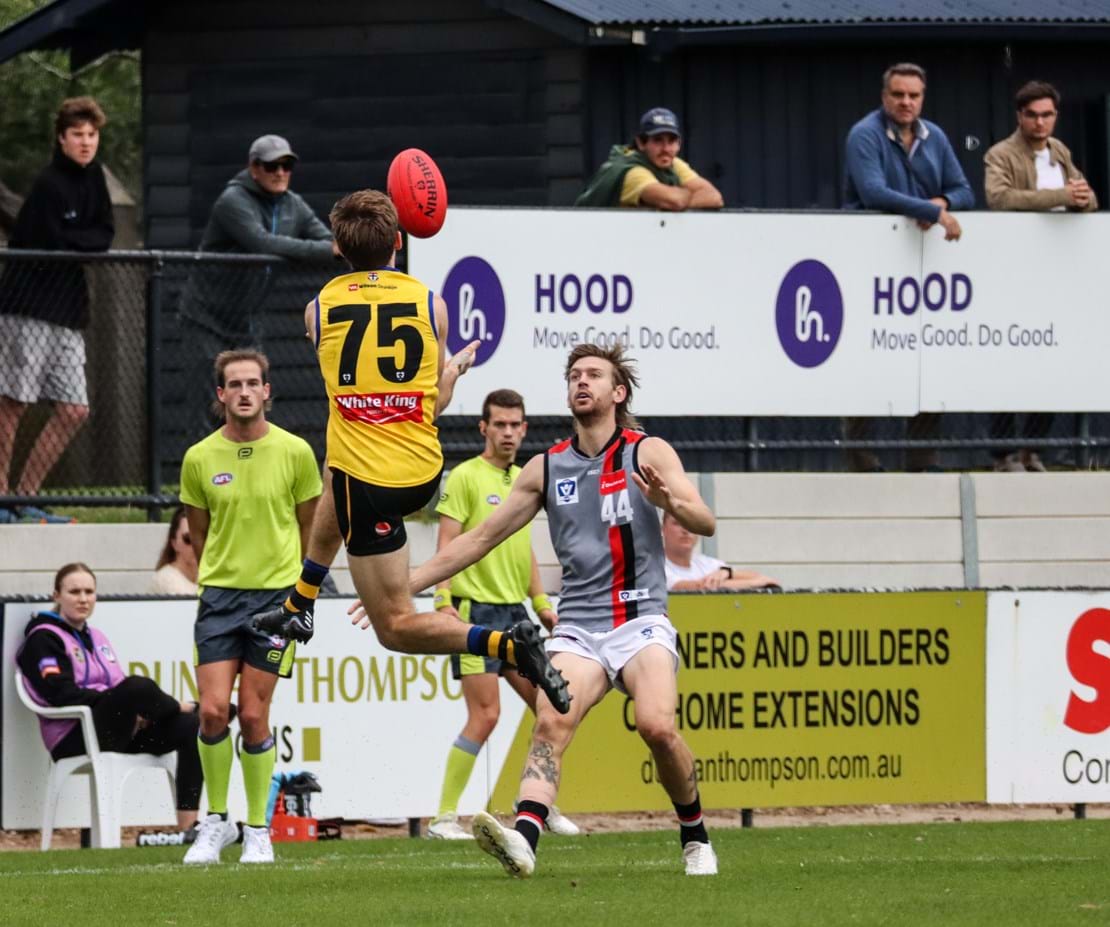 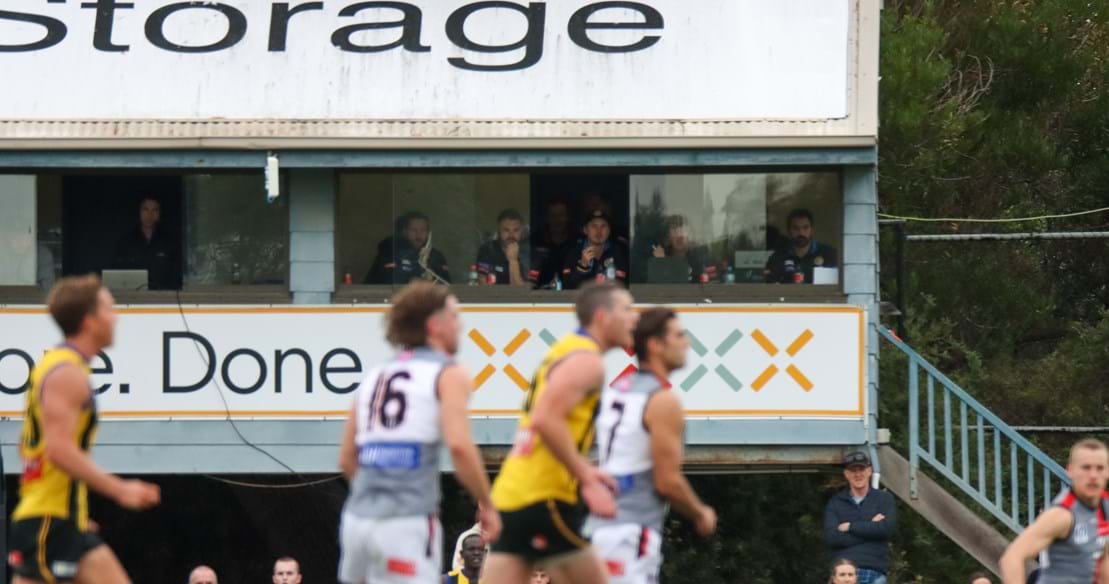 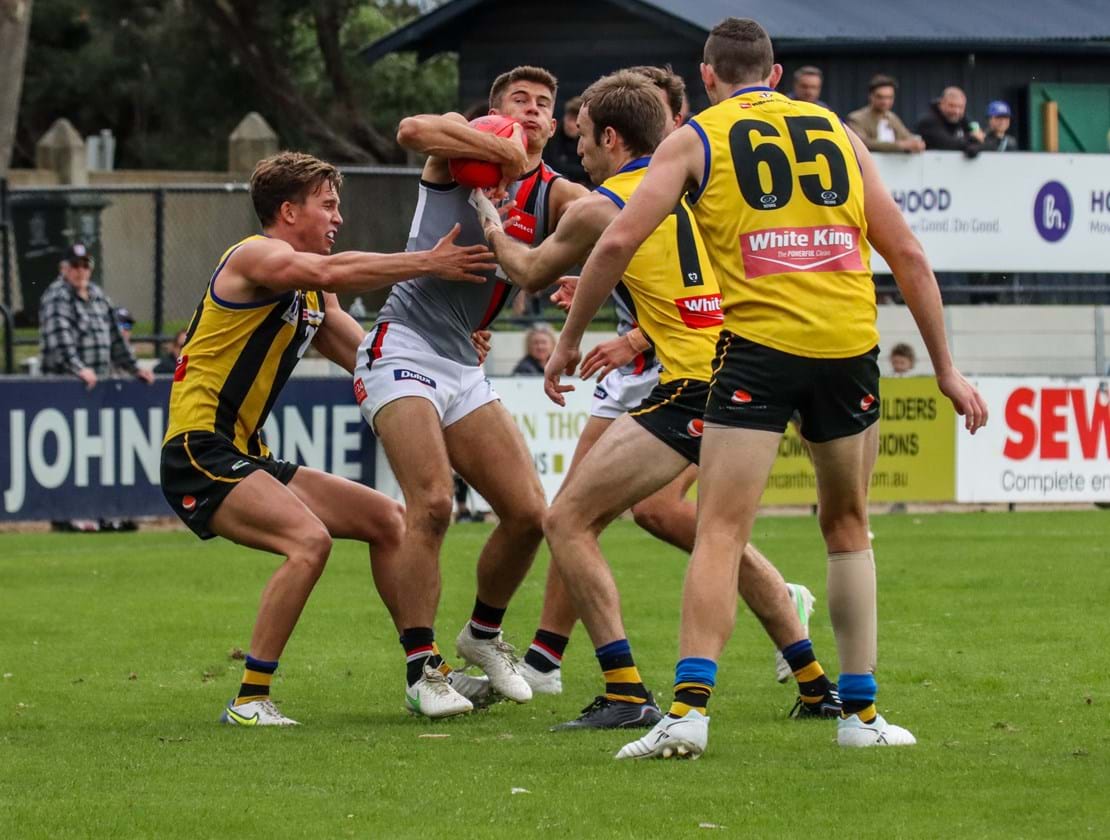 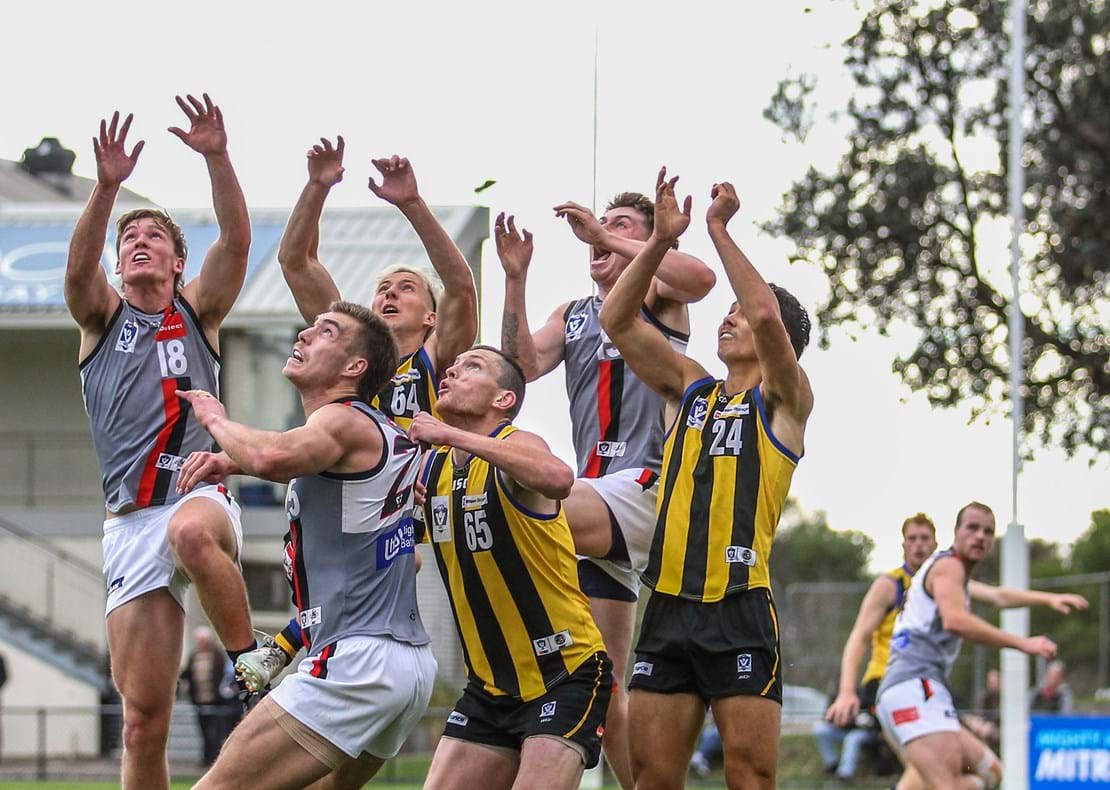 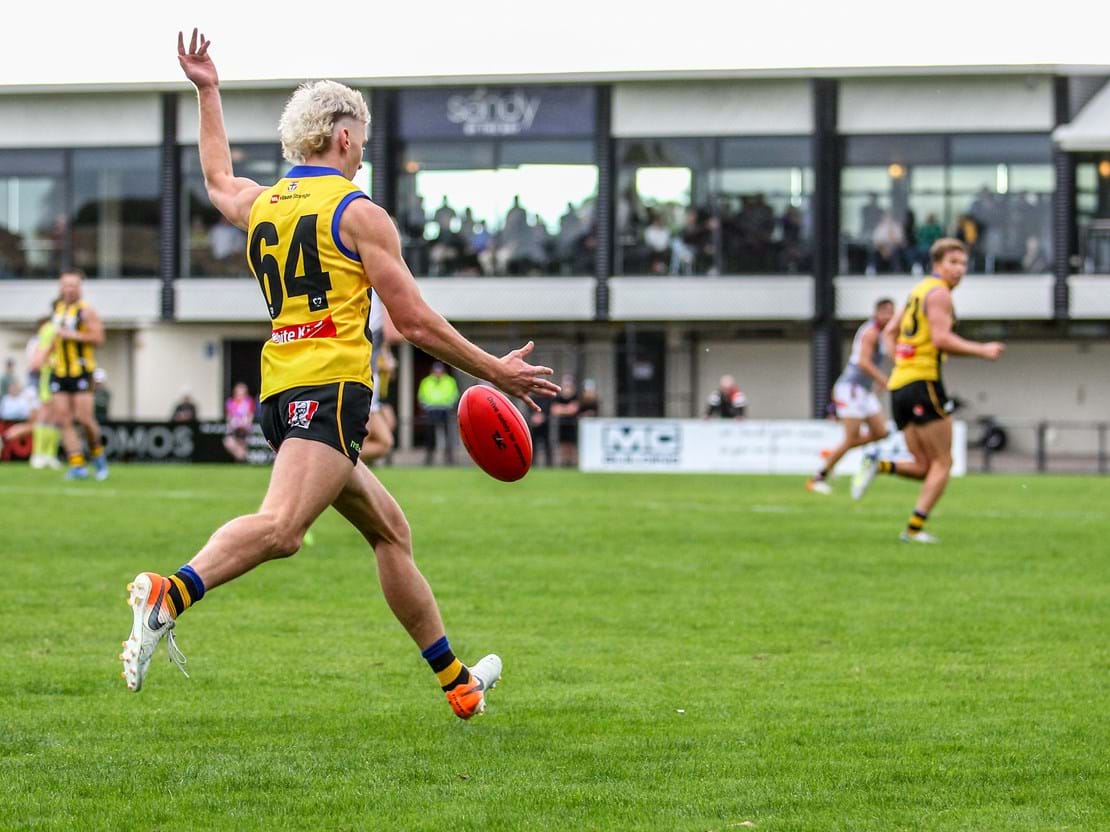 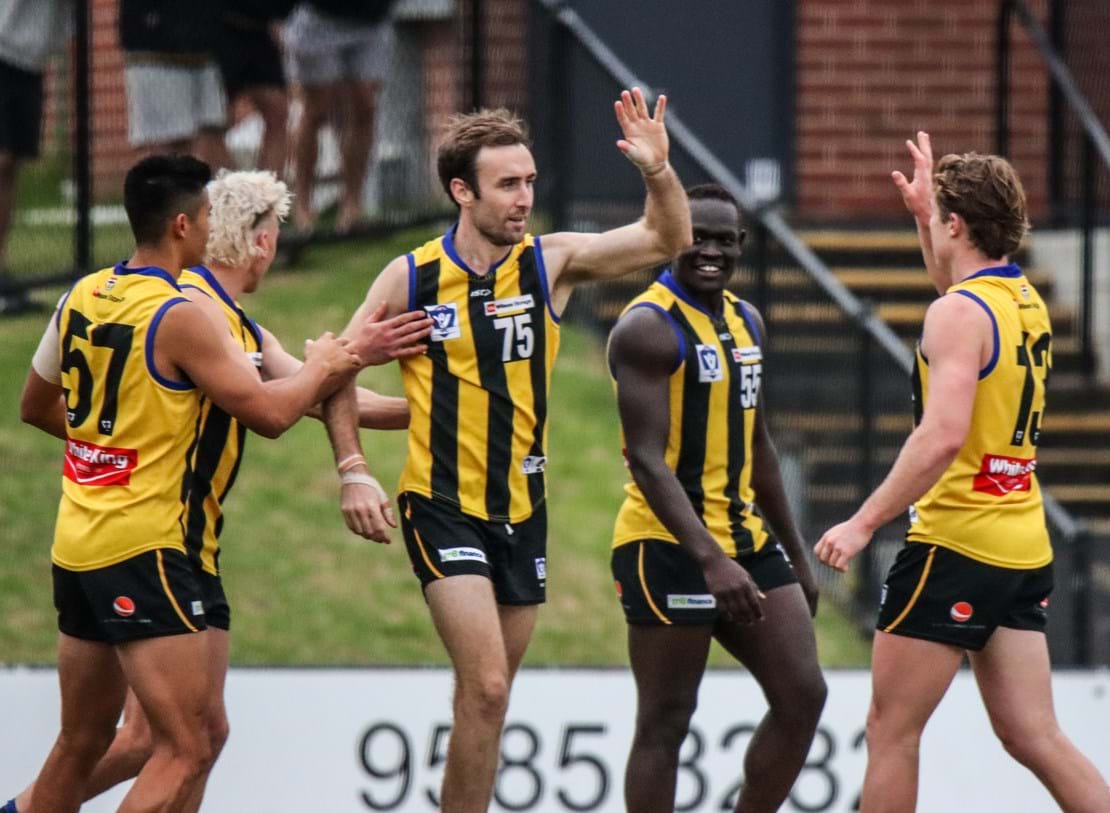 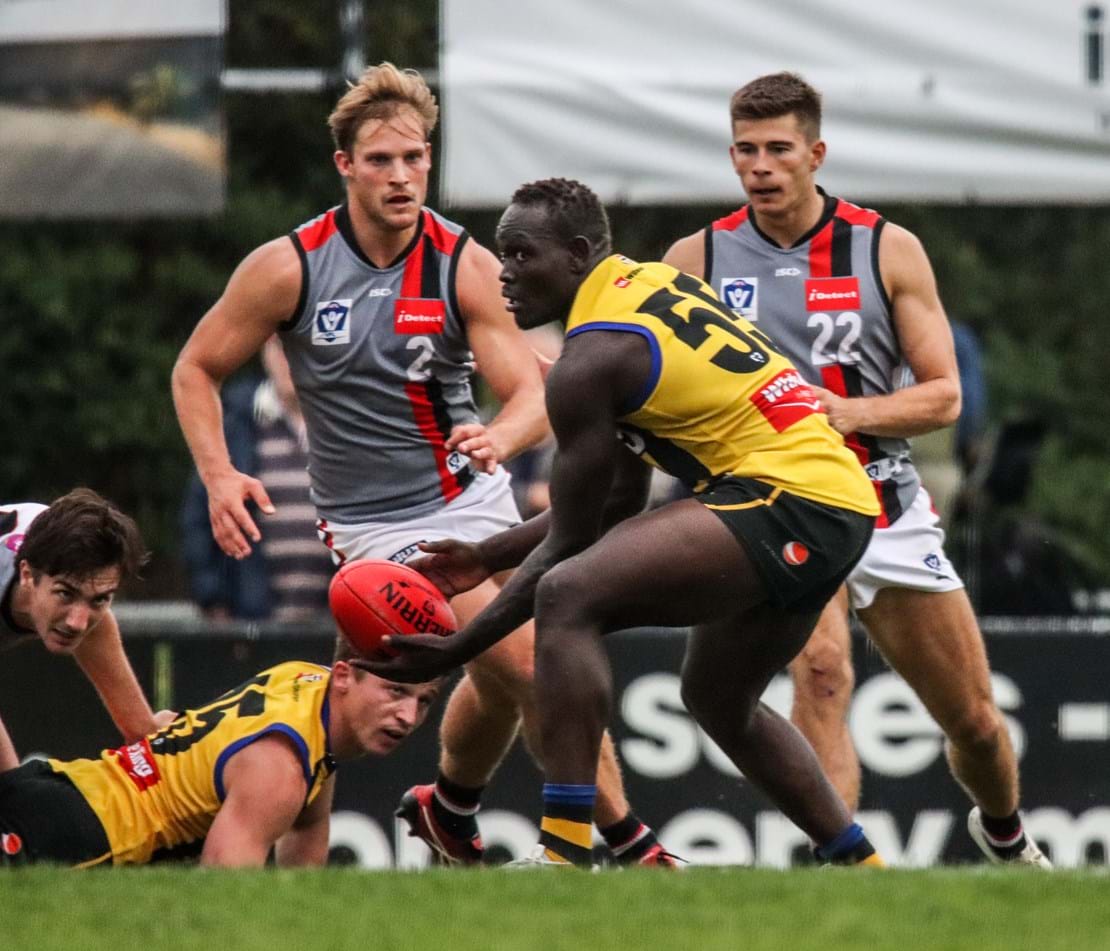 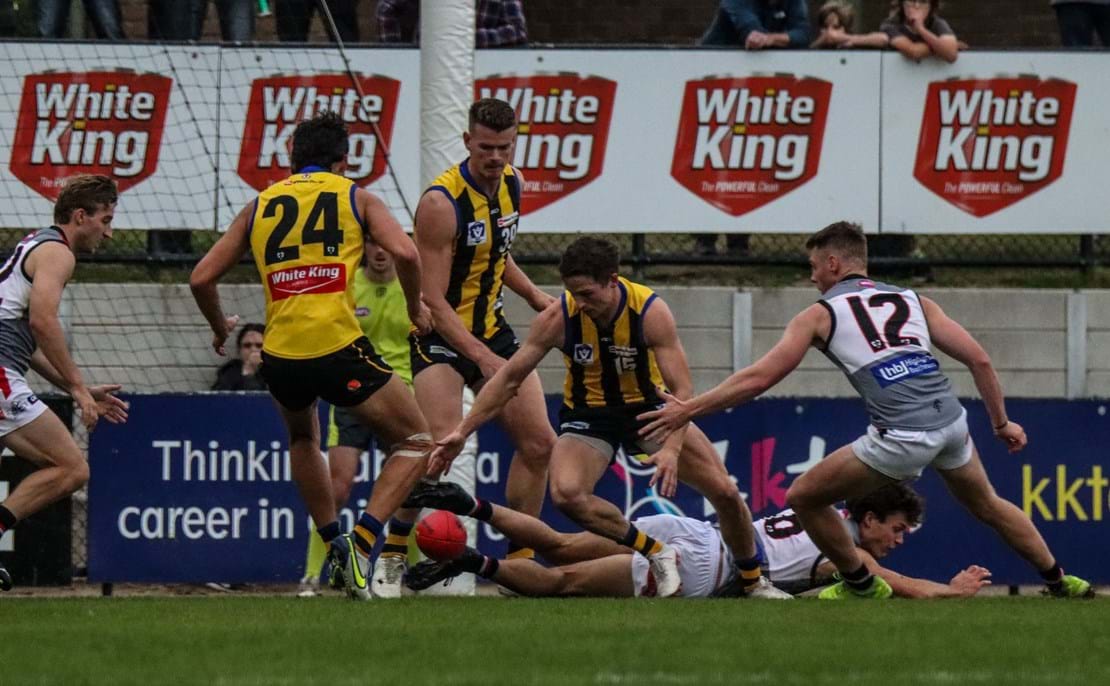 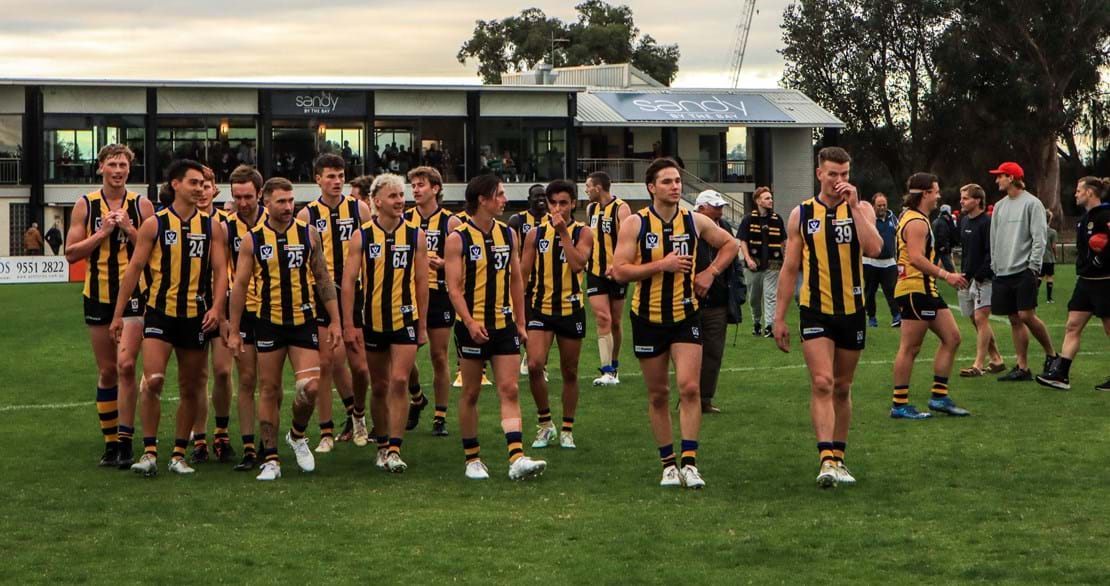 Following on from a tight contest the previous weekend in Sydney which ended in a draw, it was a much more comfortable win for us this weekend against the Dolphins.

Sam Dunell came back into the lineup and starred up forward. The playing-coach created plenty of chances and had 10 marks (majority inside 50), 11 disposals plus three goals.

Goy Lok provided plenty of dash as well as being a target, whether it be in midfield or up forward, collecting 19 disposals and taking seven marks.

Among the best for the AFL-listed players was Ryan Byrnes, who kicked 3 goals and had 25 disposals plus six clearances. Jack Billings made a successful return with 21 disposals, 7 marks, five tackles and two goals and Tom Highmore was once again a presence down back, acquiring 20 disposals and taking nine marks.

In front of a big crowd in the second match of our double-header at Wilson StorageTrevor Barker Beach Oval, Frankston kicked the first goal inside the first two minutes. We responded, getting it inside 50, with Zak Jones setting up Jake Lohmann who converted a set shot five minutes into the match.

We then got our next one two minutes after a Frankston player slipped and Byrnes snapped truly after picking up the loose ball. One minute later he then snapped one out of thin air to give us our third consecutive goal.

The ball continued to be locked in our attacking half. However at the 12 minute mark the Dolphins began to press, but our defence stood firm.

Following a Frankston behind, we quickly moved the ball from defence to attack, with Matthew Allison converting a set shot for our fourth 18 minutes into the term. The next also came from quick ball movement, this time for Mitch Owens at the start of time on.

Our final two goals of the term came from the centre, with Dunell and Billings the beneficiaries from both those clearances. Frankston then kicked the last two, including one after the siren, to cut the margin to 23 points at the first break.

It was a much more even start to the second quarter. Five minutes in, Chris Carey converted a long range set shot following a 50m penalty to give us the first of the term.

The contest became even once more before Frankston started to press hard. Our defence stood strong as Frankston missed a couple of opportunities to shorten the margin.

Our defence was broken at the 17 minute mark with Frankston scoring their fourth goal of the match. The next few minutes saw us create chances inside our forward 50, but we failed to convert.

Mitch Riordan launched one from outside 50 which sailed through after some good ball movement from the half back flank. As the siren sounded after a congested final few moments we took a 58-30 advantage into the halftime break.

It was yet another tight start to the third quarter before Dunell took a mark inside 50 and converted the set shot four and a half minutes into the term.

The ball once more was held in our attacking half. Dunell then took another mark inside 50 and calmly slotted the set shot to extend our lead to 39 points eight minutes into the term.

Frankston fought back, getting their next two goals through end-to-end play to cut the margin back down below five goals at the 15 minute mark. The contest was then back to a tight affair as we began to enter time-on in the third.

We started to miss a few chances as time-on began. However Mitch Owens took a set shot from just outside 50 and belted it home to give us the final goal of the term 25 minutes into it as we took a six goal advantage into the final term.

It was us who pressed hard early on in the final term, creating but missing a couple of chances.

The contest then became a bit more even, with Frankston looking to move the ball fast and us looking to slow it down. At the 10 minute mark we moved it nicely from defence to attack, with Byrnes kicking his third goal to extend the margin to seven straight kicks.

Frankston started to move the ball forward, but our defence once more stood firm before the contest once again became a bit tighter.

18 and a half minutes in we moved the ball quickly from defence, with Oliver Lowe kicking his first goal of the match, extending our advantage to a game-high 47 points.

The Dolphins kicked a consolation goal two minutes into time-on before Matthew Allison kicked the last one three and a half minutes later to put the cherry on top of a fantastic day at Wilson Storage Trevor Barker Beach Oval.