The Zebras have come away from Sydney with two points following a draw against an unbeaten GWS side. 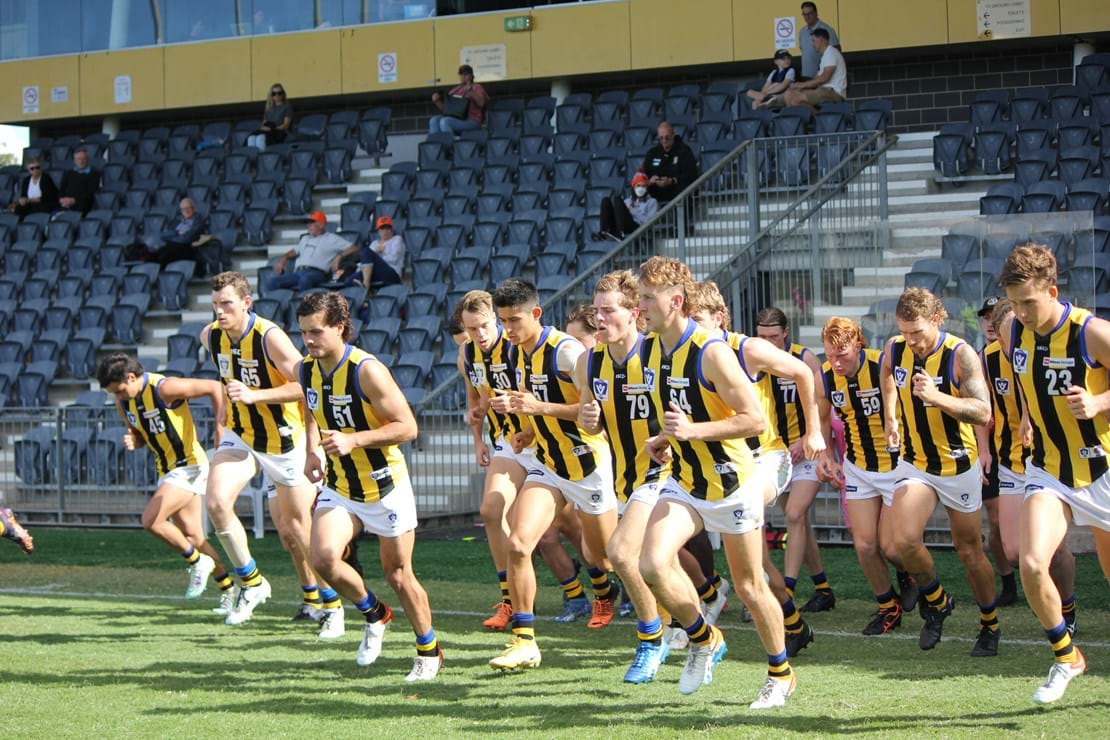 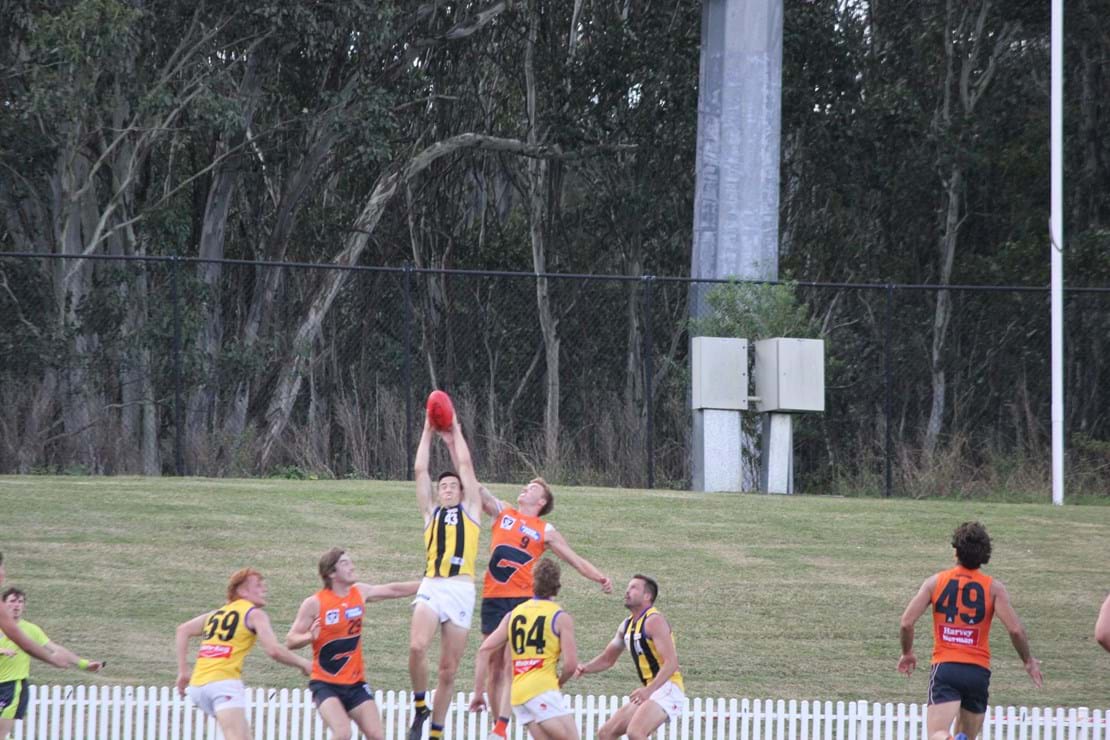 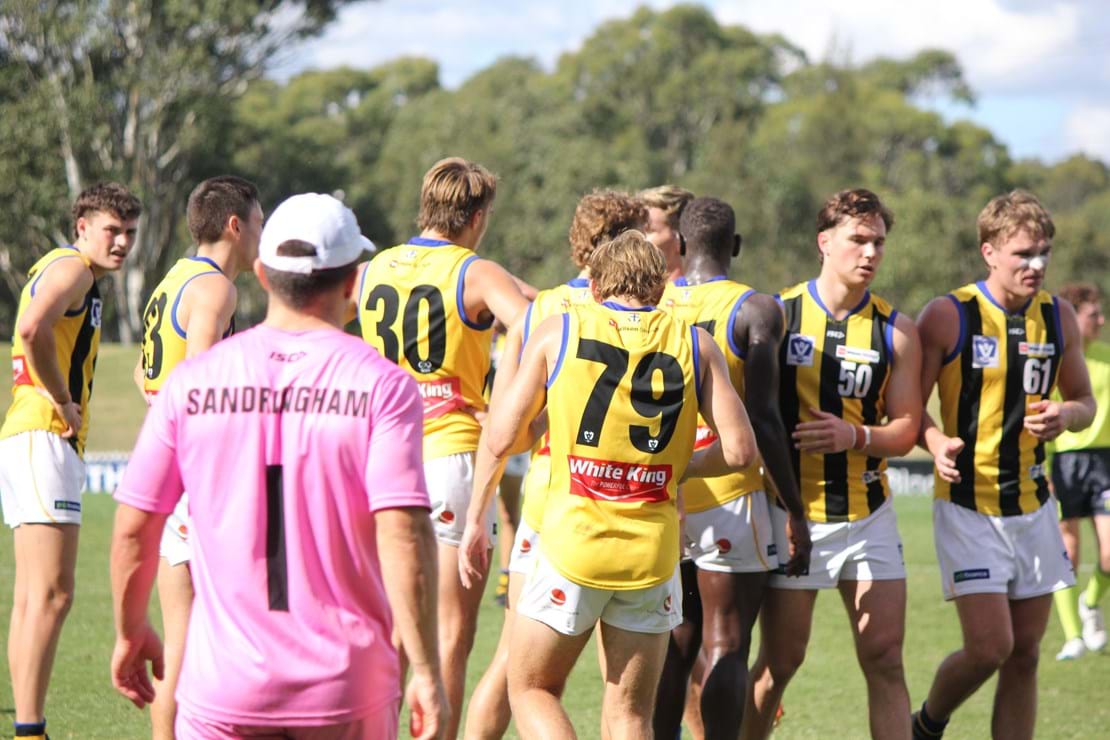 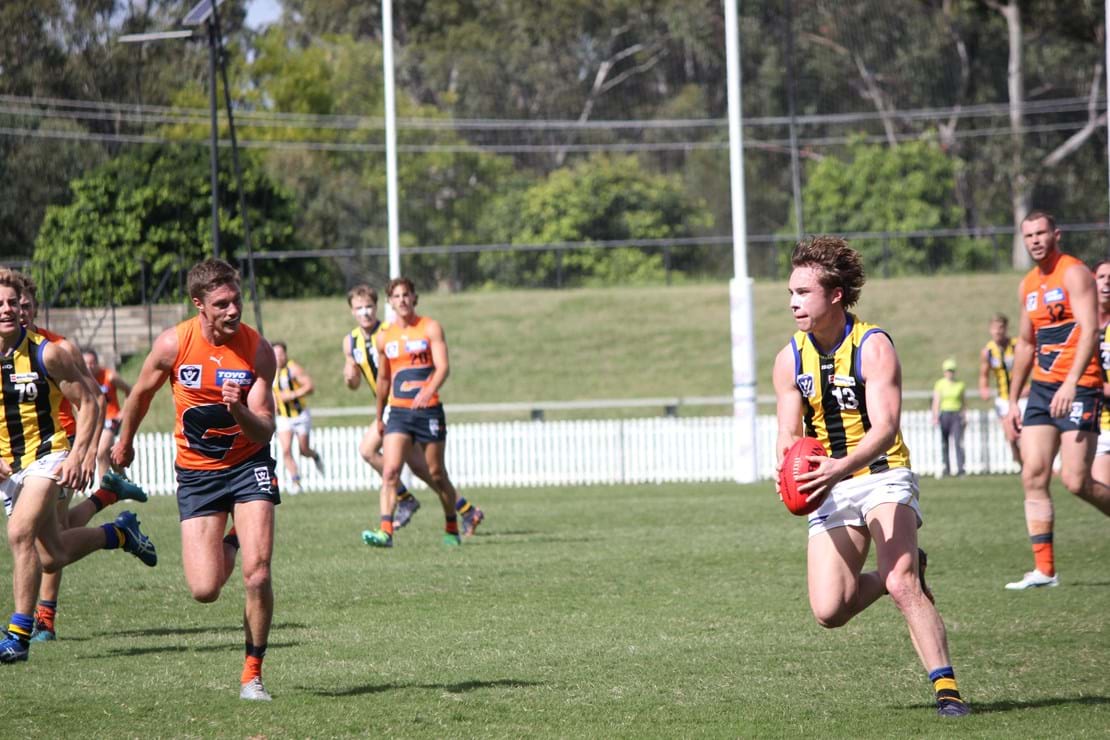 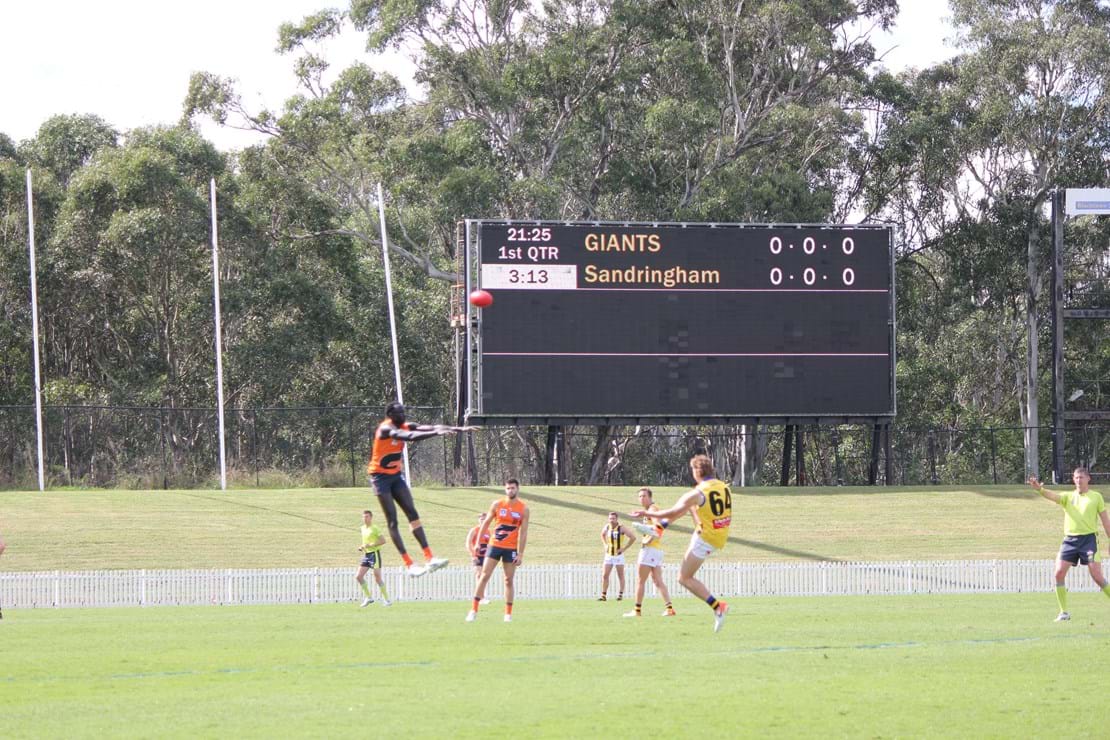 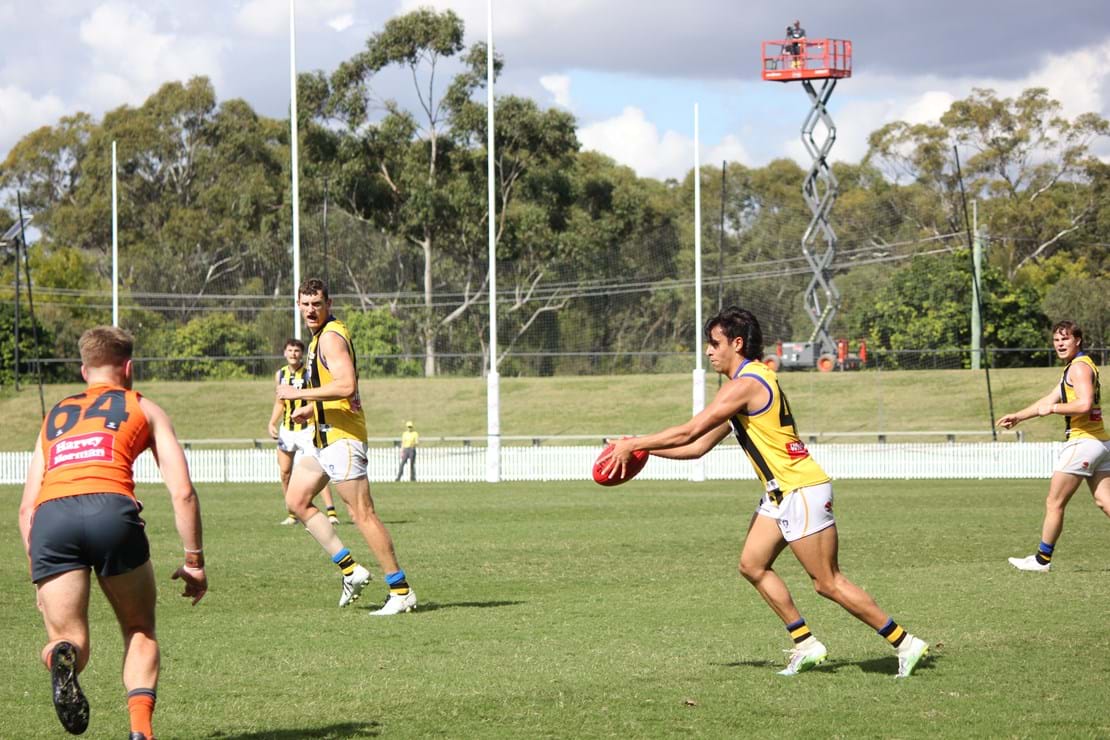 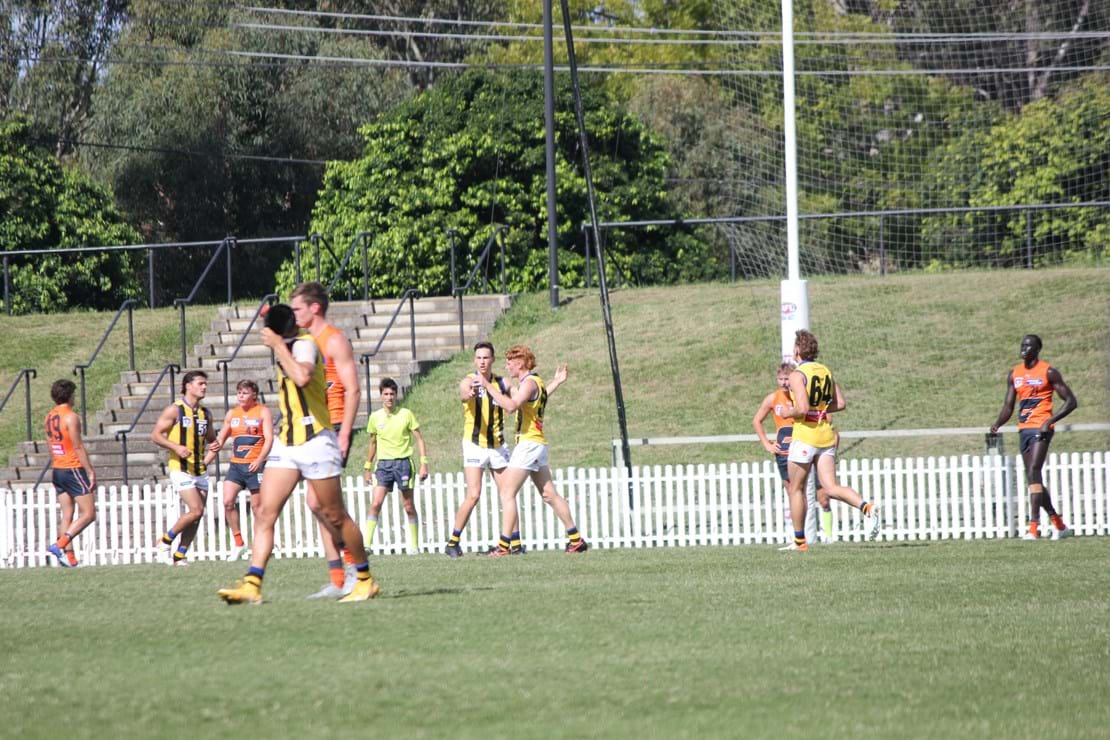 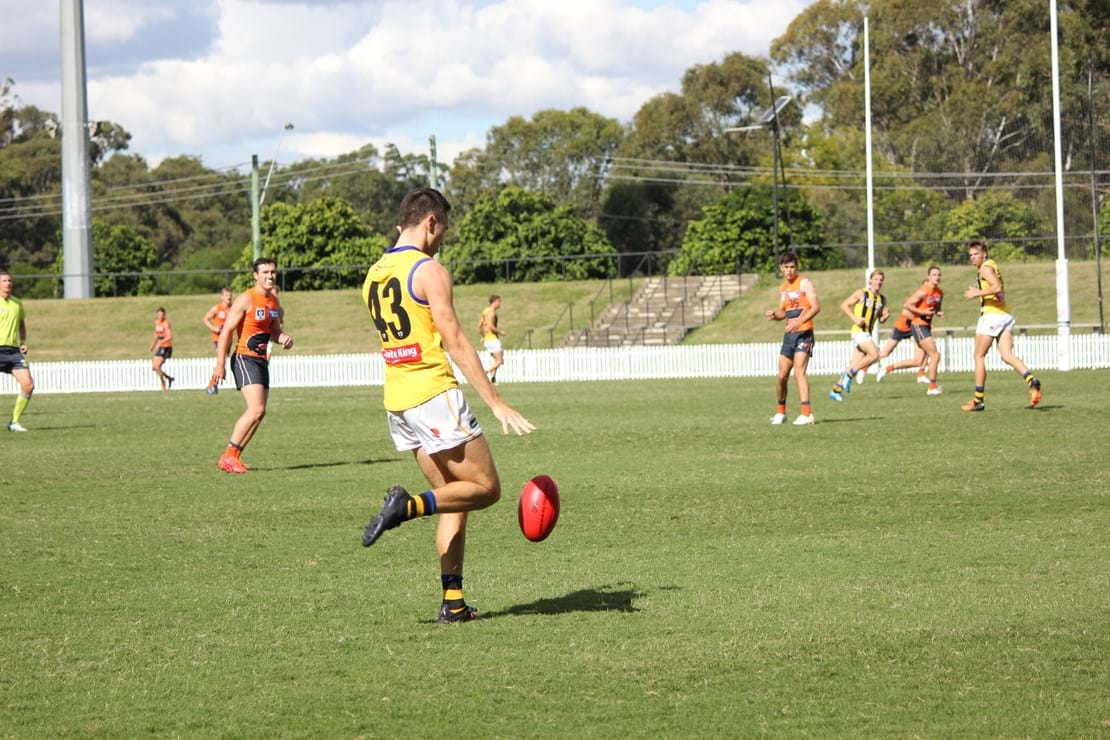 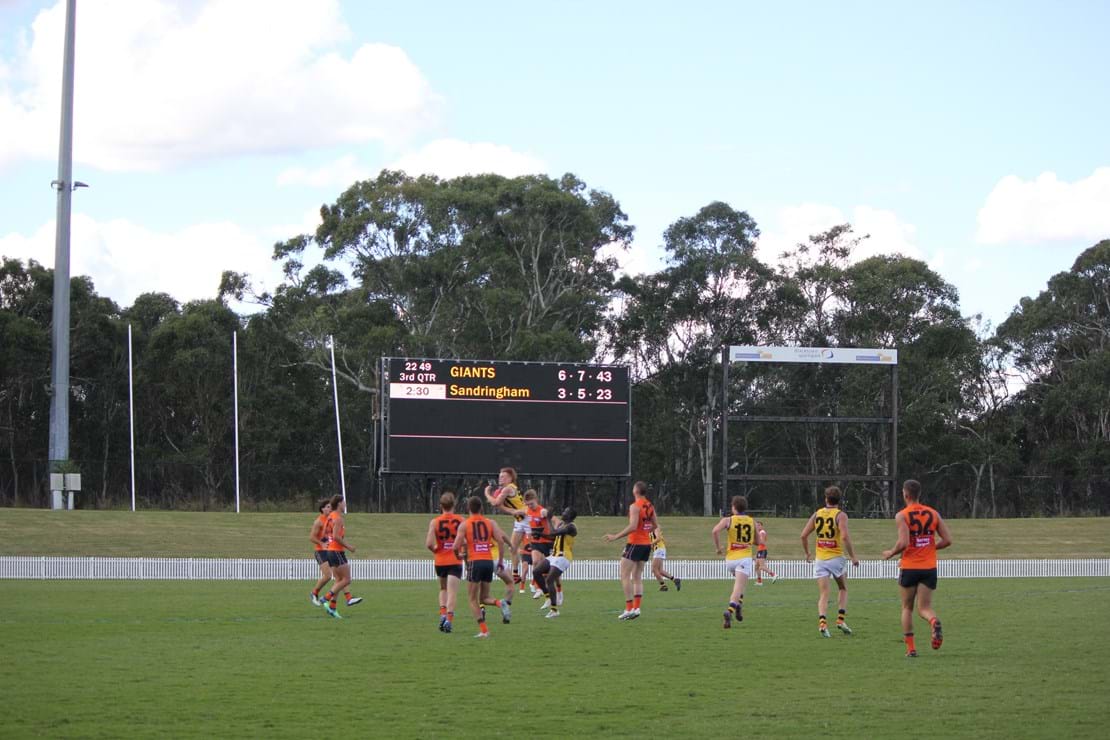 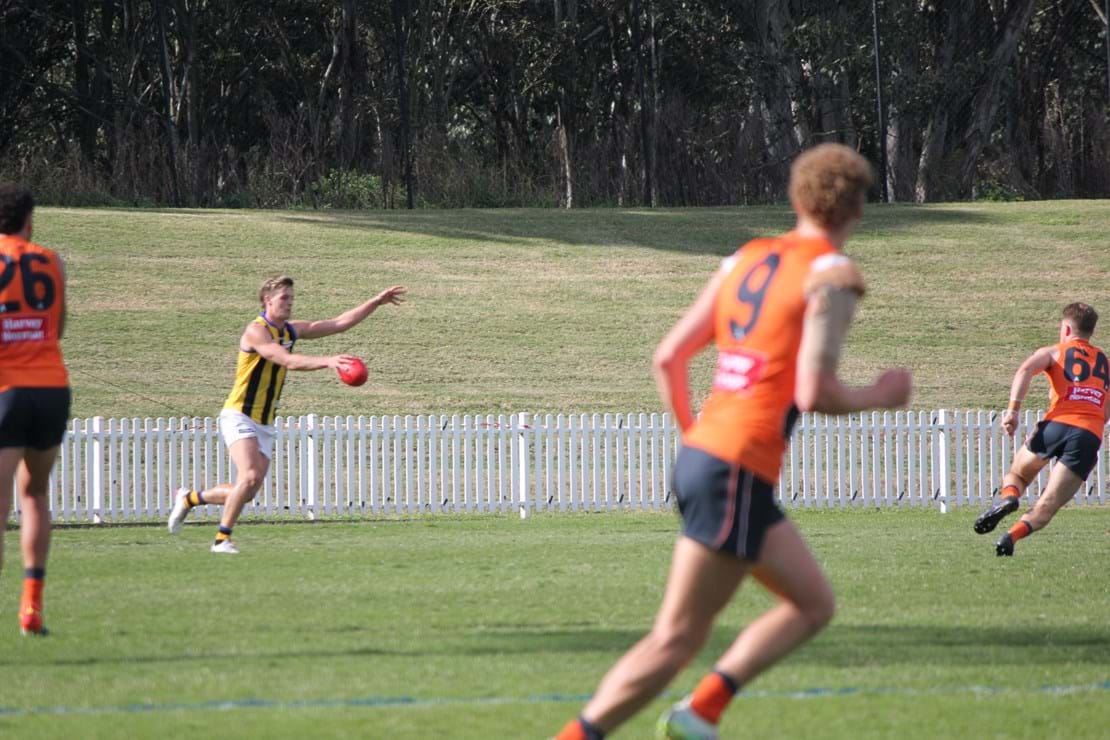 After an impressive win the previous weekend against the Suns, a 28-8 final term meant that at the final siren both sides were locked on 8.11.59.

Young midfielder Blake Watson continued on from his terrific debut performance with another strong performance, collecting 23 disposals, 10 clearances and a game-high 11 tackles.

Tyson Milne also continued his strong start to the 2022 season down back, getting another 17 disposals, 13 kicks, six marks and plenty of intercepts.

Some of the AFL-listed players once more played a big role. Ryan Byrnes finished with a game-high 34 disposals and 11 clearances, Tom Highmore was a brick wall down back with 30 disposals and seven marks, Cooper Sharman kicked three goals from 13 disposals and five marks plus Dean Kent kicked two goals and had 25 disposals.

On yet another beautiful Saturday afternoon for footy at Blacktown International Sportspark the first few minutes saw it go from end to end. After locking it in our attacking half, Max Heath kicked the first goal of the contest nine minutes into it.

After a brief tussle which saw both teams miss chances, it was the Giants who kicked their first, eight minutes after Heath’s opener. From there they continued to press, missing the next chance but kicking their second goal of the match 23 and a half minutes in.

The last few minutes of the term were played in our forward half. However we only managed to kick three behinds as GWS went into the first break with a one-goal lead.

GWS started the second quarter very quickly, kicking 13 points, including two goals, inside the first five minutes to extend their margin to 19.

The next nine minutes saw our defence stand tall as the Giants continued to press inside their attacking half even more. But Lowe was able to kick his first at the top of the square to cut the margin to 13 points.

Three minutes later Sharman was on the end of a nice Jack Bytel set up as he kicked his first to get the margin down to single digits. Near the start of time on, the Giants responded to get it out once more to a double digit lead.

The start of the second half saw the ball held in our attacking half for the opening 10 minutes. At the eight minute mark Sharman latched onto a loose kick from a Giants defender and slotted it through the big sticks to give us the first of the term.

It then went from end to end for a brief period before GWS moved it quickly from defence to attack to kick the second of the term 13 minutes into it. From there it became a much tighter contest.

Despite it being tighter the ball was predominantly locked in our forward half. Their defence stood tall though and only conceded one behind at the start of time on.

GWS kicked a late behind before we created a very small final chance. However the siren rang to end a much scrappier third term as we went into the final break with a 20-point deficit once more and needing a massive last quarter performance.

We started the final term in perfect and lightning quick fashion, with Kent getting on the end of a Sharman inside 50 inside the first minute. He converted the set shot as we cut the margin back down to 14 points.

The next few minutes saw most of the play in our attacking half once more. Six minutes later Kent was set up by Jack Peris and snapped truly for his second as the margin got down to single digits for the first time since time on of the second term.

GWS got the next few chances after starting to up their game, missing one but converting a snap as they got the margin back out to 15 points at the 12 and a half minute mark.

We started to get back on top and created more chances. Sharman took a solid grab inside 50 after a nice Nick Hodgson set up and converted to slice the margin down to eight points three minutes after their first goal.

The Giants had control in their attacking half after Sharman’s third goal. But after we transitioned it from defence and got an inside 50 stoppage at the start of time on, Jack Bytel roved the Chris Carey tap and snapped truly to make it a two-point ball game.

It was a tense final few minutes to end a fantastic contest. They had a chance to get that eight-point lead back at the 22 minute mark however they missed and extended their advantage to only three points.

The ball once more was made its way our attacking half for the next few minutes following that behind. However despite creating plenty of chances we only kicked the three behinds to tie things up at the 27 minute mark.

It then went down to their attacking half for the next three minutes, but our defence stood as tall as it had all day. We had one final thrust into attack but failed to get any score as the final siren sounded to signal a draw.