Sandringham have gotten their second win of 2022 at Trevor Barker Beach Oval against a fast-finishing Gold Coast outfit. 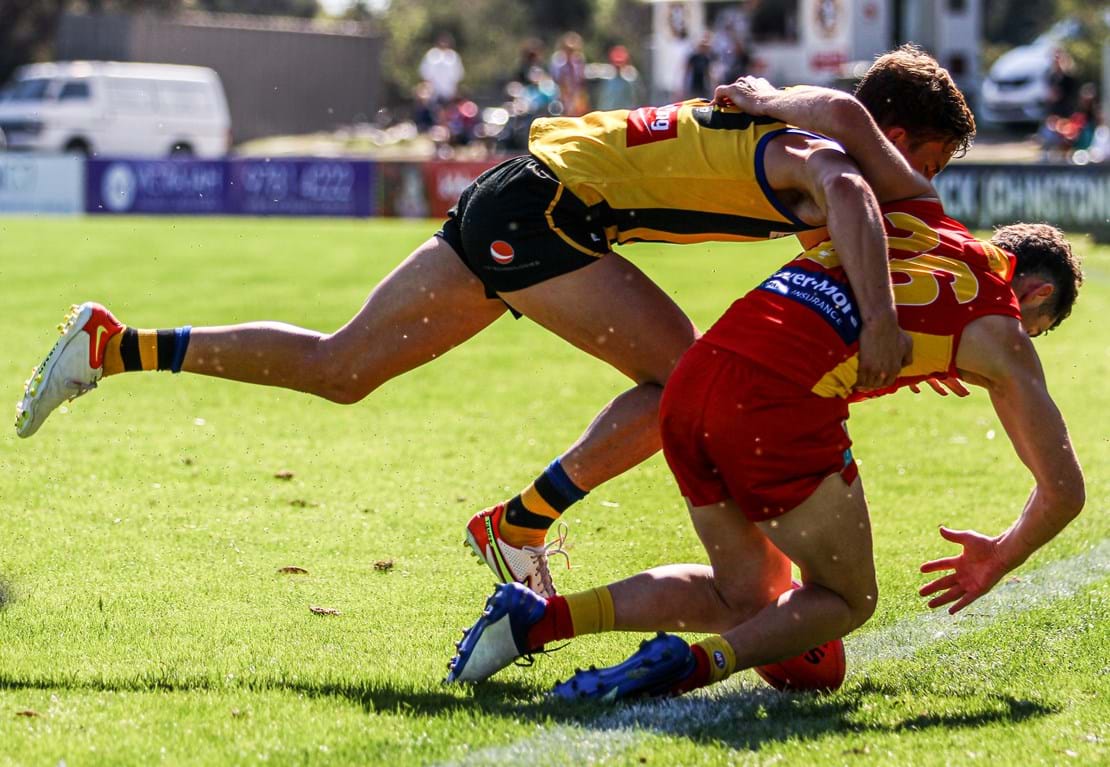 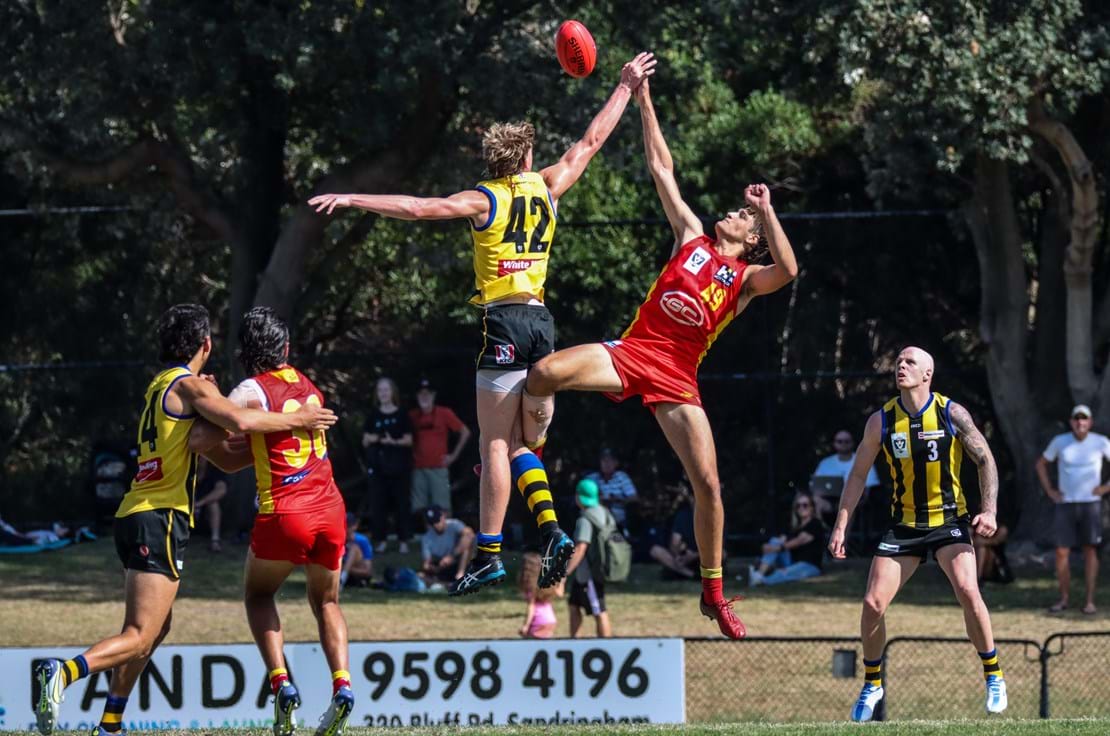 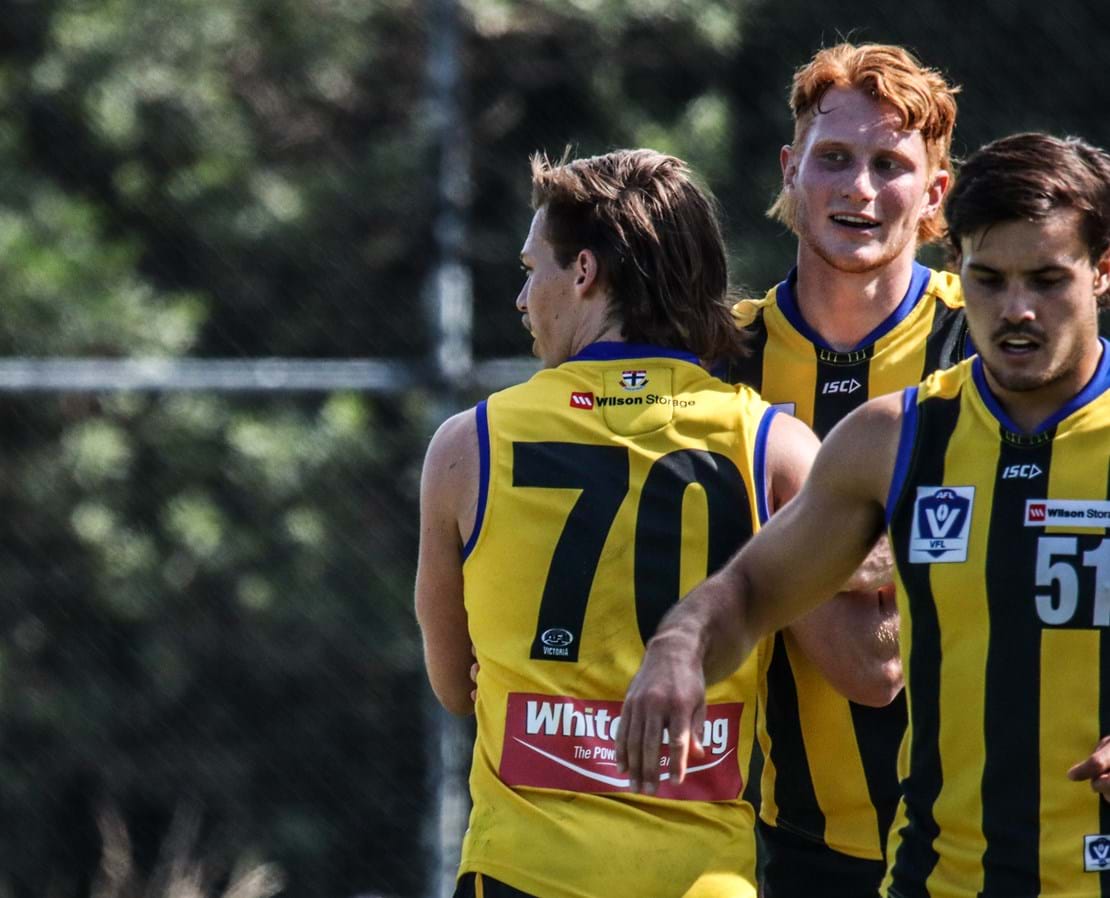 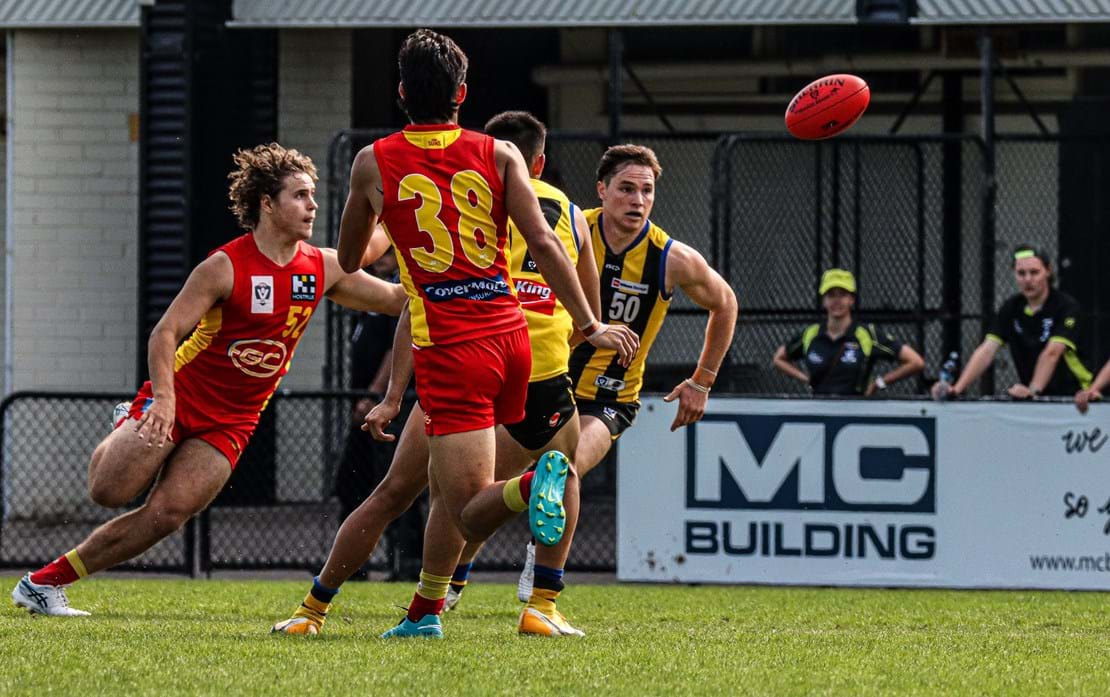 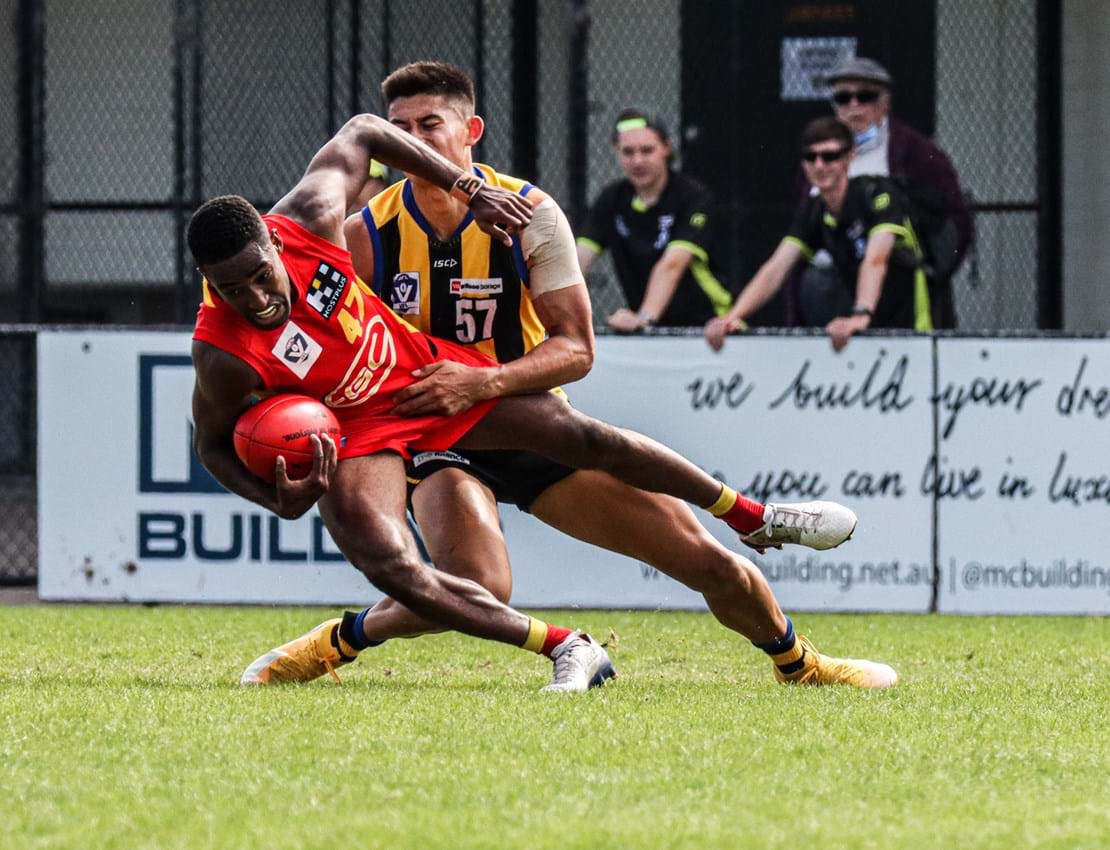 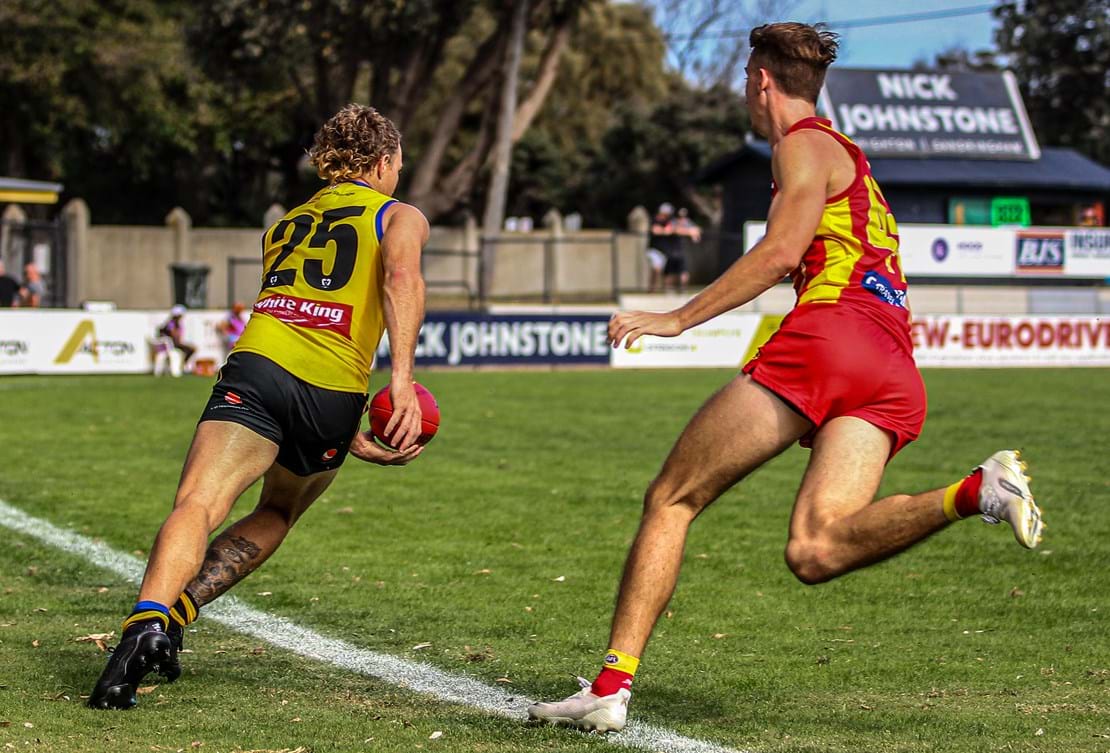 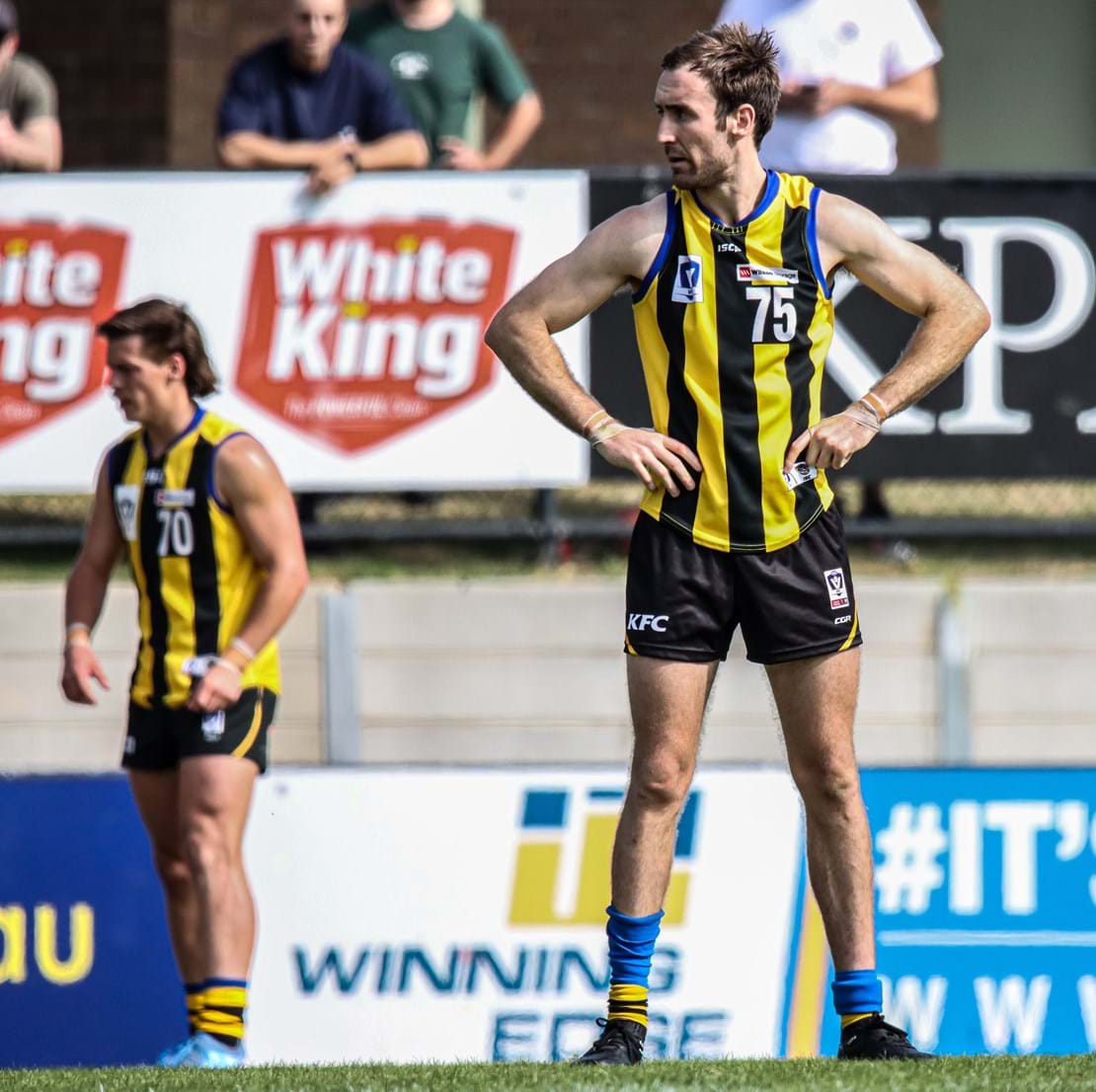 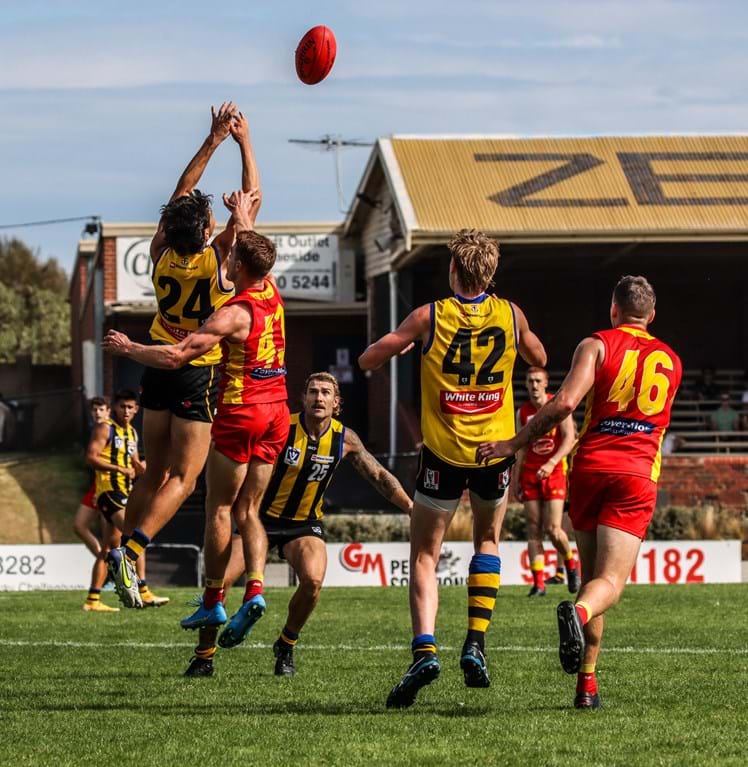 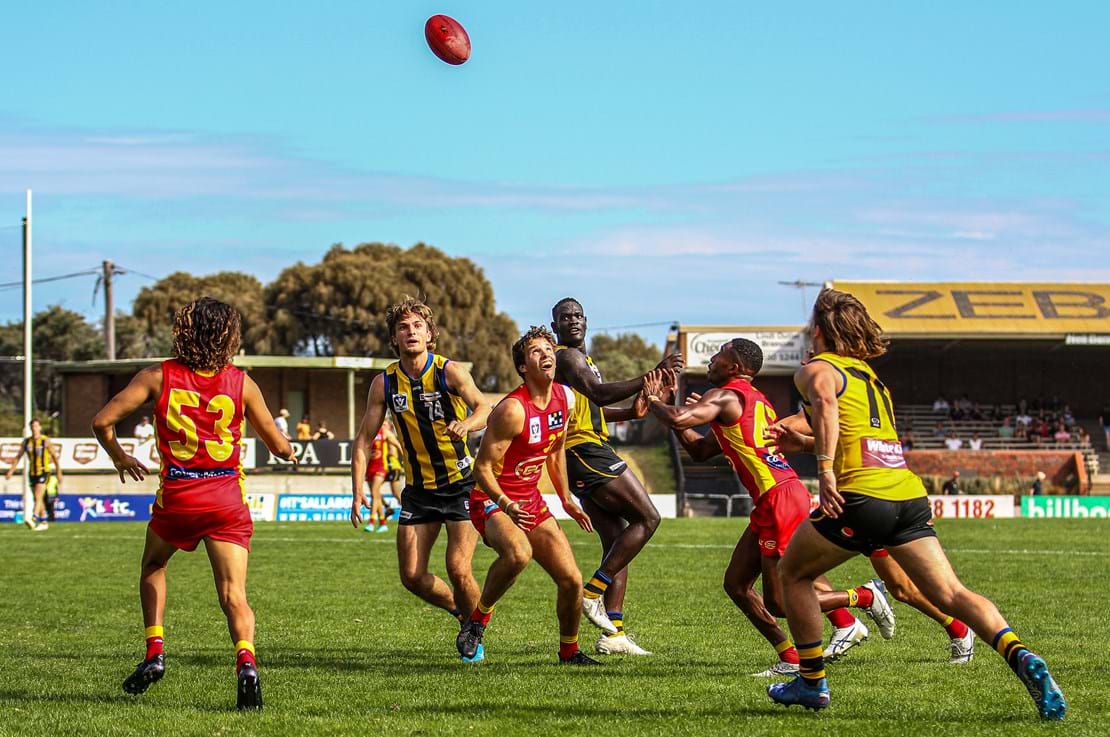 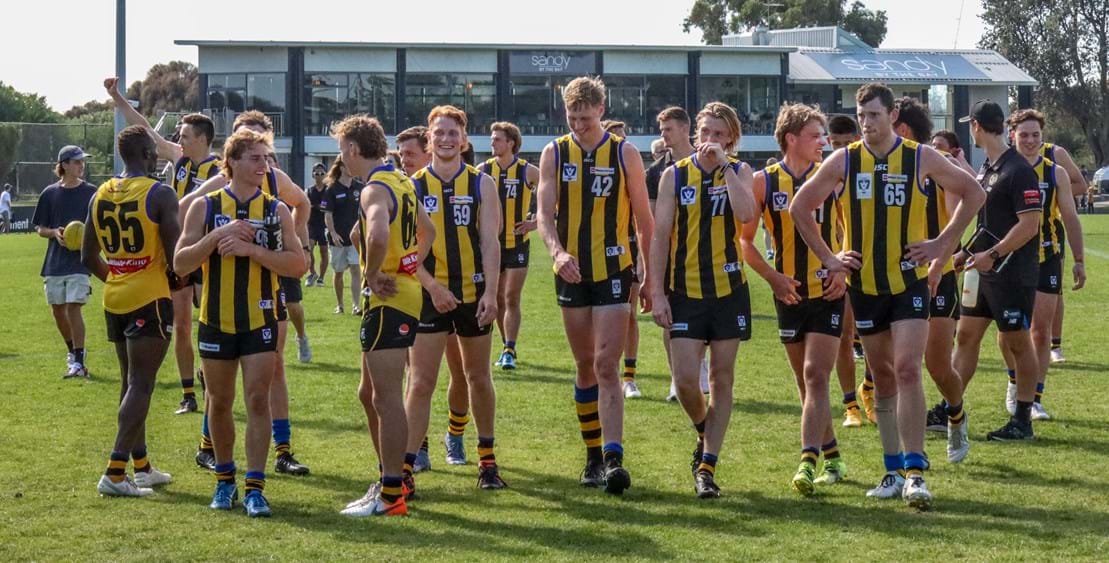 Up against a Suns side that bolstered 18 AFL-listed players, they came home in fast fashion but we managed to hold on and get another win at home.

There were plenty of terrific performances on the day, including by debutants Oliver Lowe and Blake Watson.

Watson provided plenty of x-factor and class in the midfield and up forward, creating plenty of chances, kicking two goals and collecting 20 disposals, 14 kicks and three clearances.

Lowe was an excitement machine up forward, kicking three goals from only nine disposals and acquiring nine marks. He led the goal kicking on the day for us, alongside big men Max Heath and Chris Carey.

Heath was one of the better performers among the AFL-listed players, also getting 28 hitouts, 16 disposals and four clearances. Zak Jones returned for his first game of 2022 and had a successful return, getting 28 disposals plus a game-high nine clearances.

It was a beautiful day for footy on Easter Saturday on our home deck. The sun was shining, there was no wind and barely a cloud in the sky.

Captain, Anthony Seaton, won yet another toss and elected to kick towards the grandstand end of the ground. Chris Carey got us off to a lightning quick start with the first goal of the match, one and a half minutes into the game, before Gold Coast responded with their first goal.

The ball was locked in our attacking half after that goal for the next few minutes before Lowe pulled off a nice checkside for his first goal for us and our second of the match.

We continued to press hard once more but failed to convert a few chances. However Darby Hipwell slotted through a set shot 13 minutes into the match to extend the margin out to 14 points.

Matthew Allison then kicked our third consecutive goal four minutes later before Watson snapped truly at the beginning of time-on for his first goal for us. A minute later Carey got his second as we now led by 32 points.

The Suns then got the quick reply at the 22 minute mark before Carey managed to respond with his third of the term three minutes later. However they kicked the final two goals of the term at the 31 and 33 minute to cut the deficit to 21 at the first break.

Both sides missed chances early on in the second before Gold Coast kicked their third consecutive goal at the three minute mark. They continued to press before kicking the second of the term three minutes after their first, with the margin now down to eight points.

Just before the nine minute mark, Goy Lok took a strong grab and converted to settle the nerves. The Suns continued to press hard and kicked their third of the term at the 12 minute mark.

We started to even things out after that goal and create chances of our own. It was then Watson who took a great diving mark and kicked his second to extend our margin once more.

Gold Coast responded one minute before time on before the contest became fairly even during the last few minutes. Both sides had late chances but didn’t take advantage as we took a 10 point lead into the main break.

We once again got off to a quick start in the second half through Max Heath’s first goal two minutes into the term. However Gold Coast kicked the next two goals of the match in the next seven minutes to shrink the margin to four points.

The game became slightly more contested following that goal. But at the 17 minute mark Nick Hodgson set up Lowe with a nice inside 50, who slotted the set shot for his second goal of the match.

Right on the cusp of time-on, Heath managed to kick his second of the term as our 16-point advantage was restored. The Suns then kicked their third of the quarter 21.5 minutes in before Jack Bytel once more snapped truly to give us back our double digit lead.

Gold Coast pressed hard late on in the term to try and reduce the margin. However they finished it with only four behinds as they made it a two-goal ball game heading into the final break.

At the start of the fourth it was the Suns who hit the ground running. They kicked the first of the term less than a minute and a half into it before kicking their second of the term, right before the five minute mark, to level things up.

Both sides had their chances to gain a handy lead but yet again failed to convert. At the 11 minute mark, Dean Kent took a good mark on a tight angle inside 50, splitting the middle and giving us that one goal advantage.

We once more continued to press with momentum on our side before Heath slotted another set shot and his third of the match 16 minutes into the term to give us a 13-point advantage. However, Gold Coast wasn’t finished yet.

They kept it in their attacking half after that goal, but we still stood firm. The Suns then broke through our defensive wall and kicked two in two minutes between the 25th and 27th minute as we held a two point advantage.

Nearly a minute after the second goal, Hodgson came up with a massive smother in the centre square, with Cooper Sharman latching onto the loose ball and setting up Lowe inside 50 for the mark.

He kicked truly a minute before the siren sounded to give us an eight-point victory.