Zebras come off second best at the 'G

Sandringham have gone down to the Box Hill Hawks in our return to the MCG on Sunday afternoon. 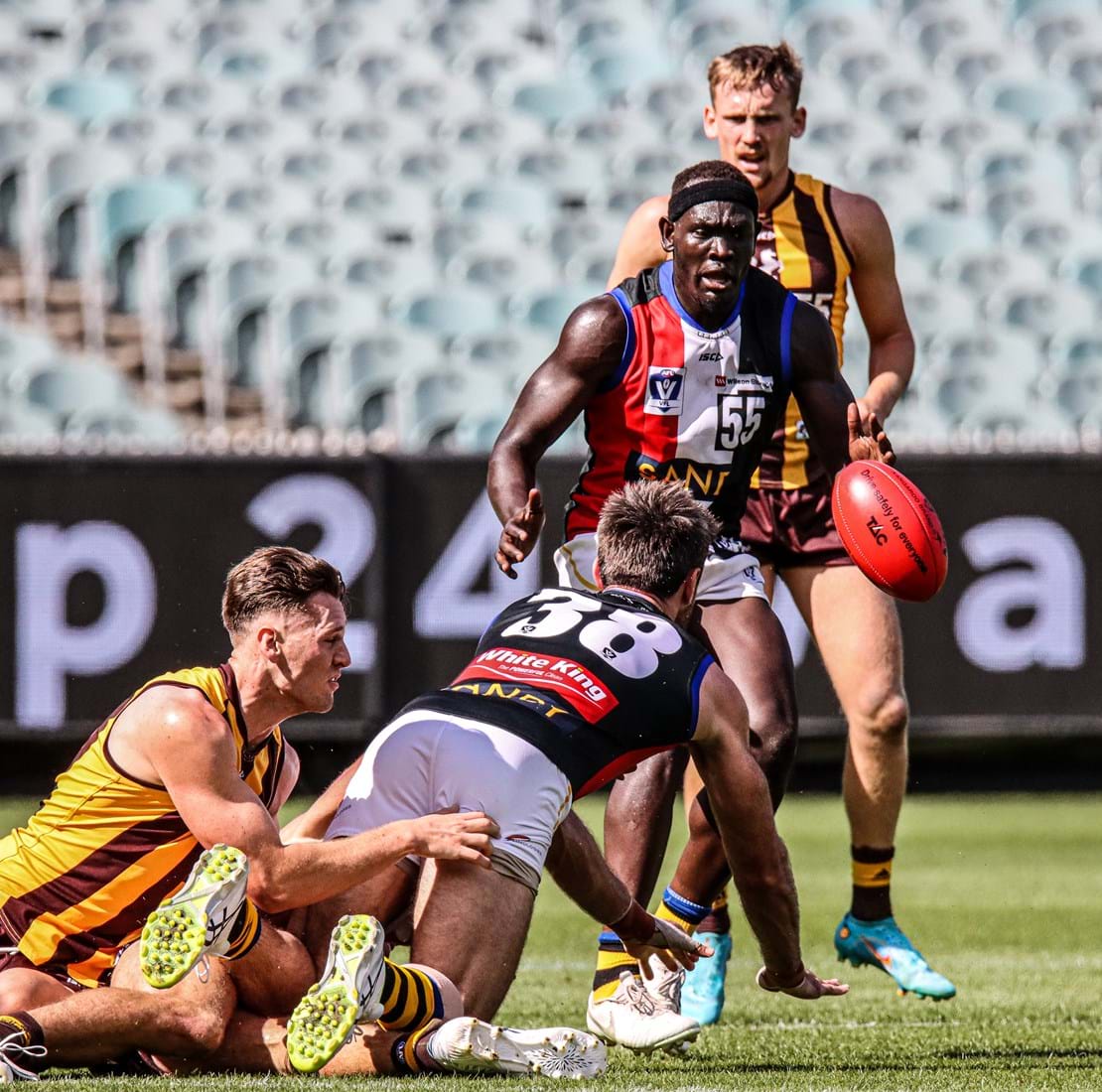 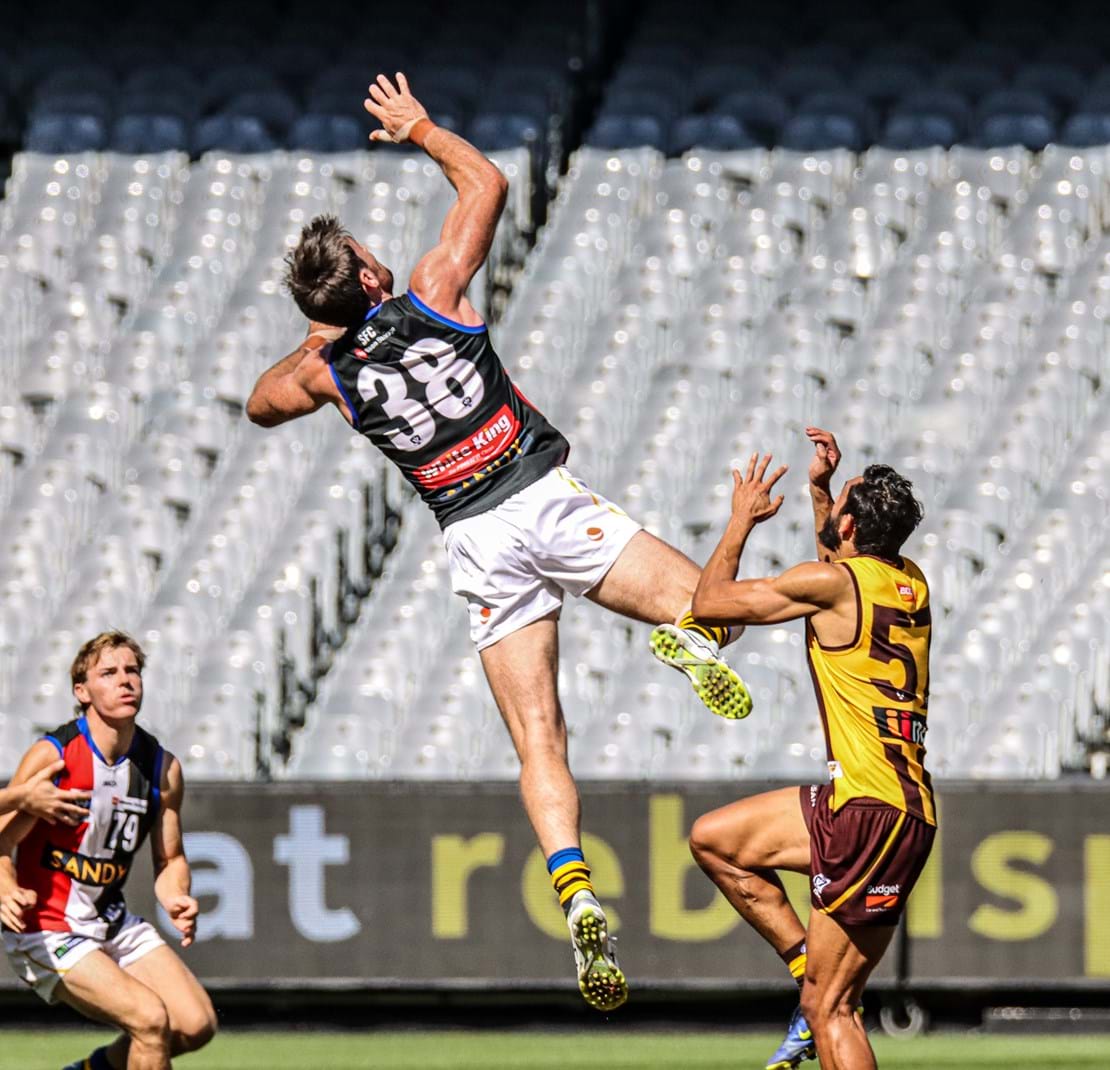 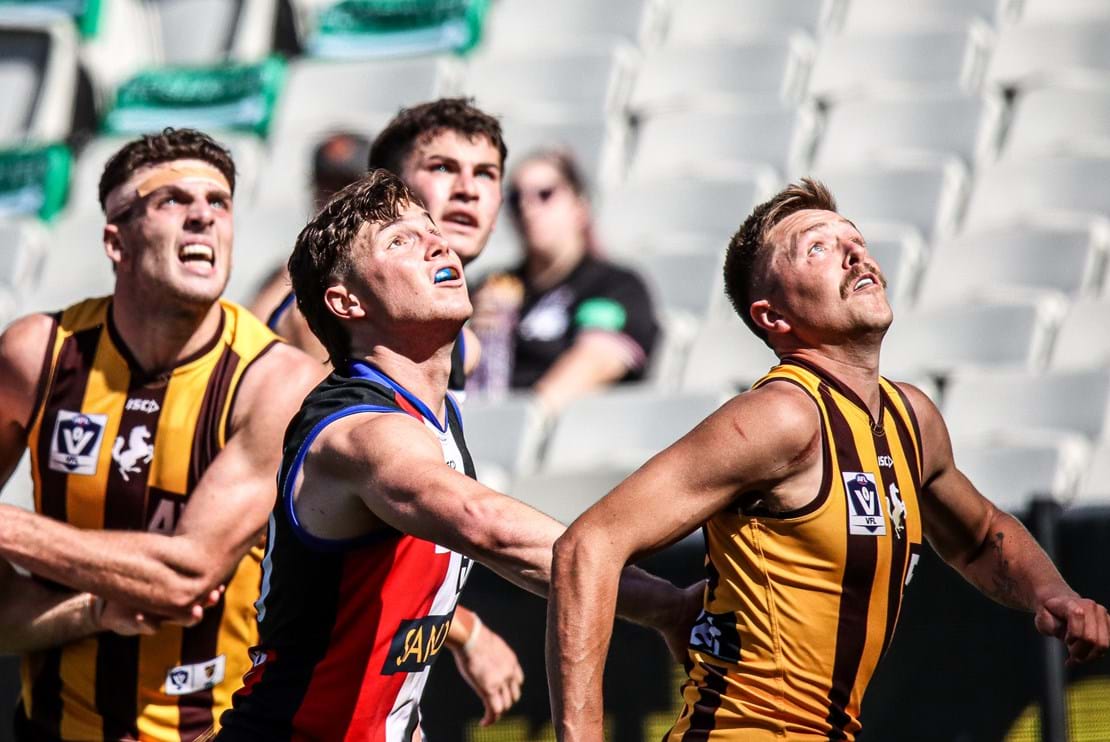 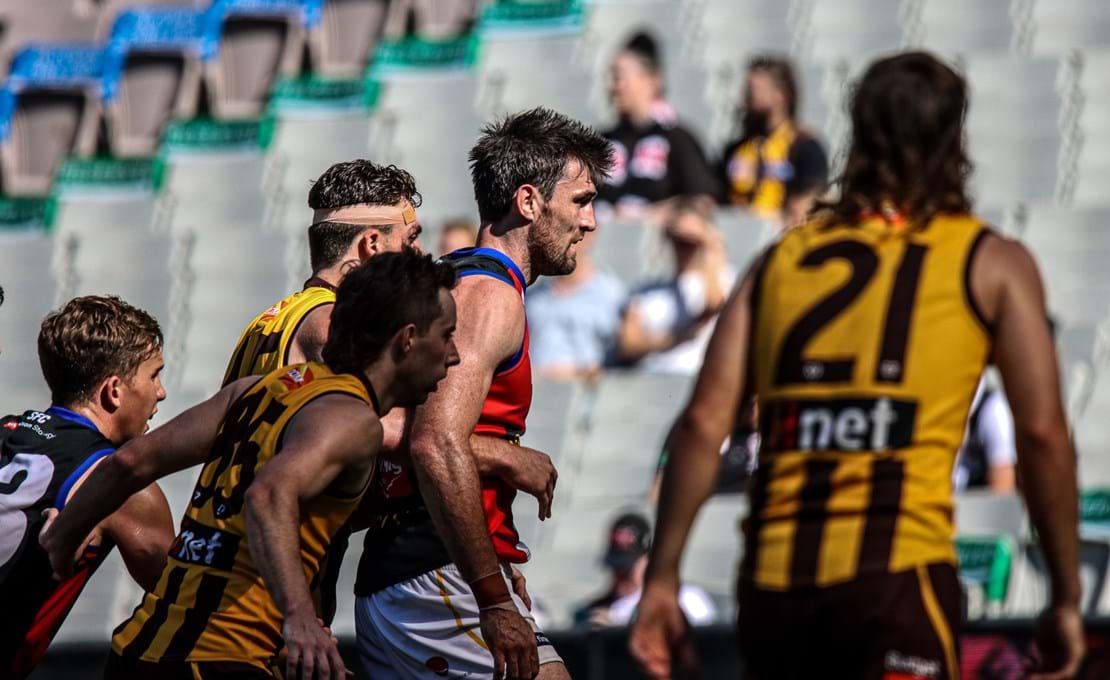 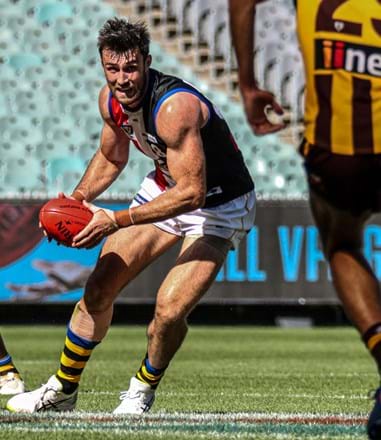 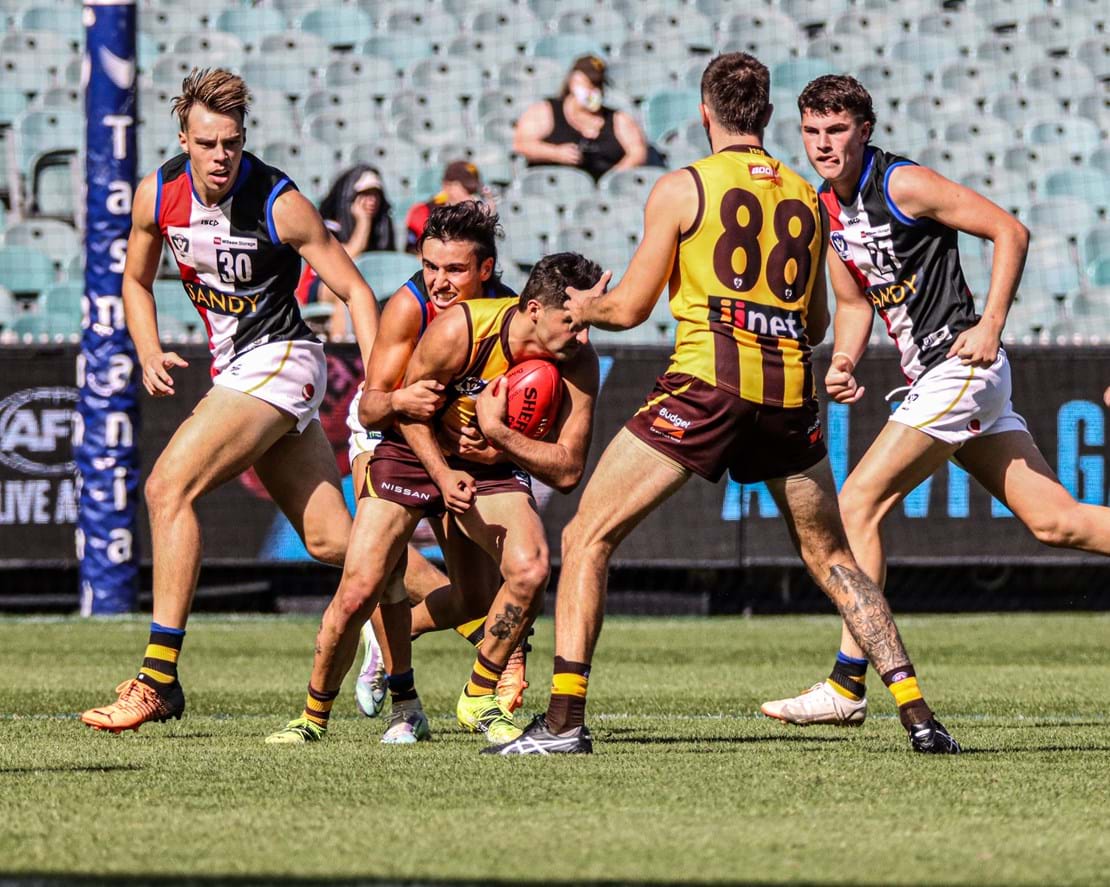 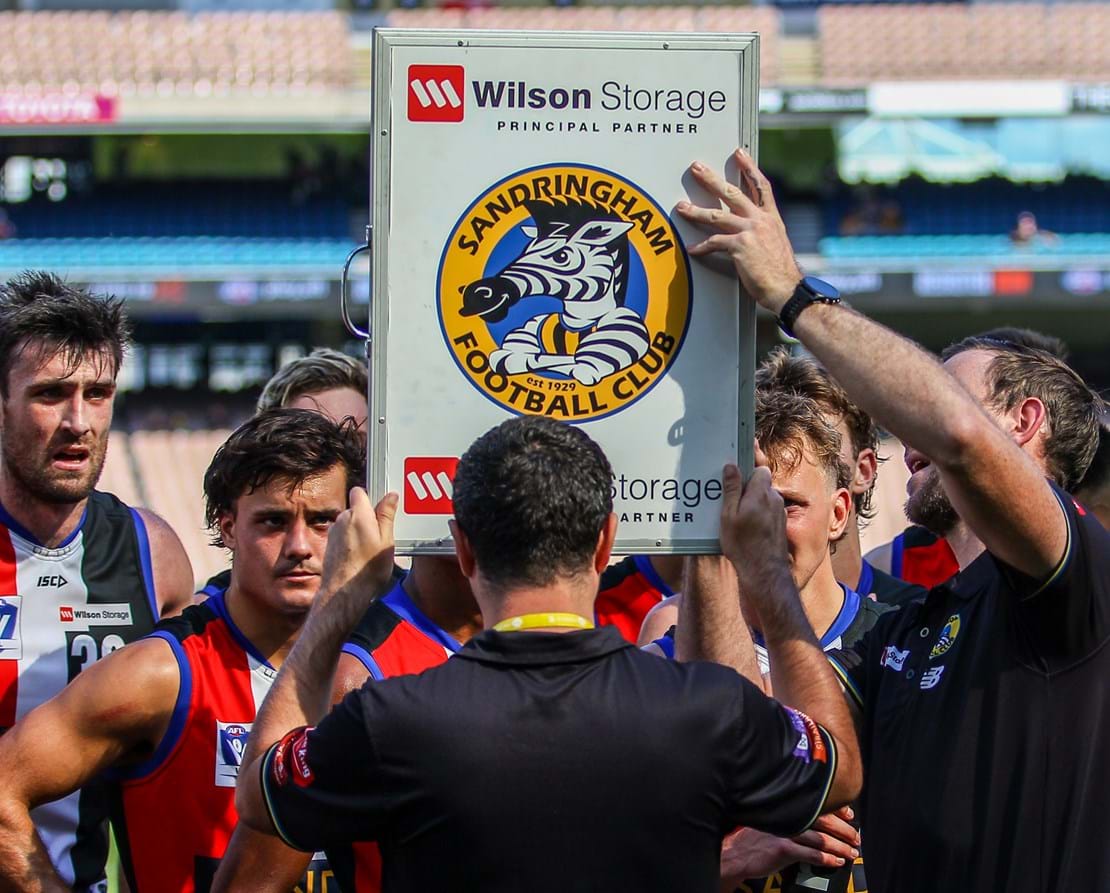 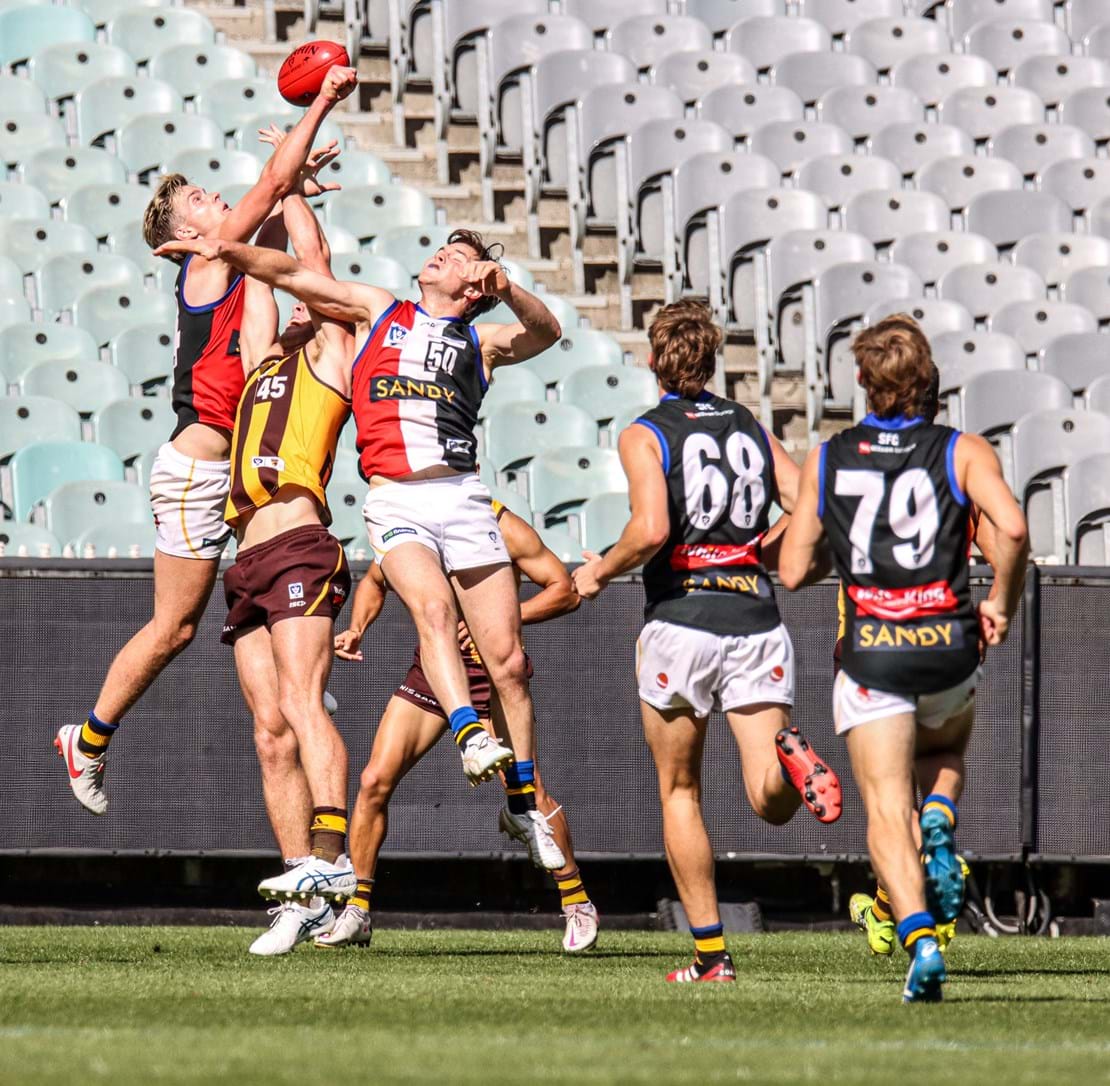 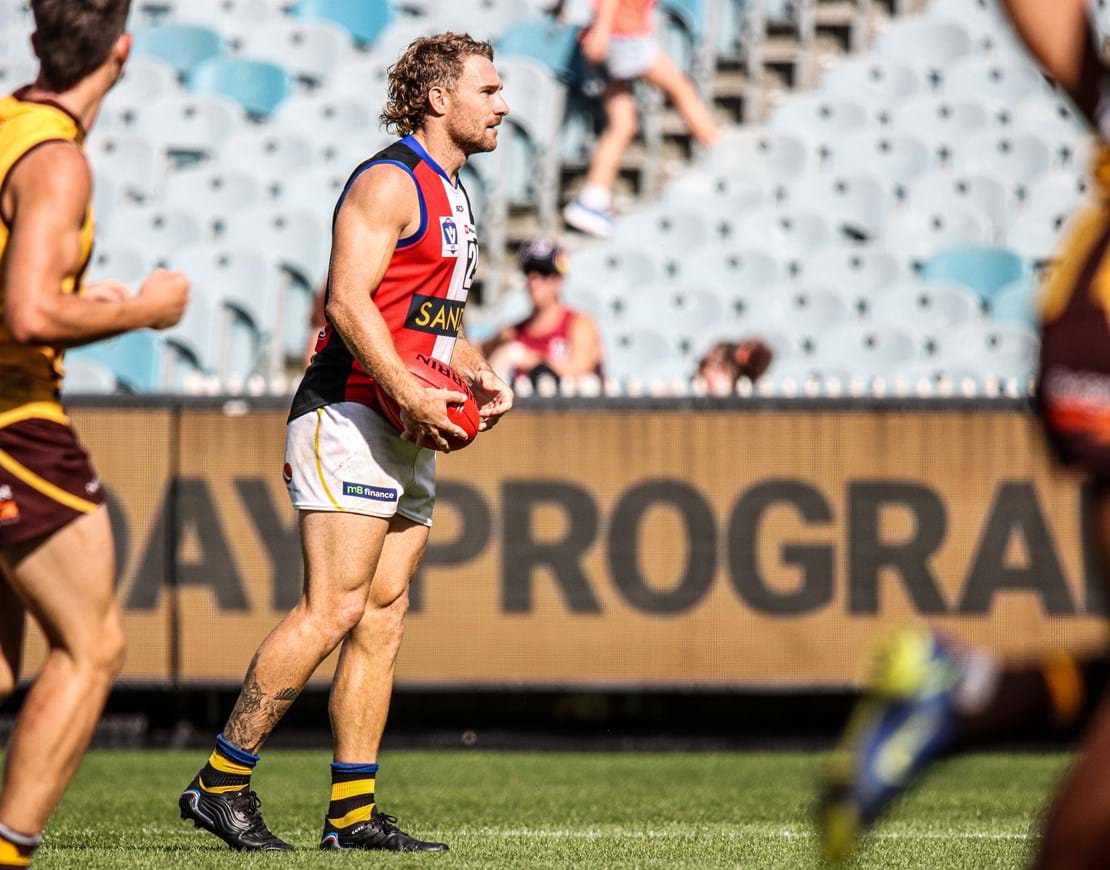 In our first game at the MCG since 1961, we fought until the final siren but in the end the Hawks were too strong for us as they ran away with a 43-point victory.

There were some shining lights for us though. Playing coach, Sam Dunell, was a constant presence and threat up forward, kicking a goal, creating plenty of chances, and acquiring 12 disposals plus six marks.

In his second game for Sandringham, Nick Hodgson continued to impress in the midfield, collecting 15 disposals, four clearances and a team-high five tackles.

It was a perfect day for footy at the ‘G, with barely a cloud in sight and the sun shining. At the start of the contest both sides missed early chances to get the first goal of the contest.

13 and a half minutes into the term, the Hawks kicked the first goal of the match. Following that goal we started to lock it in before it started to even out as we headed into time on.

Two minutes into time-on the Hawks kicked their second of the match from the boundary as they ended the first term with a two goal advantage.

It was a quick start for Box Hill in the second, kicking the first goal inside the first two minutes. The next few minutes saw the ball mostly in our forward half but we still couldn’t take advantage of our opportunities.

Five minutes after they scored their first of the term, the Hawks then went down the other end to score another and their second of the term before the contest started to sway between each side's attacking half.

After both teams missed a few chances late in the quarter, it was Box Hill who kicked the final two goals of the term. As the siren sounded for half time we trailed by 34 points heading into the main break.

The third term started with us and Box Hill missing chances yet again to get the first goal of the term. However, seven minutes into the term Jack Bytel managed to receive a handball from Owens outside the goal square and snap truly for our first goal of the contest.

Five minutes later and the Hawks responded from yet another snap to get the margin back out to 35 points. The next five minutes saw both sides once more miss chances to cut the margin or extend their lead.

Right on the cusp of time-on at the 19 minute mark, it was Box Hill who kicked the third of the term. We then responded two minutes later through Sam Dunell’s first goal of the season.

However Box Hill once more responded two minutes later before kicking the final goal of the term as they took a 45-point advantage heading into the final quarter.

We got off to a lightning quick start, with Max Heath kicking the first goal three minutes into the final term. Kent then snapped his first goal of the day after eluding Hawks players 15 metres out less than two minutes after Heath’s goal.

The Hawks responded, kicking three goals in four minutes between the seventh and 11th minute to give them a game-high 50 point advantage.

A minute after their third consecutive goal, Kent marked after a strong lead inside 50 and kicked his second in a row. Five minutes later Box Hill then kicked their fourth to get the margin back out to 50 points.

Goy Lok managed to kick the final two goals for us in the 19th and 25th minute before the Hawks got the final goal of the contest moments before the final siren rang to signal the Zebs second loss of 2022.