Sandringham are on the board for season 2022, winning in thumping fashion against Richmond. 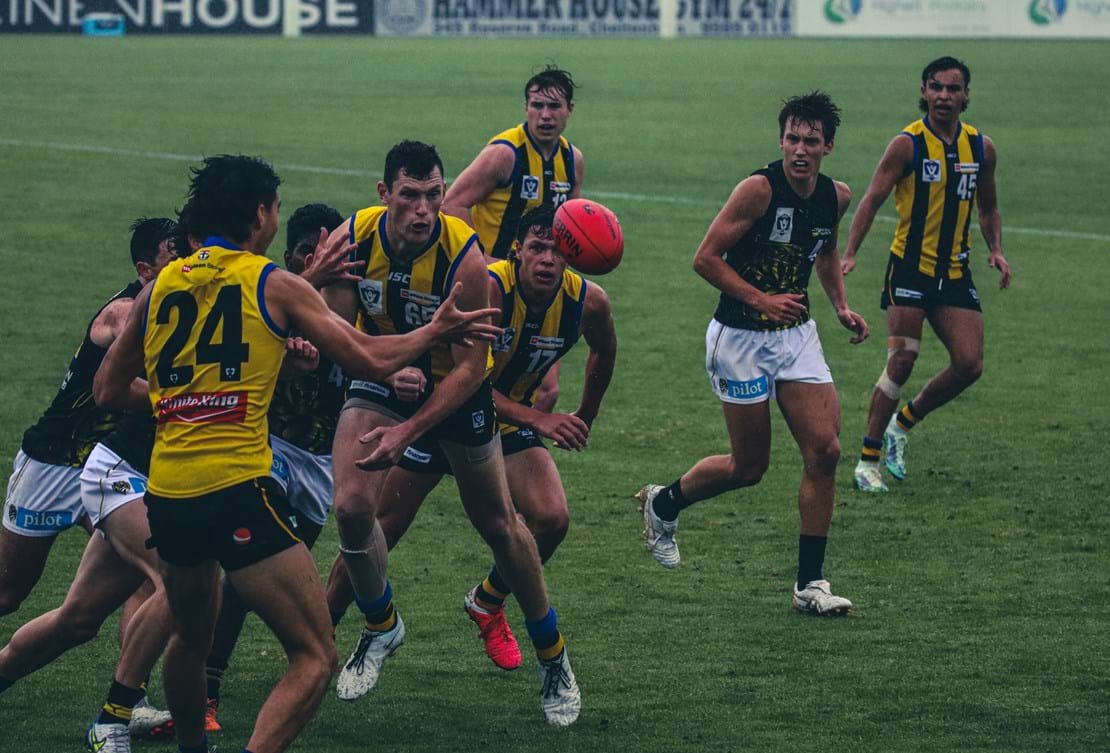 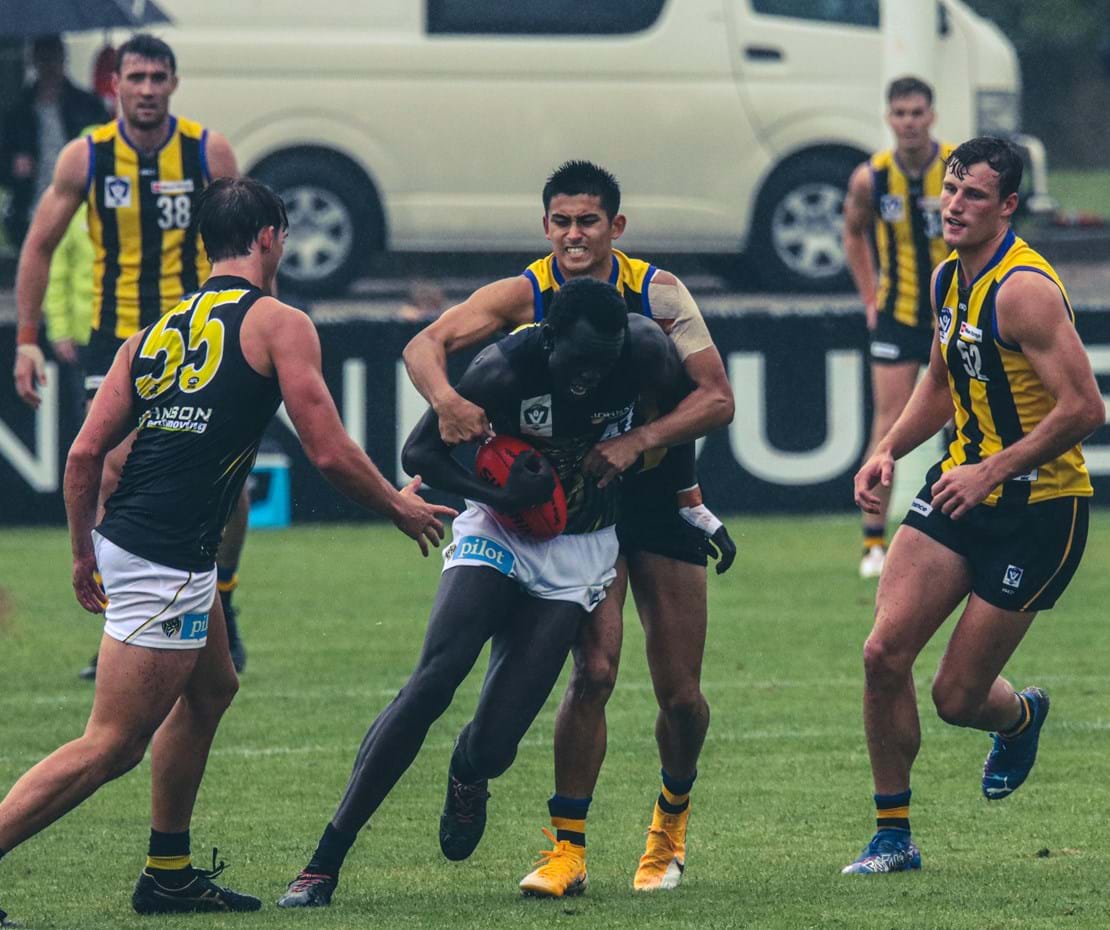 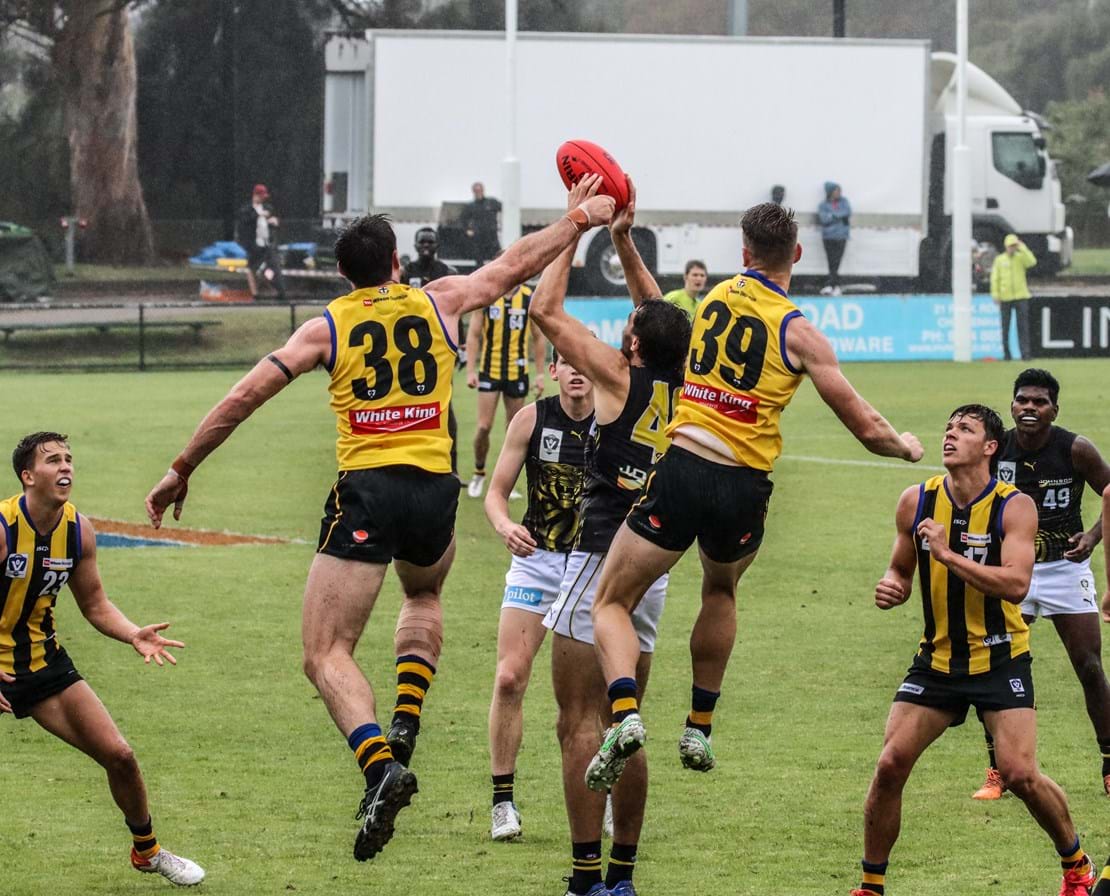 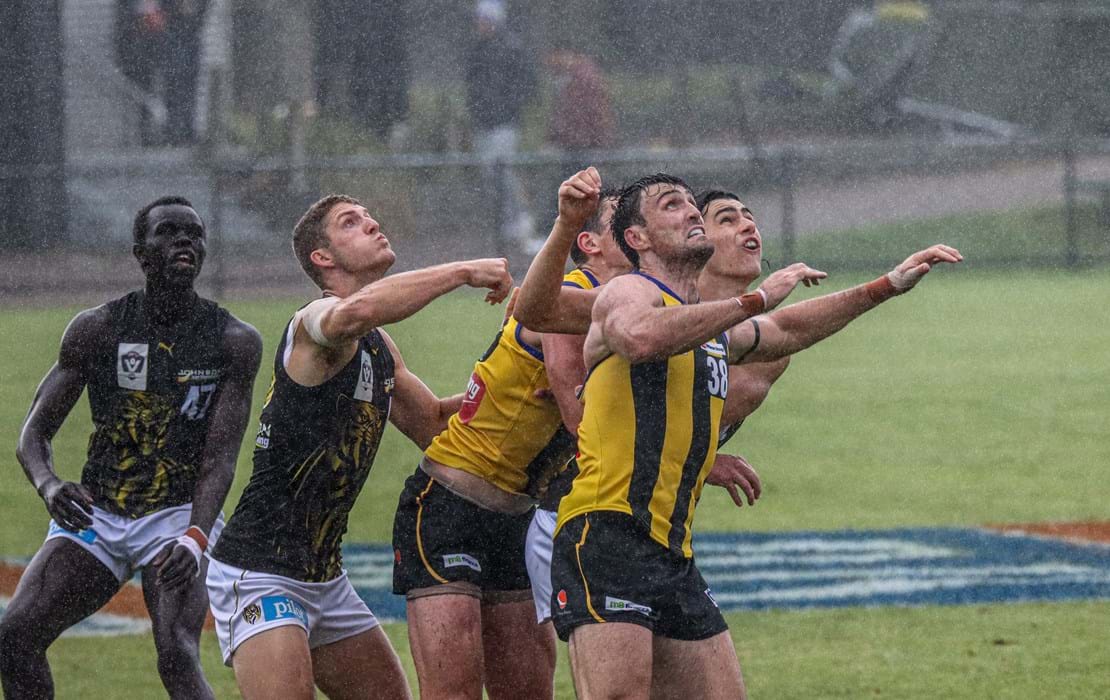 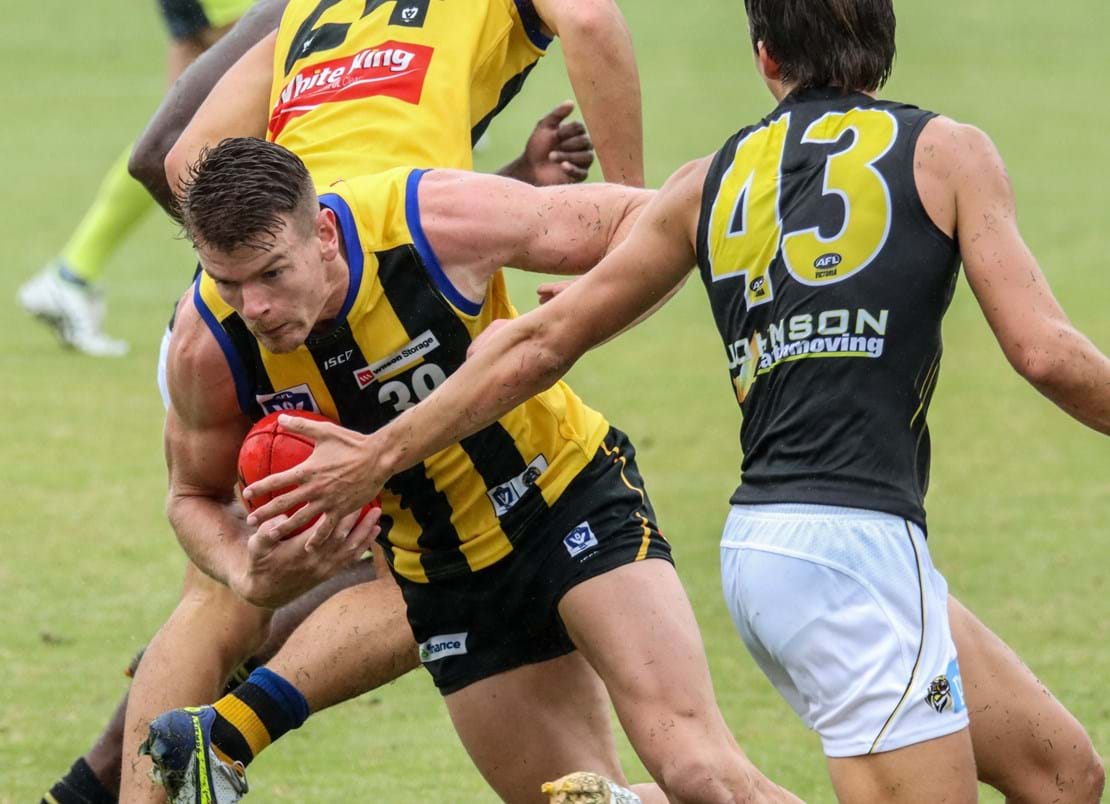 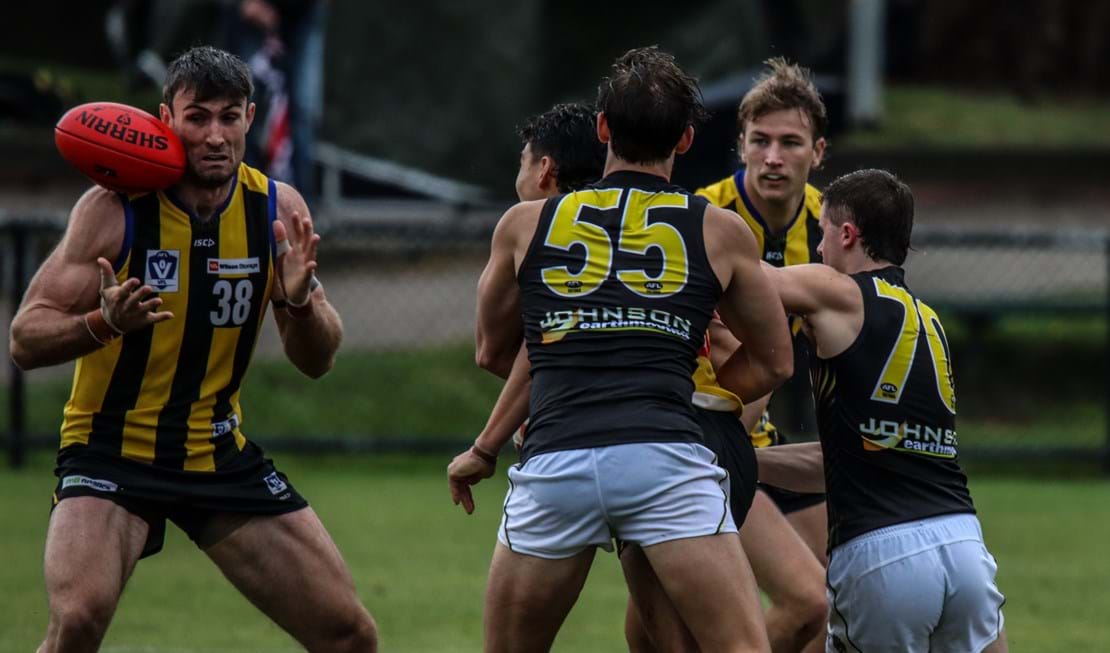 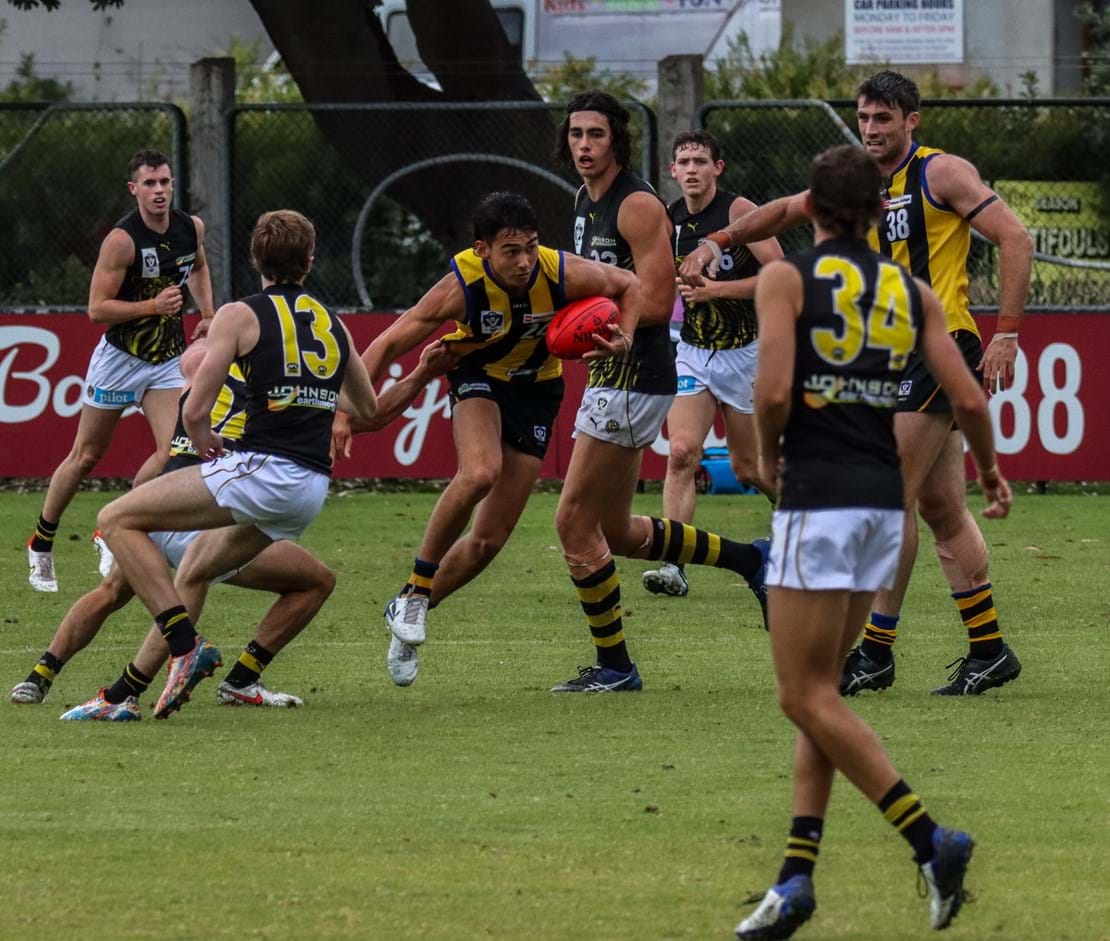 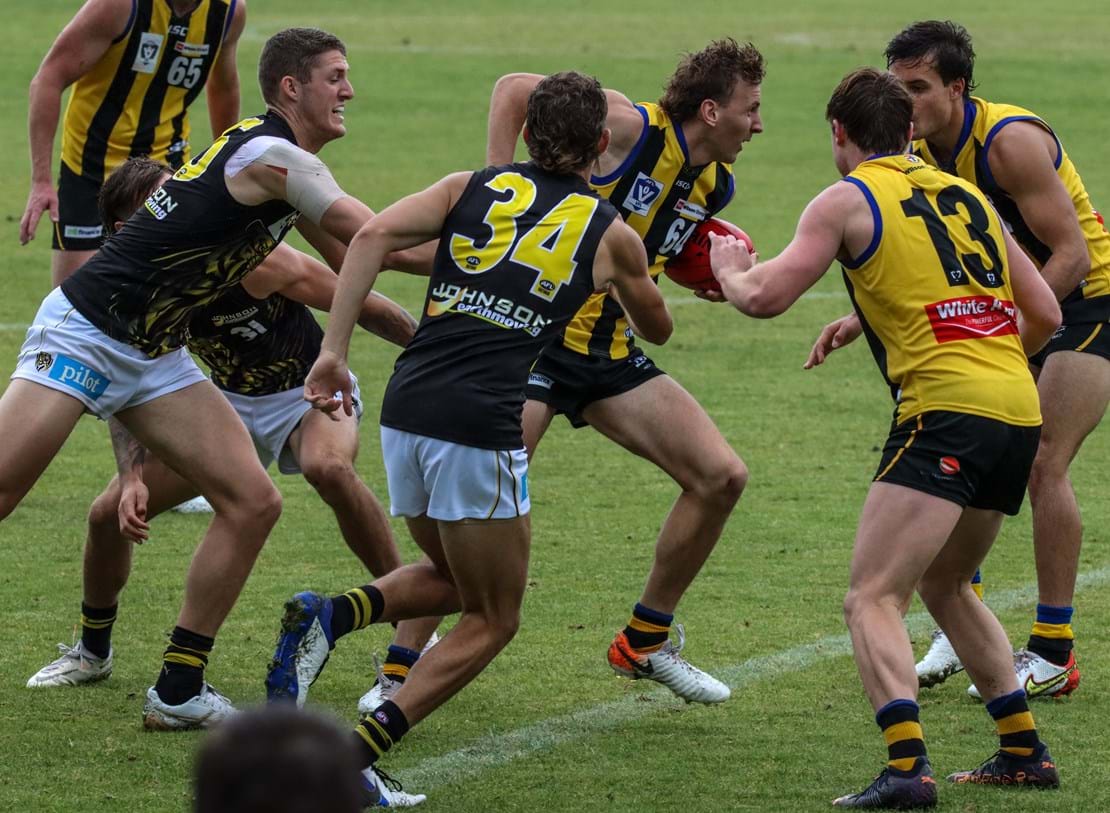 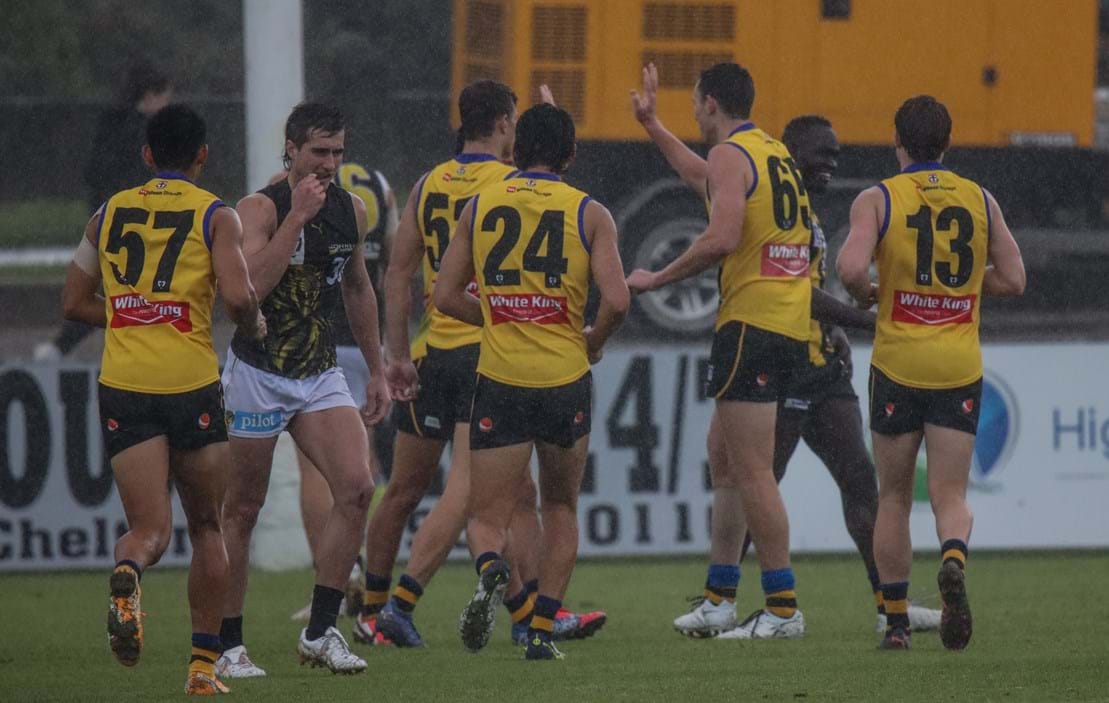 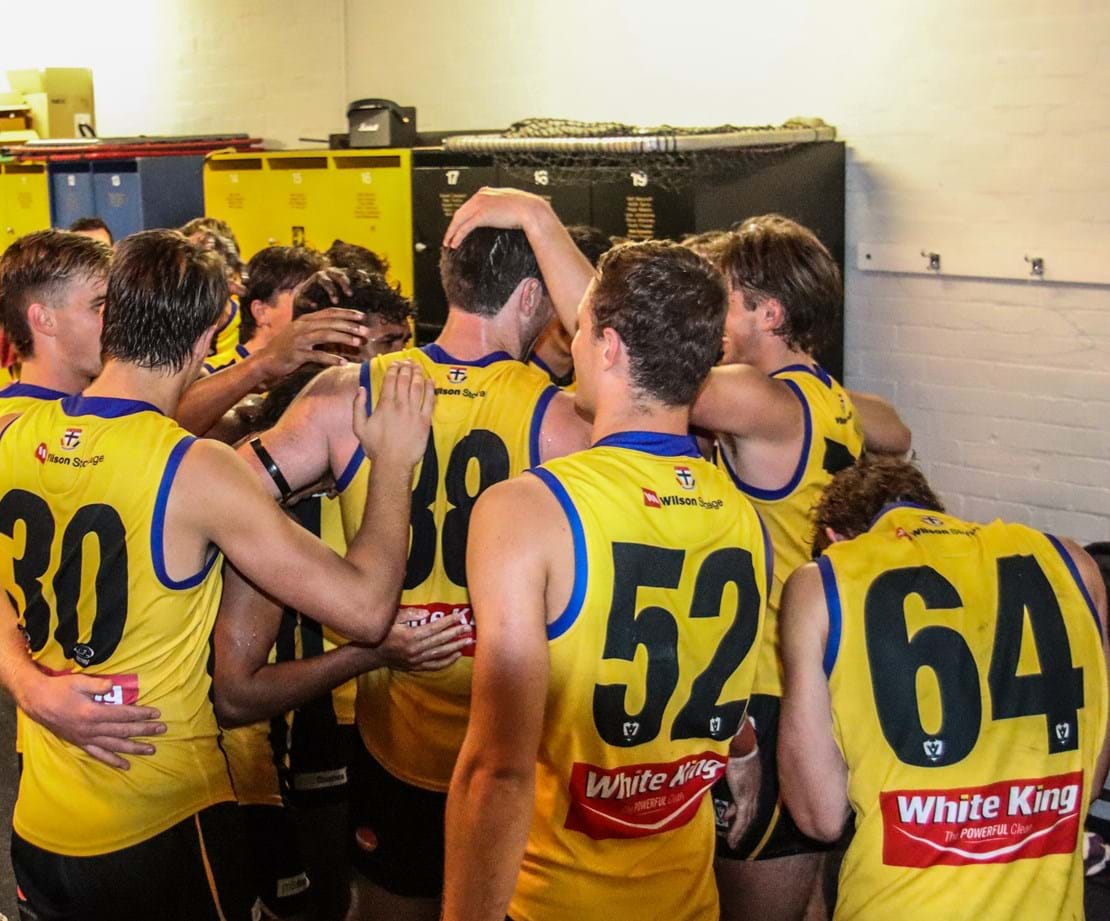 Coming into the game following a massive loss down in Casey, we responded against a Tigers side who had won their opening match against highly-fancied Southport.

Tyson Milne worked hard and provided run and dash off half back, collecting 21 disposals (16 of those kicks) and an equal team-high six marks.

On a wet and cold day at Wilson Storage Trevor Barker Beach Oval, it was Josiah Kyle who kicked the first of the game three minutes into it after a stunning one-hand pick up.

Following a period of slight Richmond dominance, Mitch Owens was on the end of a beautiful set up from Ryan Byrnes to kick his first, and our second, 10 minutes into the contest.

The Tigers once more pressed hard but we stood firm. However, we eventually conceded our first of the term 17 minutes into it.

We then immediately responded just before time on, with Owens kicking his second and Hipwell his first. Richmond pegged one right before quarter time as we took a nine point advantage into the break.

It was a very even start to the second quarter, with Richmond missing an early chance. Five minutes in, Campbell managed to get his first to extend the margin to 14 points.

After Richmond once again worked hard to get the ball in their forward 50, we moved the ball quickly from defence, with Hipwell on the end of a Goy Lok handball to kick his second of the game at the 10 minute mark.

It once again became tight midway through the term, with both sides missing chances through that period. However Lok got a set shot right on the boundary which he converted whilst the Tigers missed two late chances as we took a 25 point lead into the main break.

The start of the third saw Richmond yet again gain more territory but still missing three chances to cut the margin. 11 minutes in and we managed to get it inside 50, with Bytel snapping truly and giving us a 28 point advantage.

Richmond responded with their first four minutes later, before Kyle then responded just before time on. We gained territory once more during time on, with Chris Carey kicking the final goal of the term that gave us a six goal advantage heading into the final quarter.

We immediately kicked into gear at the start of the fourth, with Carey kicking his second in a row. Cody Henness kicked his first four minutes later as we rushed out to an eight goal advantage.

After a tight few minutes which saw the Tigers have slightly more territory, we went forward and kicked our fifth consecutive goal through Campbell, giving us a 54 point lead.

It was even once more before Richmond kicked two quick goals in the middle of time on to trim the margin slightly down. Henness and Windhager then kicked two late ones to give us a comfortable 94-40 victory on our return home.