Zebras bounce back at Coburg

Sandringham are back on the winner’s list with a hard-fought victory over Coburg. 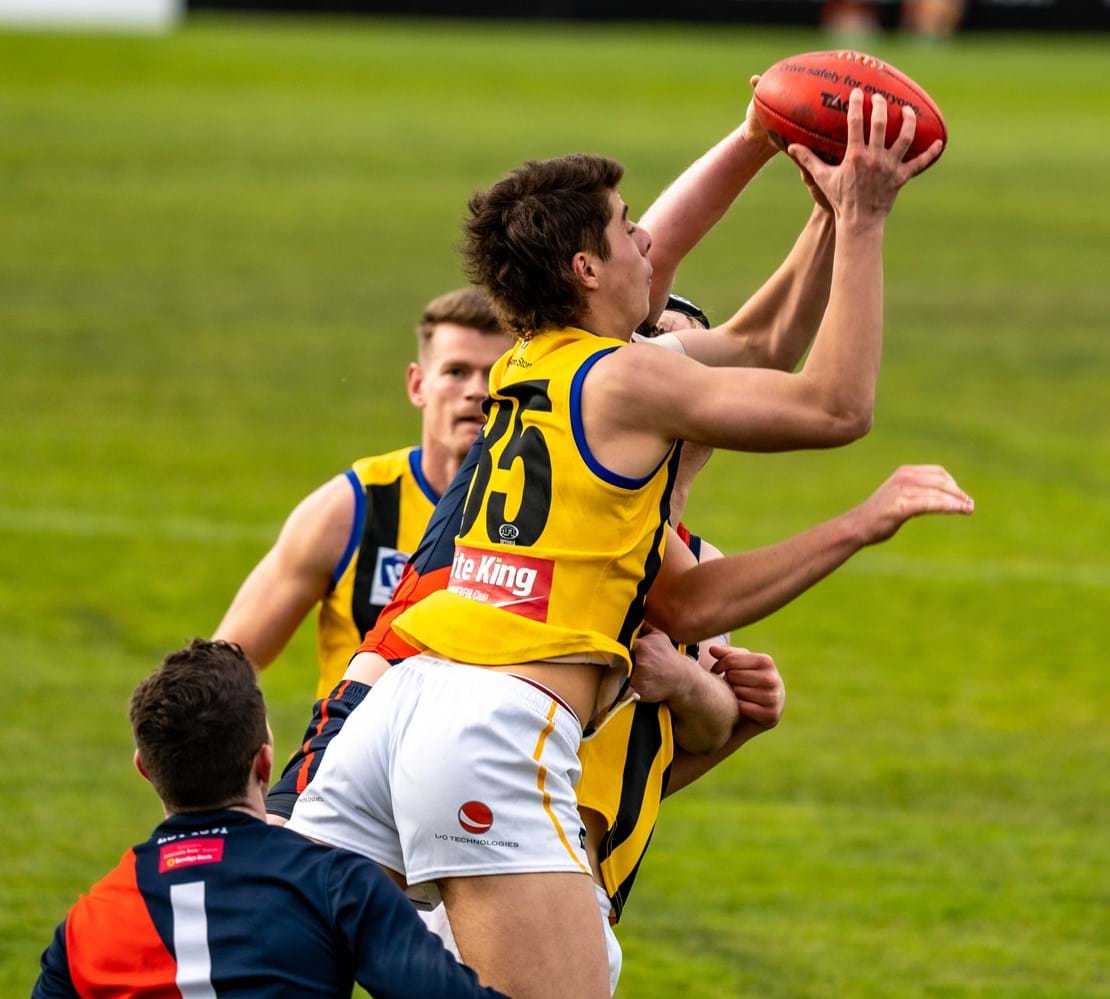 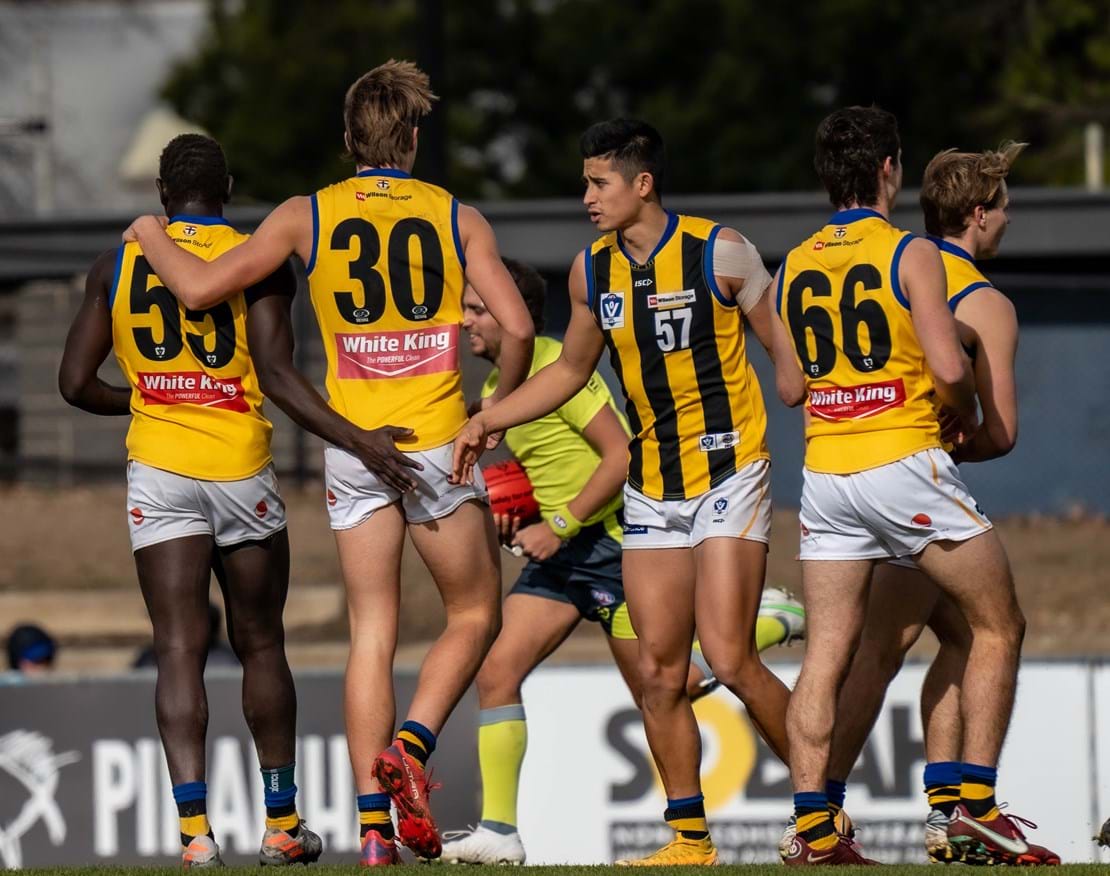 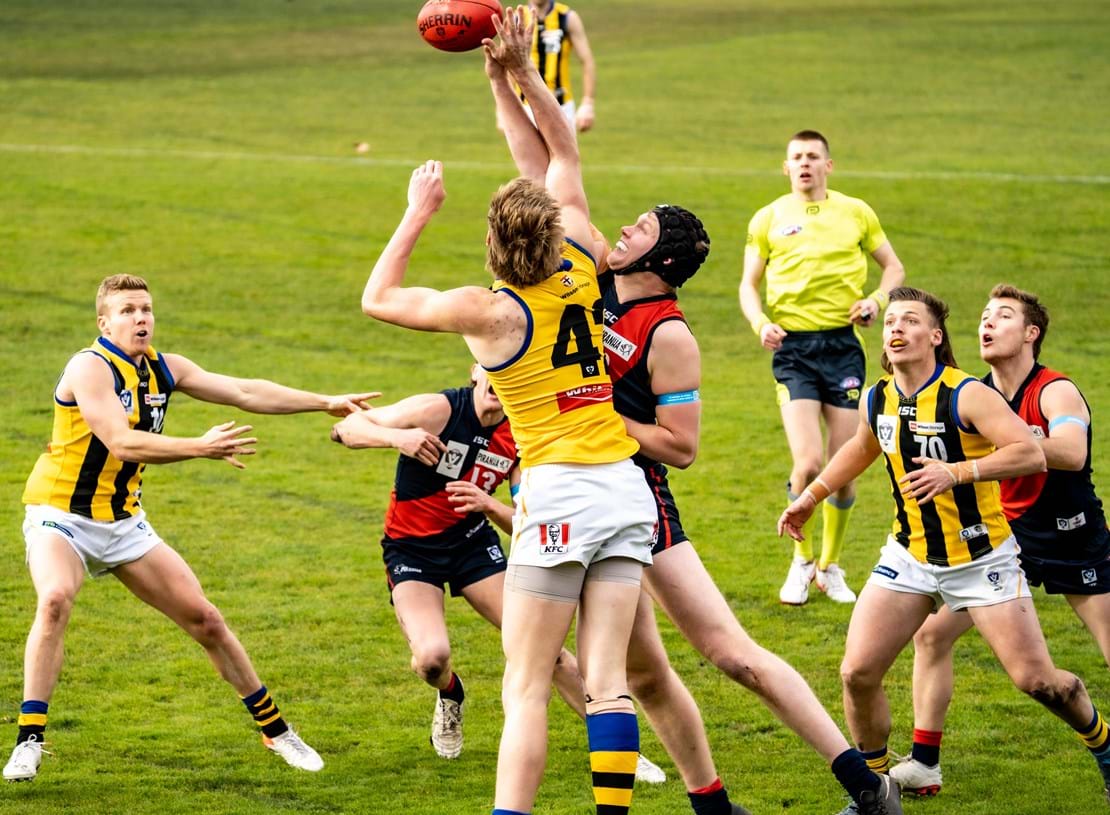 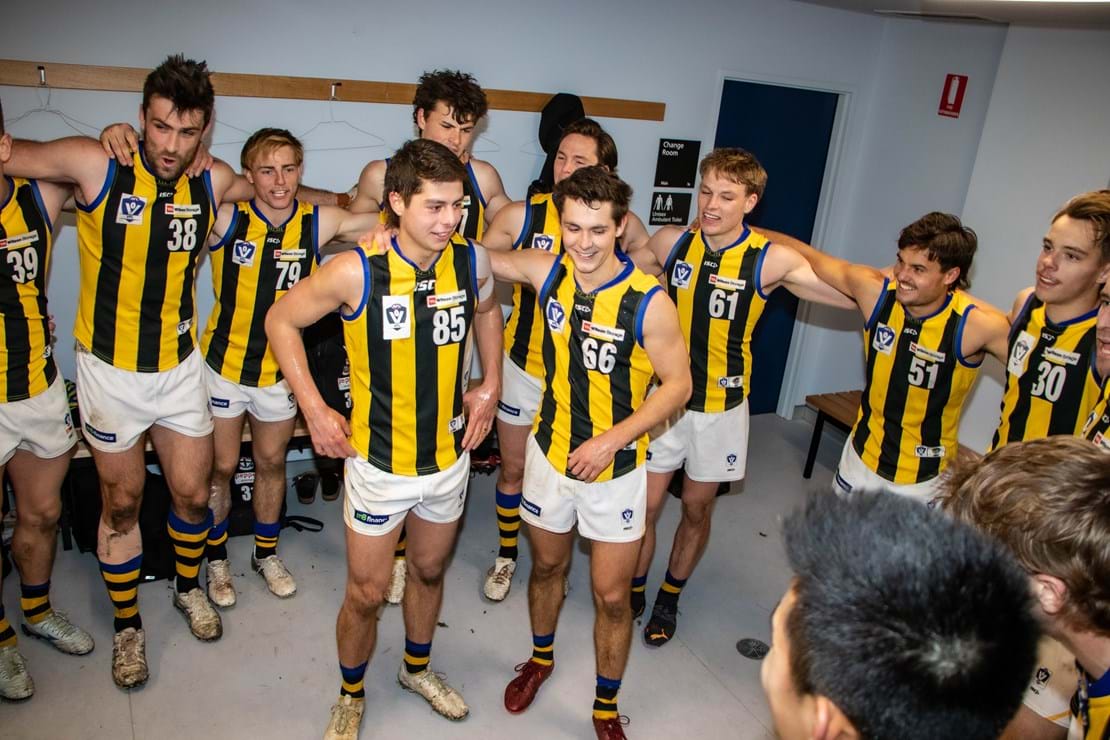 On a cold winter’s day at Piranha Park, with a massive breeze blowing towards one end of the ground, we took full advantage and managed to hold on in the end to record a 28 point victory.

Young forward Ollie Lowe stole the show for both sides up forward, consistently taking strong grabs inside 50 and kicking four goals from 19 disposals and eight marks.

Darby Hipwell and Cody Henness continued to thrive in midfield roles. Both had 27 disposals and six tackles, with Henness kicking a goal and collecting seven clearances.

With a massive breeze heading towards the grandstand end of the old Coburg City Oval, Captain Anthony Seaton won the toss and elected to kick with that breeze.

It only took us three minutes to kick the first goal of the game, with Lowe marking 40 metres out on the slightest of angles and slotting the long-distance set shot.

We continued to press hard with the breeze before Henness got a similar set shot to Lowe, this time on a much slighter angle but with the same result as Lowe’s one.

Less than two minutes later we got a forward 50 stoppage, with Nick Hodgson roving it and snapping through a brilliant finish to give us the first three goals of the match.

The next five minutes saw us gain territory once more before the home side started to fight back, kicking the next goal nine minutes after our third.

We then ended the term with a wet sail as we tried to press home our advantage with the wind. Six minutes into time-on Lowe got another set shot chance, converting to get his second of the term.

Four minutes later Goy Lok then had another set-shot chance from long distance, converting it as well to give us a 29-point advantage heading into the first break.

The second started with the ball predominantly at the grandstand end of the ground once more, this time with Coburg having the advantage. They kicked the first three goals of the term inside the first eight minutes to cut the margin to 11 points.

After slowly starting to gain a bit of territory, we managed to kick the next goal at the 14 minute mark, with Lowe centring the ball to debutant Max Sinclair, who slotted the set shot for a goal on debut.

Coburg then responded two minutes later before it became an arm wrestle for territory and dominance. However it was the Lions who kicked the next goal 25 minutes in to cut the margin to single digits.

As they tried to press home their advantage once more our defence stood firm to give us a handy one-goal advantage heading into the main break.

With the wind at our backs in the third, we got back on top in the territory battle early before Lowe converted another set shot for his third of the afternoon six minutes into the term.

We continued to press hard and create plenty of chances in front of the big sticks before they had some territory eight minutes after our first goal.

However after some calculated ball movement, Watson got the chance for another set-shot goal, converting to extend our advantage to 22 points at the 15 minute mark.

Three minutes later Sam Dunell had the toughest set shot of the day in front of the home crowd and on the boundary. However he slotted it to continue to push our lead out further.

The ball remained locked in our attacking half after the Dunell goal and deep into time on. Campbell then kicked a long-distance set shot after the siren to increase our advantage to 35-points heading into the final break.

It was the home side’s second turn with the wind, this time in the final term, taking full advantage of it and kicking the first three goals inside the first eight minutes to shrink the margin to 17 points.

We started to slowly get on top in the next few minutes before Chris Carey converted another set shot to give us a handy four goal buffer before the 14 minute mark.

Once more it became an arm wrestle before Lowe got another mark inside 50 and converted the set shot for his fourth goal 28 minutes in.

Two minutes later the siren sounded to signal our seventh win of the season and our first since Round 10.