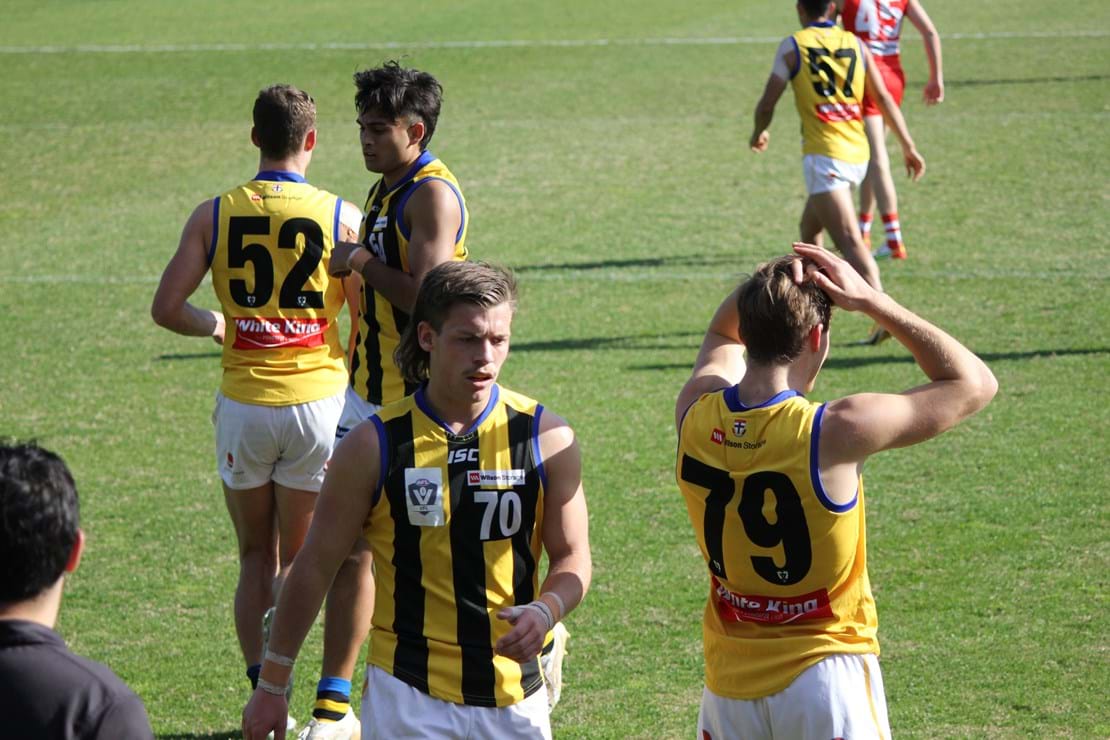 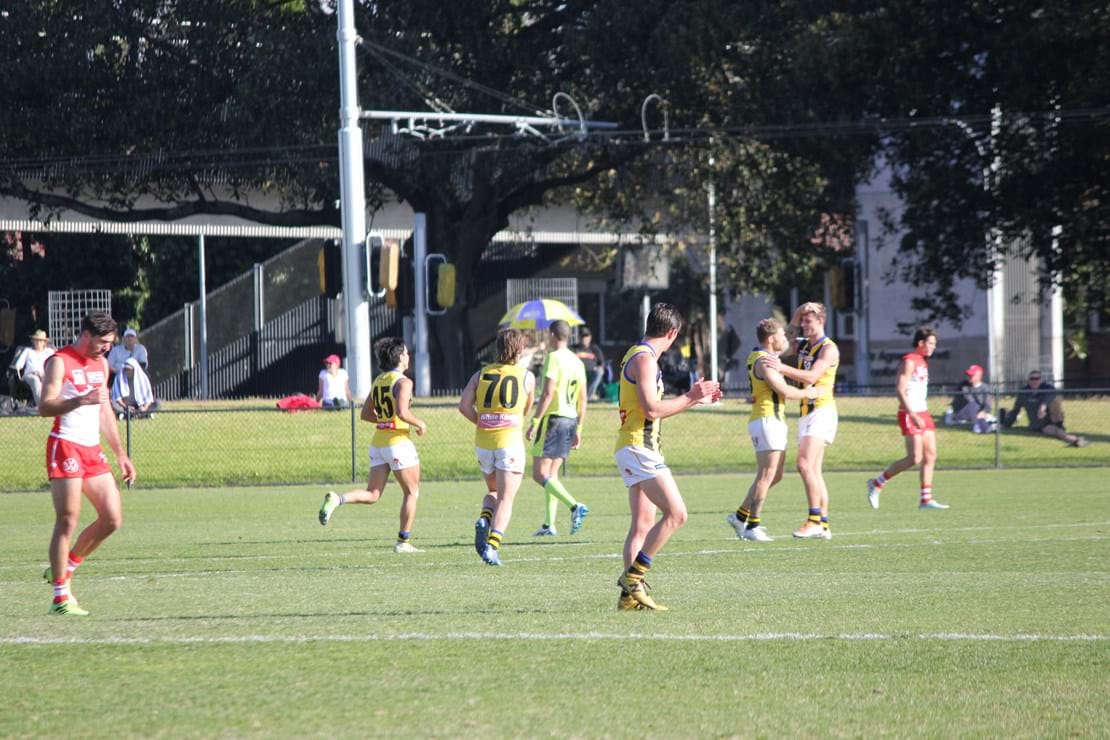 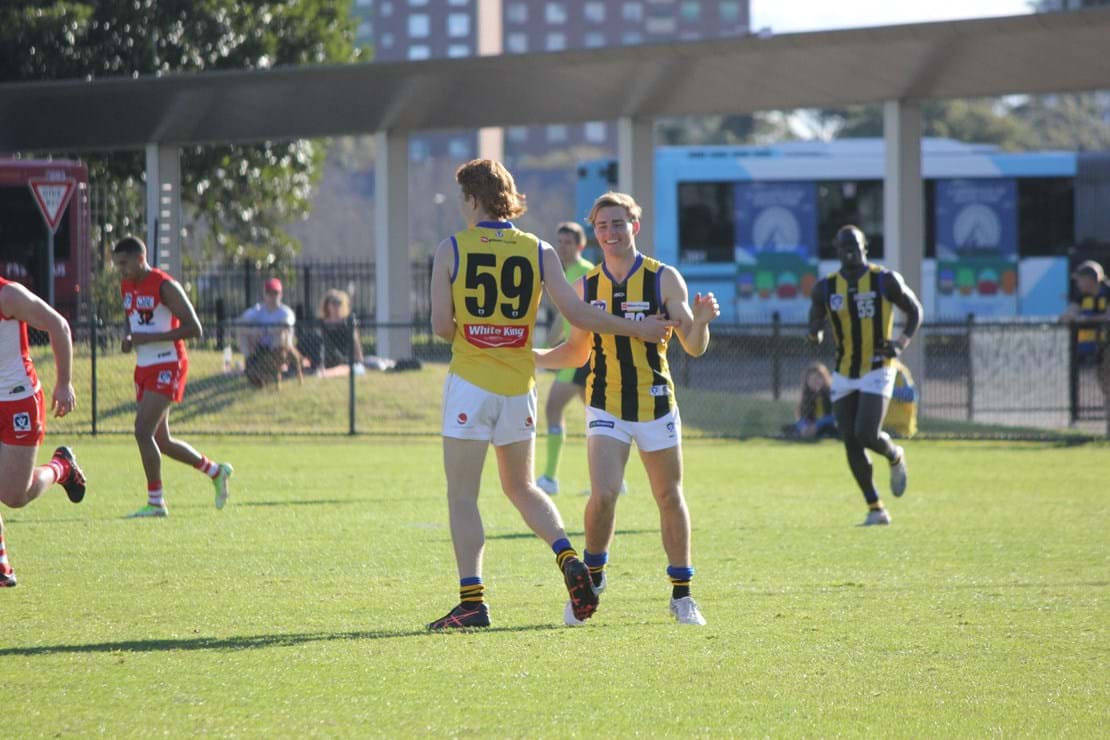 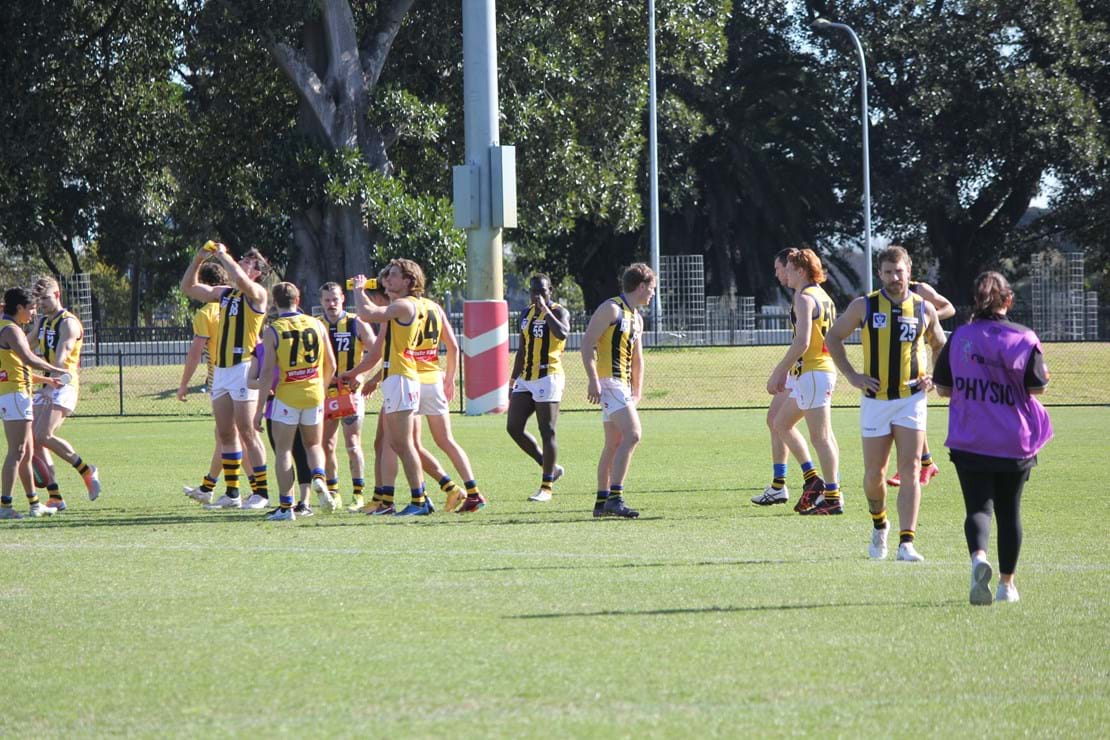 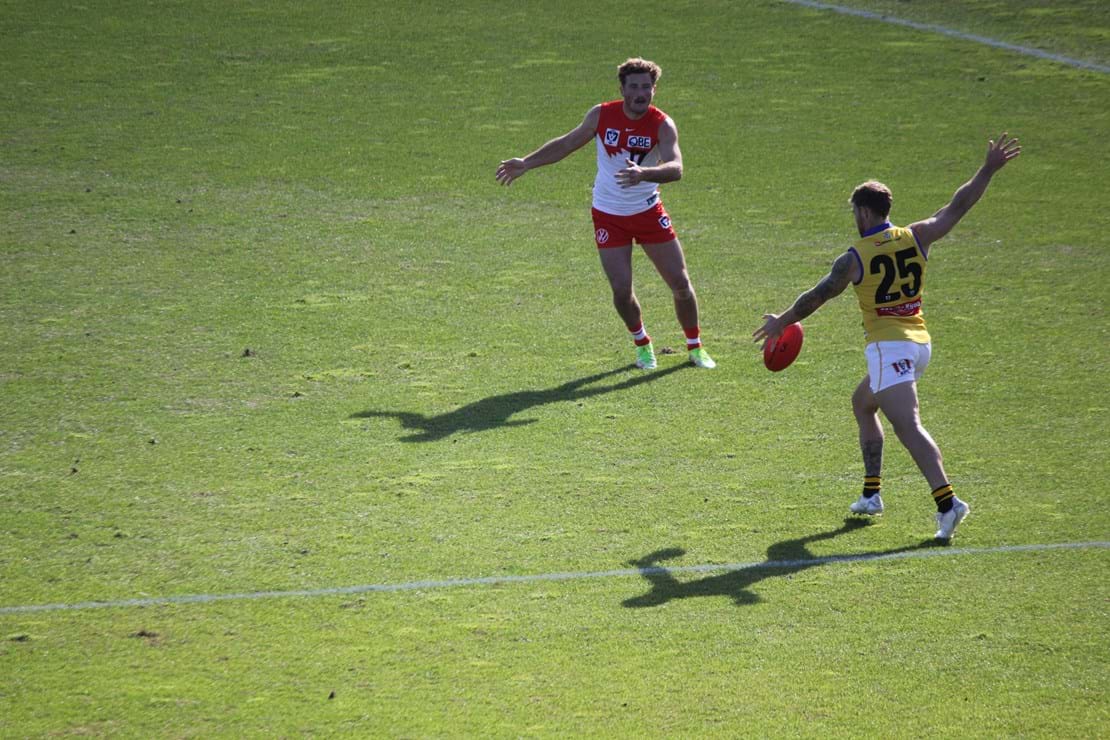 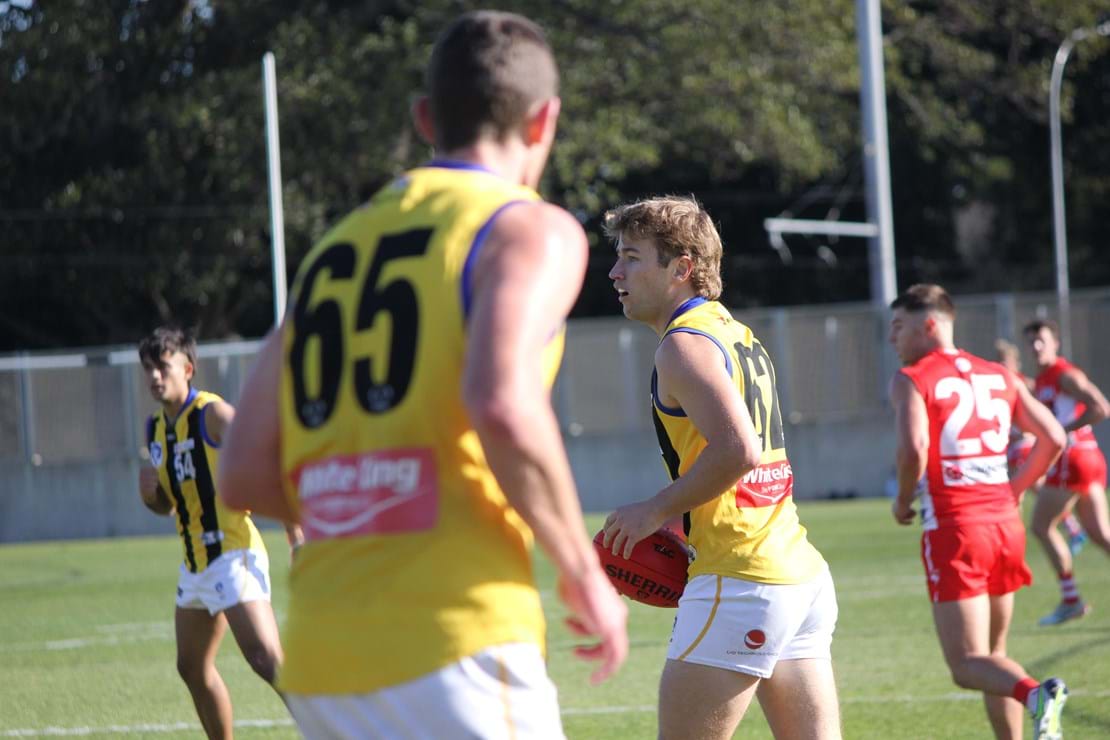 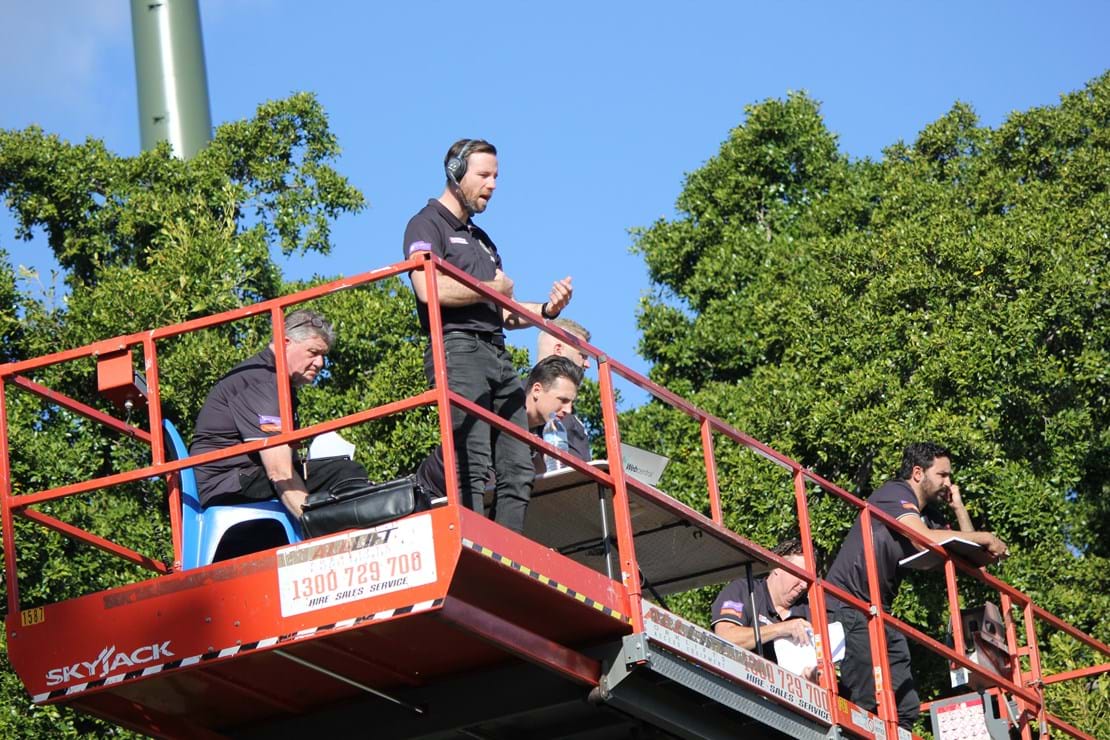 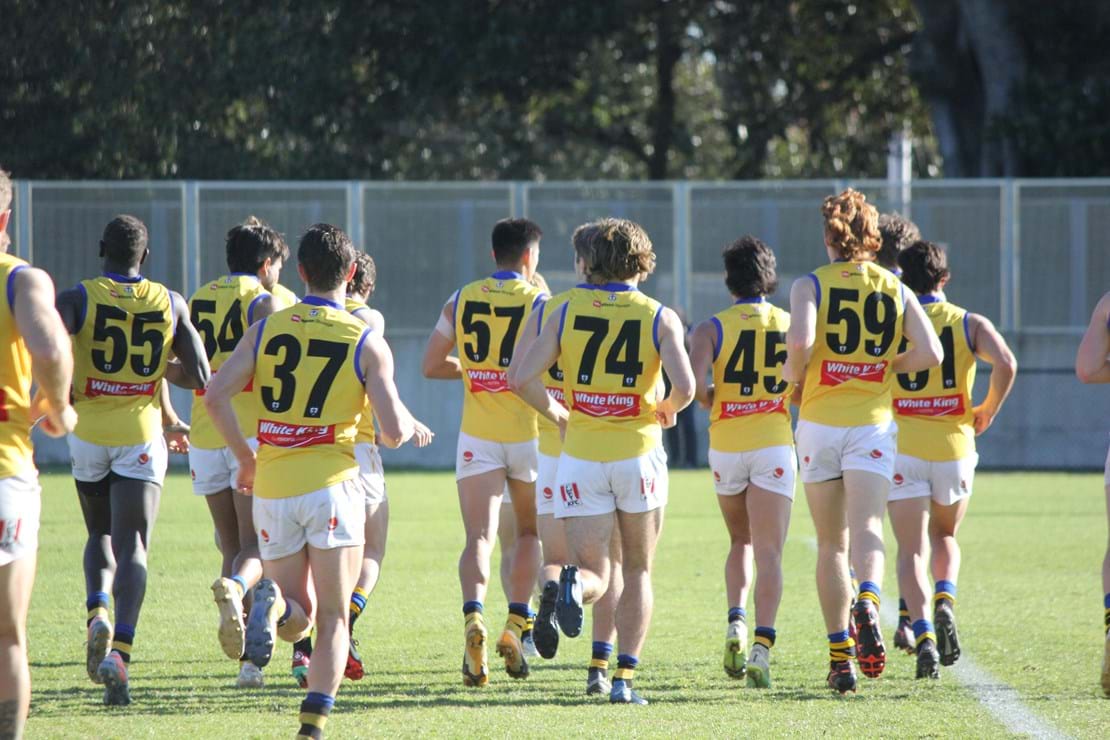 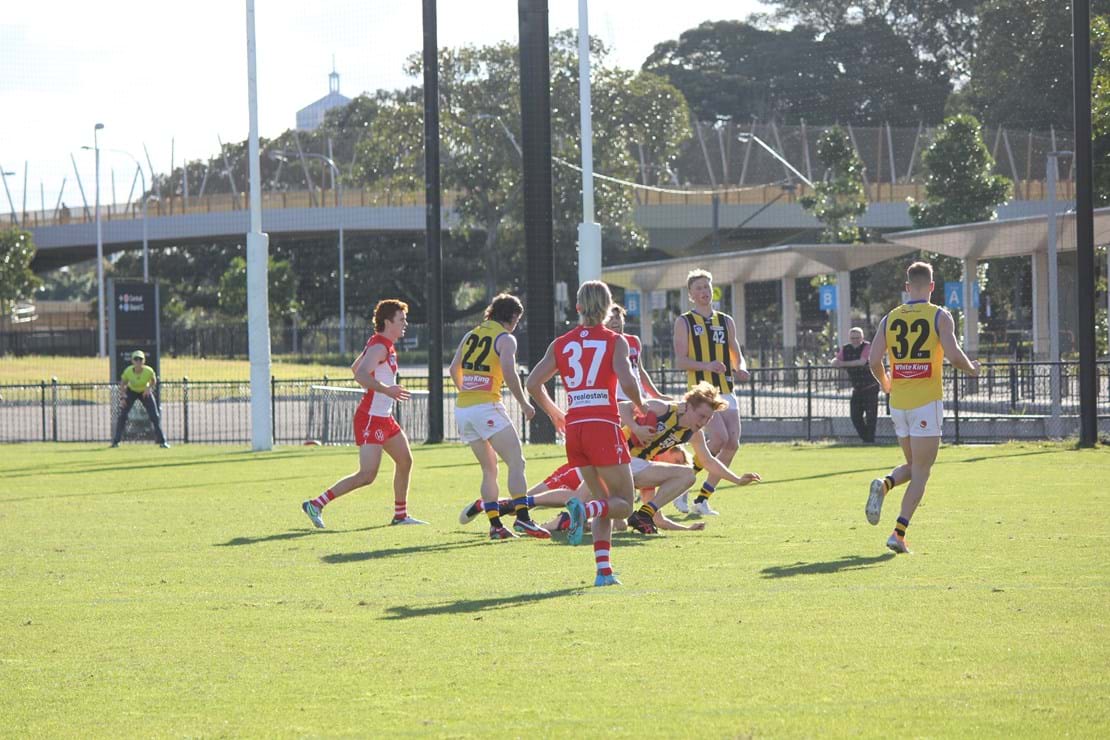 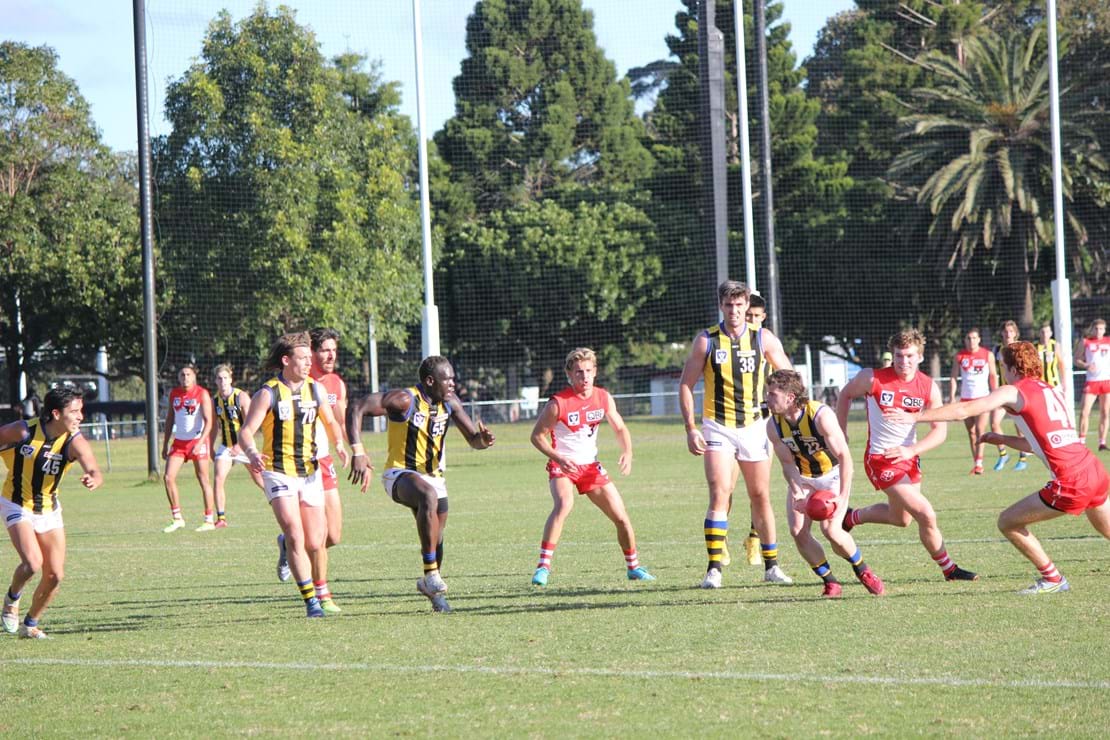 In our third trip up the east coast (and our second in three weeks) we fought until the final siren but went down at Tramway Oval in Sydney.

Tyson Milne and Anthony Seaton once more led the way down back for us, with both collecting 16 disposals & 12 kicks whilst Milne had seven marks to Seaton’s six.

Oliver Lowe was a lively presence up forward in his return to the Zebras lineup, finishing with an equal team-high two goals as well as 14 disposals and six marks.

Amongst the AFL-listed players Tom Campbell dominated in ruck with 25 disposals, 43 hitouts, seven clearances and a goal. Tom Highmore was a brick wall down back once again, collecting game-highs in disposals (35), kicks (27) & marks (13).

On a beautiful afternoon at the oval next to the SCG, it was the home side on top early in the first as our defence stood firm and conceded only three behinds.

After some smooth ball movement, Dean Kent went back for a tough set shot 50 metres out on a tight angle, converting to give us the first goal of the match six minutes in.

The next couple of minutes saw us looking to press our advantage and lock it in our attacking half. However it was the Swans who would kick the next goal at the 10 and a half minute mark to take back the lead.

It became much more even for the next couple of minutes, with the ball mostly locked in their attacking half as they started to create pressure. 19 minutes in we started to get back on top and try to press forward ourselves.

It paid off, with Nick Hodgson kicking it off the deck near the boundary to set up Campbell for his only goal of the day to give us back the lead 21 minutes in.

However as the Swans started to press hard they managed to kick a goal with three minutes left in the term as we headed into the first break down by two points.

Their next goal came at the 16-minute mark as they extended the lead to 16 points before we started to gain some ground and cut the margin. At the 21 minute mark, Kent slotted another long-distance set shot, this time from directly in front.

The end of the quarter hurt us as they kicked the final two goals of the term, one two minutes after our first and the other moments before the final siren sounded to give us a 22 point deficit at the main break.

It was Sydney that started off the second half quickly with a goal inside the first minute of the term to extend their advantage to 28 points.

We started to get back on top before Lowe took a strong mark inside 50 and slotted the set shot from a tough angle for his first goal, and our first of the half, five and a half minutes into the third term.

We briefly pressed hard following that goal but it was the Swans who started to get on top and kicked the next two goals at the nine and a half and 11 minute mark of the term to extend their advantage to 33 points.

The next 10 minutes saw the contest become a bit more even as both teams looked to gain territory and kick the next goal of the term.

At the start of time on we started to get on top and gain more territory before Cody Henness marked at the top of the goal square four minutes into time on following a beautiful ball from Jack McHale.

He converted to cut the margin once more before just over a minute later Jack Peris quickly got inside 50 and kicked a nice goal on the run to get us right back into the match. Two minutes later, Mason Wood snapped through his first from 25 metres out to make it a 13 point game.

The Swans responded with some territory of their own as well as the next goal at the 32 minute mark. Despite a late push, we still headed into the final break down by 18 points.

To start the final term it was us with the quick start as Lowe took another great grab inside 50, this time on the run, in the first minute of the term. He converted for his second to make it a two goal game early on.

Following that goal the Swans started to get back on top and gain more territory for the next 15 minutes, kicking two goals in that period to get out to a 27 point lead.

It was a transition play that got us the next goal, with Nick Hodgson getting in behind after a Goy Lok inside 50 and dribbling home our second of the final term to give us a glimmer of hope.

Three minutes later Jack Higgins snapped through his first from 30 metres out on the left to cut the margin to 15 points. The final few minutes saw Sydney have slightly more territory and us only have brief periods of ball and territory dominance.

They then kicked the last goal of the match right as the siren sounded to extend the final margin to 21 points.