It was a rough day at the office for the Zebras, going down to the second-placed Southport Sharks in their second trip up the east coast. 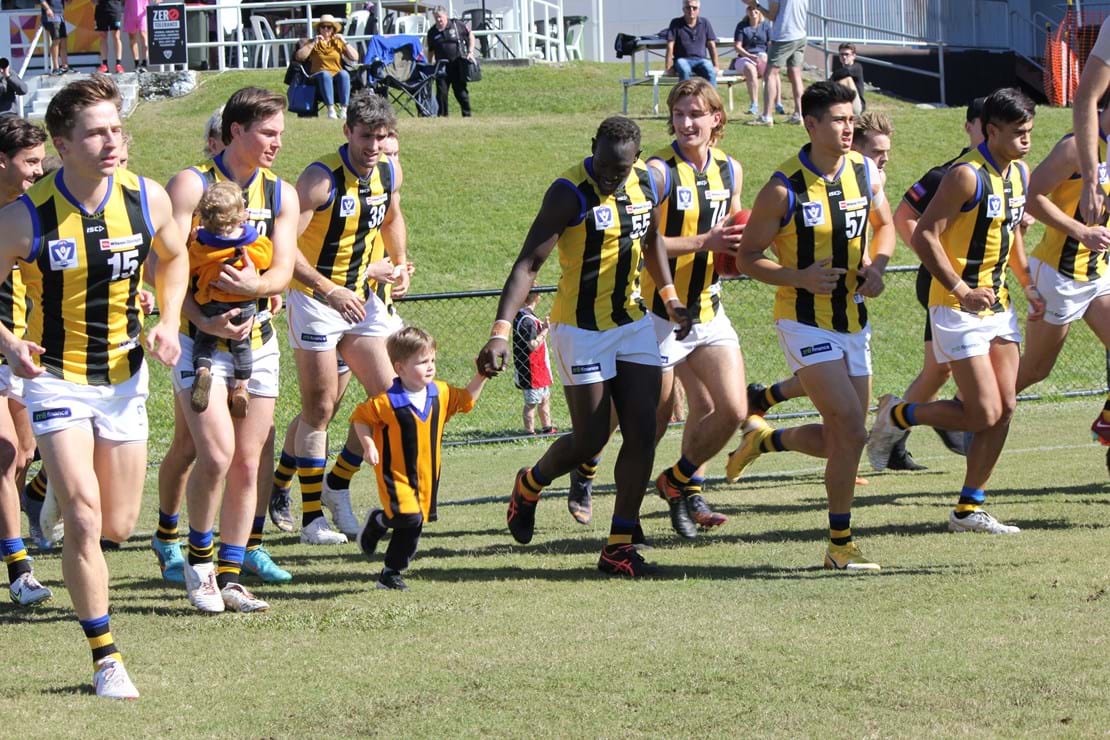 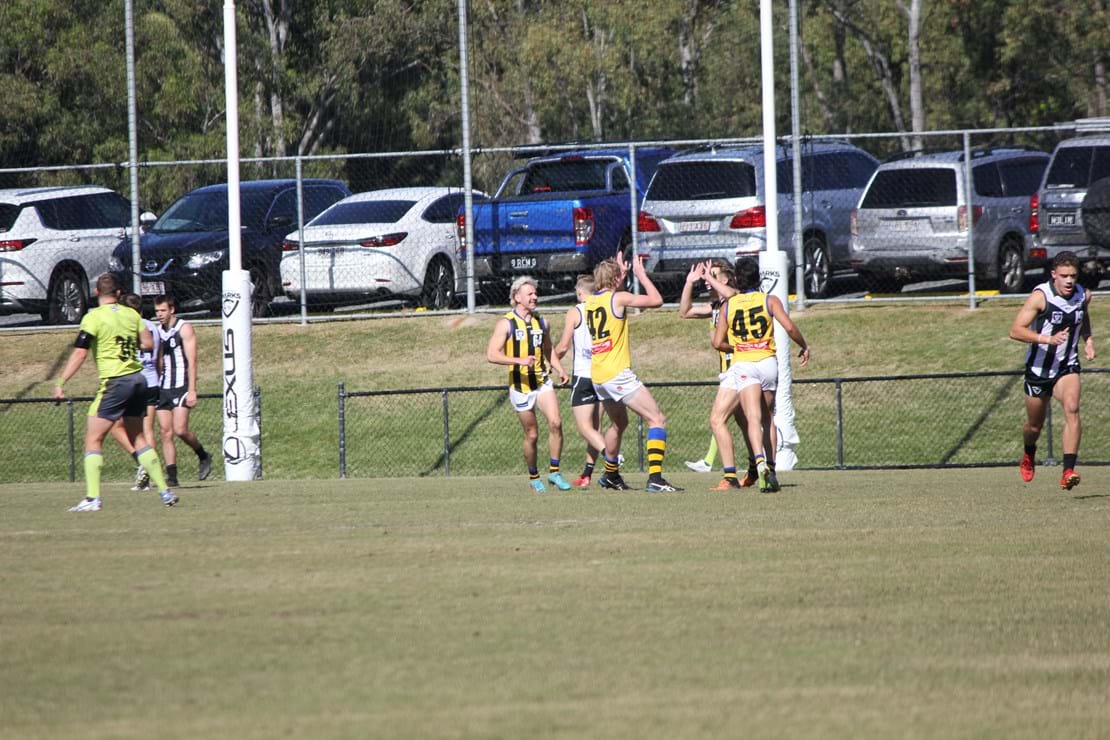 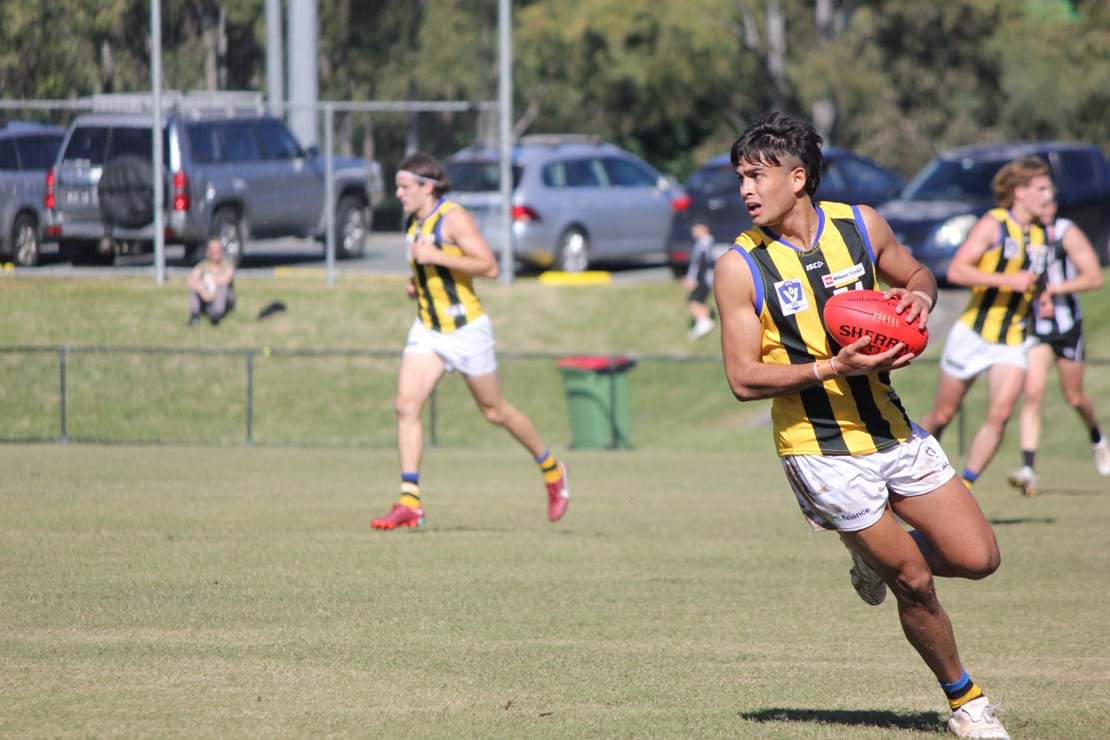 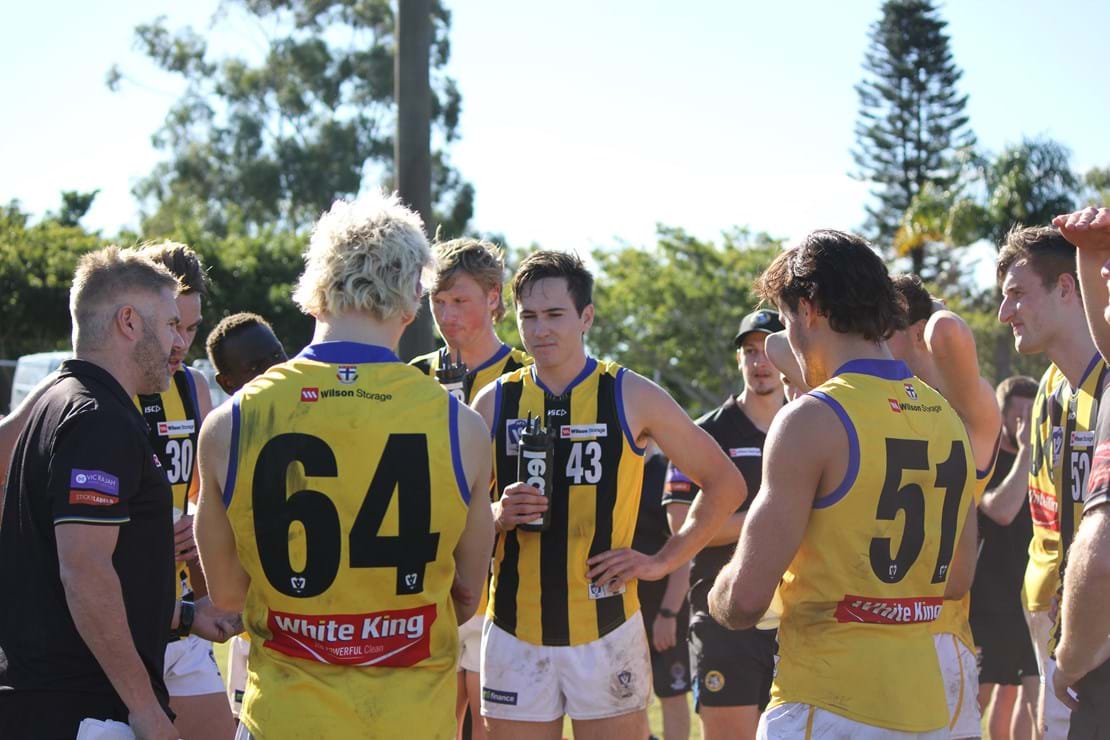 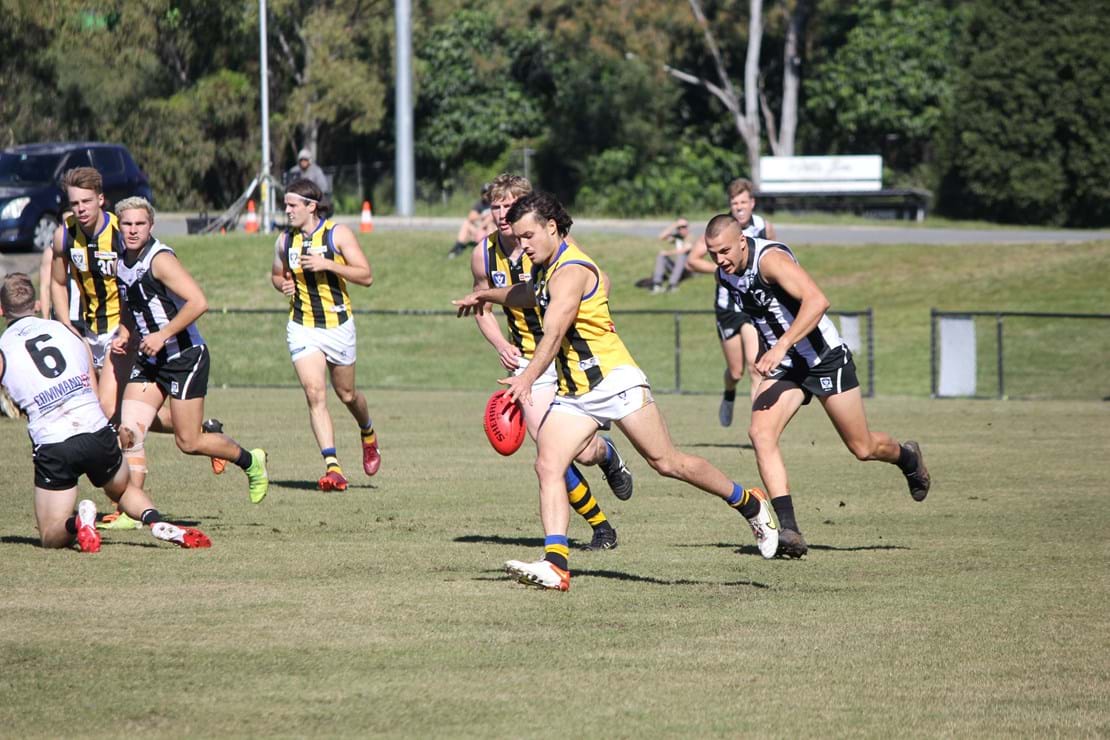 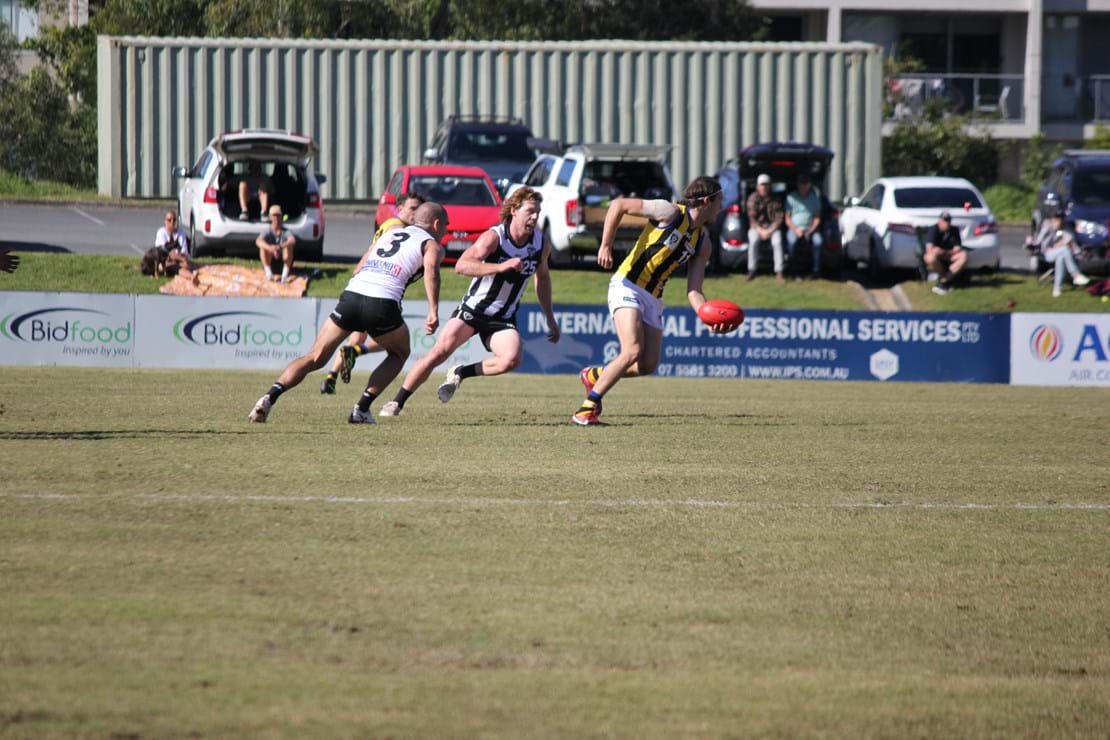 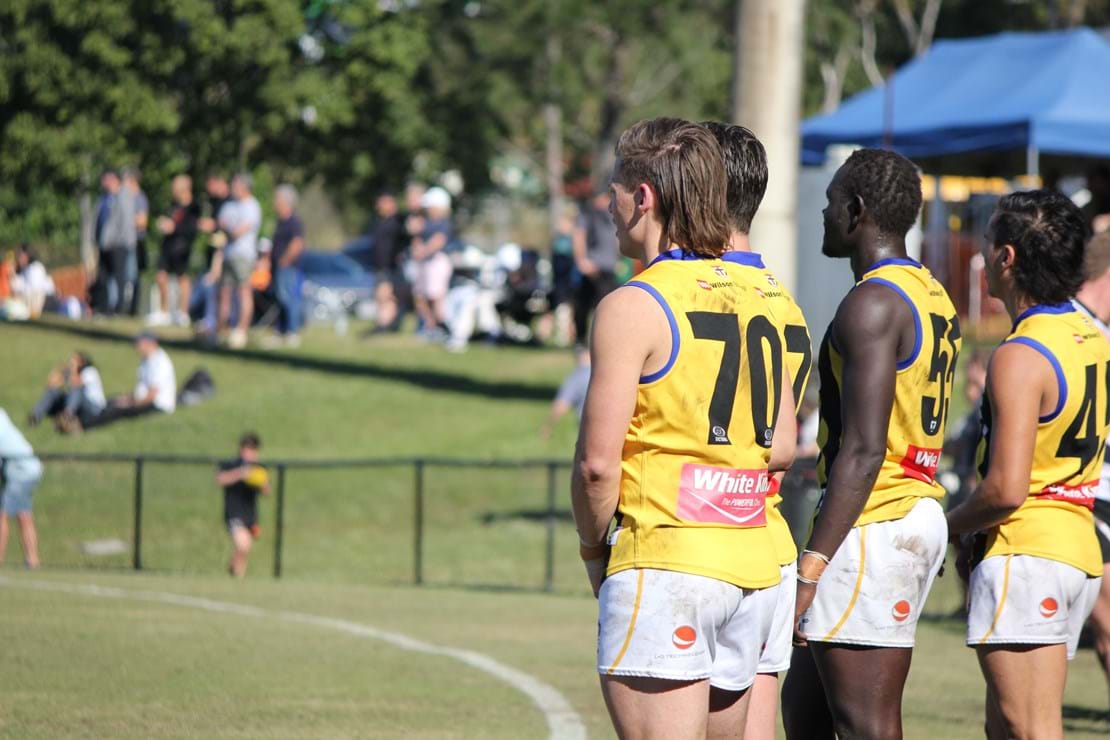 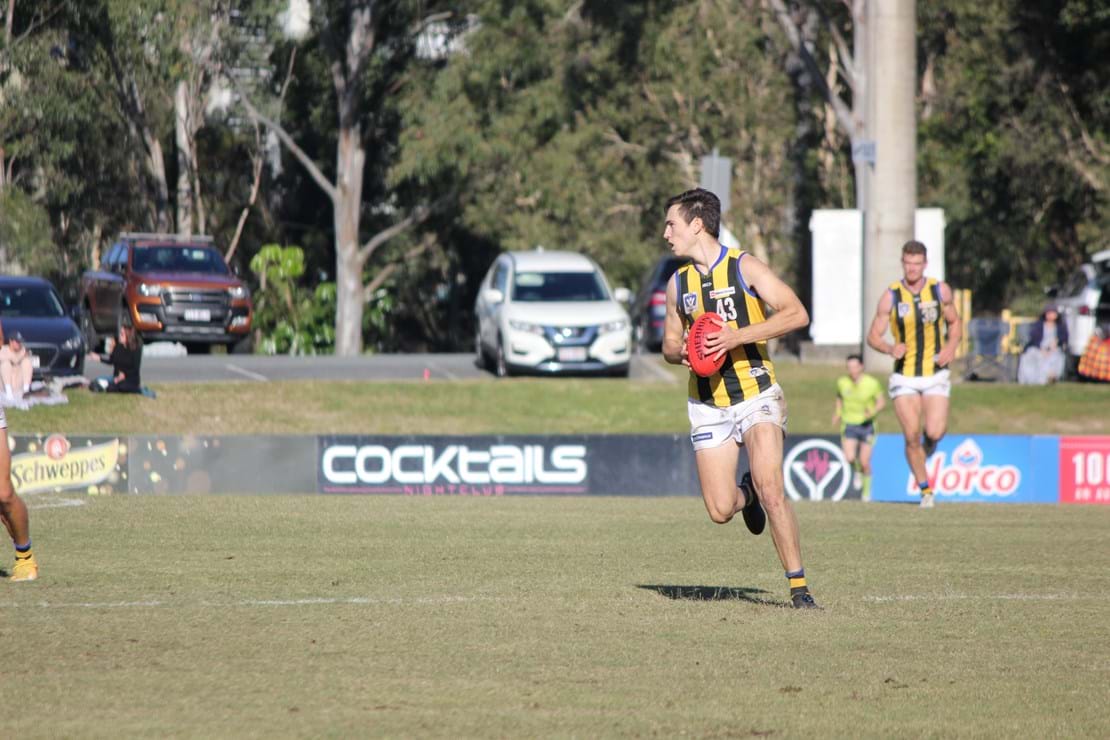 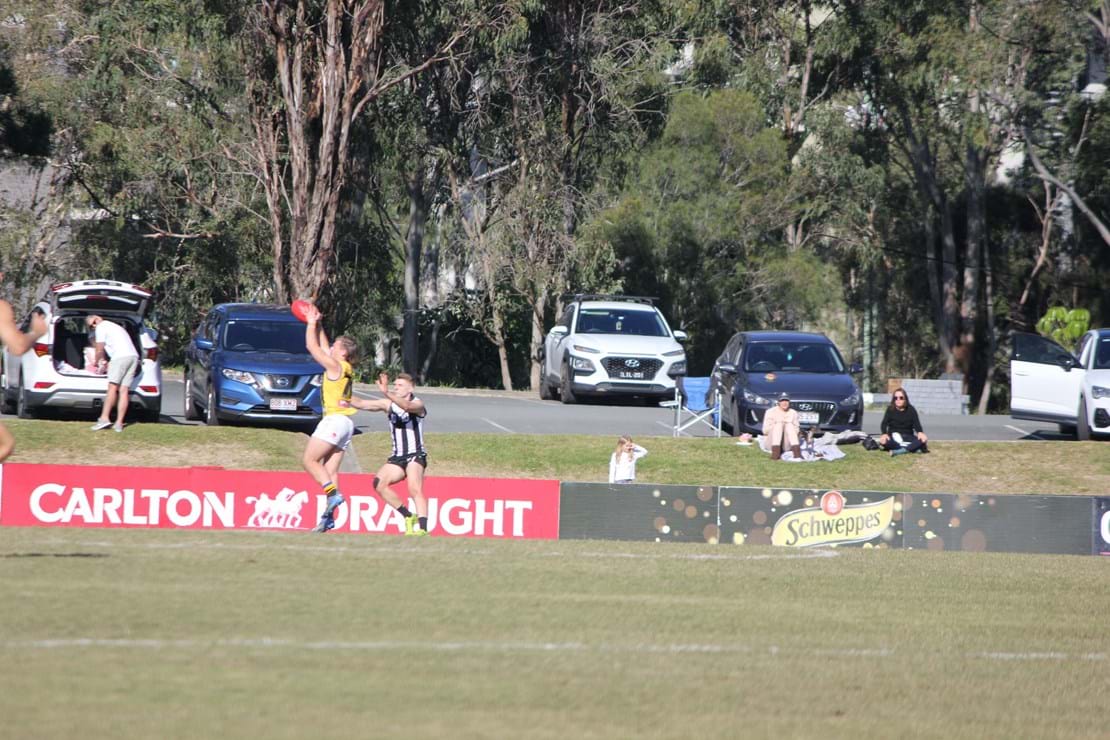 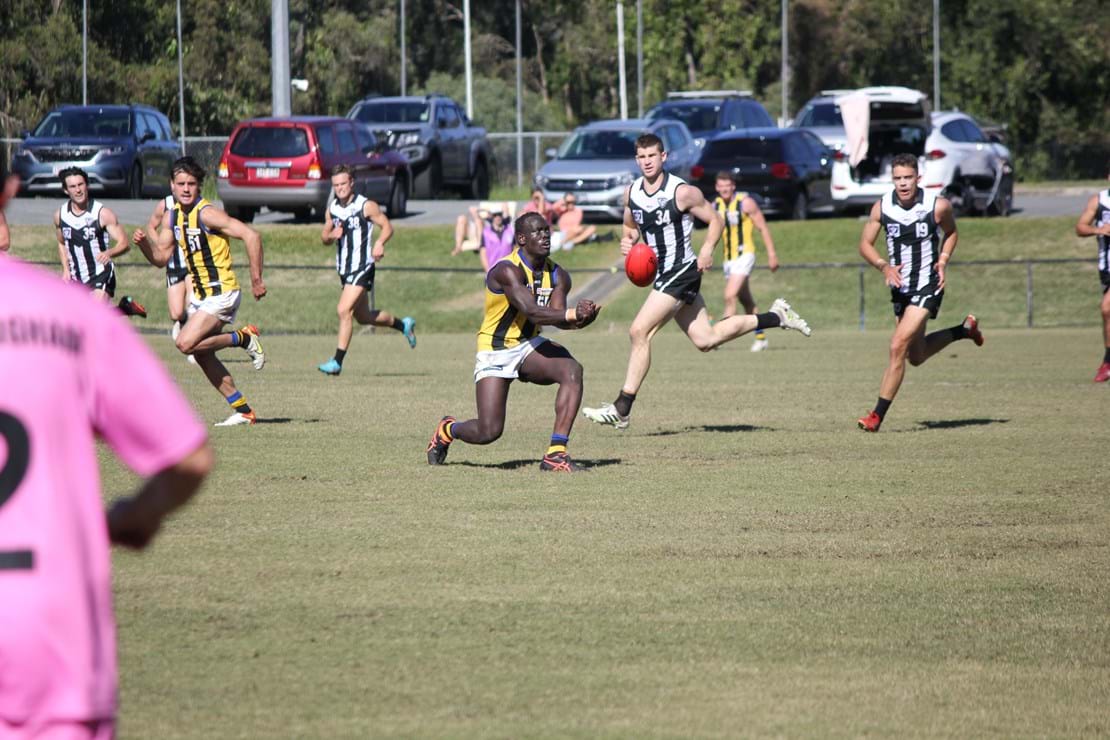 In a match which saw second and third facing off against each other, the Sharks were too strong and ran away with a 44-point victory.

Jack McHale continued his string of good performances in recent weeks on the wing, finishing the game with 23 disposals (15 of those handballs).

Mitch Riordan also played a role in midfield with 16 disposals, five tackles and three clearances whilst Tyson Milne was again solid down back and had 16 disposals plus four marks.

Amongst the AFL-listed players, Jack Billings had the most disposals on the ground with 32 plus nine marks, five inside 50’s and a goal whilst Cooper Sharman was the leading goal kicker on the day with four plus 16 disposals and seven marks.

On a picture-perfect day at Southport’s home ground of Fankhauser Reserve it was Matthew Allison with an early goal, slotting a drop punt set shot from a tight angle to give us an advantage at the two-minute mark.

Southport then started to get on top and kicked the next three goals of the match between the six and a half and nine and a half minute mark to rush out to a two-goal lead.

The rest of the quarter saw the ball predominantly in their hands and in their half, with our defence standing tall and forcing them into tough chances. They kicked the final goal of the term five minutes into time on, leading by 20 points at the first change.

At the start of the second we got off to a quick start once more, this time through Sharman after a quick transition play. The ball was then locked in our attacking half for the majority of the first 10 minutes as we tried to cut the margin.

However, right on the 10 minute mark it was the Sharks who went on another goal run, kicking the next three goals in the next four minutes to rush out to a 32-point lead.

We started to wrestle the momentum back following that run of goals, with Sharman slotting a set shot 18 minutes in to cut the margin down to 25 points.

Southport then started to get back on top and kicked the next goal 24 minutes in before we got back the momentum and kicked the last of the term through a Billings snap to head into the main break down by 25 points, despite a late push from Southport.

This time it was the Sharks who got the quick start in the third term with an early goal. The play started to even up again before Jake Lohmann slotted a set shot to give us our first goal of the second half.

After getting some momentum and territory after that goal, from the 10 minute mark it was all Southport, kicking the next five goals of the term, including three between the 24 and 30 minute mark, to rush away to a 57 point three quarter time lead.

We gained momentum early on in the fourth term as we tried to cut the margin. Five minutes in Max Heath marked near the top of the goal square, converting the set shot for our first of the final term.

Just over a minute later we got the next centre clearance before Dean Kent in his first game back in the lineup snapped a goal from 40 metres out to cut the margin to below 50 points.

As we continued to build momentum and lock it in our attacking half, Sharman slotted the next one to give us the first three goals in the first 11 minutes of the final term.

The next few minutes saw the ball mostly in the Sharks attacking half before Sharman was once again on the end of quick ball movement from defence to attack, converting the set shot for his fourth goal.

However in time on they kicked the next two goals and had the majority of the territory to finish the game before a late push from us following the last goal. As the siren sounded at the 30 minute mark it ended a tough day at the office for us.