The Zebras climb to third on the ladder with a 34-point victory over North Melbourne at Wilson Storage Trevor Barker Beach Oval. 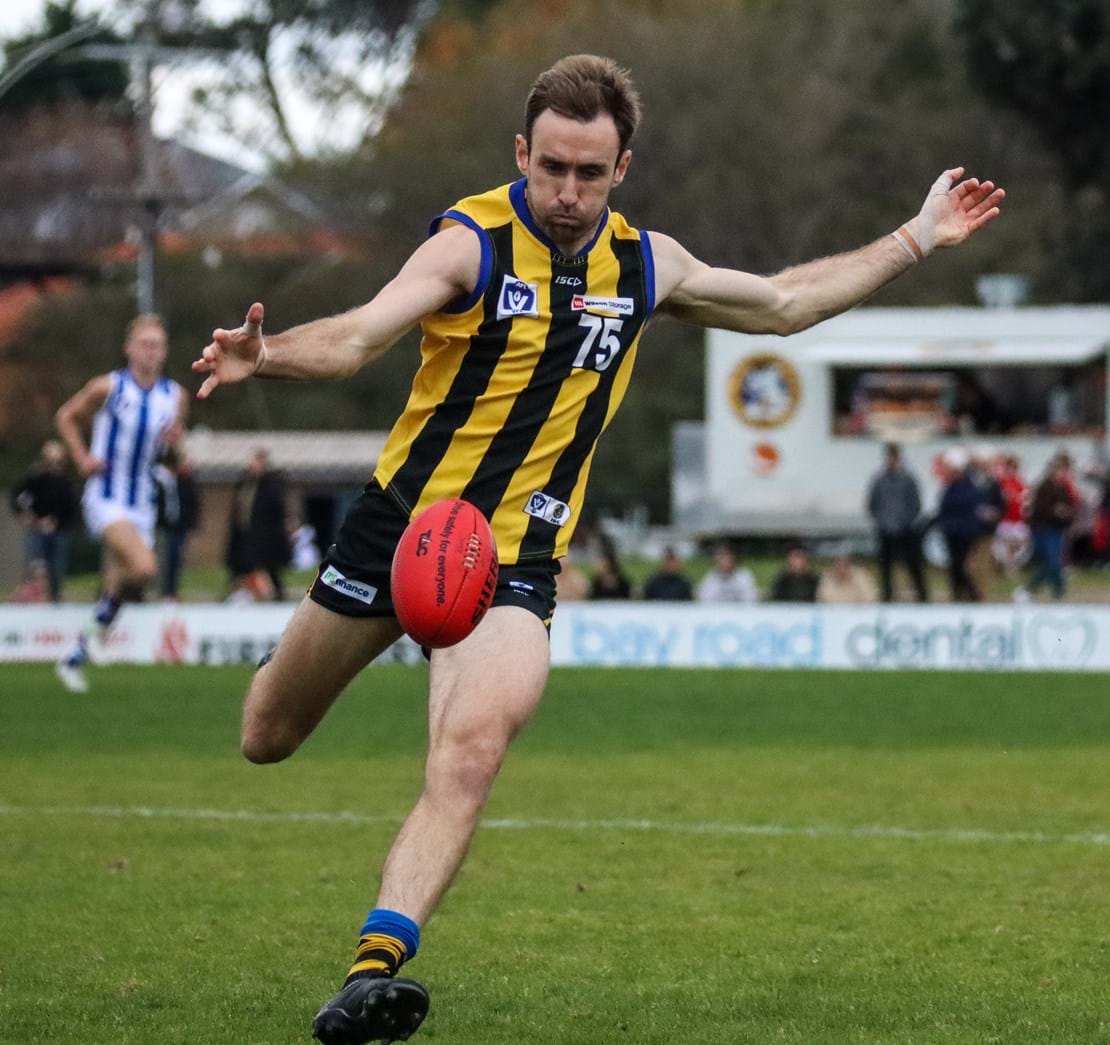 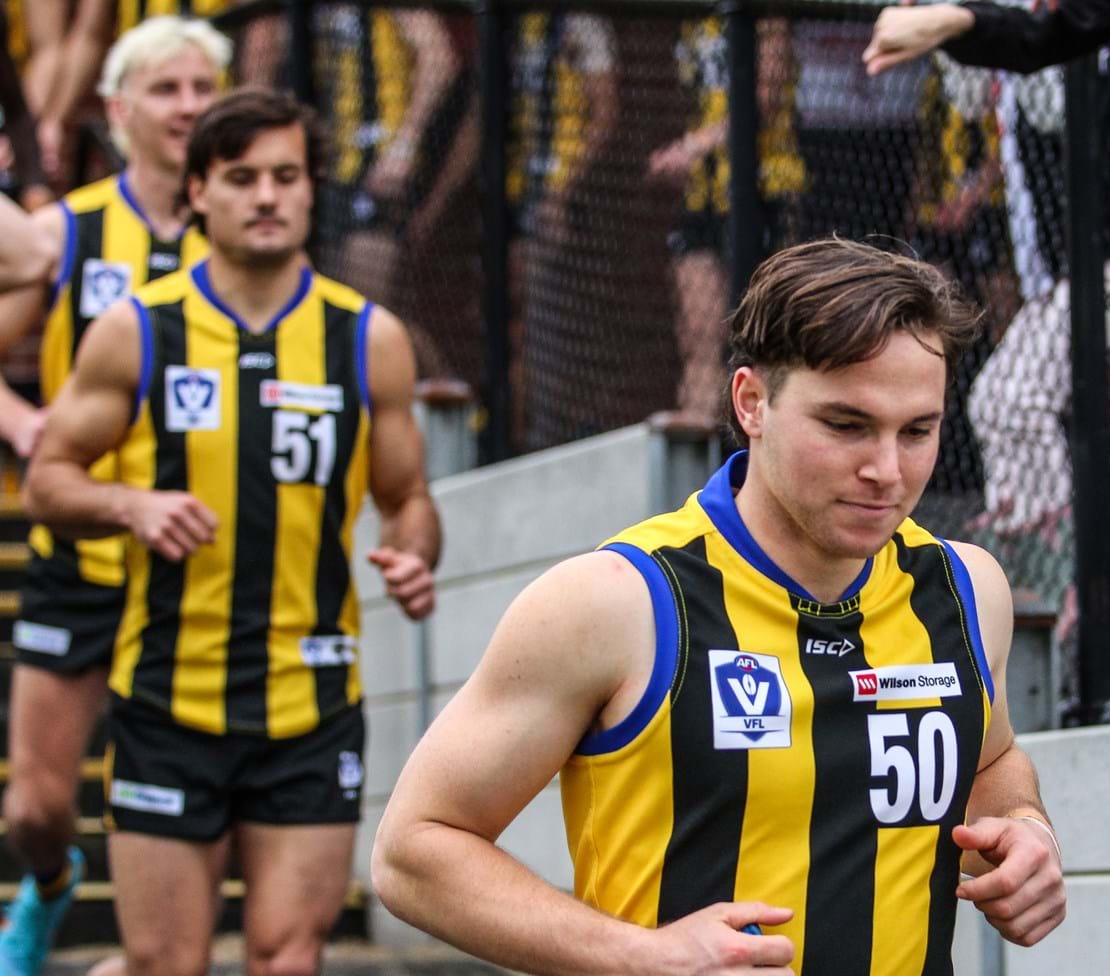 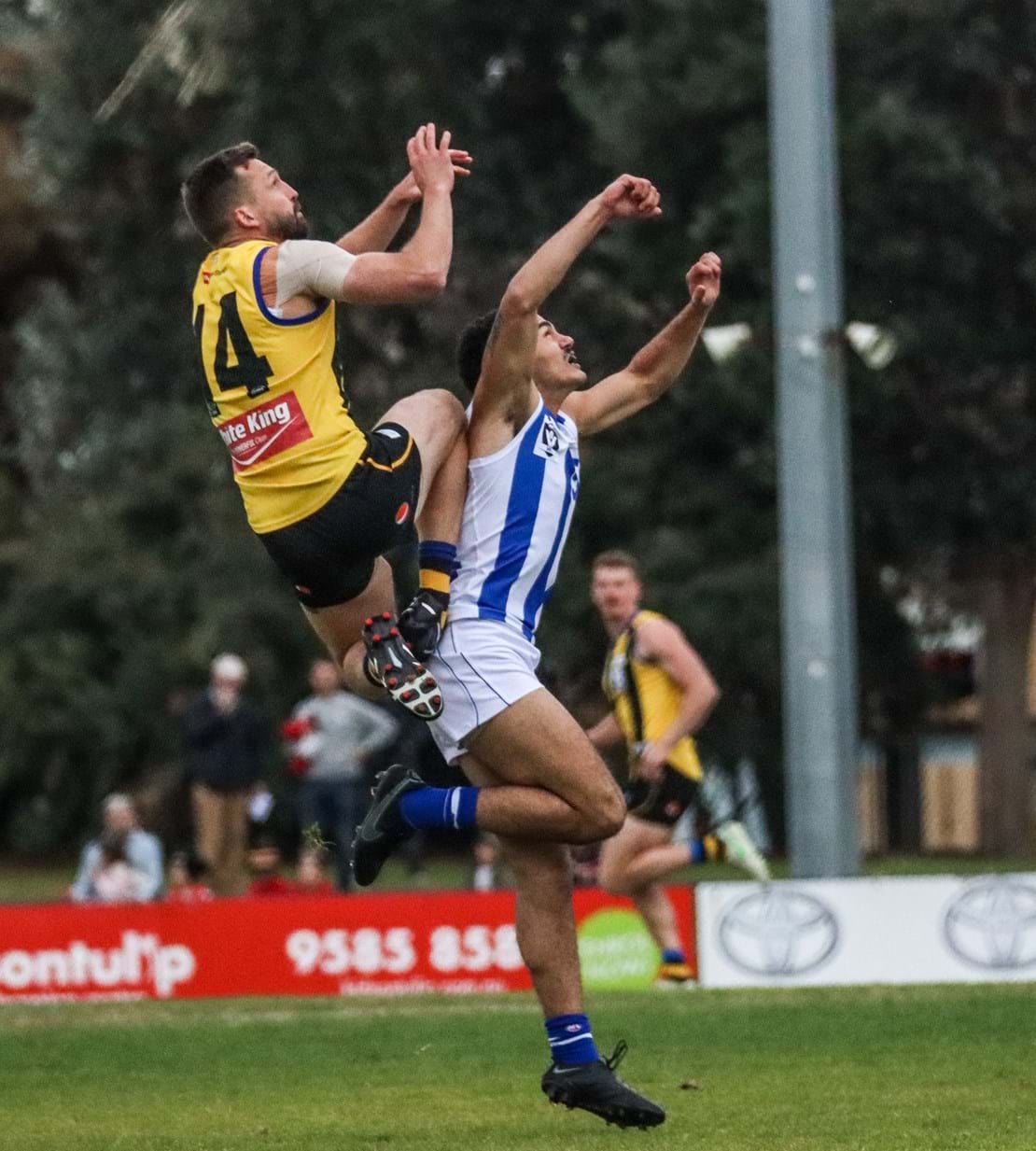 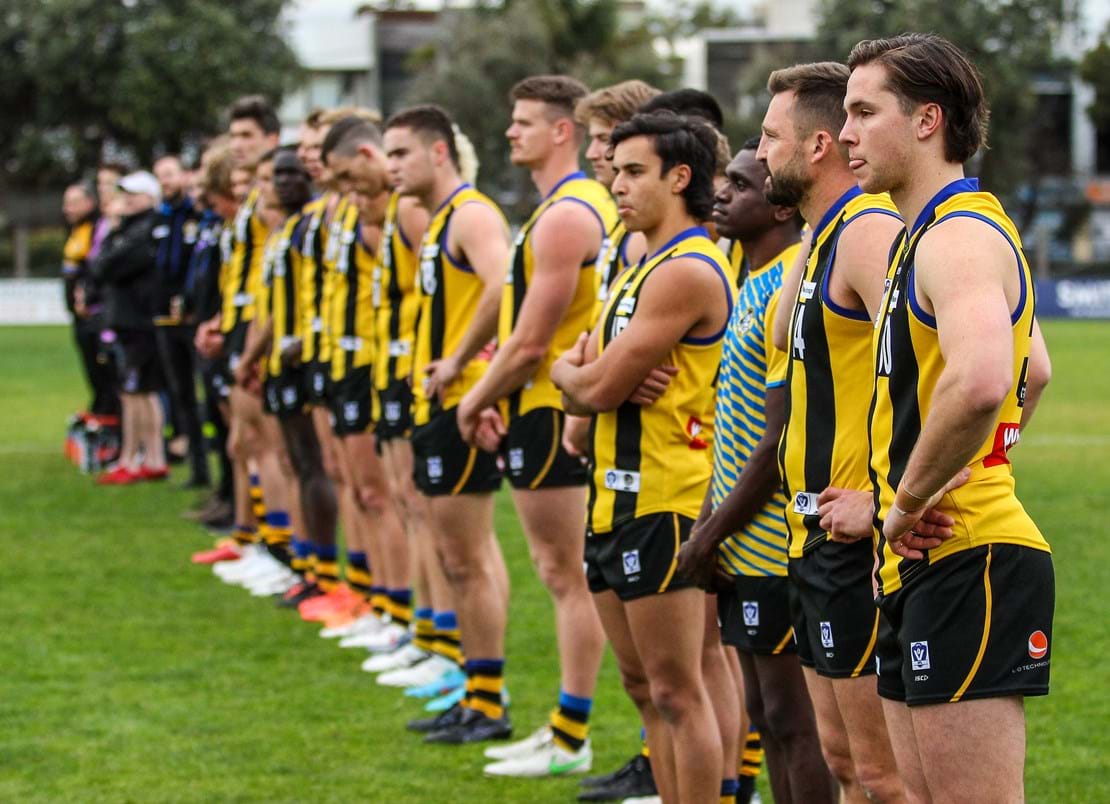 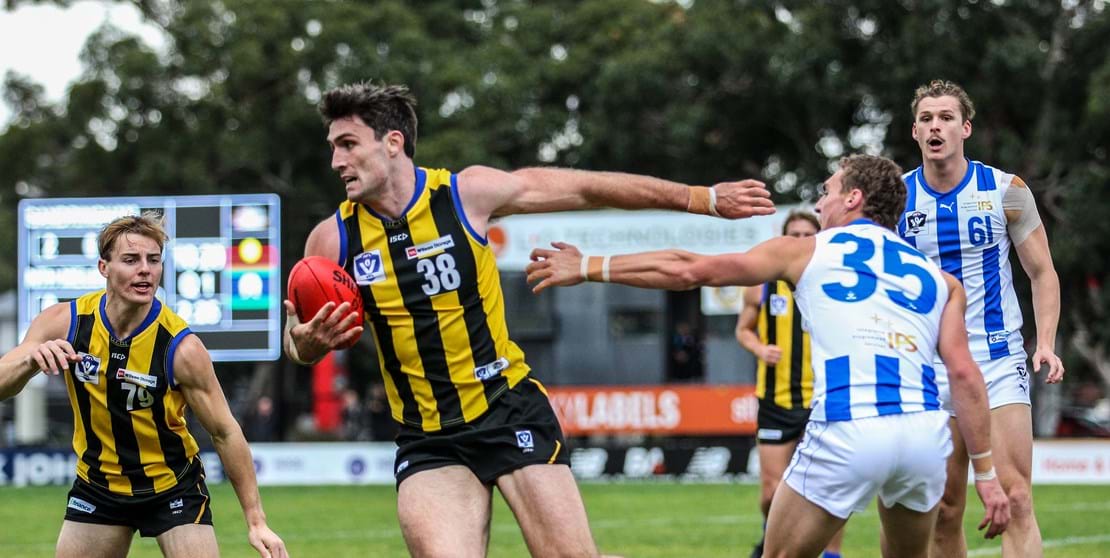 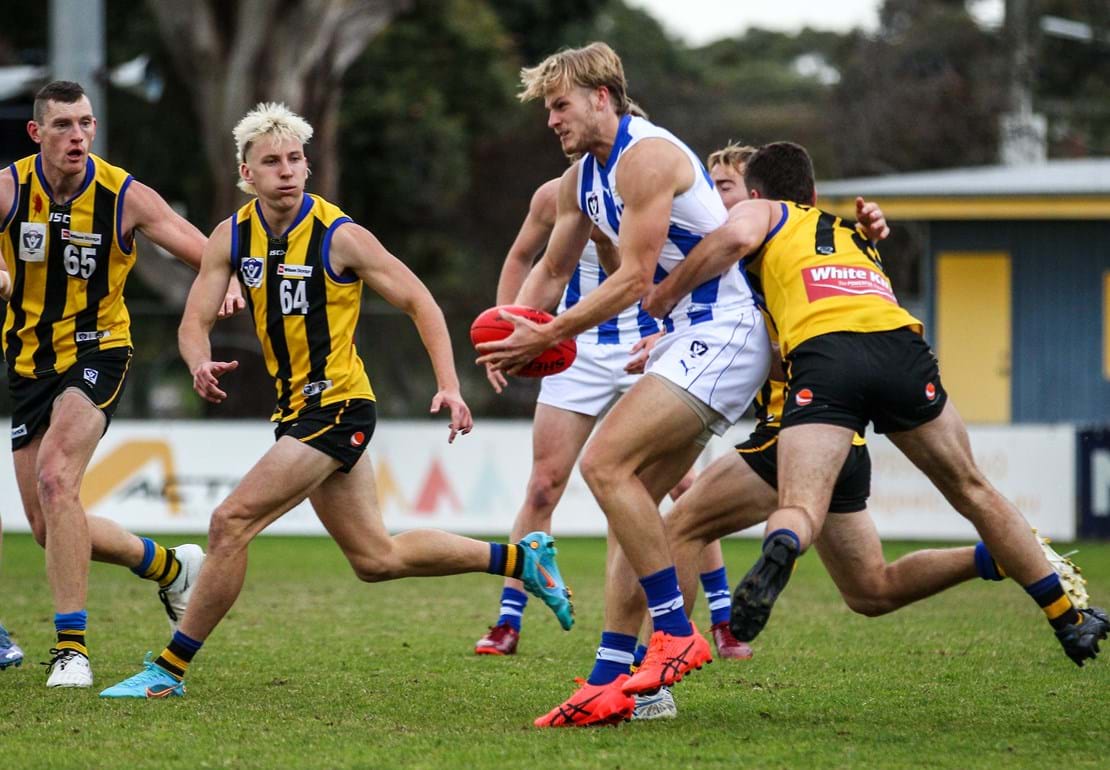 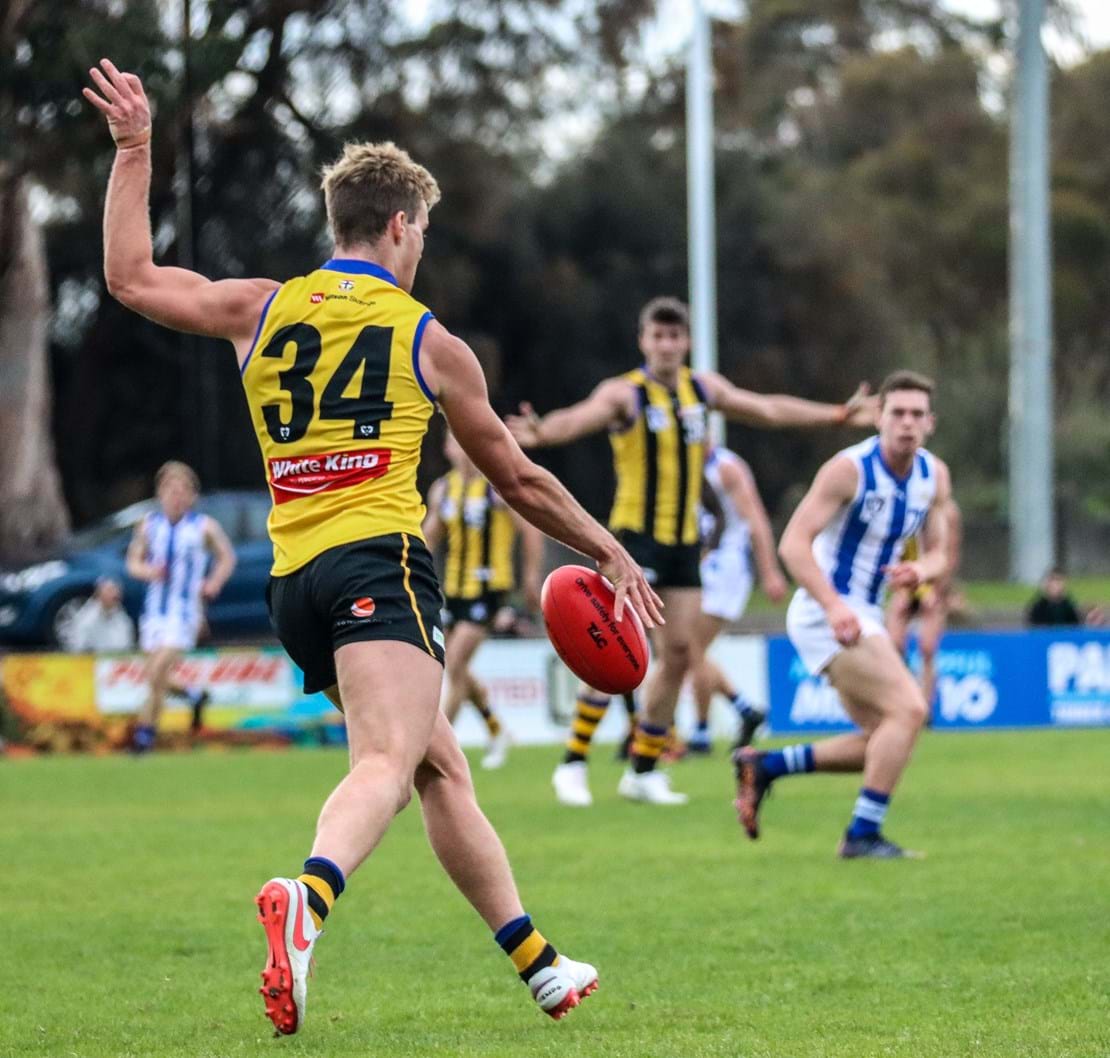 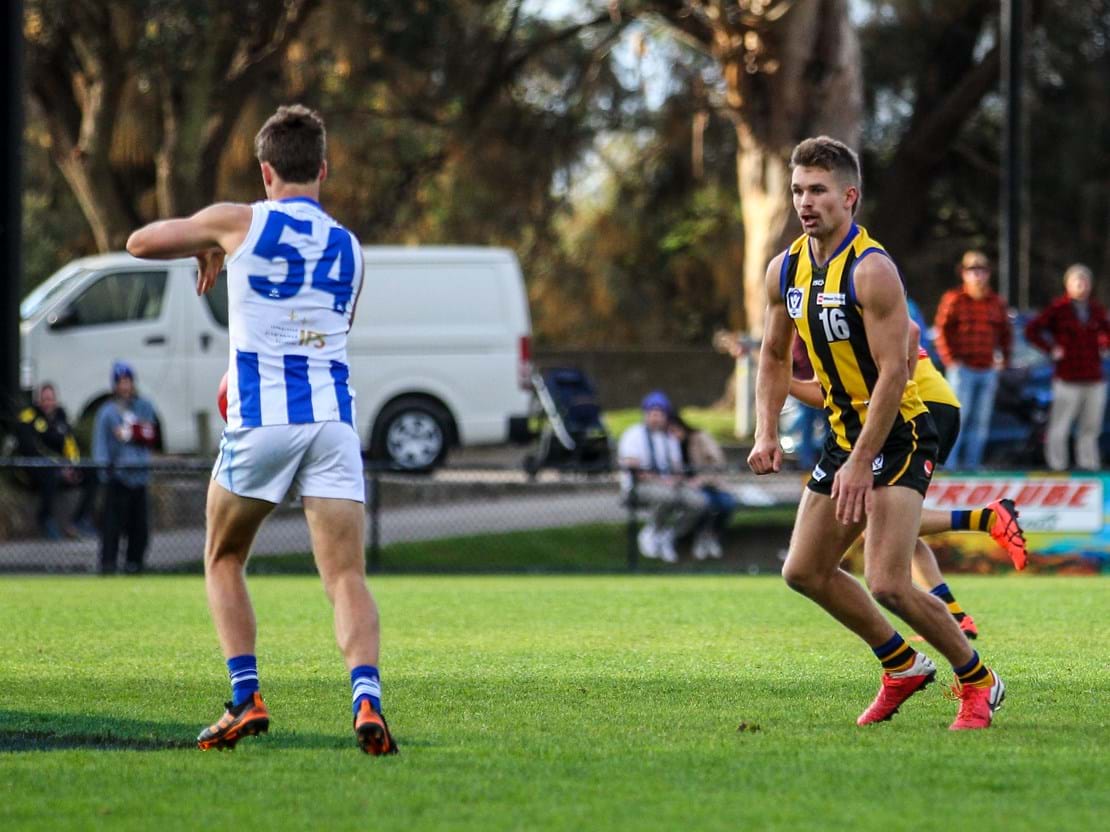 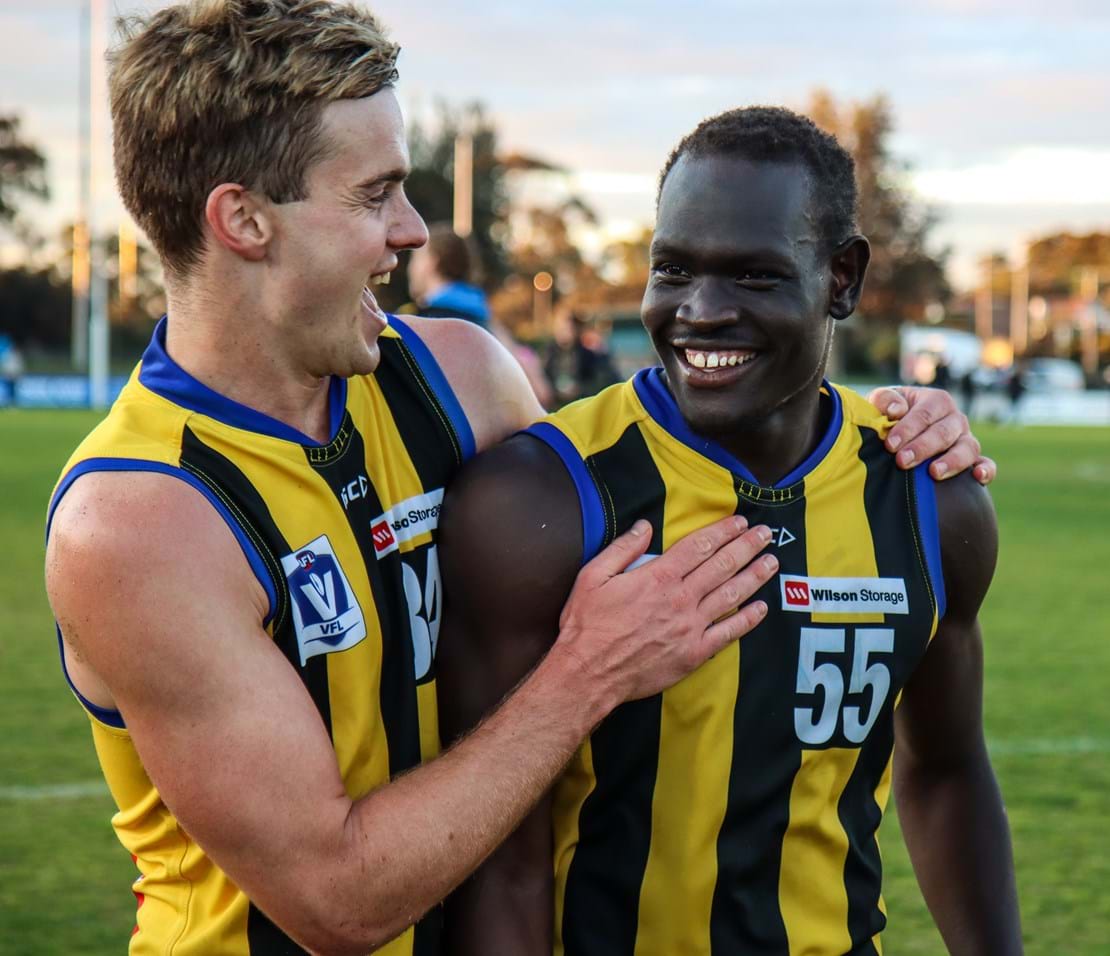 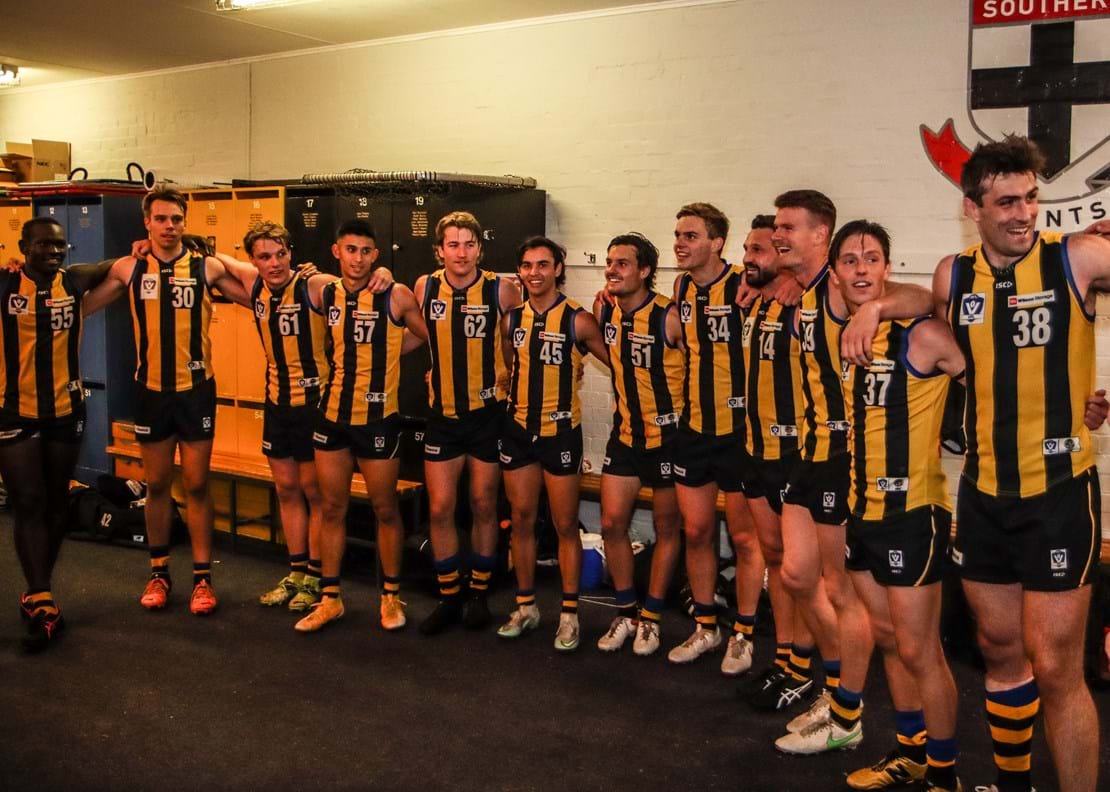 A six-goal fourth quarter blitz against the Kangaroos yesterday got us our sixth win, pushing us up to third on the VFL ladder.

In a seesawing contest, the game saw us leading by 36 points at one stage during the second term before North Melbourne made a gradual comeback, and briefly took the lead, before it was quelled by a dominant fourth quarter from the Zebras.

On a dull and overcast day at home, the Zebras got the jump on the Kangaroos, booting two goals in the first 5 minutes, courtesy of Mitch Riordan and Chris Carey, who were awarded free kicks for high contact and hands in the back.

North did most of the attacking towards the middle of the quarter, kicking their first at the 16-minute mark. We responded through Jack Billings who was awarded a downfield free kick, before North kicked another goal to bring the margin to 3 points. We then scored two late goals, the first through Tom Campbell, and the second through Matthew Allison who was paid holding the ball after a run-down tackle on North Melbourne’s Marty Hore.

We kicked five straight goals for the term, and led by 15 at quarter time.

We started the second term well, with Butler scoring a goal from an inside 50 ball-up in the first minute. 10 minutes later, Butler kicked his second with a quick banana kick on the run from 20 metres out.

Jake Lohmann was then able to link up with Jack McHale who kicked a beautiful goal from 50 metres out on the run to stretch the margin out to 33 points, but North Melbourne were then able to kick 3 quick goals towards the end of the half, and pull the margin back to 17 points at the main break.

We began the second half with another goal inside the first minute after Hipwell caught the ball off hands from a marking contest and swung around to kick the goal.

We did more attacking early in the term, resulting in only minor scores, until North Melbourne kicked 2 in a row towards the 10-minute mark.

At the 12-minute mark, Carey was awarded a free kick for holding the man and kicked his second major.

North Melbourne then started to gain some momentum as they kicked three goals in a row and brought the margin back to just 2 points at the final break.

North Melbourne’s momentum continued early in the fourth term after they were able to score the first goal early in the quarter and take the lead by 3 points.

In a desperate following 5 minutes, North Melbourne continued to press, but our defence was able to not concede any more points.

Eventually at the 10-minute mark Billings was able to hit up Butler inside 50, with Butler playing on to snap truly and put the Zebras back in front.

After that it was all Sandringham, as Sam Dunell’s kick found Carey who took a nice contested mark, and went back and slotted his third for the day.

A minute later Ben Mansfield was able to link up with Hipwell in the middle, and Hipwell bounced the ball through the open goal for his second.

Five minutes later, Jarryn Geary roved the ball inside 50 and kicked another goal for Sandy, before an inside 50 throw-in saw Campbell hit the ball out to Butler who snapped his fourth.

Butler kicked his fifth late in the quarter, as he fended off a tackle and dribbled the ball through the goals, bringing the final margin to 34 points, resulting in our sixth win of the season as we climb up to third on the ladder.