The Southern Saints were unable to get back on the winners list as they went down to an impressive Western Bulldogs side in their Round 8 clash under lights at the VU Whitten Oval on Friday night. 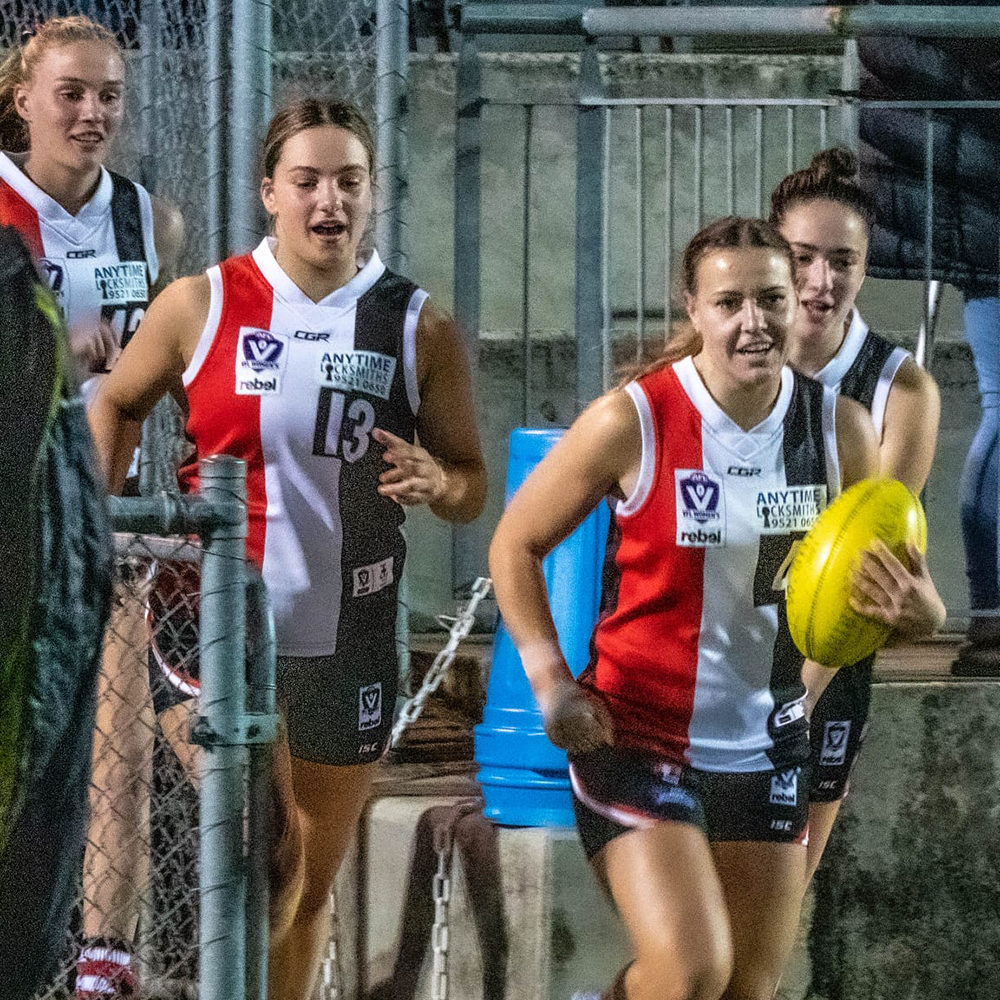 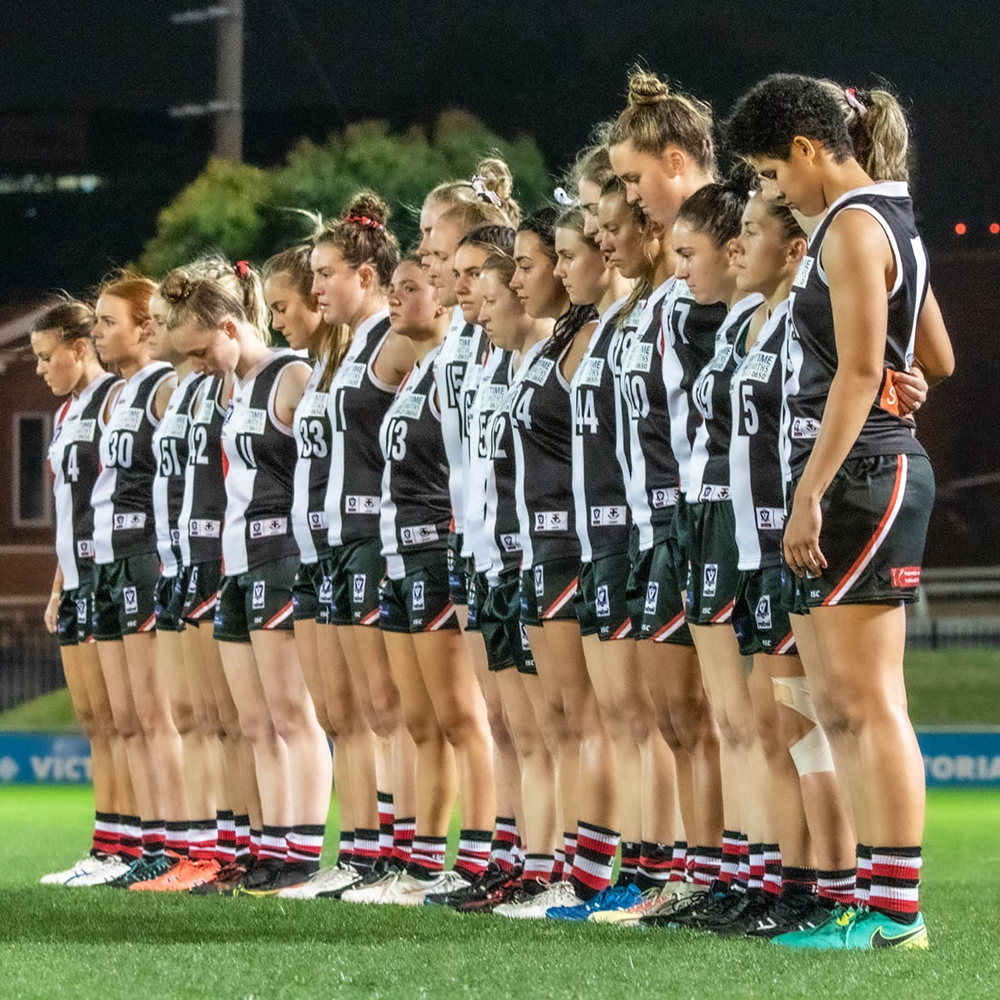 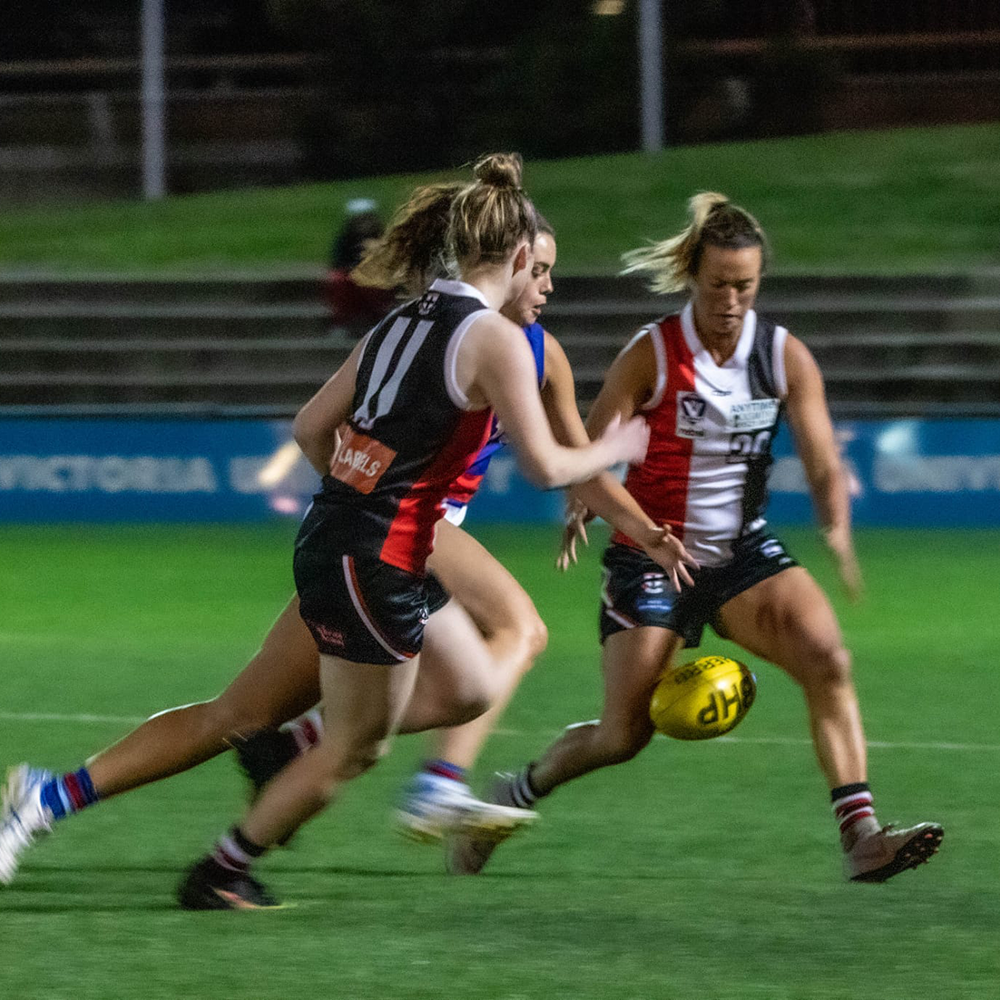 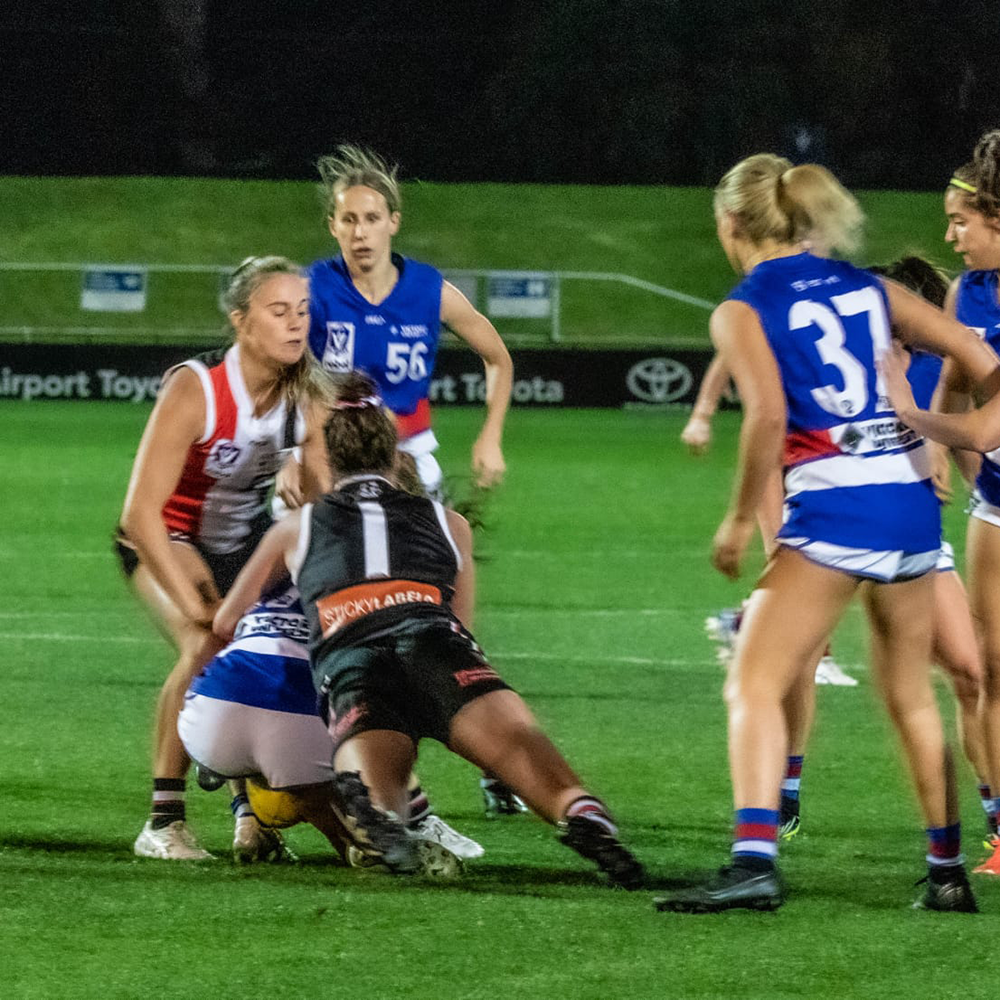 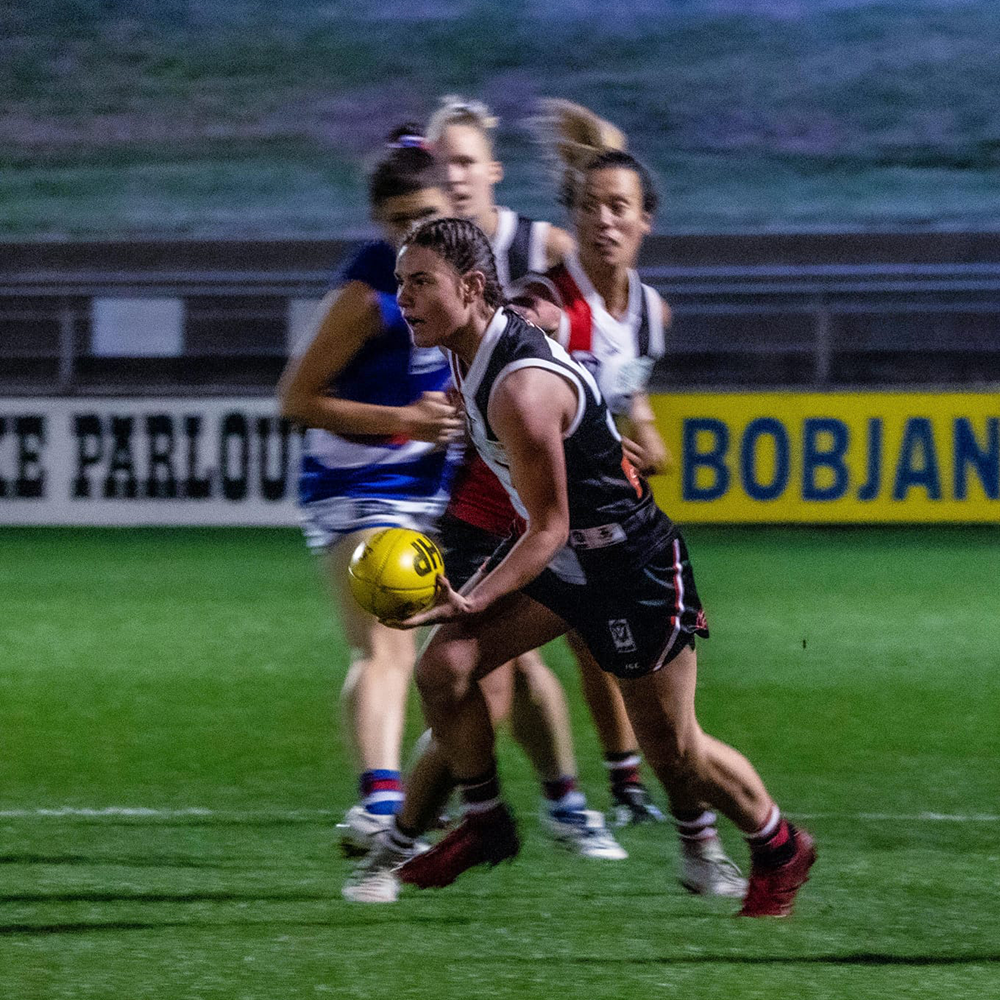 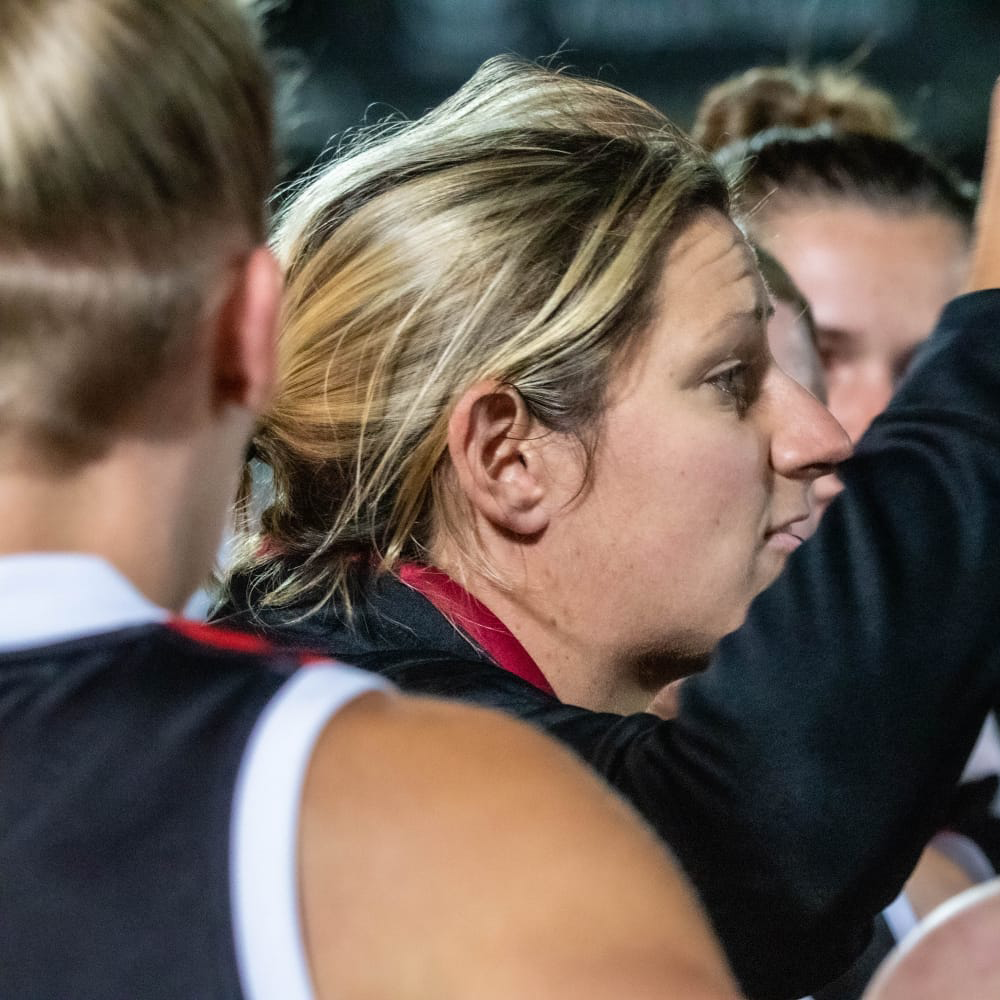 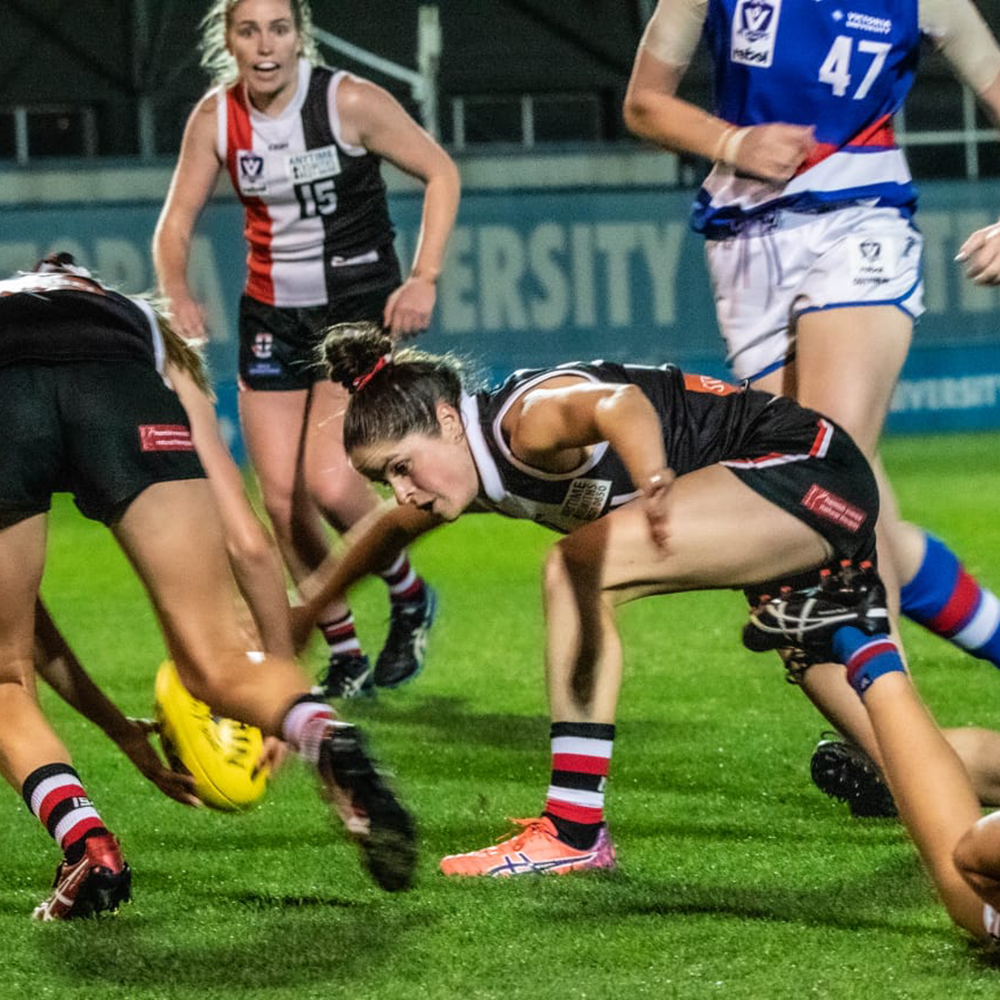 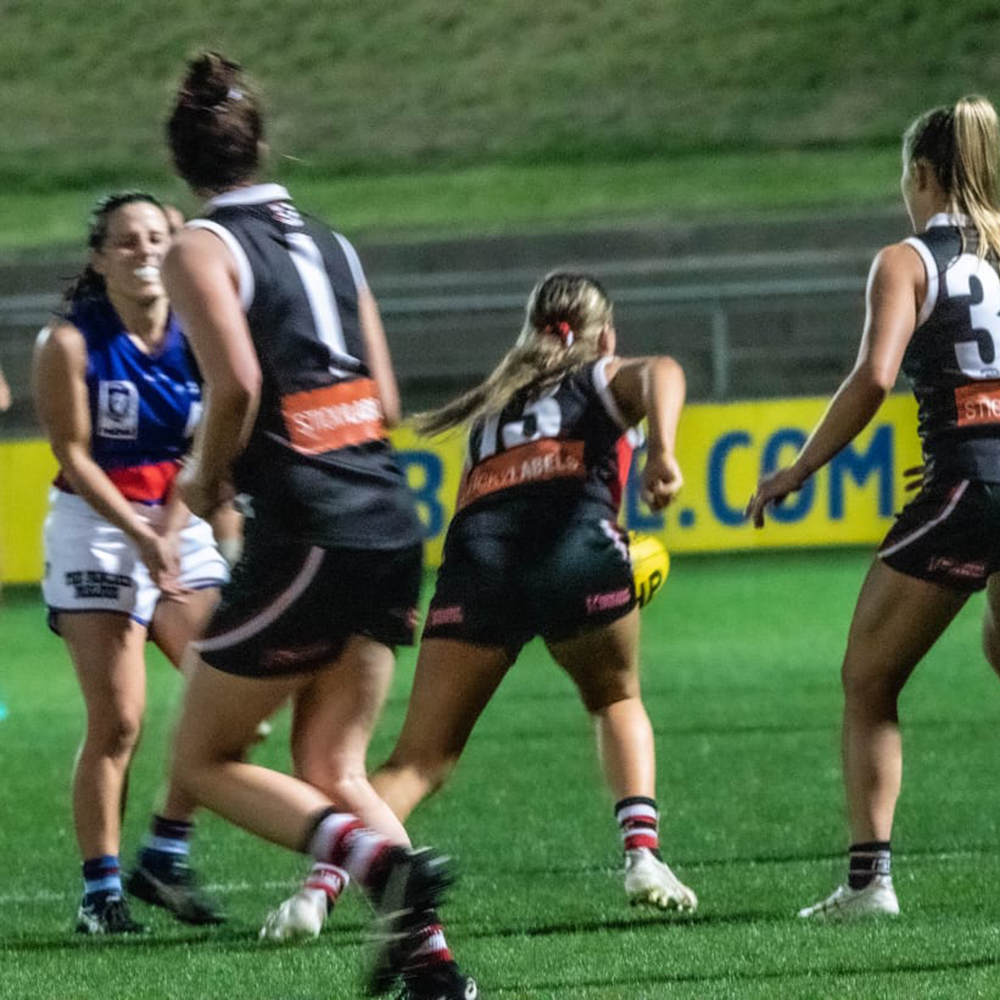 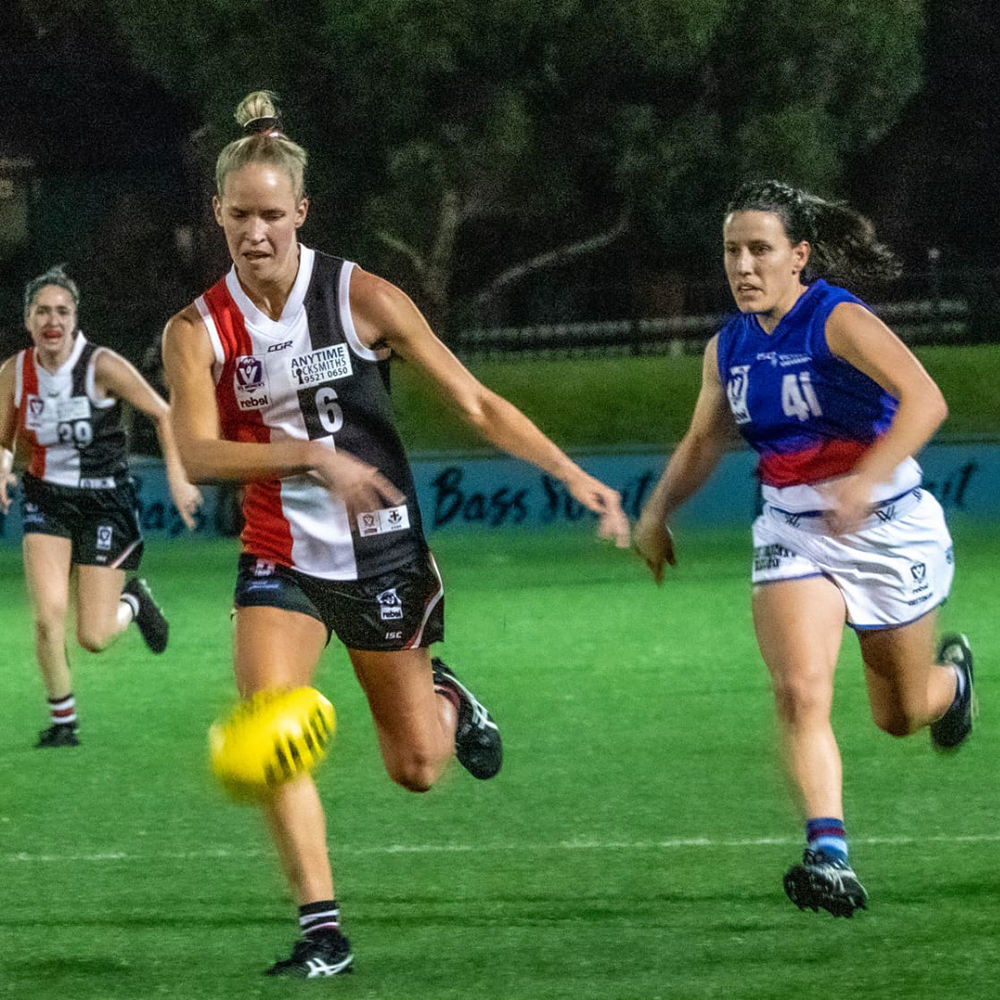 The excitement could be felt around the ground, as a strong crowd turned out to watch the sides go into battle on a perfect night for football under lights.

However, as the game got underway, both teams failed to get a grip on the contest early.

Molly McDonald started the game well and was working hard on a wing to push the ball forward, however the Bulldogs defense was holding firm, as the Saints struggled to score.

At the other end of the ground, Ebony Nixon and Ebany Vanderheym were rebounding well off the halfback line, as the Saints utilised the width of the ground and showed their footskills early.

However, both teams failed to get on the board with any goals as the teams went into the quarter time break separated by a couple of points.

The second quarter started much like the first, and again it was the Saints who applied the early pressure.

Eventually, it was the skipper Deanna Jolliffe who broke the deadlock, after she managed to force a turnover and confidently finish her set shot.

The Bulldogs started to apply some forward pressure of their own, but the Saints defenders stood tall with Millie Peck intercepting on several occasions.

The Bulldogs hit back with an enormous goal from Danielle Marshall, as they took the lead in a tight contest going into halftime.

Coming out of the main break, the Saints were looking to lift the intensity in what would prove to be a pivotal half for both teams' season standings.

However, the Bulldogs got the fast start to the quarter, as they extended their lead with a quick goal out of congestion.

The Bulldogs threatened to pull away, but they struggled to find the goals and kept the Saints in the contest.

Jolliffe was leading from the front as she worked hard in the middle and pushed back into defense to help out.

Melanie Bertuna and Hannah Stuart started to get involved around the stoppages, whilst Tayla Kearns and Tara Bohanna were providing the targets up forward, but the Saints couldn’t find an avenue to goal.

The Dogs continued to pepper the goals, but they left the door open for the Saints as the teams went into the final quarter separated by just 11-points.

The Saints got the perfect start to the fourth, as Kayla Ripari was able to finish a brilliant goal on the run from a tight angle.

The energy around the ground lifted as the crowd could sense the importance of the game for both sides, but it was the Bulldogs who hit back quickly as they restored their lead.

The Bulldogs’ tall forwards were a problem all day and continued to mark the ball well overhead in the last quarter, as they were proving difficult for the Saints to manage.

The Saints fought hard to get back in the contest, but another Marshall goal put the game beyond reach, as the Dogs came away with a hard-fought victory by 17-points.

The Saints are now 3-5 for the season and remain sixth on the ladder and have some work to do as they continue to push for finals.