The Southern Saints defeat Carlton at Wilson Storage Trevor Barker Beach Oval to record their 4th win in a row. 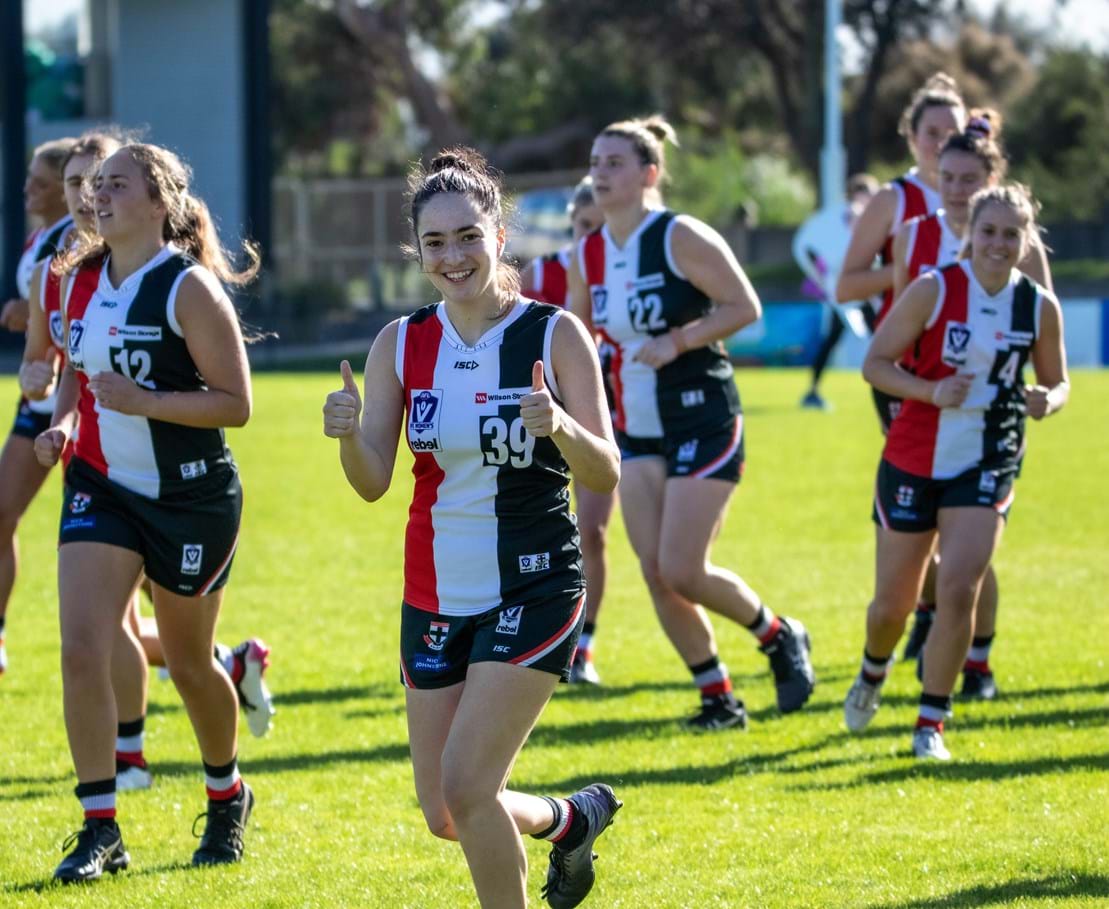 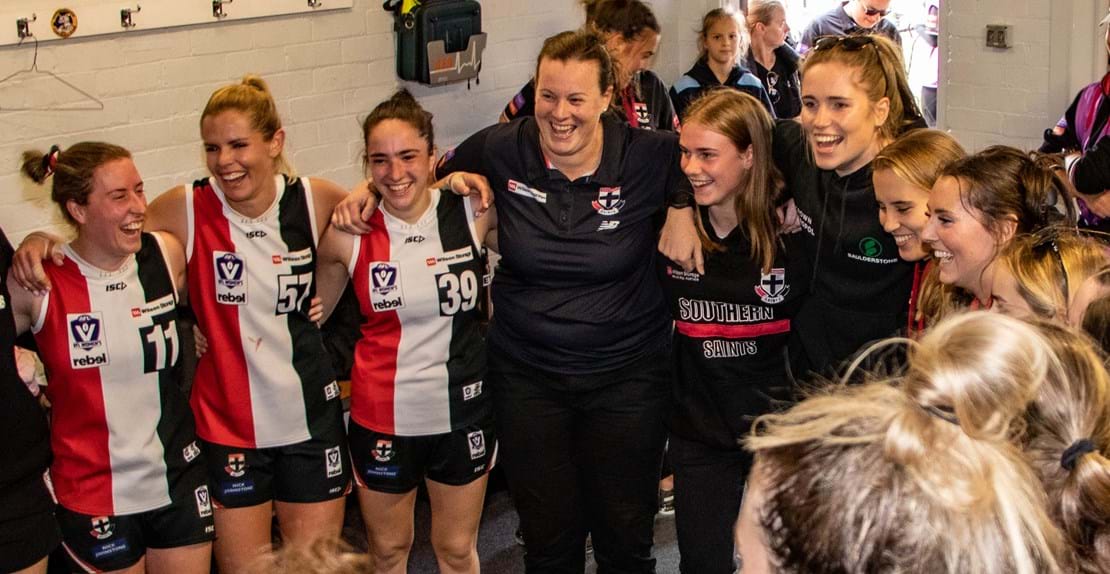 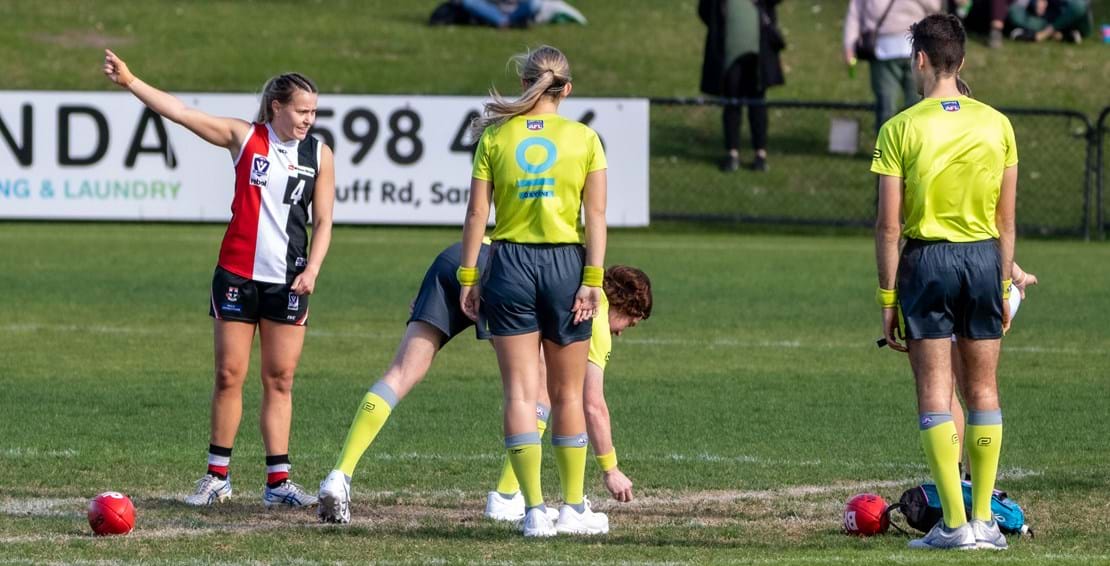 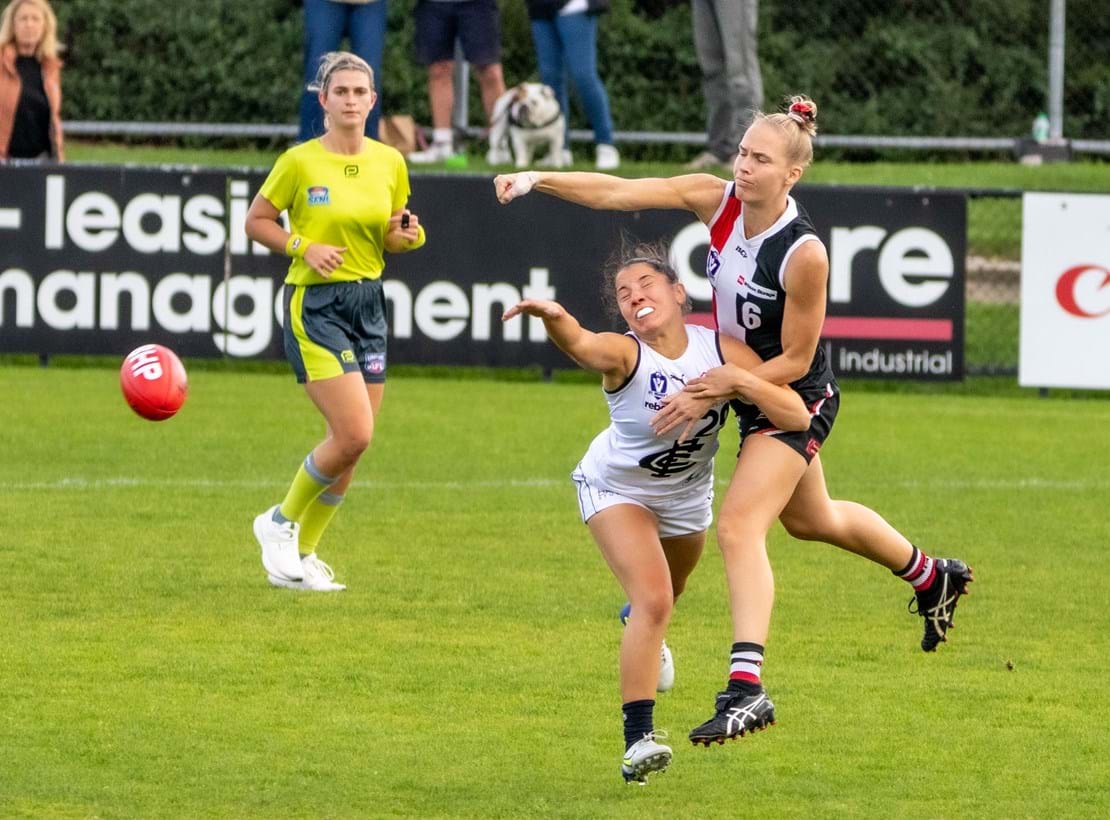 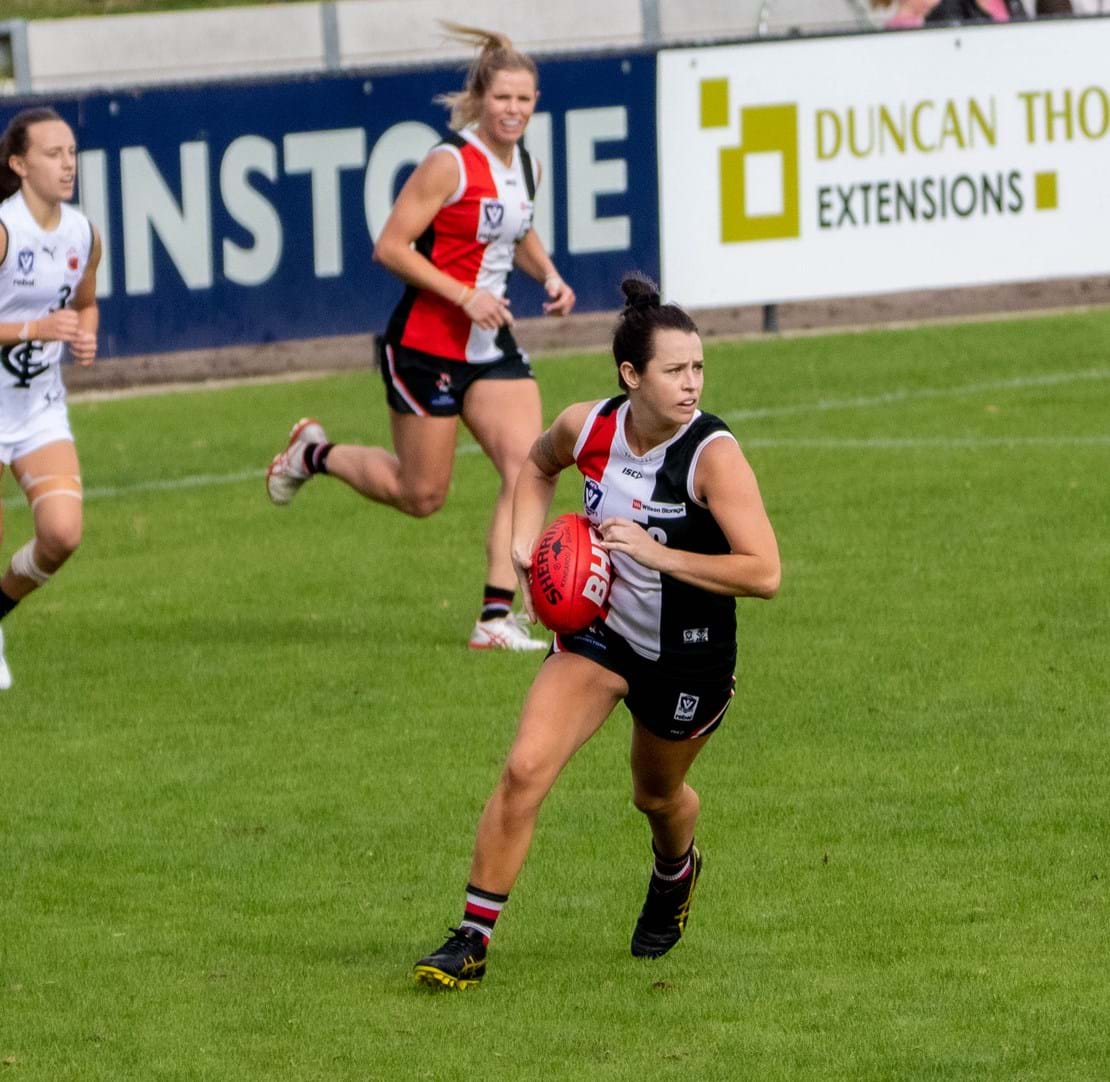 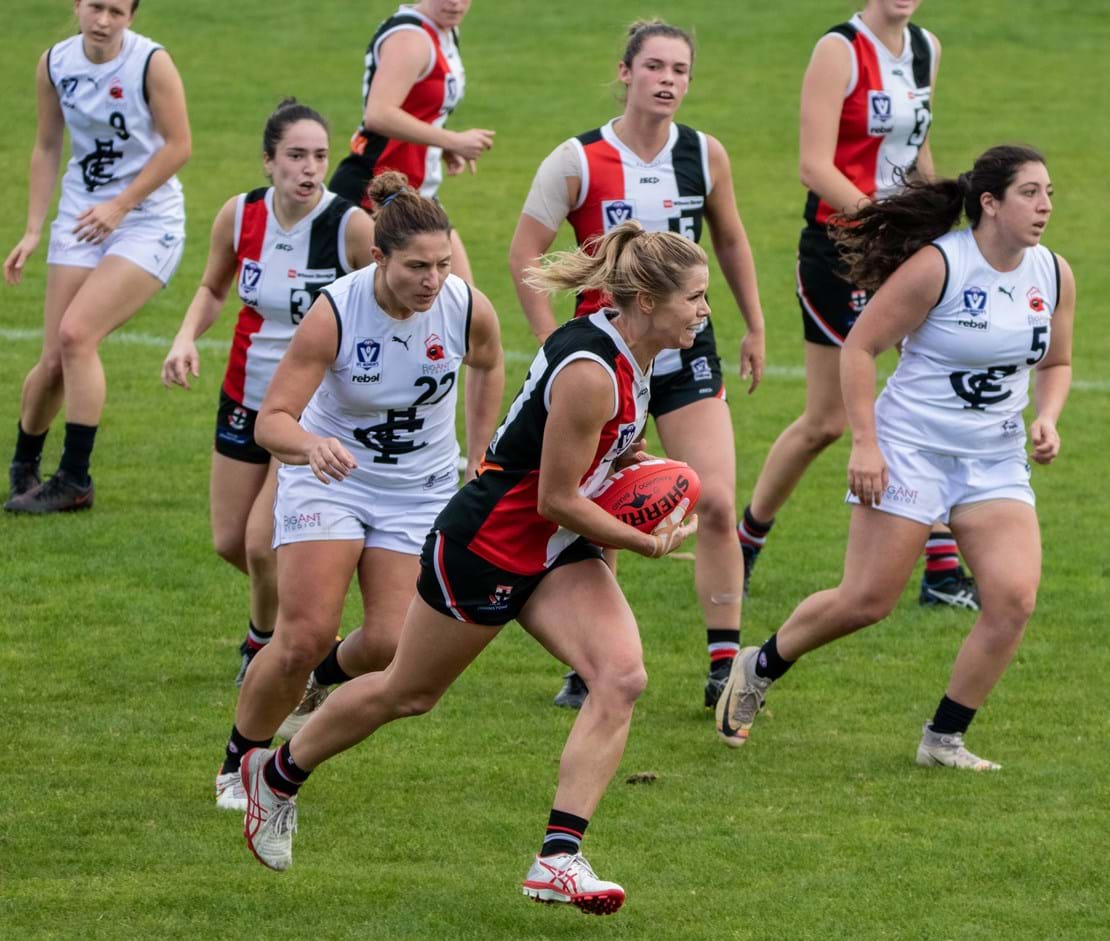 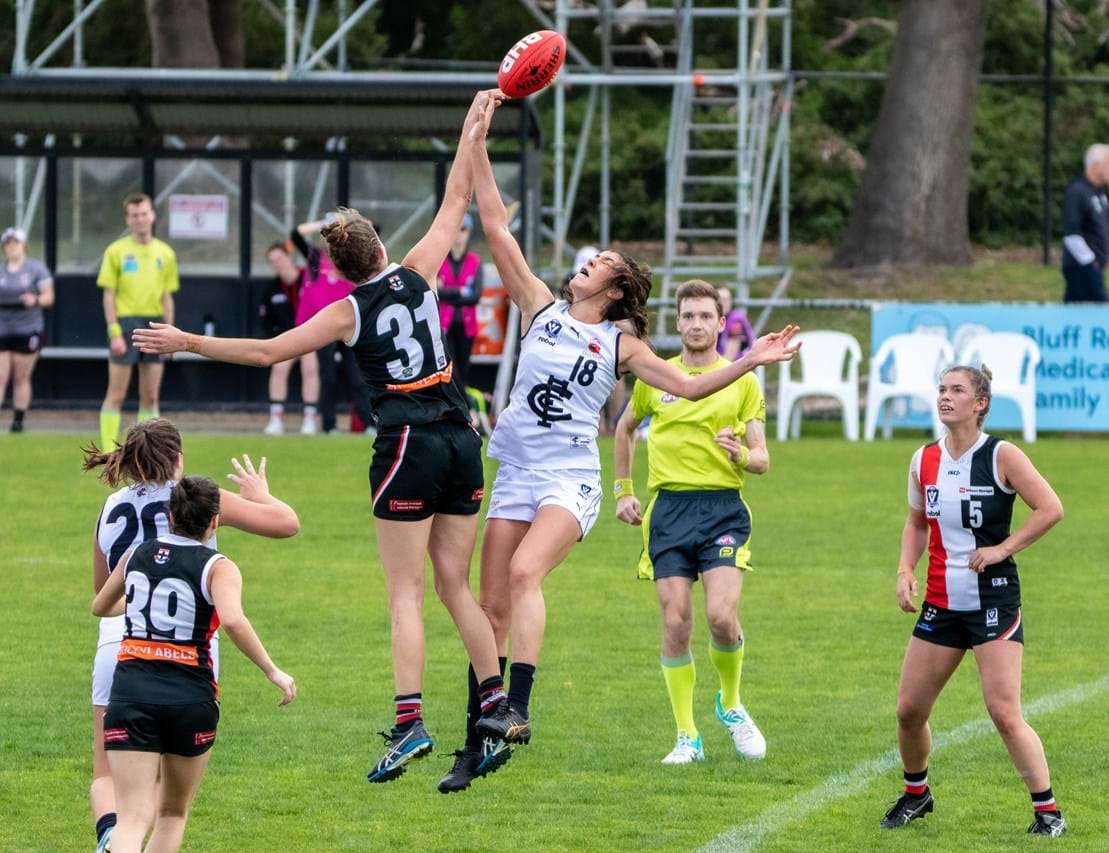 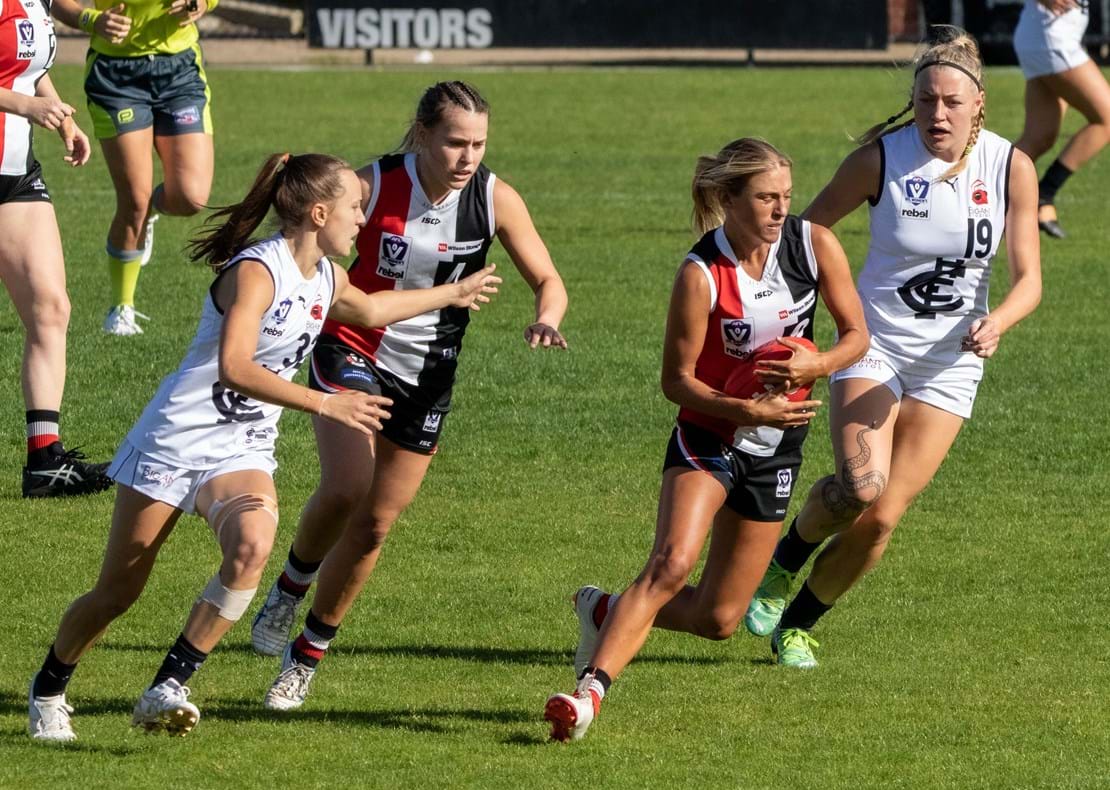 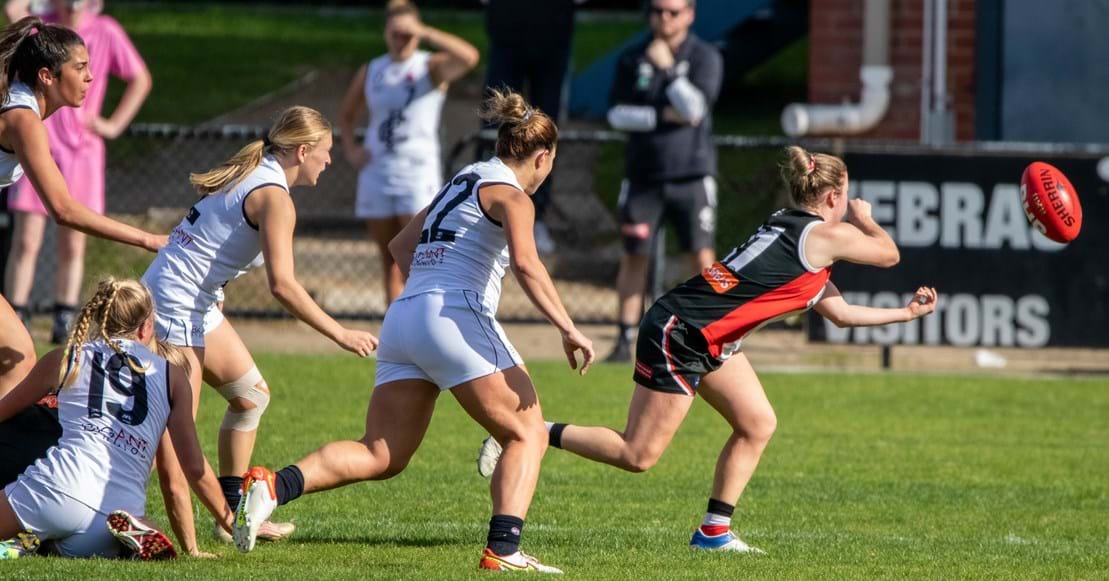 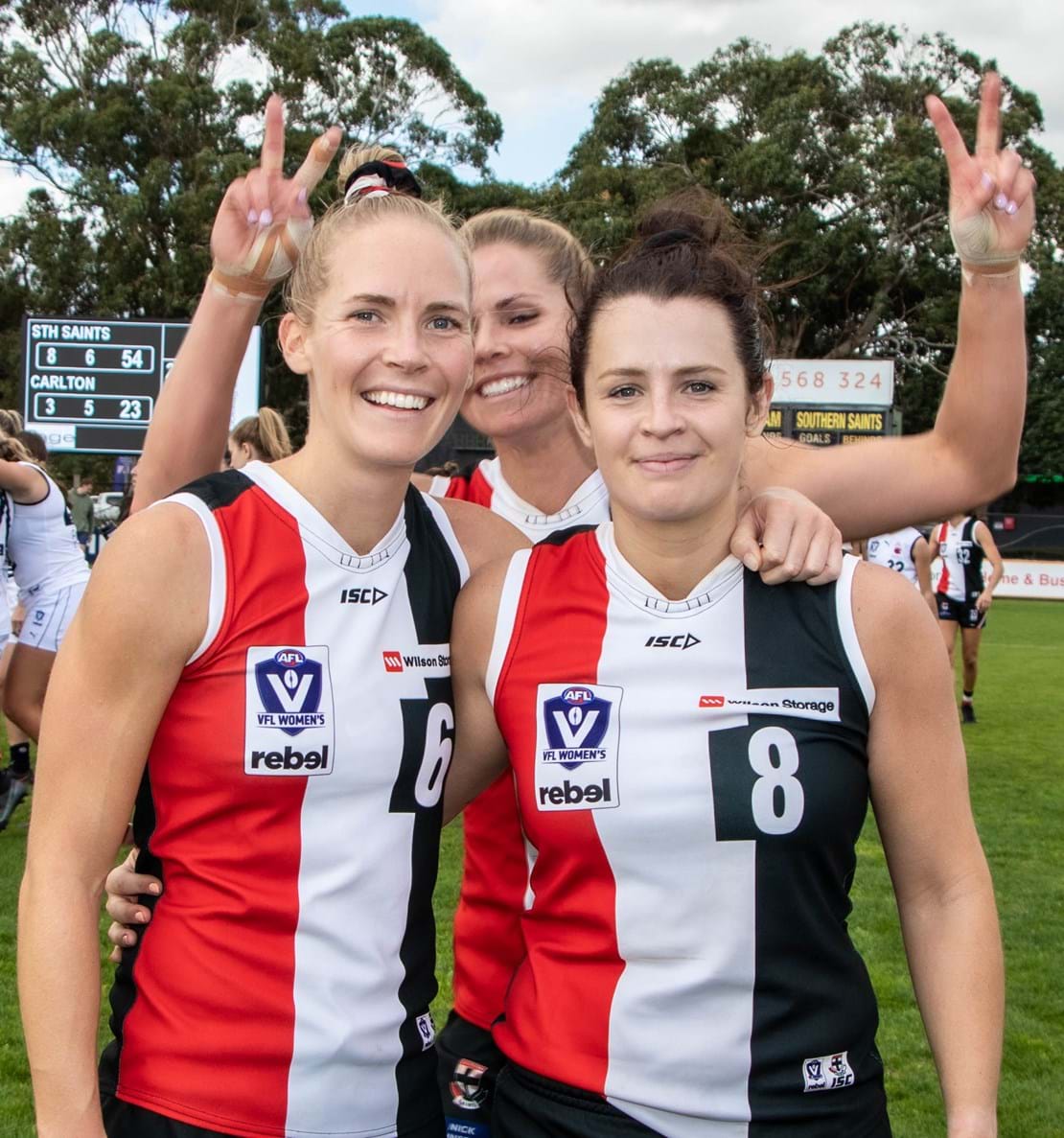 We continued our strong season with a 31 point win over Carlton at home, whilst extending our unbeaten run to 4 weeks.

Hannah Stuart once again racked up big numbers as she moves to 4th place in total disposals across the league this season.

Alana Woodward was also hard at the contest all day allowing outside runners to get the ball in their hands.

Like most weeks it was a hot start to the game, the sun was shining and the pressure was on from both sides. Each team could only add a behind in the opening 9 minutes as the ball went from end to end.

Halfway through the first quarter, Chanelle Slater lead up and took a mark on the half-forward flank, quickly turned around and hit a seemingly impossible corridor kick to find Kayla Ripari in between 3 Carlton defenders. A 50m penalty meant that Ripari was able to walk the goal in from 10m out and we were on the board.

Only 2 minutes later, Woodward won the contested ball and quickly snapped it out of the pack to find Tayla Kearns 35m out on a very sharp angle.

For any normal person this would be an almost impossible kick, but not Kearns. Replicating her banana kick from round 7, she casually went back and curled it beautifully through to give us our 2nd goal of the game. If she does it again next week then it will have to be renamed the 'Kearns Pocket'.

With 2 minutes to go in the first quarter, Slater did a 'Tom Hawkins' and grabbed the ball out of the ruck inside forward 50 and snapped a goal, something we have seen her do before, to give us a 20-1 quarter time lead.

The second quarter started much like the first with neither team being able to score. It was back and forth with both team's defences holding up. Carlton's early attacks were stopped by Hynes and Jolliffe.

It wasn't until 11 minutes into the quarter that Nicki Cormack was able to craft a kick to Kearns inside 50. She went back and put her second goal through from 30m out.

The Blues managed to sneak in a late goal as we took an 18 point lead into the main break.

A couple of shots on goal to start the 3rd quarter but we couldn't find the big sticks as the quarter once again started off slow scoring-wise.

8 minutes in, courtesy of a Carlton kick out on the full, De Angelis was presented with a 35m kick from the boundary line. She swung around onto her right foot and was able to guide it through.

This goal was quickly met by a Carlton goal as they managed to stay just within reach.

To make sure there was no chance of a comeback, Grace Buchan continued her good start to the game and hit up Ripari inside 50. She looked like she was about to run in and have a shot on goal but at the last moment she lowered her eyes and squared a kick up to the leading Slater. Slater put it through to give us some breathing space.

The margin was put out to an unattainable 30 points very deep in the 3rd quarter as Millie Peck went back from 35m out and converted her free kick into a nice goal.

It was all academic in the last quarter, Carlton came at us a little bit but our defence held up with the back 6 all working together well. Georgia McLean was very solid.

With 7 minutes to go in the match, a great individual effort from Ripari saw her get her second goal. She smothered a Carlton kick, ran onto the loose ball and kicked a goal.

A late Carlton goal brought the margin back a tiny bit as we ran out 31 point victors.

We now look to next week where we have the opportunity to go one better than our draw earlier in the year and knock off the ladder-leaders Essendon at home!