Inspirational co-captain Tara Bohanna was crowned the 2021 Southern Saints Best and Fairest on Saturday Night in recognition of a brilliant year for herself and the club. 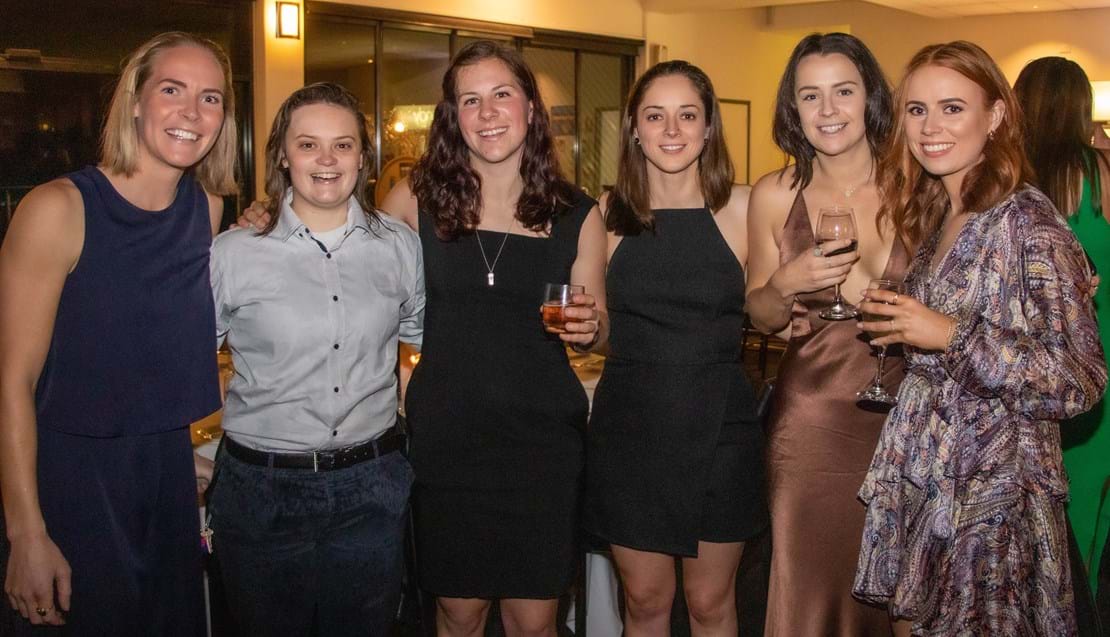 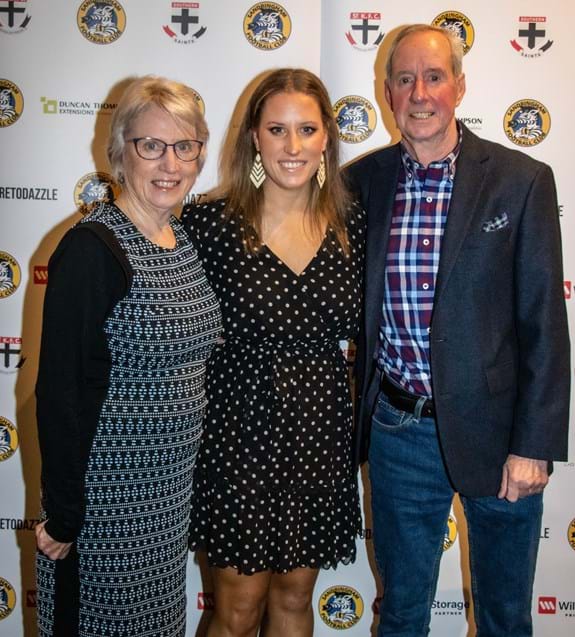 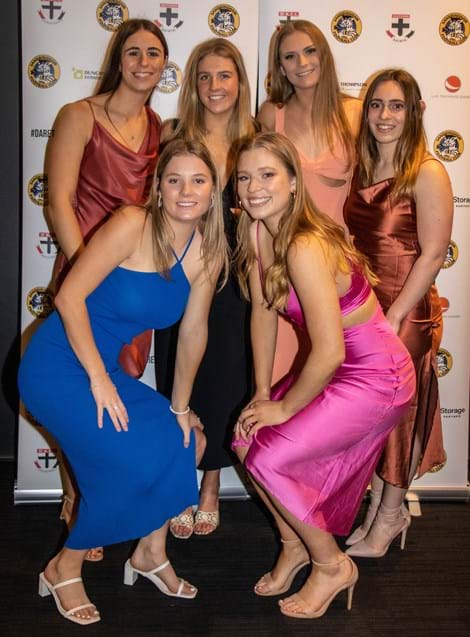 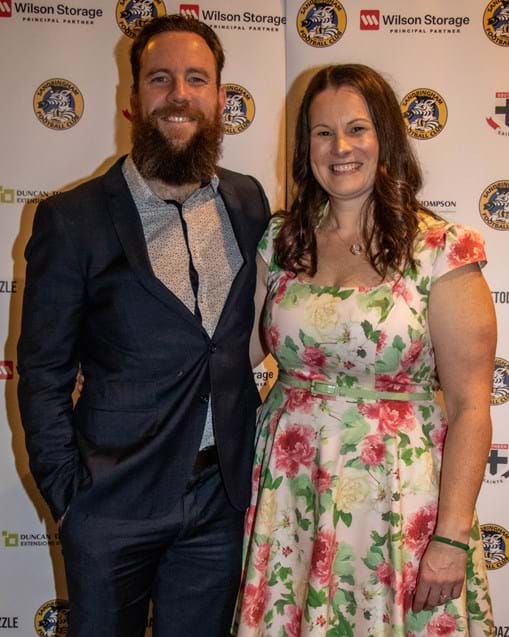 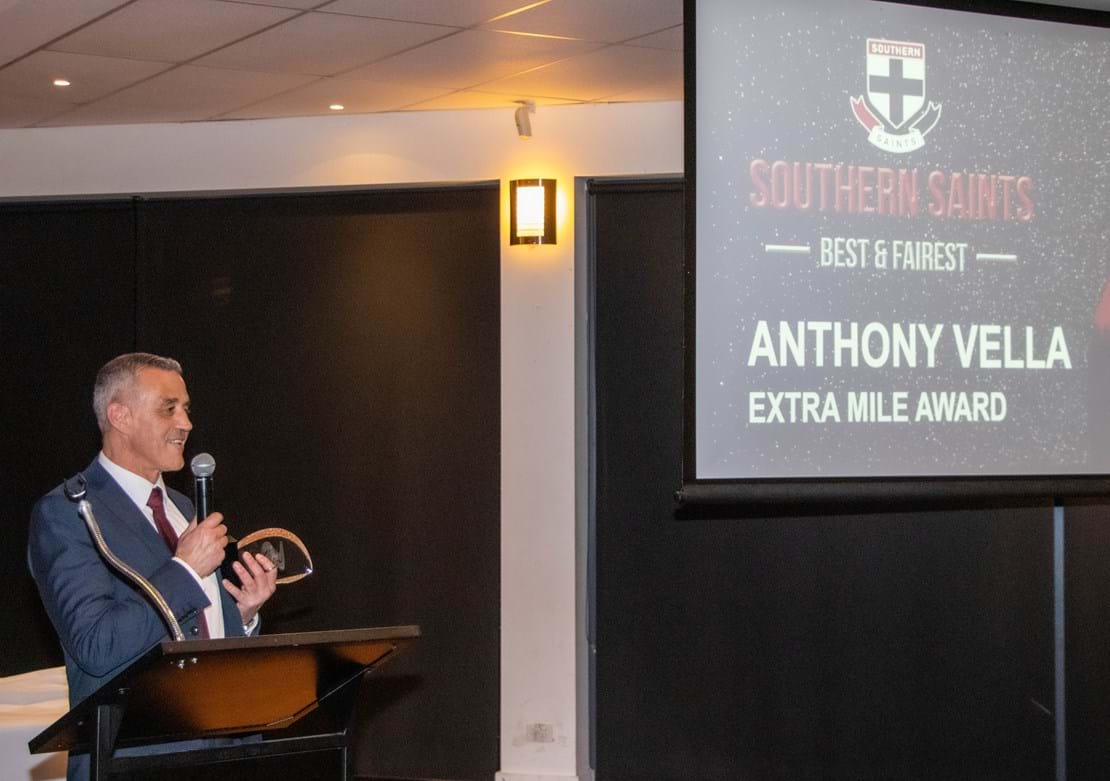 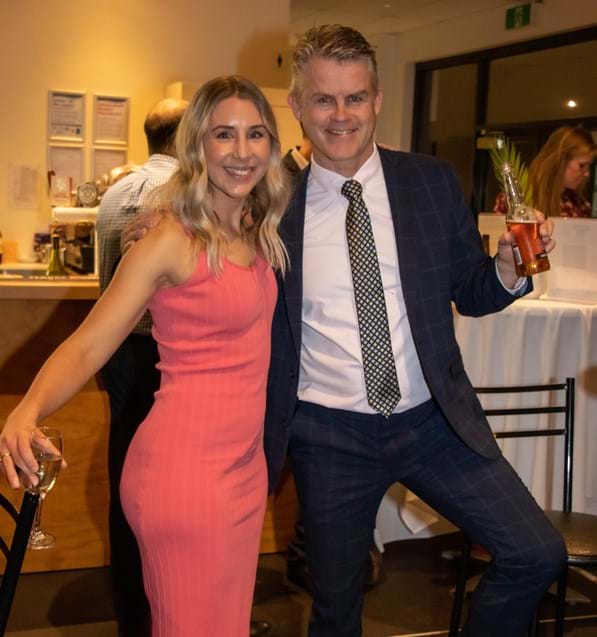 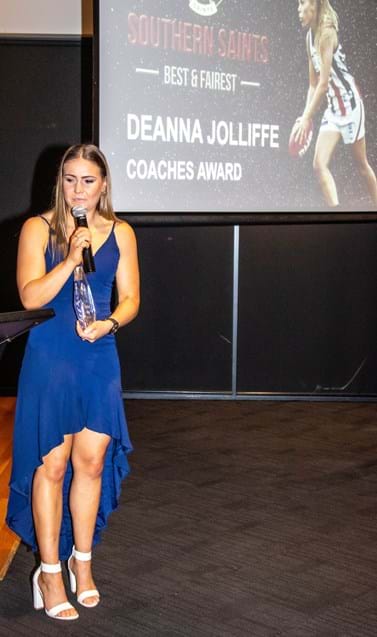 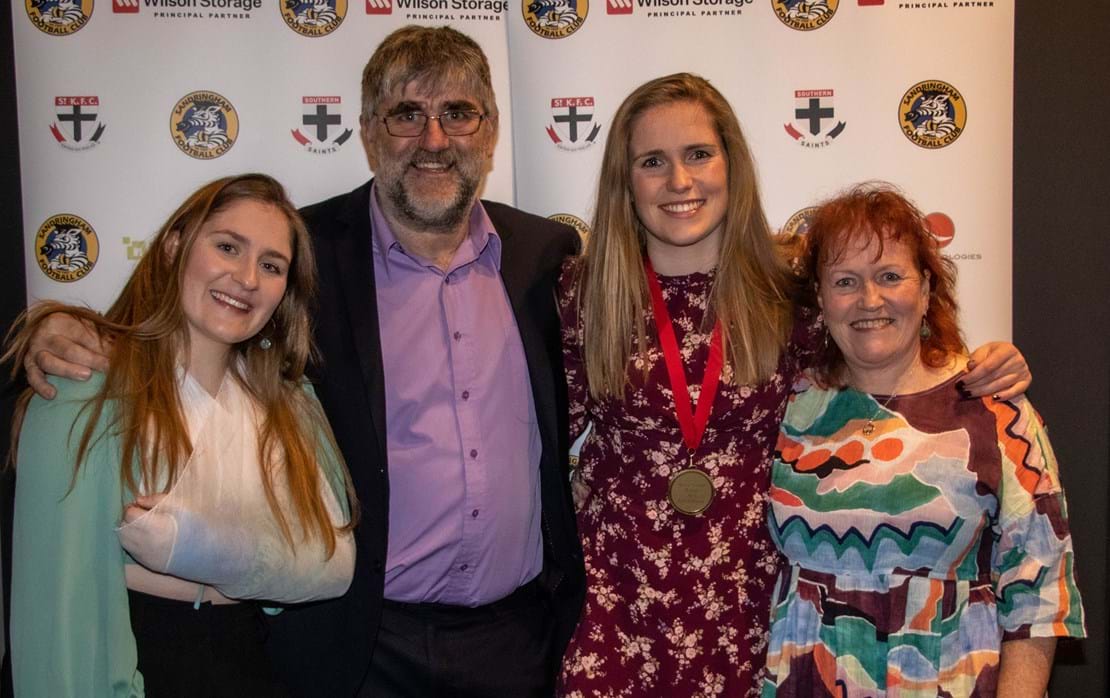 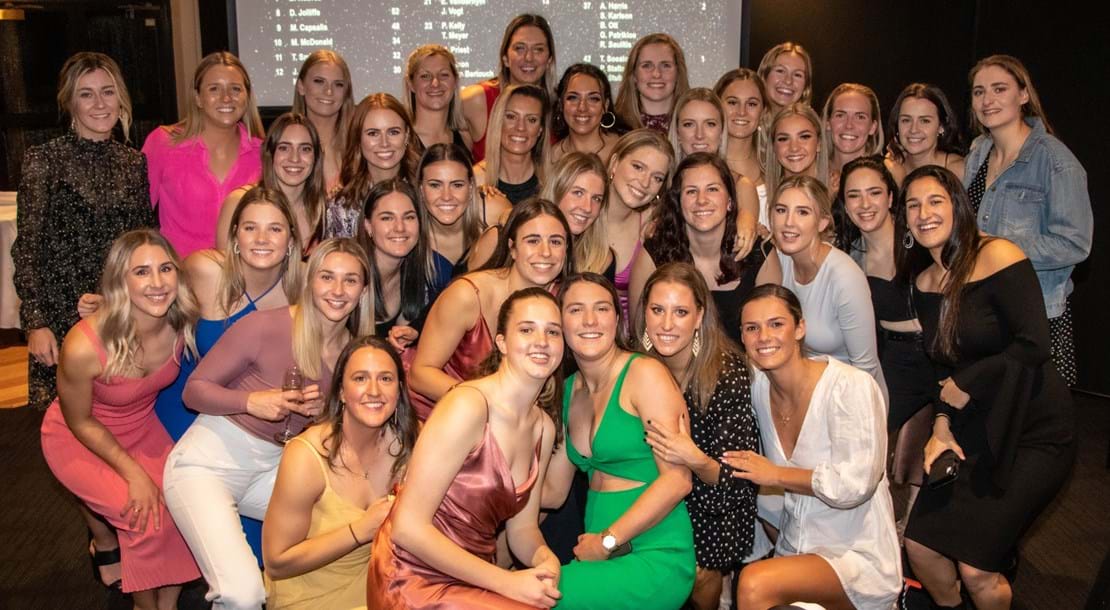 Bohanna polled 94 votes to runner-up Hannah Stuart’s 83 votes, in a tight count between the key forward and midfielder where little separated the pair for most of the night.

After 6 rounds, Bohanna led Stuart 36 votes to 33 and extended her lead over Stuart to 9 votes by round 12, a lead that would soon become unassailable.

Bohanna spoke glowingly about her time with the club and said she was excited about what Season 2022 might bring.

“I can’t wait to get stuck into pre-season and even the 2 kilometre time trial,” she said, as rapturous applause broke out across the room.

“Behind each individual performance is an amazing team and it all comes down to everyone that’s involved, from parents, players, medical staff, physios and trainers,” she said.

Emerging ruck Ali Hynes polled fifth with 60 votes and was rewarded for her breakout year with the Southern Saints Best Emerging Player award.

“I laugh when I think about how we used to call her an undersized ruck, because what she’s done for us this year has been incredible,” Robinson said.

Robinson also announced Tony Vella, a long-time volunteer and team manager of the Southern Saints, as the winner of the Extra Mile Award for “playing a significant part in building our culture around inclusion, openness and trust.”

In other awards, outgoing co-captain Francesca ‘Frankie’ Hocking was crowned the 2021 Sainter of the Year in recognition of her strong leadership and contributions to the club.

Defender Lucy Burke finished in sixth place with 56 votes, with Rebecca Neaves and Deanna Joliffe trailing her in seventh and eighth on 54 and 52 votes respectively.

Madi Capsalis and Molly Mcdonald rounded out the top 10 with 48 and 34 votes on what was a wonderful night for the club to celebrate the 2021 Southern Saints VFLW season.

Bohanna and Stuart with their awards